Gunpowder Milkshake represents a dichotomy of feminist purpose. On the one hand, Israeli director Navot Papushado’s entry into the increasingly banal John Wick subgenre of action films is incredibly stylish, generally well filmed and obviously designed with tongue firmly planted in cheek. On the other, the film represents the very worst of commercial screenwriting, with everything spoken aloud as risible as the action is awesome. This kind of balletic, hyper-violent thriller saw its genesis even before the eponymous Keanu Reeves gunplay franchise, with films such as The Boondock Saints, John Woo’s The Killer, Luc Besson’s Leon: The Professional and La Femme Nikita, and Renny Harlin’s The Long Kiss Goodnight featuring in the genetic material of Gunpowder Milkshake’s bullet-frenzied narrative and too-clever-by-half femme fatale swagger. Problematically, this Milkshake can’t hold a candle to any of those films, or even modern female-led exponents such as Atomic Blonde or Peppermint, mainly because for all the stylized violence and sense of reverse-John Wick vengeance, the characters as asinine and the accompanying dialogue truly laughable, reducing what ought to be a kinetic bloodbath of action into an orgy of slo-motion carnage that fruitlessly withers on the vine rather than exemplify the strong feminine aesthetic the director was obviously aiming for. 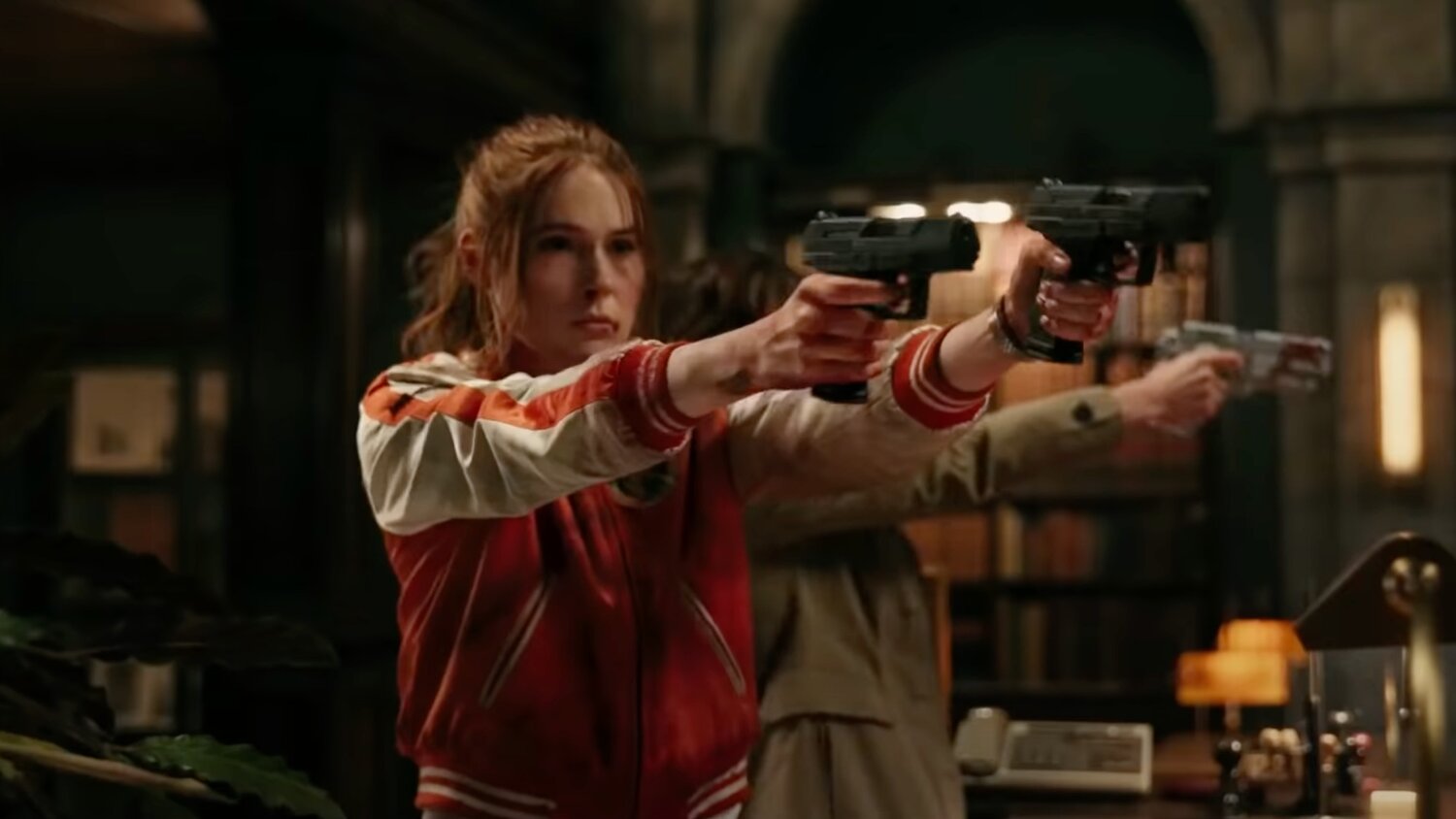 After being abandoned as a teen by her mother (Lena Heady – Dredd), master assassin Sam (Karen Gillan) works for the mysterious Firm, under the control of her handler Nathan (Paul Giamatti – San Andreas), offing people he tasks her to kill. After accidentally killing the son of McAlester (Ralph Ineson – Ready Player One), the leader of a powerful criminal organisation, Sam also kills the father of a little girl, Emily (Chloe Coleman) as part of another mission. Now, with Emily in tow, Sam is abandoned by the Firm when McAlester’s hoods come for her, leaving her with not option but to seek sanctuary with her mother’s former allies, a trio of fellow assassins in Madeline (Carla Gugino – Watchmen), Florence (Michelle Yeoh – Crazy Rich Asians) and Anna May (Angela Bassett – Black Panther), whereupon she also reunites with her long lost mother. Together the quartet spring into action to save Sam and Emily and seek redemption for violence inflicted upon their past. 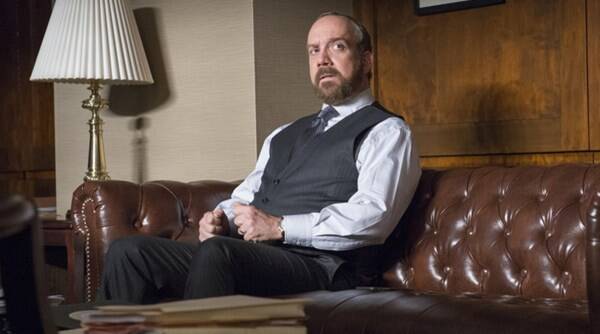 In some sense, Gunpowder Milkshake is exactly the kind of film I’d have gone gaga for twenty years ago, when all I cared about were cool shots, dynamic editing and a slew of bloody kills. This film delivers on that, and in spades. Whilst early sequences in the film feel a little wonky, and a bowling-alley fight sequence as clumsily performed and shot as I’ve seen in the last decade, the plentiful gunplay, physical violence and defying of all laws of physics in the film’s latter half is considerably entertaining for sheer ferocity and dynamism. About the only trope Gunpowder Milkshake doesn’t deliver on with its hurly-burly concussive action is a Mexican standoff – I was disappointed in this, to say the least – but if you are here for simple vacuous action then you’ll most likely enjoy the whole dire mess. Sadly, with these kinds of films I expect a modicum of intelligence behind the story, and it’s here the film fails entirely. 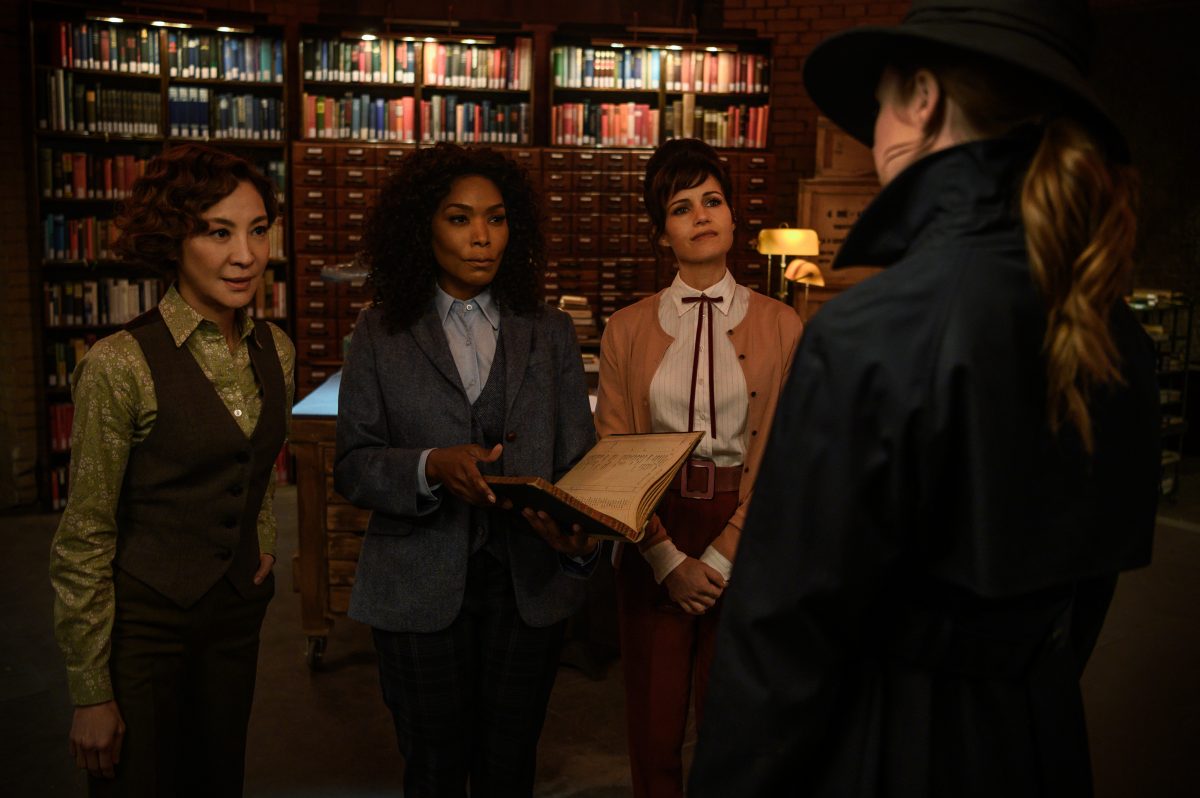 Written by Papushado and co-screenwriter Ehud Lavski (better known for his webcomic platform EL Comics), Gunpowder Milkshake feels like a ripoff of great spy or espionage films at first, with secretive agency “the Firm” an analogous stand-in for any number of spycraft tropes (notably MI:6 or Control) and its grab-bag of highly skilled operatives loaded to the hilt with armaments and kickassery, although the way this film cribs from other, better offerings seems illegitimate and borderline plagiaristic. The plot is the most base, least complicated example of this genre it’s possible to achieve, each character within a simplistic cliché of something we’ve seen done more acutely elsewhere, and for the entire time I watched Gunpowder Milkshake I couldn’t shake the feeling I was watching a pastiche of far more complex films than anything original. There is nothing original about Gunpowder Milkshake, which is arguably its most pointed flaw. 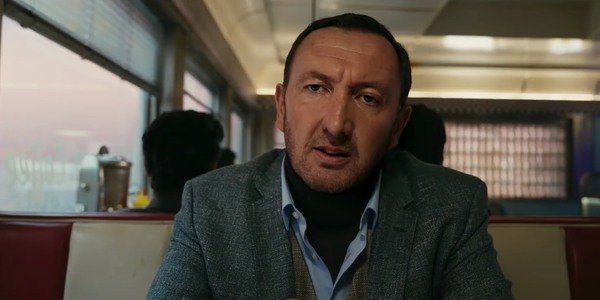 Mixed into this strident neon-infused homage is Karen Gillen’s ubiquitous assassin maestro Sam. Gillan has made a name for herself within the Marvel Cinematic Universe as Nebula, and within the Jumanji franchise, but her stand-alone leading role films (Oculus, anyone?) have generally been nothing to write home about. Gillan is more comfortable in an ensemble, and while Gunpowder Milkshake gives her quite the jaw-dropping cast of beauties to bounce off acting wise, her leading lady status is given short thrift with a generic, pointless character arc, middling fight sequence chops and liquid-spitting needle-drop line delivery that deadens what little fun there is to be had here. Encumbered with dialogue more suited to redband trailer soundbites, Gillan struggles to differentiate both her character and this film from the glut of John Wick clones starting to clog up the action film pipeline, and no matter how stylish Papushado lenses this thing neither he nor his top line cast can eke out any semblance of depth or emotion from the gleeful violence. 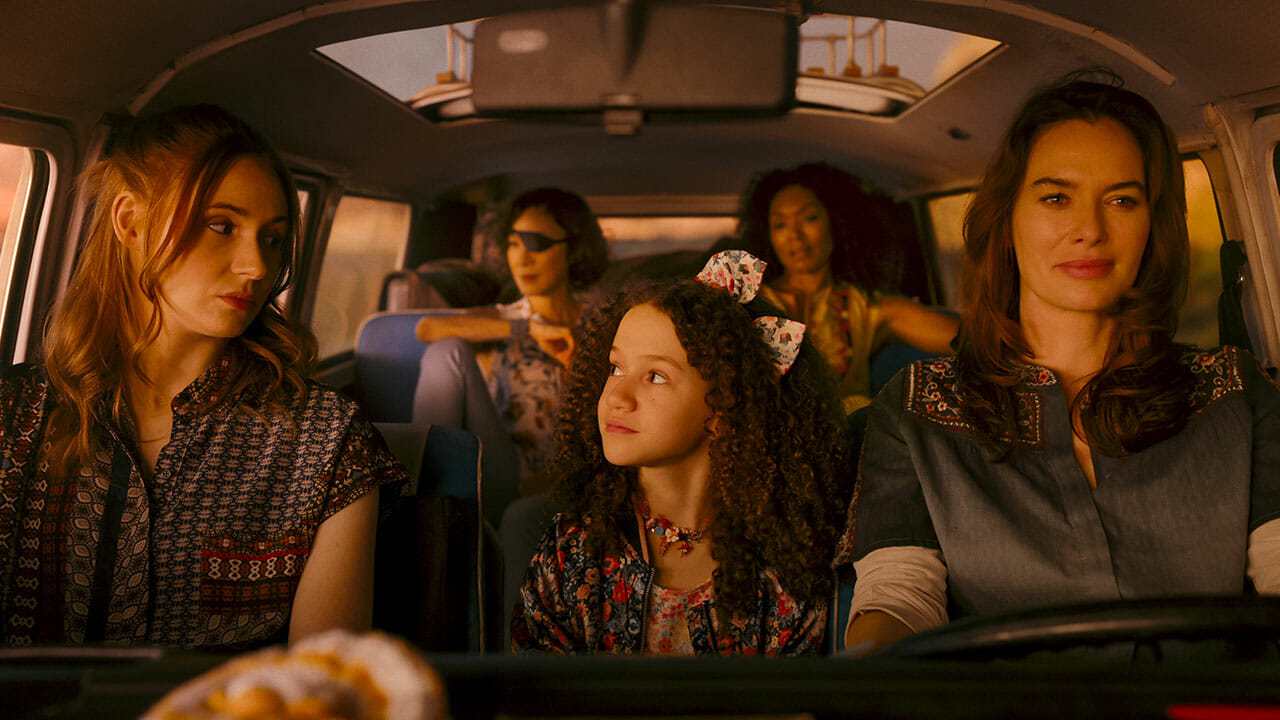 Supporting Gillen in the cool-looking department is the likes of Angela Bassett, Michelle Yeoh and Carla Gugino, as well as Lena Heady and the ever-reliable Paul Giamatti, and they all do a solid job with poor material in widening the film’s world-building as best they can, but most of the time it’s all for naught. The wanton violence is played too over-the-top, too cartoonish to feel anything other than like watching somebody playing a weird computer game, whilst the endeavours of character development, as brief as it is, is undercut by the film’s refusal to avoid stylisation to the degree it actually works against the story and people within it. Papushado’s camera rarely stops moving, conventionality alien to the visually stylish which would be cool if the story was more interesting or the character better developed. Sadly, the screenplay’s tin-eared dialogue and misfiring desire to turn every second beat into some huge, operatic capital-E event don’t just dissipate the inherent thrills for easy gag kills but reduce the overall impact of potentially emotional character deaths (when they occur) because we simply don’t care about what’s going on. The film misjudges playing things for laughs (a brilliantly executed medical hallway brawl with a semi-incapacitated Gillan is hilarious, for example) and seriousness, while the climax of the movie seems to come out of nowhere and be entirely anticlimactic. 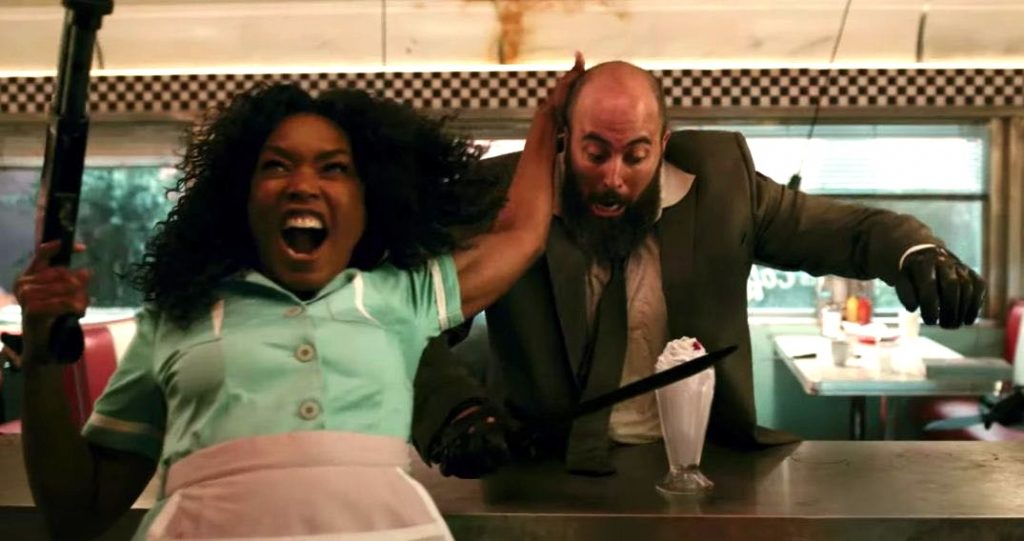 If nothing else, Gunpowder Milkshake certainly looks stylish. DP Michael Seresin (War for the Planet of The Apes, Harry Potter & The Prisoner Of Azkaban, Midnight Express) gives the film a saturated colour palette and a vivacious, crisp visual look that plays deep into the pulpy comic-book premise. It’s about the only real positive note in a film that skims superficiality supremely, acing the jetsam of action and failing the flotsam of character and story. It’s all too rare we see female-led action films (even now, post #MeToo) and I hate to say it but Gunpowder Milkshake isn’t going to be winning any plaudits from people looking deeper than the bullets and blood. It’s certainly nice to see Gillen, Heady, Gugino and Co all having a blast (it must have been an amazing time on set, if the frenzy of action is anything to go by) but I just wish it had been a better movie. It’s certainly not a good one, led by a bland, mindless plot we’ve seen a thousand times before, with characters so choked by cliché it’s a wonder there’s no scene in a hospital, that not even delirious action or blistering gunfights can assuage the disappointment. Intelligence, thy name is not Gunpowder Milkshake.