There’s something cathartic about revenge films. The act of seeing somebody live out their fantasies in exacting revenge upon their enemies has always drawn us to these kinds of films, maybe because we can live vicariously through them. Seeing bad guys get their comeuppance in all kinds of violent ways against a usually underpowered protagonist triggers a chemical reaction in people that’s like a drug, and once hooked, few people can escape. Peppermint, starring Jennifer Garner (Elektra, Daredevil), is one such revenge thriller, a fairly obvious John Wick knock-off that is remarkably entertaining, not the least thanks to the gritty direction of Pierre Morel (Taken) and the strong ensemble cast. Gender-swapping John Wick ain’t all this film has working for it, however. While it’s fun to see Garner absolutely shred a platoon of faceless Central and South American goons in her quest for vengeance, Peppermint also has a large amount of heart, although you might miss it if you spend all your time ducking and weaving the onslaught of bullets and carnage. 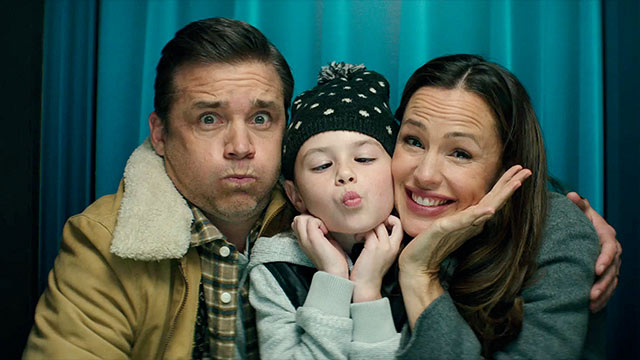 The holiday season, and Los Angeles mother Riley North (Garner) has her world torn apart after the brutal slaying of her husband Chris (Jeff Hephner) and young daughter Carly (Cailey Fleming) at the hands of resident drug-traffiking syndicate boss Diego Garcia (Juan Pablo Raba – The Marksman, Narcos). When the justice system fails her through corruption, Riley disappears from the face of the Earth, only to reappear give years later with a single-minded mission: to kill everyone who destroyed her life, and seek revenge on those who failed to help her. Slaughtering lawyers and even a judge, Riley turns her attention on Garcia’s enormous gang, interrupting drug supplies and destroying buildings to cause chaos for the syndicate. Hot on her heels are LAPD Detectives Beltran (John Ortiz – Ad Astra, Bumblebee) and Carmichael (John Gallagher Jr – 10 Cloverfield Lane, Underwater), as well as FBI Agent Lisa Inman (Annie Ilonzeh), who hope to bring Riley in and stop the bloodbath. However, when word of her exploits gets out to the media, she is hailed as a hero, a vigilante saviour, which only fuels Garcia’s rage at hunting her down. 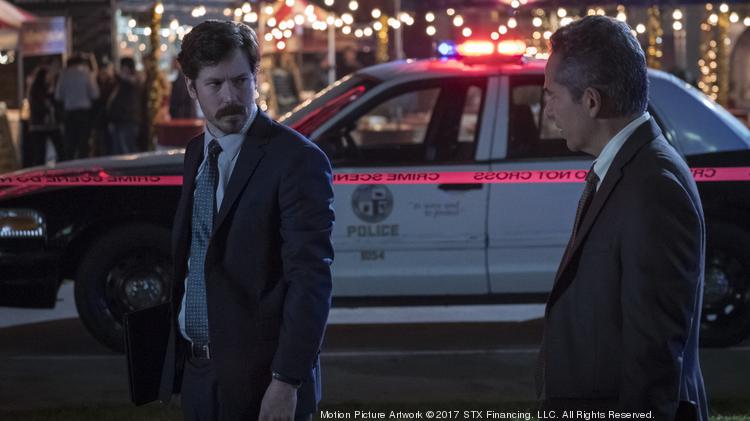 Peppermint operates at the most basic of primal human emotions. Seeing a young family torn apart for no real reason other than a gangsters hatred, and then watching the mother be put through the wringer when the justice system fails to do its job, is something most of us can empathise with, if not relate to somehow. Trading on the maternal instincts of a desperate mother, the film plants Garner’s muscular form front-and-centre as Chad St John’s elementary-level screenplay swings through the motions. Peppermint is not a smart film, nor is it a particularly clever film (although there was one twist I didn’t see coming), and at times it becomes a borderline nonsense, but if you switch off the brain and go with it, it’s vastly entertaining. Alternating between square-jawed stoicism and dewy-eyed sentimentalism, and a simmering undercurrent of rage, Jennifer Garner sports her share of high-powered weaponry and bone-shattering stunt work with a skill and realism that comes up aces. This isn’t a film that really stretches her as an actress: aside from the sequence in which her husband and daughter are gunned down, she spends most of the film staring a hole through vibranium with an uncorked anger as she lays waste to the scum of Los Angeles. 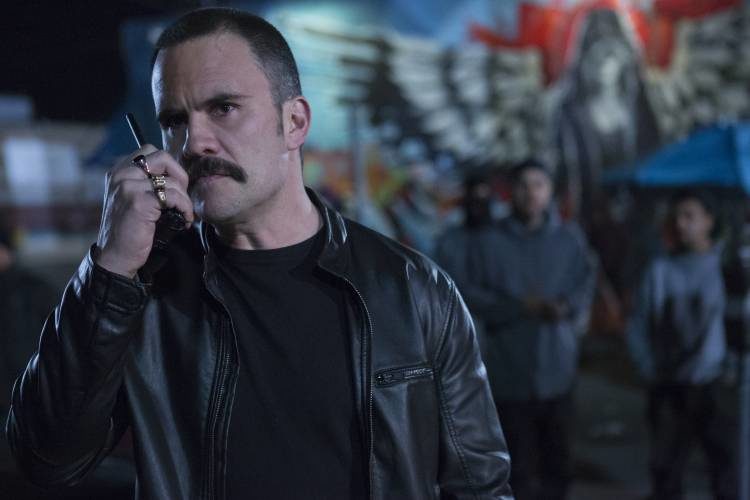 Pierre Morel will always have credit in the bank with me for giving the world Taken, one of the best action films of the last twenty years and arguably Liam Neeson’s finest performance with a gun. His other films haven’t always met the same highwater mark (From Paris With Love was fun but ultimately idiotic, whilst The Gunman was awful – redemption comes in the form of his first feature, District 13, a fantastic action-parkour classic!) but when he’s directing action there are few better. Some would argue that Peppermint steals outright the look and feel of the first John Wick film, but I would argue that John Wick’s action aesthetic finds its DNA mainlined from Taken. So in a way, Pierre Morel had an influence on everyone’s favourite dog-loving hitman. Regardless, Peppermint is a slam-bang wrecking ball of violent femme empowerment, a blood-soaked action time-waster that satisfies even when it doesn’t always click. The film works best when it throws caution to the wind, doubling down on its contrived and often overly-convenient plot points, as Garner’s one-woman army slaughters dozens of faceless goons in a blazing city-wide rampage, typically with explosions and plenty of augmented human carnage accompanying it. The action is shot in today’s modern frenzied style, whiplash-inducing editing and angular framing smothered in a noir visual aesthetic delivering shadowy yet slick sequences that rattle the nerves even as the film’s odometer clicks slowly towards complete fantasy. David Lanzenberg’s photography on the film is razor sharp, often going hand-held but always managing to baulk at complete incomprehensibility. 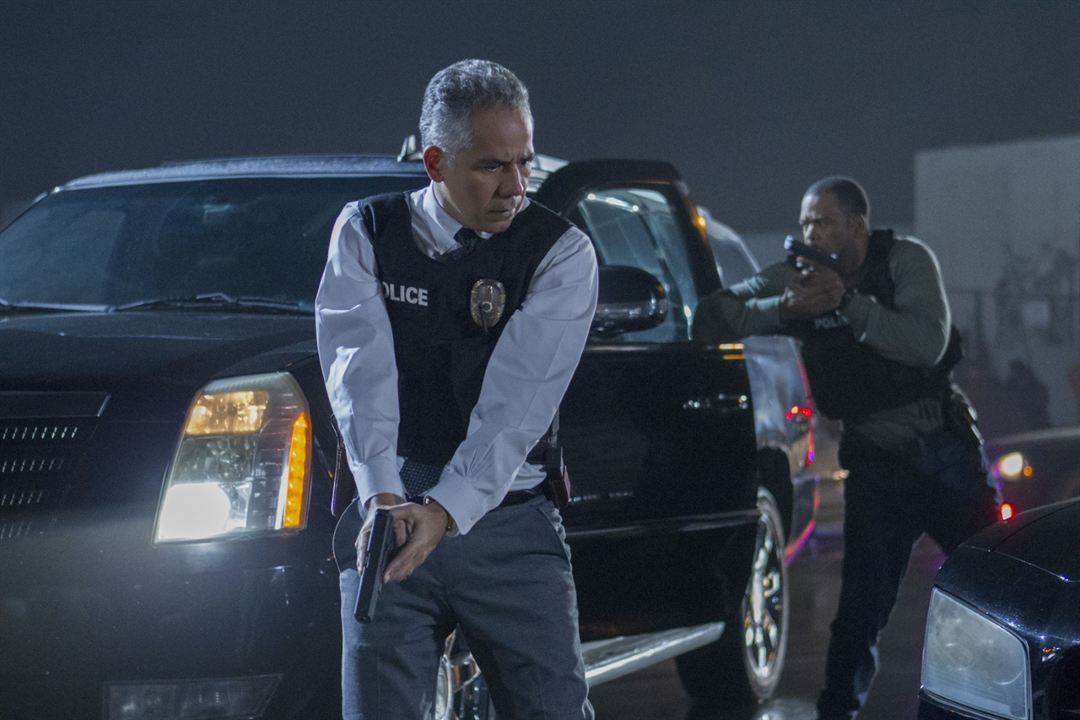 With Garner the angry pissed-off momma-bear in full flight, Peppermint has to utilise some of the supporting cast to accentuate what few subtleties there are to be found. Co-stars John Ortiz and John Gallagher Jr make for effective buddy-cop routines, accompanied by Annie Ilonzeh’s competent work as the token FBI agent. It’s Juan Pablo Raba, as the film’s teeth-gnashing villain, who seems to be having the best possible time playing the worst kind of person, however, throwing his wooden, implausibly stiff performance directly into the frame and refusing to budge. Raba is awful as Garcia, a hissing, snarling, adroitly ambivalent bad guy, and watching his crime-syndicate world fall apart is alternately hilarious and anger-inducing for how stupidly he plays it. Oh, he’s written badly, sure, but a good actor can turn even the worst part of a film into something watchable. Raba can’t; he’s given a rancid hyperviolent gangster role and, thanks to incredibly shoddy acting, turns it into something utterly laughable. The fact Raba looks like Aussie actor Vernon Wells from Commando helps a little, although at least Wells and Arnie knew they were in a low-grade film; Peppermint had the makings of an action classic but Morel’s desire to shoehorn in trash-acting for the central villain, instead of making him legitimately threatening, undercuts a lot of the early work the movie does in selling itself to the viewer. 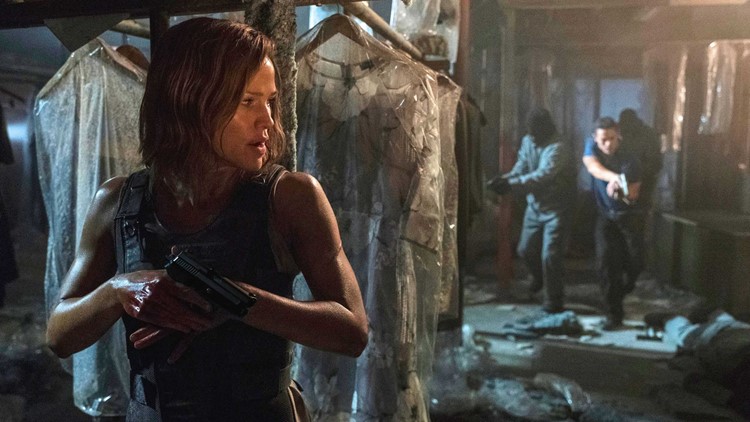 No, its solely up to Jennifer Garner to hold Peppermint up to the grade. She accomplishes this by making us connect with Riley’s sense of maternal loss, the anguish of losing her family setting her on a path to revenge not totally dissimilar to that of Batman. Garner inhabits the despair of her family’s murder with grace, which in turn manifests as a gleeful schadenfreude as she slices, dices and excoriates her way through a legion of underpaid and inevitably inept henchmen. It ain’t Shakespeare but at its most primal level it’s a heck of a lot of fun. Peppermint may feel generic – heck, it is generic – but with familiarity here comes a sense of simple enjoyment. You kinda know how things are going to go, you have an expectation for the film to deliver certain things, which it does, and in the end your bloodlust is adequately satiated thanks to Morel’s frenetic pace and the pile of bodies Garner leaves in her wake. So I guess that makes this… good, then? If not good, then at least it’s genuinely entertaining.