The third feature film based on the Mark Millar/Dave Gibbons comic franchise, The King’s Man is a sequel to, and prequel of, both Kingman: The Secret Service, and Kingsman: The Golden Circle, and fits neatly into director Matthew Vaughn’s stylish wheelhouse. Laced with wonderful cameos and solid casting, not to mention some nice little plot twists and galaxy-brain revisionist historical inexactitude, The King’s Man is a patently absurd yet magnificently enjoyable schlock action flick set within the monstrous scale of The Great War. As much as the film plays fast and loose with history, watching Ralph Fiennes having so much fun is a hoot in and of itself, and who am I to castigate the statesmanlike actor for letting his hair down over a popcorn muncher such as this? 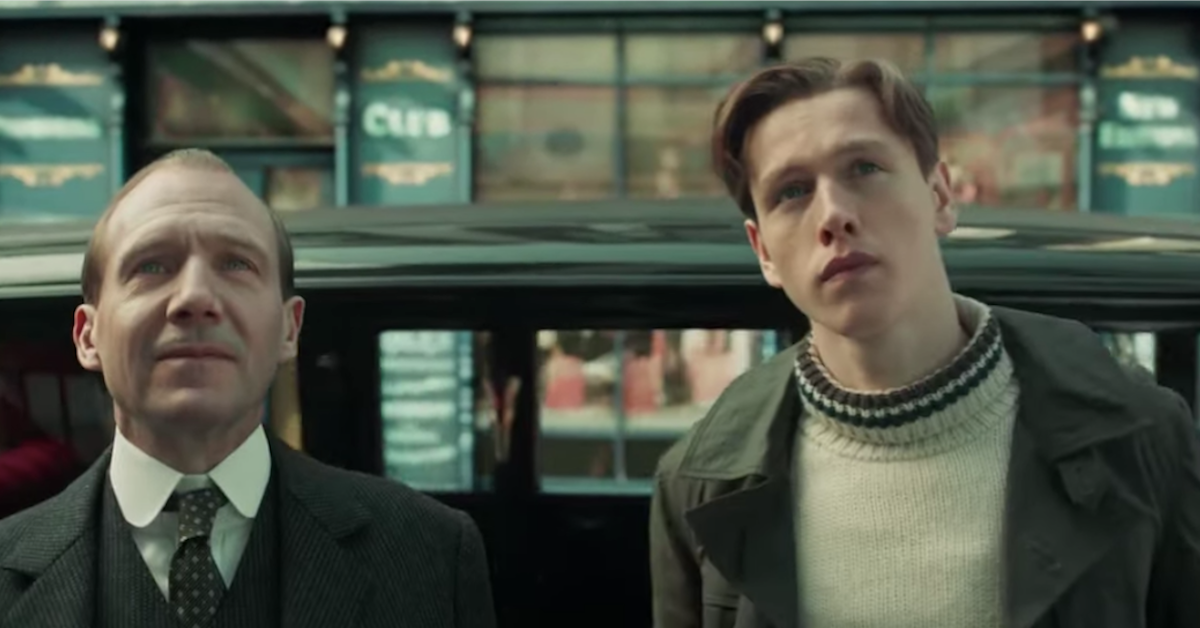 The early days of the 20th Century saw the drumbeat of war encircle the globe. A family of aristocrats, Duke Oxford (Fiennes) and his son Conrad (Harris Dickinson – Maleficent: Mistress Of Evil, The Darkest Minds) are sent by their King, George (Tom Hollander, also playing German Kaiser Wilhelm, and Russian Tsar Nicholas), to kill the powerful Russian Tzar’s physician, Rasputin (Rhys Ifans – Notting Hill), to obtain information that will help prevent conflict. Conrad, a young and enthusiastic kid, desperately wants to join the British war effort, despite the Duke’s protestations, and eventually enlists. Meanwhile, the Duke’s household staff, Polly (Gemma Arterton – The Girl With All The Gifts, Byzantium) and Shola (Djimon Hounsou – Shazam!, A Quiet Place Part II) are secretly working as undercover agents in the war effort, establishing an underground network of spies and informers through the halls of power’s other butlers and maids, all so the Duke can assist Lord Kitchener (Charles Dance – The Last Action Hero) and his aide, Morton (Matthew Goode – Allied, The Imitation Game) in their military efforts. Hidden from all is the mysterious Shepard, who exists high on a European escarpment assembling all manner of subterfuge, double-agents and sinister henchmen, intent on dragging the world down in flames, and it is through his henchman Erik Jan Hanussen (Daniel Bruhl – Rush) and Mata Hari (Valerie Pachner), among others. This film is an absolute nonsense. It’s a preposterously energetic, insanely silly, ribald effort at inserting the Kingsman brand of slick hyperviolence and modernised combative esoterica to the milieu of World War I. Caustically written (by Vaughn and co-scribe Kari Gajdusek) to be as fast paced and don’t-think-about-it-too-hard mindless as it can possibly be, the ludicrous character work and Vaughn’s incessantly jittery action camerawork play non-stop havoc with real world events and the slush-fund of fun to be had entering into this film’s embrace. The film tips its hand numerous times to the formative Kingsman spy service established in the previous two film outings, playing cleverly with both the established franchise motifs and the overall espionage subgenre to the point where taking this thing seriously is an exercise in futility. The verve injected into The King’s Man is as hyperbolic as anything Vaughn has done before, with the continent-spanning storyline and sheer breadth of character conniptions making for at-times exhausting viewing. Plenty of nods to historical events – the assassination of Arch Duke Ferdinand, oft cited as the inciting incident of WWI, plays out terrifically – and a subversion of accuracy to the period make for either enjoyable or frustrating viewing depending on your mood; The King’s Man is a little like Tarantino’s Inglourious Basterds if you filtered it through Michael Bay’s penchant for crisp photography and Timur Bekmambetov’s whirling dervish camerawork. 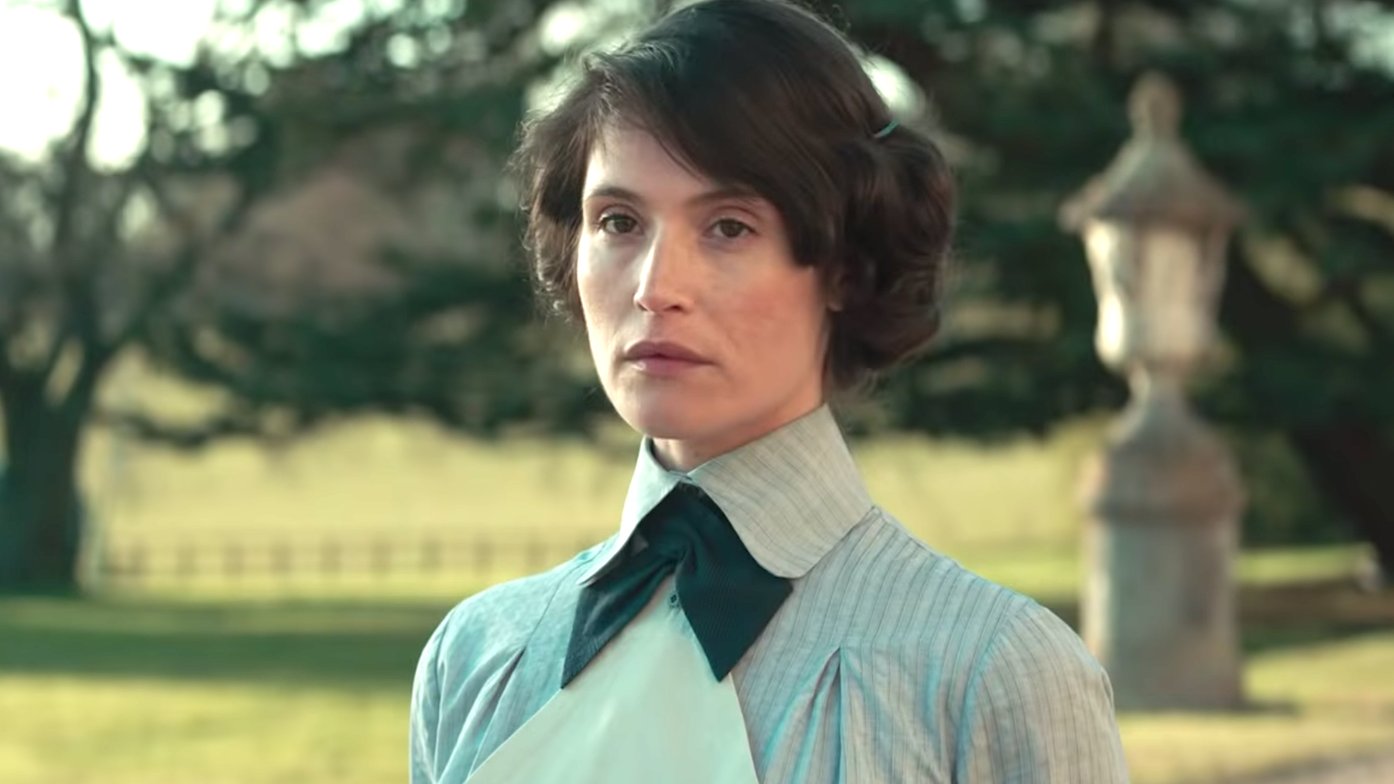 I’ll be honest: Ralph Fiennes, as the Duke, looks to be having the time of his life in this film, and watching him play such an action oriented leading role like this is a legitimate pleasure. I forgive the film’s many, many flaws and eye-rolling creative decisions, just to watch him throw down with swordplay, gunplay, and letting an unrecognisable Rhys Ifans as Rasputin go hog-wild with leg-licking glee. Abetting Fiennes in this concussive showstopper is Harris Dickinson as the Duke’s clear-eyed and innocent son Conrad, whose role as the story’s gentle soul is uplifting to say the least. Gemma Arterton and Djimon Hounsou have a ball playing the vicariously involved and entirely capable team backing the Duke up, while Charles Dance, Matthew Goode and Tom Hollander, whilst perhaps seeming a touch out of their depth in terms of tone, all look to know exactly what kind of film they’re in and play it to the hilt. I’ve always liked Hollander since I first glimpsed him as Mr Collins in 2005’s Pride & Prejudice, and his career has certainly seen him in some off-the-wall stuff; The King’s Man asks him to play three brothers of nobility who rise to become leaders of their respective countries. Hollander has the most fun of the supporting roles, that’s a certainty. 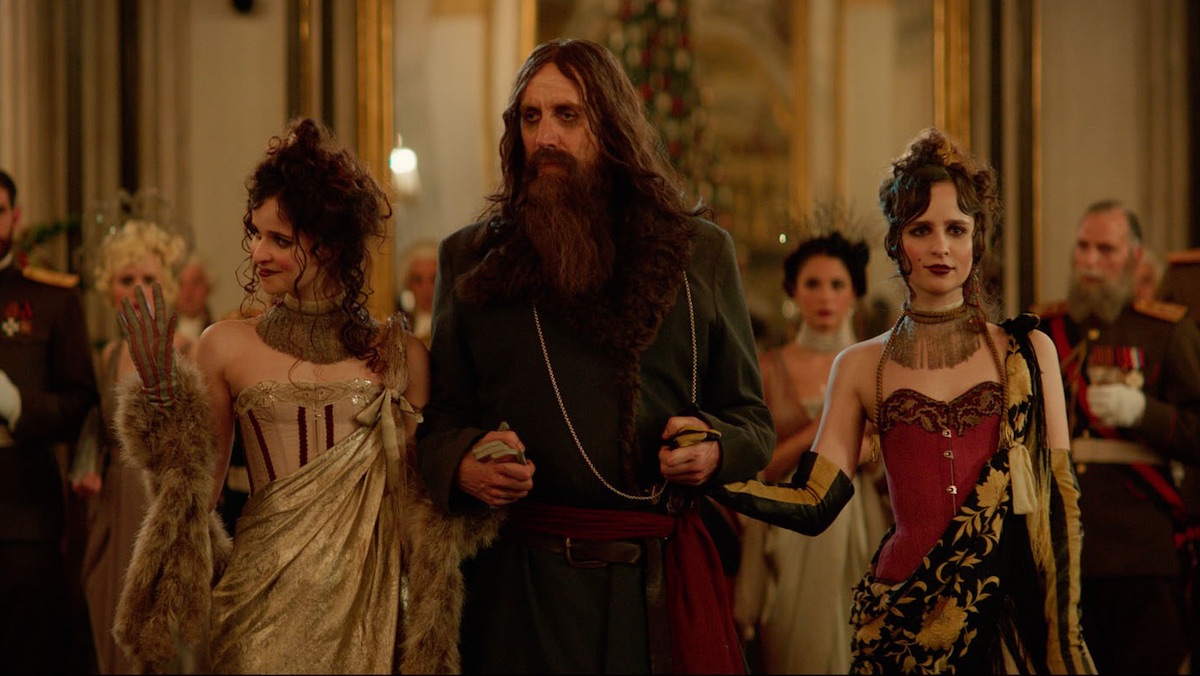 As much as it’s set in an earlier, apparently more gentlemanly time, The King’s Man is exactly not gentlemanly in nature. In keeping with the earlier films, The King’s Man is a slaughterhouse of wanton violence and depravity, although in such a gleefully overly-stylished way it’s hardly confronting. Vaughn’s camera never sits still, utilises angles, focus and Ben Davis’ crisp, fresh cinematography to the absolute zenith of the artform, and propels the film’s dynamic narrative along at such a clip you’re rarely afforded an opportunity to breathe out. Jason Ballantine and Rob Hall perform duties in the editing bay and man, oh man, The King’s Man is a pure joy to watch. From the quieter moments of exposition and character development, to the raucous action sequences on either the European battlefields or the cliff high above the continent, blistering editorial prowess is on display and I, for one, was glad for it. The film never feels like a chore to watch in terms of pure percussive energy on the screen, from the wonderful wink-wink performances and the sweet period production design (although how much was shot on a green screen, I’m inclined to suggest it was a lot) and at no point do you have to struggle to understand what’s going on. There are echoes to the original film along the way, which fans may catch, but wisely Vaughn neglects to really lean into too much try-hard linking of this film to the main franchise – certain sets and franchise locales are introduced in a nice way, but the film doesn’t beat you over the head with all the subtle clues. 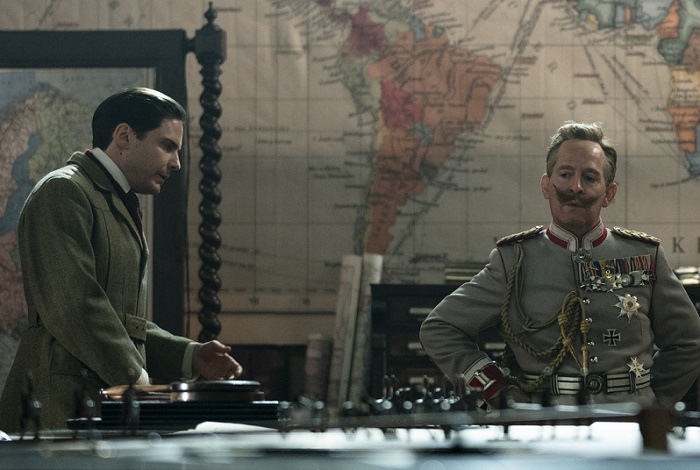 The King’s Man will never win prizes for dramatic heft or sticking to the truth. It’s a fantastical orgy of excess, delivered with surprising athleticism by a sprightly Ralph Fiennes (it’s hard to believe the dude is pushing sixty in this movie) and a game roster of supporting talent, all of whom understand the movie they’re in and play it for all it’s worth. I know, people poo-pooed The Golden Circle, but I loved it. I loved the original just as much. The King’s Man, sitting comfortably inside the “leave your brain at the door” lobby-filler genre, is arguably just as good in different ways (and a lot worse in others, but whatever) and was a pleasant surprise to me because I wasn’t all that enthused with the trailers. Dumb, loud and a whale of a good time, The King’s Man is the perfect tonic to a deeply fractured world, and will surely divert your attention with fun for the few hours it exists.