One of the pure joys in this hobby of film review is watching a director just do what he does best. Kingsman: The Golden Circle, the sequel to Matthew Vaughn’s 2014 spy actioner Kingsman: The Secret Service, replicates Vaughn’s hyperbolic kineticism and amps it up yet again in another super-slick, crisply directed romp that delivers more of the Kingsman brand of humour we know and… er… love? It’s spectacularly stupid, derives more than a few of its laughs from the franchise’s patented ribald tone, and delivers some sweet action sequences with Vaughn’s usual tenacity. 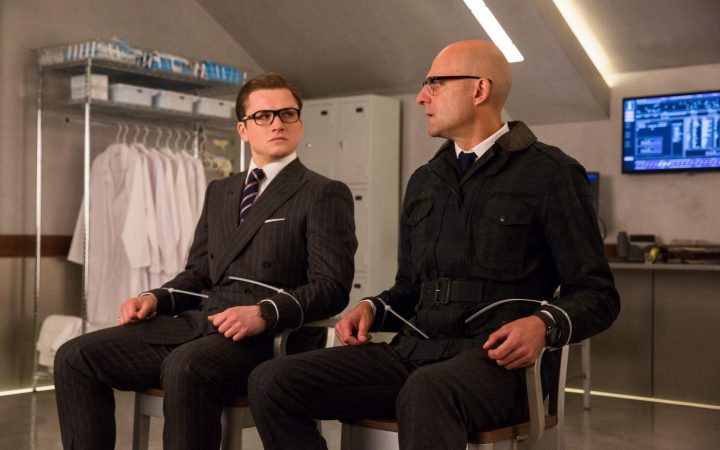 Eggsy (Taron Egerton) is now a competent agent for the Kingsman organisation, in a committed relationship with Swedish Princess Tilde (Hanna Alstrom) and kickin’ back with his best mates. In the deep jungle of South America, insane psychopath Poppy Adams (Julianne Moore) has crafted a super-virus embedded within her major drug distribution syndicate, and she plans to hold the world to ransom for an antidote to scoop a bigger slice of the cash pie. After Kingsman’s British headquarters are destroyed, leaving Eggsy and Merlin (Mark Strong) on their own, they travel to America to meet the Statesman, run by Champ (Jeff Bridges) and his associates Ginger Ale (Halle Berry), Tequila (Channing Tatum) and Whiskey (Pedro Pascal), as well as mysteriously still-alive Harry Hart (Colin Firth), with whom they’ll work to defeat Poppy’s plans and save the world. 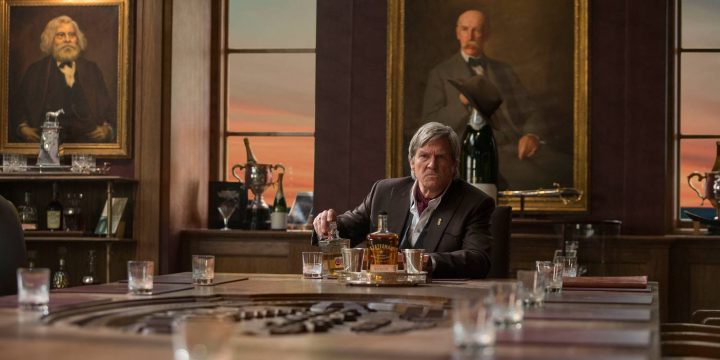 Look, Kingsman’s aesthetic is its brutally hilarious over-the-top violence, and The Golden Circle delivers Vaughn’s bloody approach in spades, with inventive and jaw-dropping kill sequences (and a large tip-of-the-hat to the previous film’s infamous church bloodbath) manifesting as entertainment and a natural extension of the first film’s spy-soaked gobbledygook. The film is totally ridiculous, sublimely cool, and rambunctious to the point of overkill – but with that sly eye-glint Vaughn manages to include in his films, no matter how violent they get. Written by Vaughn and Jane Goldman, The Golden Circle is filled with little nods to spy culture and the totally bollocks way Hollywood has supplanted actual espionage for the kind of save-the-world derring-do espoused by these films. Subversive isn’t the word for Kingsman’s dazzling visual style, as the camera swoops and slides across the globe to take in the exotic and not-quite-so-exotic locales Eggsy and Merlin jet off to in their quest to stop Moore and her drug plan. 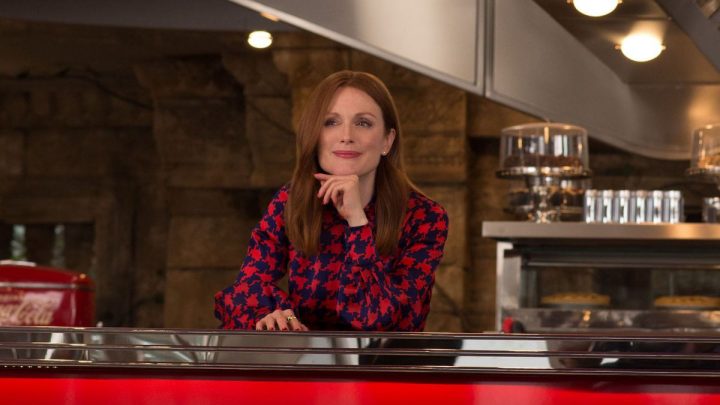 As with the previous Kingsman, the journey is far more important here than the destination. We all know the Kingsman and Statesmen are going to stop Poppy, it’s just a question of how, and the how is where Vaughn comes into his own. The film’s thin emotional stakes (Eggsy’s relationship with Tilde is shorthanded significantly to justify much of the action, which is laughable but hardly out of tune with the rest of the film) never once weigh the proceedings down beyond a dull roar, and even the appearance of Colin Firth’s stiff-upper-lipped Harry, the former Galahad, offers a surprise or two (that doesn’t pay off like it should, I admit) before the knockabout conclusion rockets into gear. Vaughn throws a couple of character deaths into this film that will surprise (most towards the beginning, including a hilarious Michael Gambon, but a key one towards the end that teeters on genuinely moving) and offer heft for the film’s stakes, but the gloss and sheen of the concussive action sequences and soaring musical score (by Henry Jackman and Matthew Margeson, returning from the previous film) wash this away swiftly, leaving the high octane action to sell the film entirely. 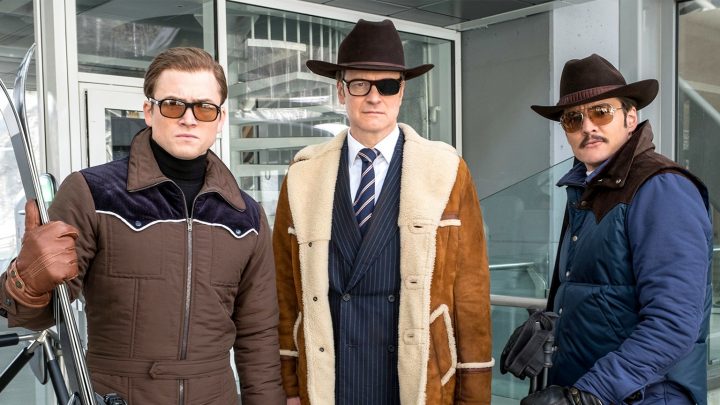 And it does. Vaughn’s astute sense of timing and framing make Kingsman’s second instalment visually strong, with canny use of visual effects to accentuate the many, many gags on display here. A duo of robotic dogs controlled by Poppy at her bizarre 60’s Americana hideout (where she’s inexplicably kidnapped Elton John, who is an absolute riot here) are a substantial CG aspect of the film, and offer genuine suspense, as does Pedro Pascal’s darn-tootin’ Whiskey and his electric bullwhip (capable of slicing a person in half), and the mayhem involved in this film’s broad-scale setpieces and thunderous action beats has to be seen to be believed. Yes, I had a grand old time with The Golden Circle, as dumb as it is, and I defy anyone to suggest it won’t bring even the smallest smile to one’s face. The return of Firth is crucial to the film’s legacy and the addition of Jeff Bridges and Channing Tatum is welcome, buffering the roster of characters to allow Eggsy and Merlin to vacate the UK. 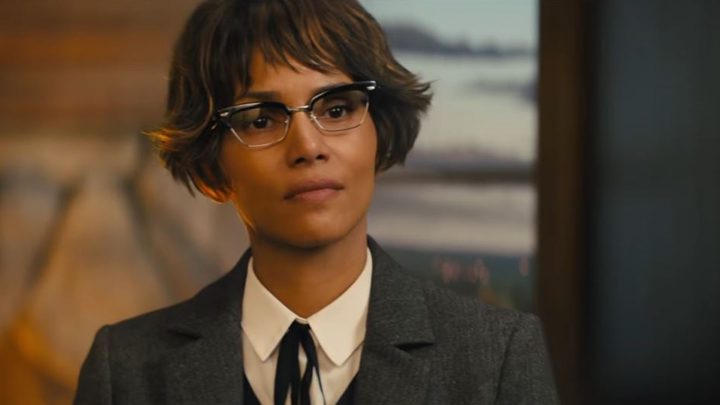 While The Golden Circle works with a drug-addiction premise, the film’s director surely must have been on hard drugs to come up with a film so energetically free of constraint. It’s a film unfettered by restriction on theme or concept (at one point, Eggsy must insert a tracking device into a woman’s vagina with his finger, and it’s at that point you really should be sending the kids to bed) and aside from Julianne Moore’s cock-eyed performance as Poppy there’s few faults I could find when I wasn’t laughing or punching the air with delight. It’s an adrenaline-soaked uber-cool homage to the classic spy films, fuelled by testosterone and given solidity by Vaughn’s adept helming of all the balls he’s juggling.If you loved (or even liked) the original Kingsman, you’re going to have a blast with The Golden Circle, which continues Vaughn’s streak of great films that are pure fun to watch.