At the end of 2014’s Maleficent, the title character had transitioned from one of Disney’s more frightening screen villains into a creepy, weird hero of sorts: Maleficent’s relationship to Princess Aurora (ie Sleeping Beauty) had played out to the point where going forward you couldn’t really see any further antagonism. Never discount the relatives, though: Aurora’s primary romantic interest, Prince Phillip (here played by Harris Dickinson, replacing Brenton Thwaites from the earlier film) has shitty and prejudiced parents, and so once more Maleficent must embrace her darker side and fight against human violence. Maleficent: Mistress Of Evil is that rare beast from Disney, a sequel that deviates from known lore considerably, offering an interesting and alternative take on true evil versus somebody who only seems that way. Led by Angelina Jolie again in the title role, and with an additionally villainous Michelle Pfeiffer now in place, the darker corners of the Disney live-action universe continue to engage and entertain despite not really being needed. 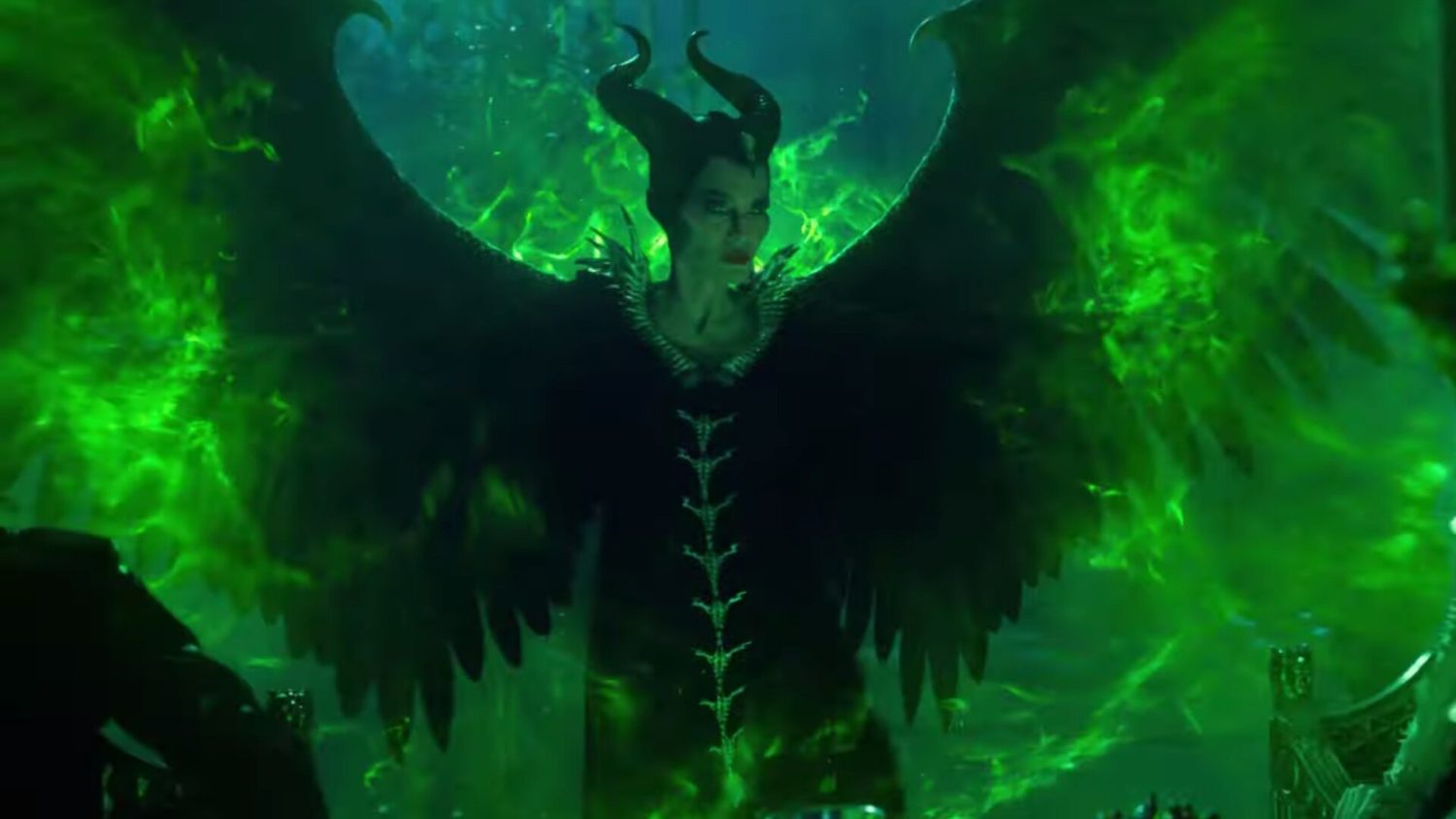 Years after the events of Maleficent, Princess Aurora (Elle Fanning) rules over her Kingdom and the Moors, with Maleficent being the guardian and protector. Meanwhile, the neighbouring kingdom of Ulstead, home to Prince Phillip (Harris Dickinson), still views Maleficent as a villain and a threat, despite Aurora’s good intentions. When Phillip proposes marriage to Aurora, Maleficent is distrustful and warns against the union; to celebrate their engagement, Phillip invites Aurora and Maleficent to dine with his parents, King John (Robert Lindsay) and the boastful and belligerent Queen Ingrith (Michelle Pfeiffer), who taunts Maleficent to the point where it seems as though the formerly villainous faerie curses the King into a slumber similar to that of Aurora herself all those years ago. Wounded in a skirmish, Maleficent discovers a hidden world of creatures like her, faeries, who were driven into near-extinction by humans afraid of their power. With Queen Ingrith’s plan to wipe out the moors gathering pace, and Aurora unable to assist, it is up to Maleficent to overcome her prejudice and once again lead her forces against an evil monarch. 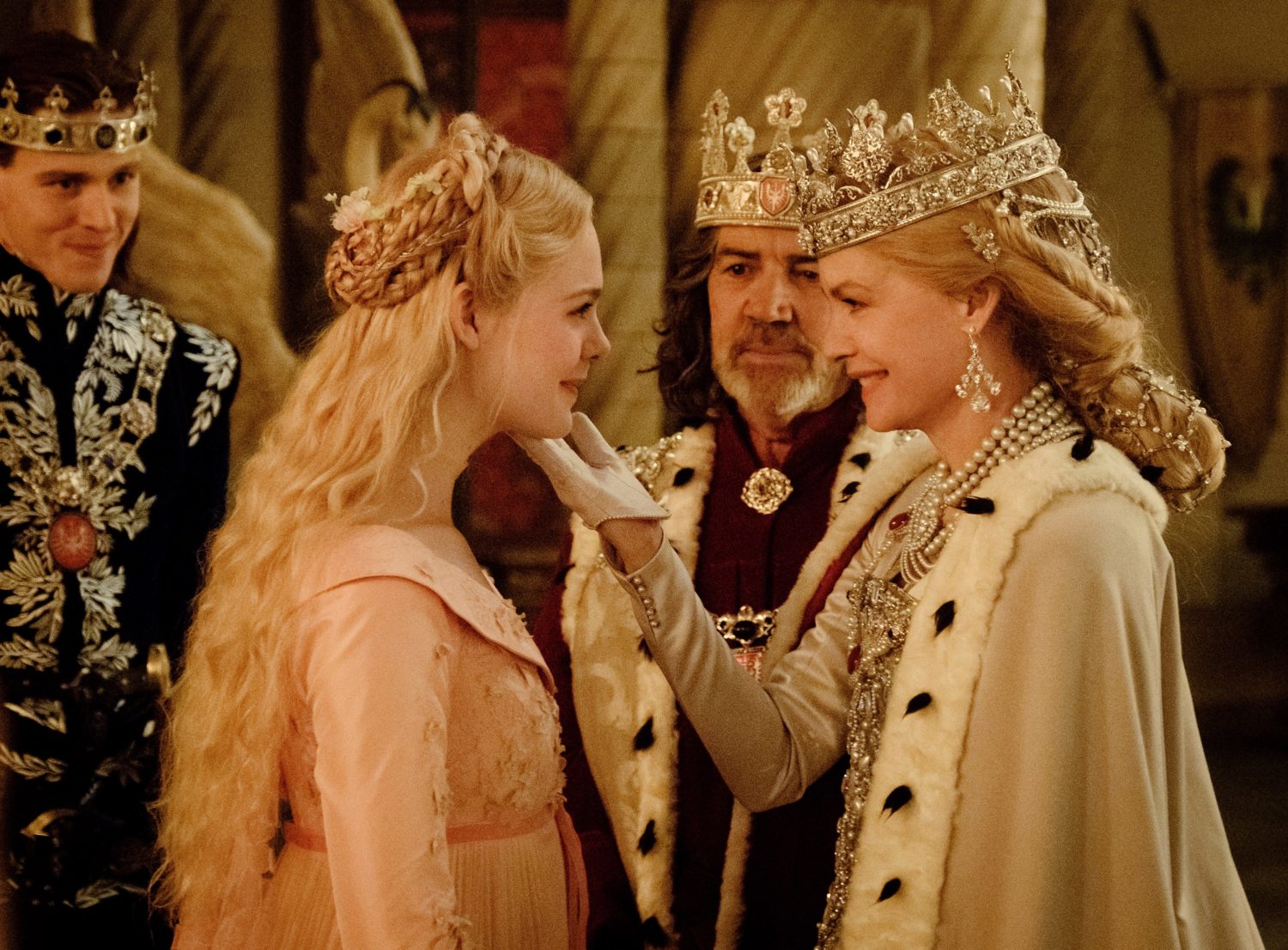 The original Maleficent repudiated critics (such as myself) who couldn’t see the sense in making a core Disney villain the focus of a major big-screen adaptation. Where the franchise went, in making the character more a victim of circumstance and prejudice than an outright antagonist, was interesting and resulted in one of the more rewarding live-action films Disney have done to-date. Imbuing Maleficent with tragedy and loss made her a more rounded and empathetic character, somebody the audience could understand as a figure of torment more than a teeth-gnashing cartoon Bad Guy as depicted in the animated Sleeping Beauty. Mistress Of Evil disperses thoughts of returning to the same well by mining a different take on the character, giving her a deeper backstory and contextualising the origin of her species, whilst at the same time delivering a boo-hiss worthy villain in Michelle Pfeiffer’s hammy Queen Ingrith and a swathe of green-screen visual effects. Directed by Joachim Rønning, one half of the duo behind Disney’s abortive final Pirates Of The Caribbean film, Dead Men Tell No Tales, the sequel film here is grand in scale and operatic in tone, however suffers a dearth of complexity within its shallow villain and Elle Fanning’s far more frugal Aurora. 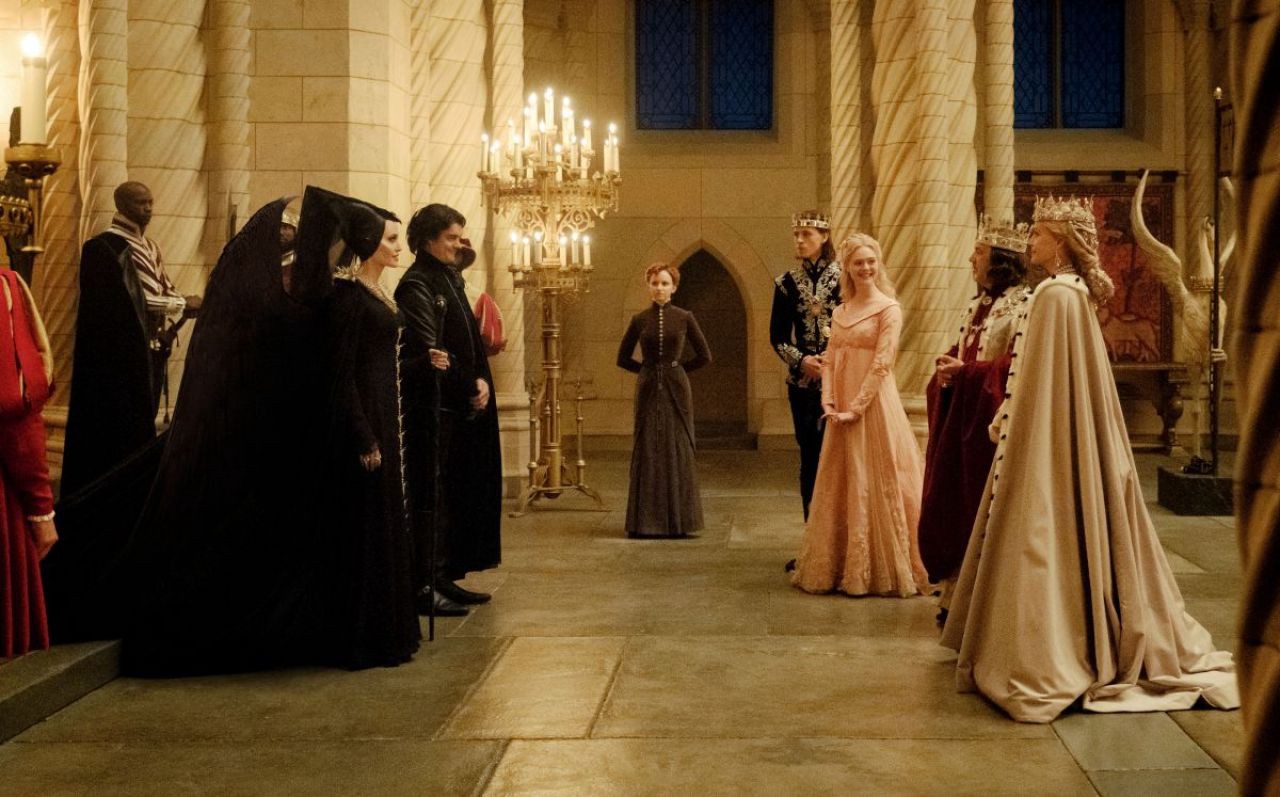 In terms of spectacle, Mistress Of Evil absolutely outshines Maleficent with complex sequences and gorgeous vistas forming the backdrop of Queen Ingrith’s hateful scheming. With its mix of fantasy and realism, a blend of magical, supernatural and unbelievable, Mistress Of Evil accentuates the world established in the 2014 film, and expands on it considerably. The denizens of the moors return in number, so if you’ve been anticipating the various tree-folks, faeries and goblins we were introduced to earlier you’ll be well satisfied. Adding in the mysterious world of the Dark Faeries, those to whom Maleficent belongs, isn’t as interesting as you might think – to a degree, giving us Maleficent’s origin-of-species removes a lot of her mystery – but is a worthwhile attempt to further force us to embrace her as a figure of tragedy and circumstance. Original screenwriter Linda Woolverton returns alongside newcomers Noah Harpster and Micah Fitzeman-Blue in developing this new direction for the character, and I’m hard pressed to say it’s exactly great. It’s merely okay, this story, a re-purposing of the original Sleeping Beauty in some manner and a wholesale mirroring of the 2014 film at its most egregious. The good guys and bad guys tend to fade into shades of grey here more than they did in the previous film, which shows growth in the franchise to offer intelligence to the mix, but the studio’s famously risk averse nature means complexity is often neutered to favour commercial compatibility. 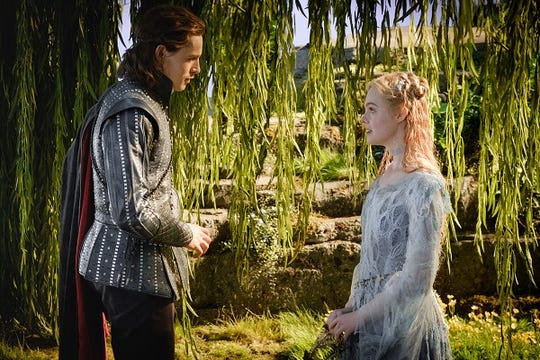 Leading the charge again is Angelina Jolie, who suits the role of Maleficent like a glove on a hand. She’s excellent again, her haughty facade often cracking with emotional content behind power-white makeup. Okay, it’s a far less obvious arc for her than we previously got, and at times the aactress feels overshadowed in her own film, but Jolie once again commands the screen with every glare and sneer that she can muster. Elle Fanning, as Aurora, seems ill-suited to the role, the actress unable to carry the demands of a far more complex part than simply being beautiful warrants, and her chemistry with the miscast Harris Dickinson is woeful. Chiwetel Ejiofor pops in as another Dark Faerie to act as exposition delivery for Maleficent’s discovery of a hidden world, while the three Fairy Godmothers – Imelda Staunton, Lesley Manville and Juno Temple, aren’t anywhere near as affecting or fun as they were before. As the villain, Michelle Pfeiffer is no patch of Sharlto Copley’s King Stefan, and makes a good fist of Ingrith despite feeling like a half-baked copy of Charlize Theron’s work in that Huntsman franchise. Pfeiffer’s turn here is catty and wry but lacks gravitas or effective evil-ness to make her work as a threat. Watching Jolie and Pfeiffer go at it with each other across the frame is a joy, but sadly they aren’t pitted against each other anywhere near often enough to maintain interest.

Despite a sense that these characters aren’t really interesting, Rønning directs the hell out of his sophomore Disney feature. His camerawork and framing are excellent, the visual effects waver between great and mediocre (some of the digital stuntwork is incredibly wonky), and the way he orchestrates the climactic battle sequence (because there’s always a climactic battle sequence) is a sign of his ability to weave multiple narratives in between others. No doubt he had plenty of studio notes throughout post-production, and I’m almost a hundred percent sure he wasn’t given final cut on the finished product, but where his natural visual eye and craftsmanship shine through is evident: there’s a storyteller at work here, and he makes the best of what is a truly exhausting fairy story work. Mistress Of Evil is a product, that’s a given, but within even those inflexible walls a modicum of artistic intent shines through.

If only the story was as interesting as Maleficent herself; sadly, Mistress Of Evil finds a meandering plot and uneven character arcs (and a complete lack of chemistry between two central characters) undoing a lot of the great work behind the camera. Without the bedrock foundation of the original Sleeping Beauty fable to keep the story on track, and trying to broaden the scope and mythology Maleficent brings with her naturally, Mistress Of Evil is a stumbling fan-fiction effort lacking cohesion or interest. There’s intrigue and some minor entertainment to be found here, and I think the studio was brave to try and take the character in a different direction than we’ve previously seen, but the deficits of this story mire the movie in mediocrity. In summoning Maleficent back to the big-screen, the filmmakers forgot to offer us a truly compelling – or unique – story, and simply regurgitate an admittedly beautiful but empty canvas of magic.