Principal Cast : Emily Blunt, Cillian Murphy, Millicent Simmonds, Noah Jupe, Djimon Hounsou, John Krasinski, Scott McNairy, Okieriete Onaodowan, Zachary Golinger, Wayne Duvall.
Synopsis: Following the events at home, the Abbott family now face the terrors of the outside world. Forced to venture into the unknown, they realize the creatures that hunt by sound are not the only threats lurking beyond the sand path.

The surprise success critically and commercially of 2018’s John Krasinski-directed sci-fi horror opus A Quiet Place was always going to lead to some kind of sequel. Krasinski, who also starred in the film alongside his wife Emily Blunt, started work on the sequel almost as soon as the first film released to a blaze of success, and production was kicked off in mid-2019. Such quick turnaround was remarkable, an obvious case of striking whilst the iron was hot; then, the Covid-19 pandemic happened and things started to change. The film’s release was delayed from its original March 2020 release, shifted four or five times throughout that year and early 2021 (including day-and-date simultaneous streaming and cinema releases) before dropping in May exclusively in cinemas. With a larger budget and the core cast all returning – even Krasinski himself, in a pre-title flashback – A Quiet Place Part II was set to deliver yet another harrowing experience in sound and fury as the Abbot family once again braved the strange new world inhabited by murderous alien beasts. 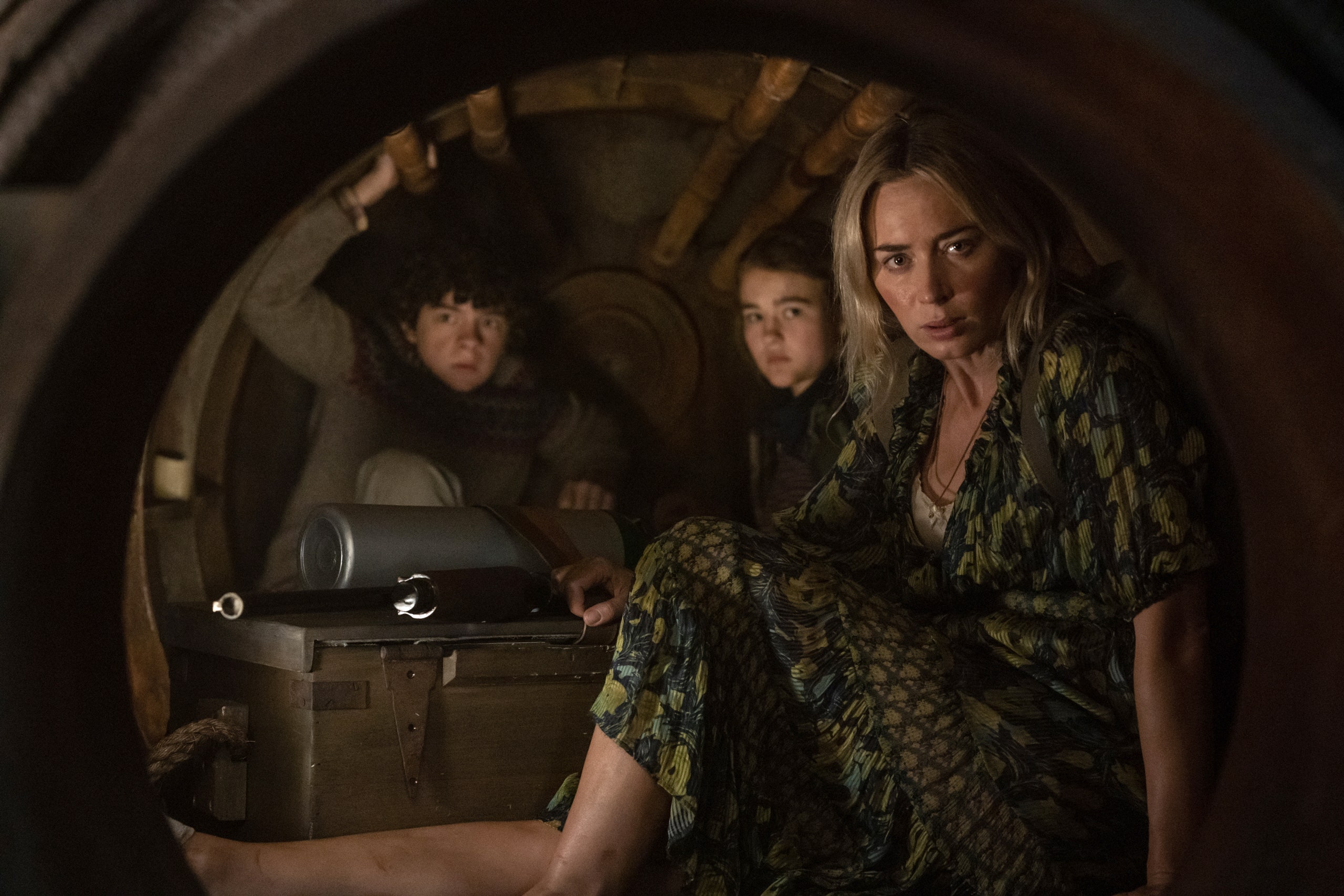 With a brief flashback explaining how the creatures first arrived and drove most of humanity to the brink of extinction, A Quiet Place Part II picks up almost immediately after the closing moments of the first film; Evelyn Abbot (Emily Blunt – Mary Poppins Returns) and her kids, a newborn son, her deaf daughter Regan (Millicent Simmonds), and Marcus (Noah Jupe) set off from their ruined farmhouse in search of other survivors. Regan develops a defence against the alien creatures, by using a portable radio and her cochlear implant to generate the debilitating frequencies that incapacitate the invaders long enough to kill. The slow journey across country is halted when they chance upon fellow resident Emmett (Cillian Murphy – 28 Days Later), who lives secretly inside an old foundry hiding from the creatures. After Marcus suffers a crippling injury, Regan decides to locate the source of a mysterious radio signal being broadcast: she deduces it’s coming from a radio station off the coast, and takes off on her own. Evelyn, upon learning this, pleads with Emmett to follow and bring her back whilst she cares for Marcus. Emmet begrudgingly agrees, although a series of incidents prevents him from returning the young girl, and so they make their way towards the coast where they make a surprising discovery about the fate of humanity. 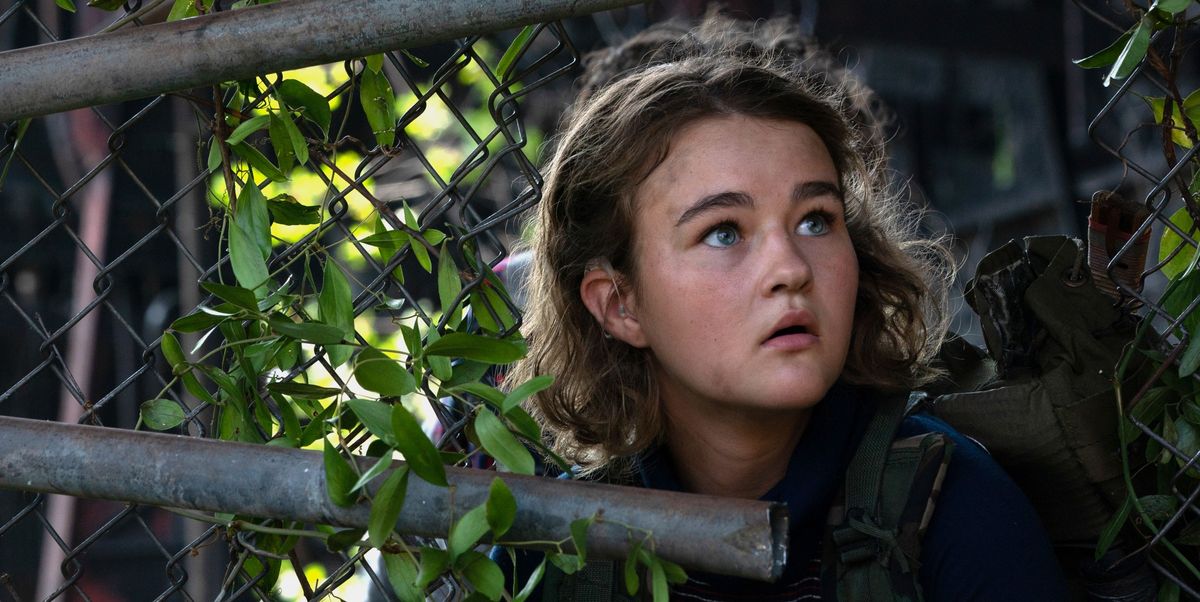 Sequels are a tricky proposition. Audience demand a story that doesn’t just take favourite characters in a new and interesting direction, but the film is often expected to match, if not exceed, the thrills and entertainment value of its progenitor. Successful sequels are notoriously rare, so rare you could probably count all of the legitimately great ones on the fingers of both hands. Considering the esteem with which A Quiet Place is held even only a few years after release, the sequel needed to expand the universe of the first film, propagate the development of the central characters, and enhance the stakes beyond what we have so far seen to-date. A tall order for returning director Krasinski, who, considering the fate of his character in the first film, gets to spend the majority of his time behind the camera honing the story to its precise, razor-wire thrills. The additional time afforded the film due to repeated delays (at least I assume he still got to tinker whilst the release date kept being pushed back) ensured that the final product had zero excuses not to work; that it works so well is hardly surprising, with Krasinski and his cast delivering a terrifying, euphoric, cathartic cinematic experience that doesn’t just match the first film, it exceeds it. 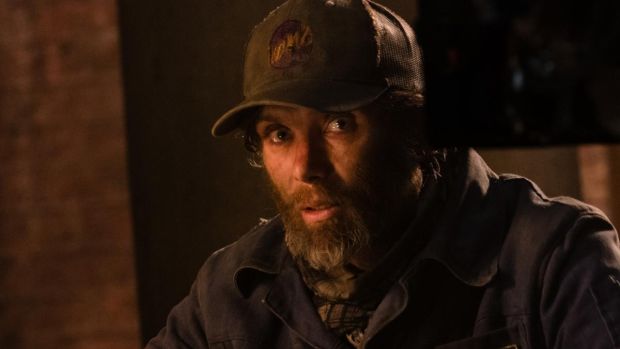 It should be said that Krasinski, who gets a solo screenplay credit here – co-writers Bryan Woods and Scott Beck declined to return from the first film, citing seeking other projects to work on – weaves a terrifically balanced story that does what a good sequel should do. He continues the ongoing story of the first film’s central characters (at least the surviving ones), expand the universe enough to broaden the scope and stakes, and delivers enthusiastic reprisals for the franchise’s terrifying sound-sensitive monsters. He bulks up the role of the first film’s breakout character, Millicent Simmonds’ Regan, a deaf girl living in a world of almost complete silence, and gives her the primary task of locating other survivors. Headline star Emily Blunt is relegated to the film’s secondary (but no less important) narrative that focuses purely on the survival against marauding creatures, having to keep both her infant boy safe and quiet, and an incapacitated Marcus well enough to travel after a severe injury. Splitting the family up is a risky proposition but it succeeds admirably, even moreso the decision to have Regan become almost the de-facto hero of the story by virtue of being the most vulnerable within a world so perilous she has no business going off alone. 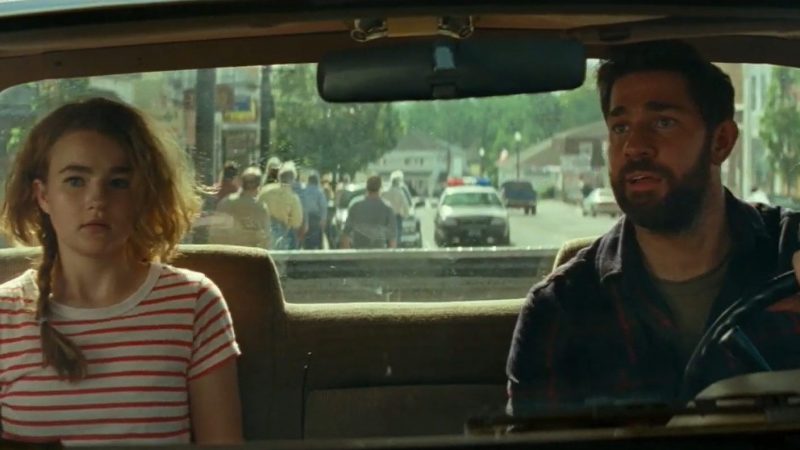 The addition of Cillian Murphy as Emmett, whose own personal journey mirrors in many ways the torment of the Abbott’s during their isolation on their family farm, is a stroke of genius in that it carefully absorbs the lack of Krasinski’s character Lee from the first film and through sheer force transitions into the franchises next major player. Murphy is a solid actor in almost everything I’ve seen him in and he makes no missteps here, sporting a grizzled beard and unkempt persona, offering a tantalising freshness to the mix the sequel succeeds with. Blunt is no slouch either, as Evelyn, and while her prominence in Part II compared to the first film is skewed towards the background she gives no less than a commanding performance as the family matriarch. Noah Jupe, as Marcus, almost slips into laughably squeaky-voiced pubescent teen clichés but avoids it thanks primarily to Krasinski’s direction. The film’s most valuable player, though, is Simmonds, whose emotional arc throughout the film remains steadfast and rock solid, a focus of our hopes and dreams for this poor family having experienced so much with them. Simmonds is a terrific actress for her age, commanding a range of emotions through her face almost without uttering a word, and she anchors the film’s mise-en-scène with such grace and subtlety I audibly gasped several times throughout the movie. 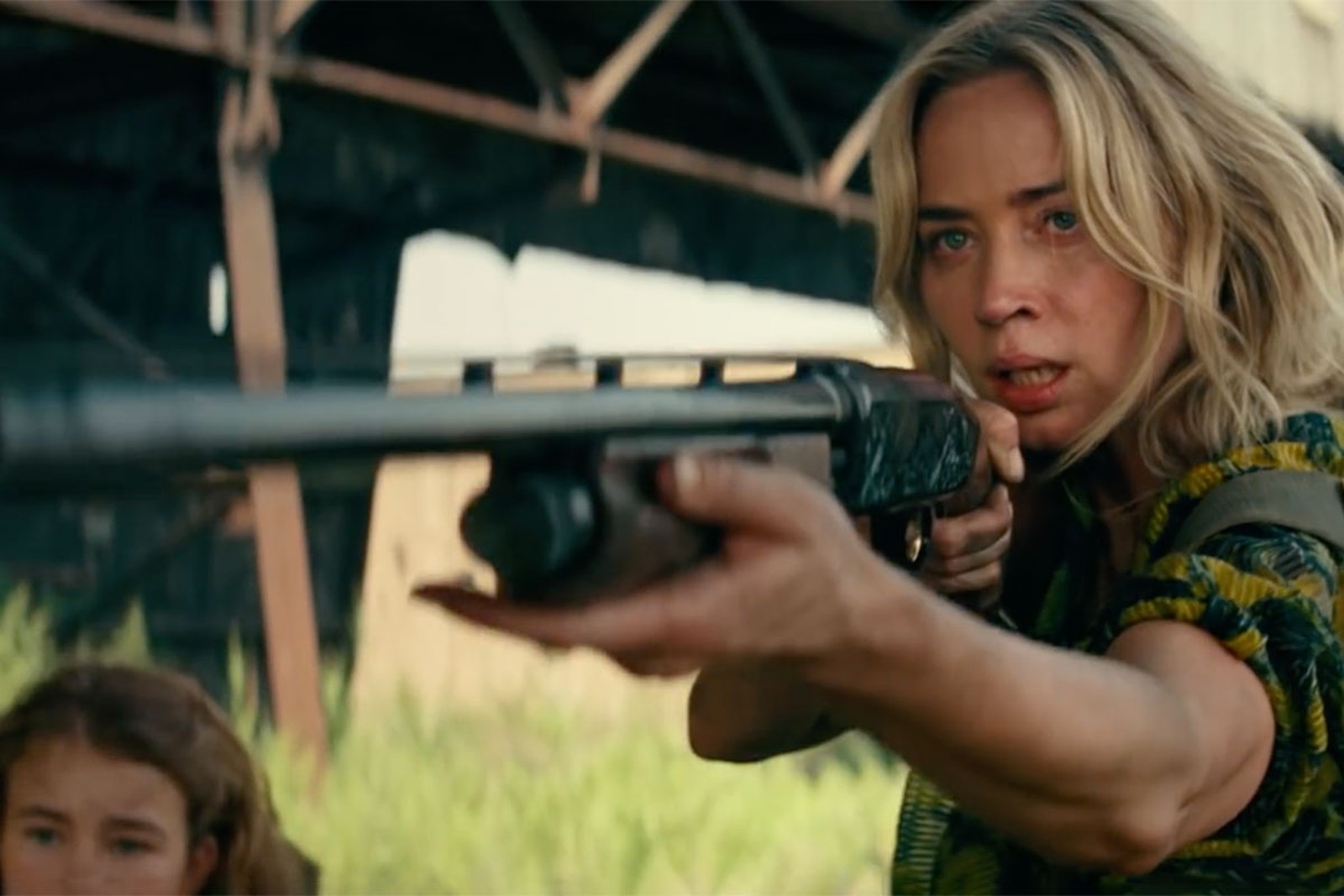 Another part of the sequels success is the expansion of the creatures’ mythology. The film’s flashback opening depicts their arrival onto earth via what looks like flaming asteroids, before the small town the Abbott’s live in is wrecked by a gaggle of the violent monsters. The rest of the film continues to unlock the creatures secrets – their weaknesses, their wants, their abilities, and Krasinski manifests them in several set-pieces that rival the first film’s more confined space violence for frantic, terrorising horror. Again, the use of sound – or the lack of it in key crucial moments – is the franchise’s defining element and the sequel more than lives up to that reputation. There are more than a few jump-scares within, all of which are earned, although the pervading sense of menace comes from merely the crinkle of dirt or the squeak of metal that pierces the constant absence of noise with a ferocity amplified by the omniscient danger. Abetted by some great CG visual effects, A Quiet Place Part II doesn’t just honour the first film’s aesthetic, it enhances it. 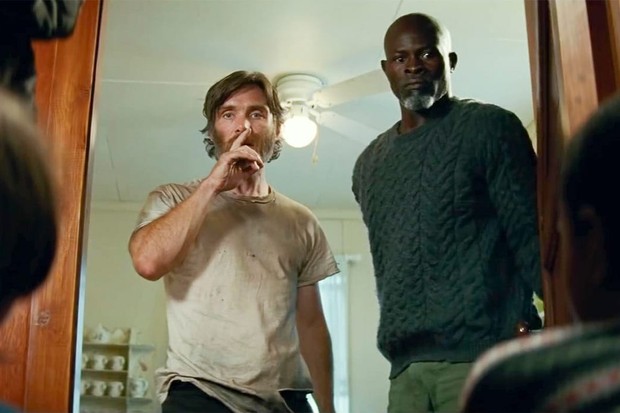 Everything about A Quiet Place Part II works. The story, the characters, the plot twists and the manner in which Krasinski elicits emotion from the audience, it all combines into a beautiful, melancholy, haunting whole that lingers in the mind beyond the end credits. The film’s visuals are superb – incoming DP Polly Morgan, replacing the previous film’s Charlotte Christensen, does a brilliant job executing the warm hues of dusky daylight and the shadowy nightfall in equal doses – and the sound design is, as you might expect, a true highlight. It’s rare that a film sequel succeeds in matching the original, much less surpass it. This second chapter manages to do just that.