With the early cessation of the unfortunately iniquitous Divergent franchise a few years back, you’d think Hollywood might have taken a lesson from that and stuck a fork in the Young Adult subgenre of dystopian post-apocalyptic sci-fi thrillers. You’d be wrong. Where The Hunger Games burned bright with box-office success, and the Maze Runner franchise confused everyone over the age of sixteen, and Divergent ran aground thanks mainly to a sudden disinterest in cookie-cutter genre storytelling tropes, the film industry seems to think that if they keep throwing money at second-rate, unknown literary series’ and turn them into movies, the audiences will come flocking. That’s not the case: The Darkest Minds is cut from very similar cloth to that of The Maze Runner more than any other modern YA series, and for this viewer that spells trouble. 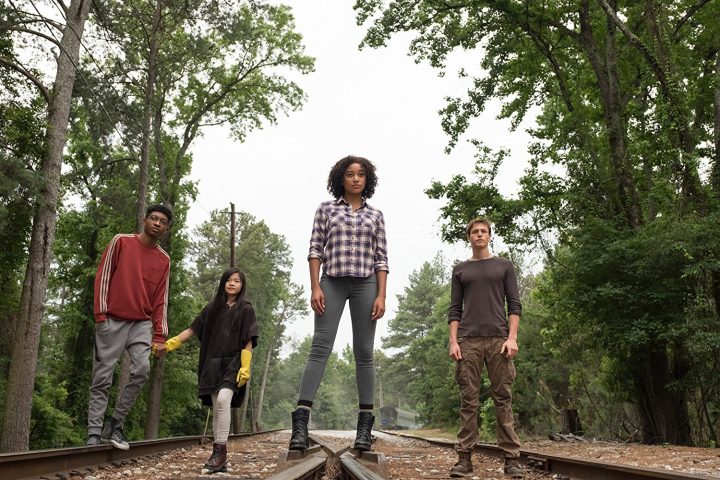 The near future, and an unknown disease wipes out almost all the children on Earth, leaving those who survive blessed (or cursed) with superhuman powers. The government, led by President Gray (Bradley Whitford), rounds up all the remaining children under the pretence of curing them, instead transporting them to concentration camps where the most powerful – labelled oranges and reds – are exterminated, with the less dangerous ones forced to work as slaves to survive. One such teen, Ruby Daly (Amandla Stenberg), who is identified as an orange (and among the most dangerous) thanks to her telepathy but manages to mind-wipe her captor into believing she’s a green (the least dangerous type) survives for six years inside a camp before escaping thanks to Children’s Liberation League associate Dr Cate Connor (Mandy Moore), before teaming up with fellow escapees, the telekenetic Liam (Harris Dickinson), electrokinetic Zu (Mia Cech), and super-intelligent Chubs (Skylan Brooks), as they search for a hidden camp where powerful children can escape the government’s search. There they meet another orange, Skip Kid (Patrick Gibson), who harbours a dangerous secret. 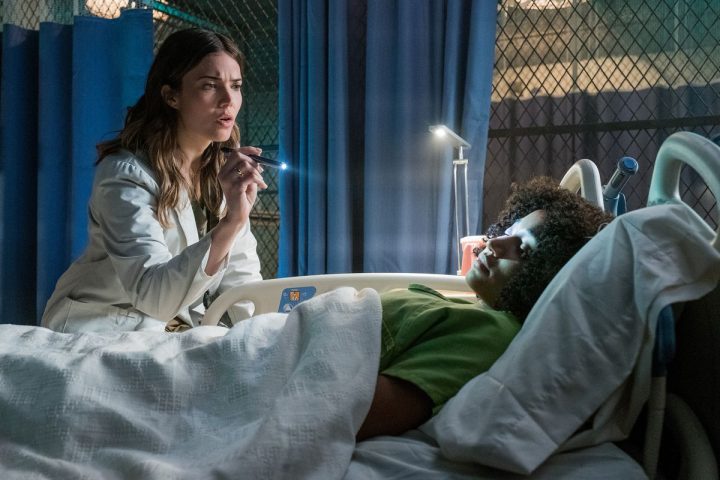 There’s something awfully familiar about The Darkest Minds’ humans-with-powers premise, and if you think really carefully about it ahh who am I kidding this film is an X-Men ripoff. Children being hunted and killed by a fractious government with zero oversight using the old “scared of the unknown” motif is cloyingly overused in YA these days, but if you throw in these kids having mutant powers suddenly you’re looking at folks similar to Rogue and Jubilee and Charles Xavier. The Darkest Minds is dispiritingly unfinished, the kind of film designed to set up a multi-film franchise without doing any of the work to earn it, thrusts characters of zero development into the center of frame and expect us to follow them willingly, and bring that sense of dread and depression associated with these kinds of world-ending human stories. The original novel must have seemed like a lock for production studio 21 Laps Entertainment, who probably saw dollar signs with the kids-as-superheroes trope arguably among the most poplar right at the minute, but never gave a thought to making the characters either accessible, likeable, or tolerable.

Frankly, the quartet of characters we’re expected to follow here may as well be made of uncooked cookie dough, they’re so bland and grossly mishandled by a middling script and Jennifer Nelon’s esoteric direction. Development in character is achieved through exposition by the character or not at all, resulting in intended romantic partners (a la Katniss and Gale in The Hunger Games) that are neither romantic or interesting at all. Poor Amandla Stenberg might look good on screen but the material she’s working with barely fires a shot; the character is meant to be pining with guilt for wiping the memory of her mother and father but the range of this subplot goes nowhere and goes there fast. Harris Dickinson makes for a third-rate Liam Hemsworth as Liam, a character so poorly executed on the page I don’t even remember what his purpose was. So too the electrified Mia Cech, a young Asian actress who doesn’t speak a word, rarely uses her powers, and disappears into the background as quickly as she appears. And the less said about Skylan Brooks’ terrible “super smart” Chubs the better. 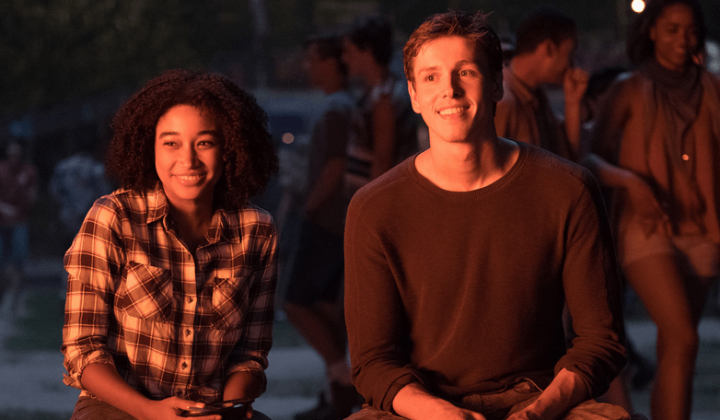 Yes, each character in this film is ripped from the template of other, better characters in other YA franchises, particularly Bradley Whitford’s malevolent American President and Gwendoline Christie’s ill-fated and utterly wasted bounty hunter character, Lady Jane. The writing is so atrocious here you can almost smell the plot twists and romantic story beats coming a mile away. I’m not quite sure what it is with post-apocalyptic films where the female lead character must somehow become infatuated with the charisma-free supporting male character, but it grates badly in this movie. The smaller scale production shows, with Nelson’s production designers working overtime to make the run-down American landscape feel, you know, run down. The film seems to have been shot in random industrial estates, fields and backroads, with the cinematography – by Terminator: Genysis DOP Kramer Morgenthau – looking startlingly picturesque (which flies in the face of most YA dystopian films, I know) but utterly ineffectual.

The Darkest Minds is a film of Frankenstein creation. A D-grade X-Men-wannabe movie with insipid romantic leanings and a lamentable landscape of superpowers and abilities, wrapped up with godawful dialogue and exposition in place of actual quality storytelling, there are far better movies to be found in this abysmal subgenre and I’d urge you to seek them out. Avoid this trash as best you can; The Darkest Minds is like sex with the lights off. Nowhere near as awesome as it could be if people knew what the hell was going on.