Regular commenter and fellow blogger Al K Hall, who tends the glasses over at The Bar None, was among the first people I called upon […]

Apparently, everyone has a film they hate. It’s a fact of life, much like birds, bees, and the shaded bit behind the bike locker. Let’s look at my track record in being disappointed by film. Hell, it’s as good a place as any to start in finding a film I can love to hate.

The unthinkable has happened! You’re trapped on a desert island, the only female company is an enormous mountain gorilla with eyes for your rear-end, and […]

When we came around once again to our Worst Film Week, we decided to offer a spot in the site to former regular author The […]

Over the last few years, we’ve included a bunch of dreadful movie posters during our Worst Film Week event, which has become quite successful. So, […] 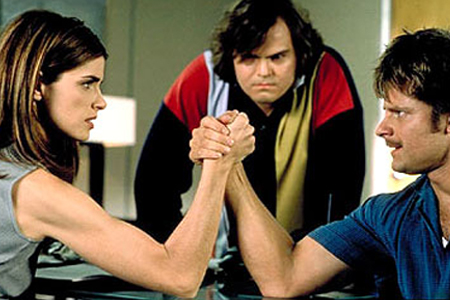 Mind-numbingly awful sums up my feelings about this film concisely enough. It isn’t funny, and it isn’t in the least bit entertaining. It’s one of those films where you want to turn it off after about twenty minutes but you keep watching in the hope it gets better. Well don’t bother, it doesn’t get better, it only gets worse.

We published a similar list during our first Worst Film Week, so we thought it was about time to bring back the infamous list of the biggest box-office bombs of all time.

Today we welcome special guest reviewer Robert Nowotny to fernbyfilms.com, a fellow film connoisseur and purveyor of his own opinions across at Friend Site, Need To Vent. Robert gladly accepted my challenge to write something about the films he hated, and I was most impressed when he came up with three! One of these choices is destined to be highly controversial, I’ll admit, but that’s what we’re here for, to debate the merits of film. 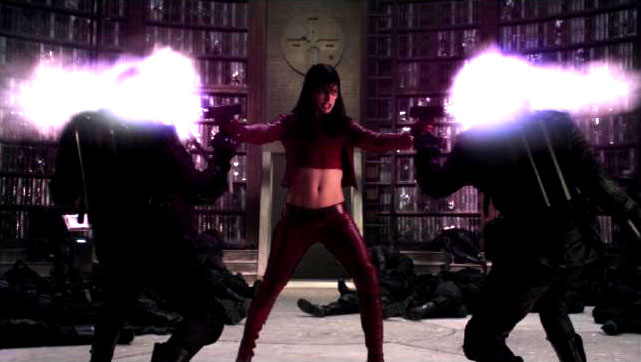 Wimmer (or should that be the faceless moron who ended up cutting this film apart like so much tissue-paper before sticking it together like a badly formed Jenga pile) directs UltraViolet with a complete lack of narrative emphasis, instead relying on the drooling masses ogling at Jovovich’s body shimmering across the screen. B-grade effects aside, this film is like gargling shit for ninety minutes. Throw in those effects, UltraViolet is like drinking somebody else’s vomit and having the nerve to call it art. To say UltraViolet is a bad film is to compare Ed Wood to Michaelangelo: and offer them both an Academy Award for services rendered. UltraViolet isn’t an actual film, in the truest sense of the word. Films have a beginning, a middle and, hopefully an end. Somewhere in there they usually try and have things like story, characters and a reason for existing. This film sips all that rubbish and tries to entertain you based on how shiny things look how fake the effects look, and how many times they can get Milla pouting at something off-camera. Casablanca is a film. Gone With The Wind is a film. UltraViolet refuses point blank to be anything but a glorified music video for Wimmer’s ego-driven prediliction for gun-toting violence.

Hello my dear readers! Welcome to the  Annual Worst Film Week here at fernbyfilms.com. Each year, in September, we take a look at some of […]