Since I asked just about every intelligent film lover (or other intellectual) I knew to contribute to our Worst Film Week, I had this response from long-time Fernby Films friend Emma Muhlack. Emma is a self-proclaimed intellectual, a thinking woman’s woman, and somebody I thought could write upon the vagaries of being a female in a male dominated industry such as film. Most films are either funded by men, made by men, and otherwise aimed at men. Of course, the counter to that is the advent of “romantic comedies”, films made specifically to tap into the female market. But the main push of films these days appears to be increasingly male-oriented. So I asked Em to come up with her own suggestions as to the films she didn’t like; and she did. I don’t agree with all her choices, but since they’re her choices, and I did ask, I must publish them with the accorded level of thanks and appreciation. To read more of Em’s work, check out her fabulously contradictory website Actual Results May Vary.

Apparently, everyone has a film they hate. It’s a fact of life, much like birds, bees, and the shaded bit behind the bike locker. I can’t think of a single film that I’ve watched that I’ve hated, though. Lots that I’ve been perplexed by, more than I care to count that I’ve fallen asleep in, plenty that are in the “so-bad-they’re-awesome” category, and quite a few in the “I’m ashamed to like this” category. Let’s start with my track record in being disappointed by film. Hell, it’s as good a place as any to start in finding a film I can love to hate.

First cab off the rank would have to be Alex & Emma, as my most recent “What were they thinking?” moment.  I’m normally a huge fan of the RomCom genre – it’s fluffy & sugary, the filmic equivalent of fairy floss. In Alex & Emma, though, I thought there was something more. I thought it was fairy floss with a strong core of mudcake soaked in rum. A RomCom for grownups, dammit.

With a female lead who is a strong woman, not afraid to speak her mind, and a film that poked fun at the conventions of romance literature1 while skilfully using its own genre’s conventions, I thought we had the thinking woman’s fluff. I got even more excited when Emma dumped Alex’s arse when she realised that the entire premise of their relationship was built on a lie – the character that she thought she had helped create was, in fact, a simulacrum of his old flame, a disheartening fact she discovers upon bumping into them in the café opposite his apartment. Fluff no longer! I crowed. Here we had a modern fable about the dangers of buying into the illusion, about taking unrealistic expectations of relationships and building them into a castle built of spun sugar (how many synonyms for fairy floss can I use?) and gumdrops.

Then, five minutes from the end, it all came crashing down. Just as I thought Emma was going to come of age, move on from her crushing romantic defeat, and become the Sylvia Plath of stenographers, the film pulled out the most ridiculously contrived ending. Needless to say, the move from playfully ridiculing romance conventions to embracing them like a long-lost cousin with a large bank account was enough to send me pacing up and down the hall yelling, berating the director for having sold out women everywhere, etc etc. Then, I sat down and thought “I wish I’d taped that”. Apart from the last FIVE MINUTES, I really liked that movie. So much for finding a romcom that I can love to hate. I just found a romcom that I hate to love – but do, anyway.

The second film that has disappointed me – and I know I’m going to get lynched for this – is Blues Brothers. That’s right. Jacob and Elwood Blues, four-fried-chickens-and-a-coke, the most amazingly awesome movie in the history of movies. It has John Lee Hooker, it has Ray Charles, it has Aretha Franklin, and James Freakingly Awesome Brown. How could I possibly find anything in this movie to be disappointed with?

I’m totally not disappointed with the fact that the final third of the movie is one giant car chase, filmed with stunts instead of CG. It is, in two words, incredibly awesome. I love that car chase. That car chase is the car chase to end all car chases. It is the car chase equivalent of my favourite sneakers – all sneakers (read: car chases) are judged against them.

Then, the neo-Nazis drive off a bridge. Which, apparently, is approximately the same height above sea level as an incoming commercial passenger liner. The laws of physics are less important than the law of cool – I understand this (warning: links to TvTropes wiki, enter at your own risk) and accept it as part of film. The sudden switch to surrealist humour, with the pythonesque eternally falling car, is so incredibly out of place that I’m jolted out of my happy “Yay destroy the cars while wearing my comfy sneakers” headspace and into some bizarre parallel universe. All that’s missing is Eric Idle sitting in the passenger seat reciting Beowulf. This disappoints me greatly. It’s like, say, discovering that an intelligent philosophy graduate you know happens to read trashy romance novels in her spare time2. It doesn’t diminish from their intelligence, but you can’t help but be a little sad that they’re not reading Kant or Bentham under the blankets with a torch at night.

Then there are the films I’m perplexed by. This pretty much encompasses about half of the anime I watch – Akira is particularly guilty of this. I must have watched that film a dozen times, and I still can’t tell you what the plot is. I love it though – getting lost in some bizarre post-apocalyptic wasteland with motorbike racing and gigantic exploding babies. I think.

I’ve fallen asleep in just about every black and white film that gets shown on the ABC at 2am. Some of them were incredibly boring, which explains the napping, and I think the one exception to this is the 1934 version of The Scarlet Pimpernel (which I thoroughly enjoyed when being insomniac around new year this year). Then there’s the “So-bad-it’s-awesome” film category, which includes everything from Flash Gordon (seriously, a SF B film with a soundtrack by Queen? And Ming the bloody Merciless? Hilarity!) to a particularly hilariously subtitled Kung-Fu film that provided us with the immortal line “Wang’s force is unstoppable!” I’ll also include Kung Fu Hustle in this category – a strange and peculiar mix of Loony Tunes and Hong Kong action cinema.

There are even films that are terrible, formulaic, and yet I still like them. This includes (please don’t lynch me) the Star Wars Prequels, vast tracts of the Star Trek film franchise (the one with the whales, anyone?), and a very large swathe of films billed as RomComs, including Heart and Souls (a young Robert Downey Jr) and Mrs Winterbourne (a young Brendan Fraser). Cheese factor 10, Mr Sulu!

And to finish it off, there are films based on books I can’t stand. The best example of these would be the Dan Brown novels. Stupidly contrived, no character development, flimsy dialogue, and holes in the plot I can drive a panzer through. However, that doesn’t matter in the movies because there are two factors: explosions and sexual tension. Put either of those in a film and I’ll probably like it.

I think there’s only one film I really hate.

The film is, of course, Twilight. It’s based on books that are terribly, terribly written and that I haven’t actually read – mind you, this isn’t because I’m afraid I might like them. It’s because I’m afraid that I will burn them, and then attempt to destroy every book shop that might consider selling them. And then where would I buy my trashy yet well written romance novels deeply thought out literary masterpieces?

The problem with this, of course, is that I’ve never actually watched it. Given my track record of not actually hating films that are crap, though, it’s probably a good thing I’ve never seen it. Unlike the issue with the books, I’m not so much worried that I might destroy every cinema that showed the films. Rather the opposite.

I’m afraid I might like it, become a twihard, and actually care about sparkle-boy, shirtless dude, and wimpy pale emo chick. And more than my love of ridiculous, contrived, and hilariously overdone film, that would truly be a tragedy.

1. Not that I read romance literature. Noooo…

2. Description is of a fictional person, and any resemblance to the author is purely coincidental. 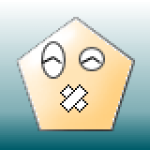 1 thought on “Finding A Film I Can Love To Hate”