Hyper-violent action B-movies don’t come more neon-infused than Cedric Nicolas-Troyan’s electrifying and visceral Kate, a pastiche of Leon: The Professional, Crank and John Wick, and although lacking character depth or any kind of uniqueness to differentiate itself from others of this aesthetic, is just bloody enough to warrant at least one cursory watch on Netflix at some stage. With its dynamite ticking clock premise and atmospheric Japanese backdrop one could find a pleasingly fruitful directorial style from Nicolas-Troyan were it not for the incoherent logic and poorly written characters, although to be fair lead actress Mary Elizabeth Winstead (Scott Pilgrim, 10 Cloverfield Lane) seems to at least be having fun shooting and slicing her way through a lengthy cavalcade of nameless Asian Henchmen types, so perhaps logic and character beats aren’t really required. 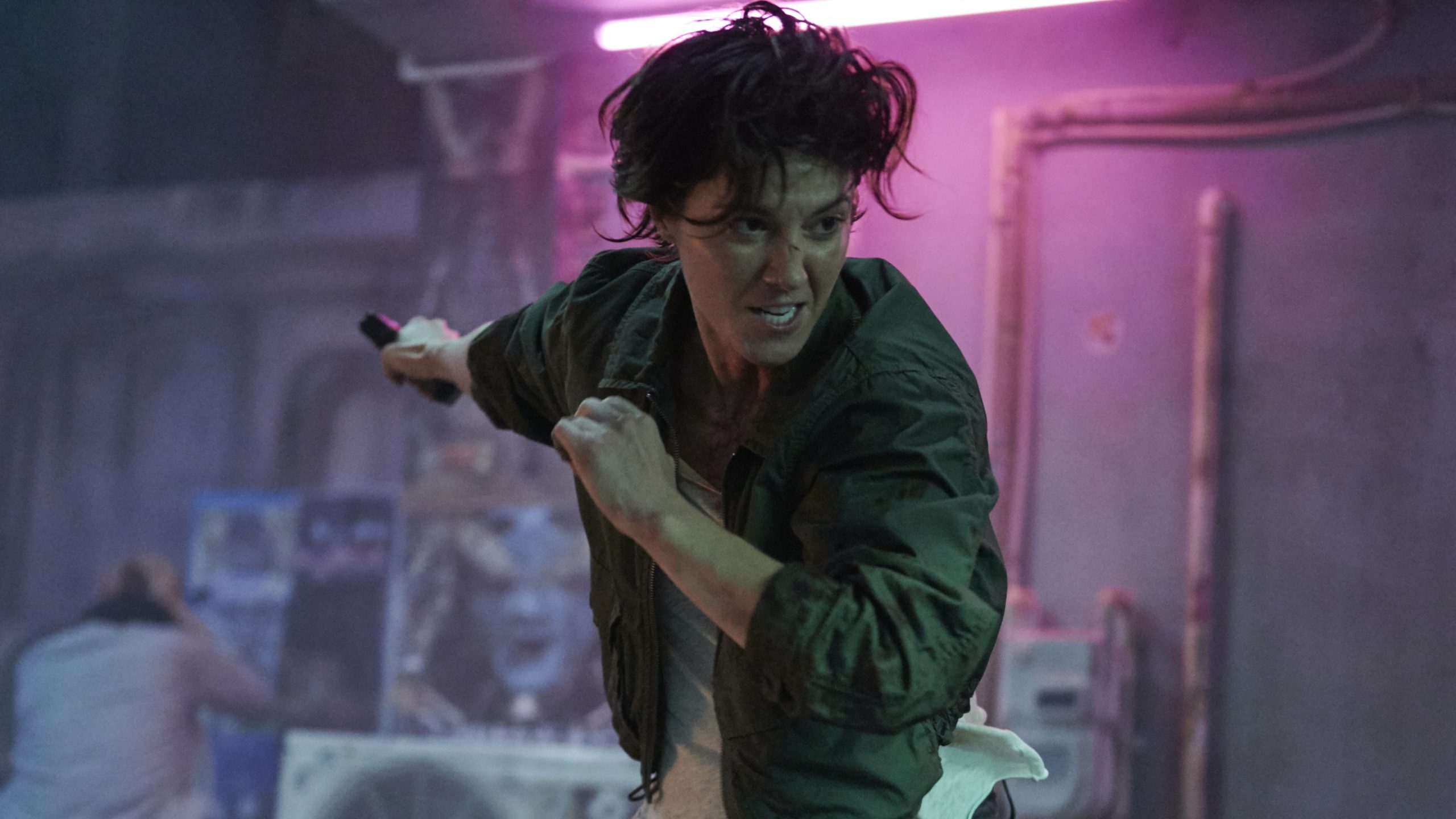 Winstead plays the title character, Kate, an assassin working for a mysterious organisation and handled by Varrick (Woody Harrelson); after she is tasked with assassinating the leader of a Tokyo triad family and the rest of his associates, and failing, she wants to get out and live a normal life. After being poisoned with Polonium, Kate has roughly 24 hours left to live before dying of radiation sickness, so she decides to hunt down the target in Kijima (Jun Kunimira) for having her killed. Along the way she meets rebellious Ani, niece to Kijima, to use as a bargaining chip before eventually taking her under her wing as she slowly starts to feel the effects of the Polonium’s radiation. Her mission is barricaded by the usurper Renji (Tadanobu Asano), one of Kijima’s advisors, who has betrayed his master for his own personal gain, and wants to use Ani as a pawn to bring down those who oppose him.

If you’ve never seen a film before and you were born within the last 12 to 13 years, Kate will be the greatest film you’ve ever seen in your life. It’s a gangbusters action festival, a perplexingly shallow Lone Wolf and Cub ripoff with echoes of Besson, Tarantino and Refn mixed in with less astute narrative complexity. Kate works as both a wantonly violent derivation of similar cinema fare (Atomic Blonde, John Wick, et al) and a tiresome heroic killer archetype, with Winstead’s assassin character finding some semblance of humanity (suddenly, for no real reason the film bothers to give us) before her valiant, almost cathartic, final showdown. 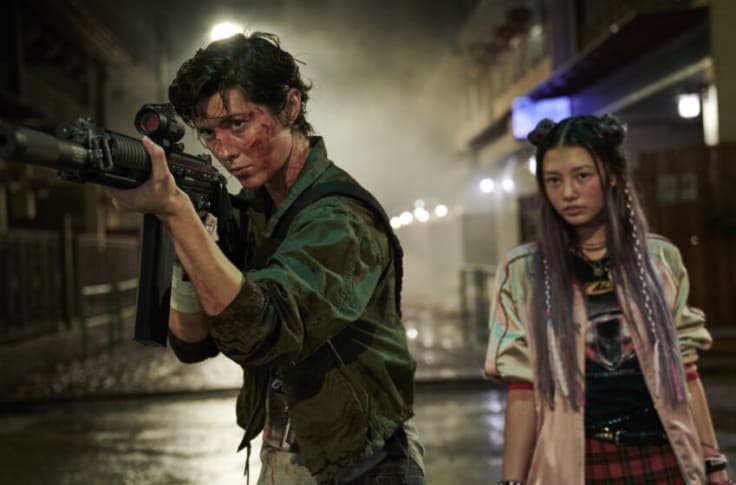 If, however, you’ve seen any films made before 2010, Kate is a decidedly mediocre if pleasingly stylish take on the assassin genre, offering little thought and even less room to breathe as it lurches from one blood-soaked orgy of death and carnage to the next, with pre-teen cursing about the only drawcard other than plentiful headshots and body horror from knife fights. Kate endeavours to steal outright from the John Wick franchise by casting Woody Harrelson as the hard-bitten mentor role played by Ian McShane in the Keanu Reeves franchise, with the actor not even trying to hide the film’s expected last-act twist in his arc as storytelling takes a back-seat to various gunbattles and fisticuffs. Winstead plays the lead role as best she can, and offers a fairly decent fist of being an action hero despite lacking the fluid physicality of more seasoned genre performers – the hand-to-hand fight choreography really stretches her ability to breaking point as well as the film’s believability that she could last so long against so many, all whilst suffering the rapidly mortal effects of radiation poisoning. Winstead is a highly competent actress at the worst of times, but not even she can rattle the cage of a screenplay so destitute of creativity when it can simply patter against generic plot points and character beats.

Winstead’s co-star, Miku Martineau, plays the screeching Ani without a shred of screen charisma, coming off wooden and maddeningly obtuse, although I guess she’s supposed to represent the disaffected youth of today? Either way, Martineau is hideous in the film’s overall performance tapestry, with arguably all the female roles in this superseded by Jun Kunimira’s effective work as the “Bill” in this Kill Bill homage – as Kijima he’s the Final Boss in Kate, but he brings so much to the table with just the lightest gestures and smallest facial expressions, every time he’s on the screen (which isn’t enough, in my opinion) he’s an absolute delight. Mortal Kombat actor Tadanobu Asano has a dreadful time playing the up-and-coming wannabe triad gangster Renji, with motivation so awfully written you are screaming for him to meet a swift demise (spoiler, he does) lest he sully the film further. Seeing the talented Michiel Huisman (Age Of Adaline) pop in for a thankless cameo as a barfly sexual encounter for Kate early on is disappointing in that the film couldn’t find a better use for him. Gotta take the paycheck, I guess.

In terms of action, The Hunstman: The Winter’s War director Nicolas-Troyan does a (literal) bang-up job with the frantic nature of the various brawls and shootouts, offering perfunctory deaths and gloriously swift eviscerations edited to perfection. A hilariously shoddy neon-car chase through the streets of Tokyo that looks like a rejected scene from a Fast & Furious movie, coupled with a mindless mano-e-mano brawl between Winstead and local musician Miyavi that comes as a struggle after her character just obliterated at least two dozen other hulking henchmen in a dojo mere minutes earlier, as well as a feeling of blank-stare emotional depression throughout, threaten to overwhelm the generally enthusiastic nature of Cedric’s direction, and to his credit he pushes the needle as far as audience tolerance of pure silliness is willing to go, but even I will concede that a lot of Kate doesn’t work as well as it should. And I really had a good time with the film in the moment. 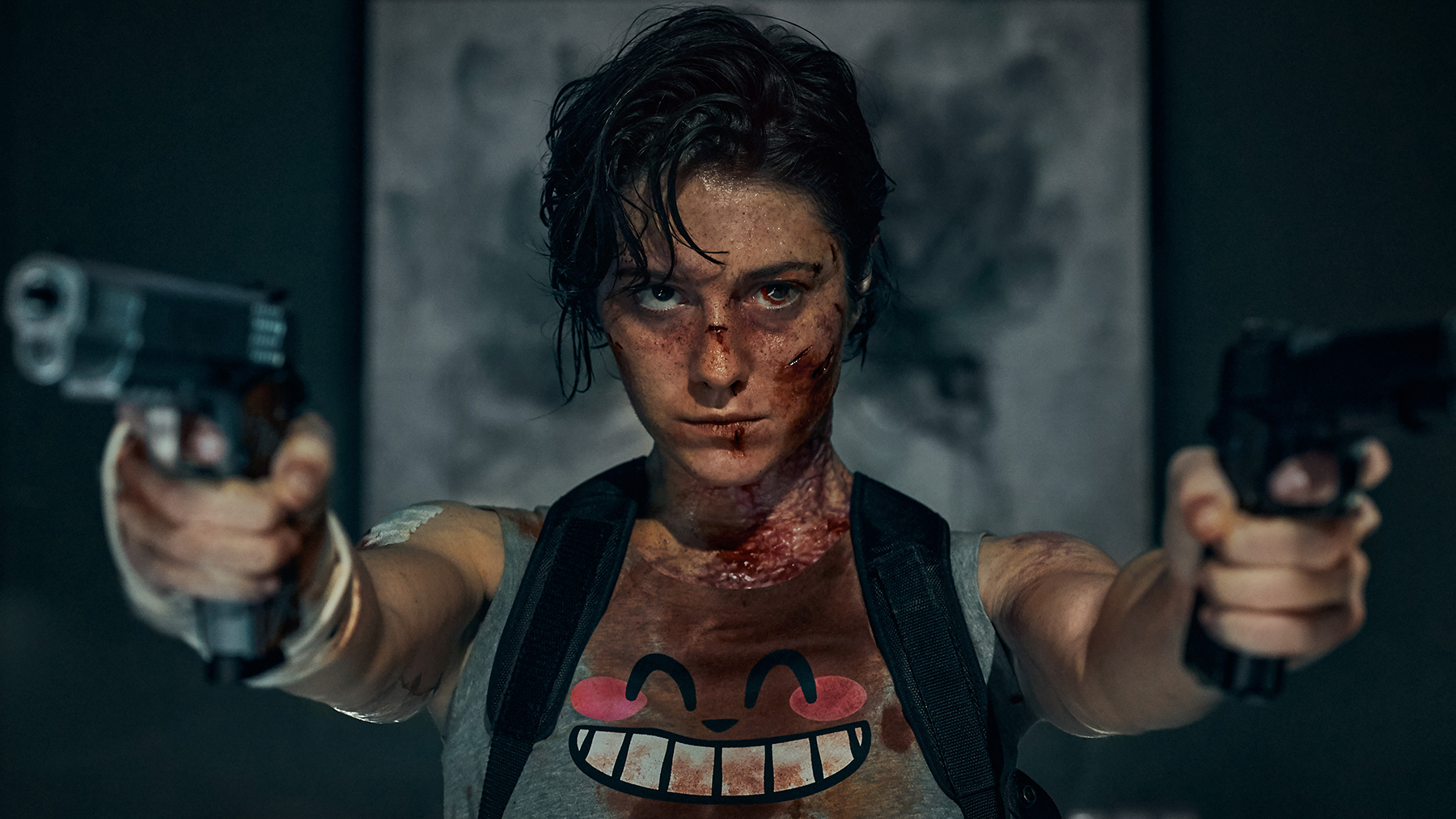 Look, it’s never going to win any awards, and sits comfortably in the lower rankings of all-time great entries into this hyper-violent action subgenre, but it’s a pleasant and diverting enough time on the couch despite problematic logic and an unforgettable similarity with both Crank and Leon: The Professional. If you look at Kate as a sequel to both those films maybe you’ll find something to appreciate, but this movie lacks the smarts or the energetic freshness of either and instead kinda tanks itself trying too hard. Handsomely mounted, well shot and very well edited, Kate looks good on the surface, but once you dig beneath the glossy exterior and poster-worthy plot summary there’s actually very little here worth considering. At least the violence looks cool as hell.