Director : Mark Neveldene, Brian Taylor
Cast : Jason Statham, Amy Smart, Dwight Yoakam, Jose Pablo Cantillo, Carlos Sanz, Efren Ramirez, Keone Young, Reno Wilson.
Year of Release : 2006
Length : 87 Minutes
Synopsis: A professional hitman (Statham) is given a dose of a lethal poison that threatens to stop his heart unless he keeps producing adrenaline. In order to find the cure, he must find the people who did this too him, and find a way to save himself.
Review : Loud, obnoxious film presses all the right buttons at all the right times. Stunning lowbrow action thriller manages to keep your interest in the same way that the film about a bomb on a bus did: keep the action going the entire time, and push the limit of logic and common sense out the way. Fun, exorbitant filmmaking with a crude, sly sense of humour.

Jason Statham is one of those guys who would appear on the surface to be the next major action star, in a similar vein to Stallone or van Damme (no, he’s certainly no Schwarzenegger!) and his film career seems built on the one persona he has – charming, bullish cop/detective/thug who takes no crap from anybody.

Since Snatch came out and made a star of Statham, he’s never looked back. Even the trash he’s appeared in over the years have still been mildly entertaining just from his appearance in them.

Crank, one of the lesser known action films in recent years, is a diamond in the rough. Violent, over-the-top and utterly ridiculous, manages to straddle the line between the sublime and the stupid, coming in somewhere around “cool”. Statham plays a hitman, who is injected with a Chinese cocktail of drugs that block the adrenal glands and stop his heart. The only way to prevent his own demise is to keep pumping adrenaline out: which means he has to go hard almost the entire time. Imagine trying to keep your adrenaline up for a whole day. It’s pretty intense, and makes for a great little concept film that rocks.

Of course, the conceit of the film is that Statham goes on an extended action sequence in order to keep his adrenaline pumping, with shootouts, car chases, fight scenes, sex scenes and other cliché action beats filling in the film’s running time. It’s kind of like Speed, just with the “bomb on the bus” inside Stathams chest. The villains are as wooden as you’d expect, Statham snarling and growling his way through the basic script, but for some reason the whole film is actually quite a lot of fun.

The energy directors Mark Neveldine and Brian Taylor bring to proceedings is infectious, if slightly undercooked in its execution: yet the frenetic pacing precludes any kind of breathing space as Statham races around like a madman to stay alive. Of course, it’s only after the film ends that you can look at it objectively. As the film builds and builds, reality goes out the window; the finale is pure film entertainment, without one shred of credibility: it’s still in keeping with the style of the film, however, and you’re ready to forgive the filmmakers a little poetic license.

Crank is one hell of an enjoyable film, if slightly over-the-top. The directors use every style of film they can, bleached, blurry, washed out, hyper-real: it’s harkens back to early Oliver Stone stuff, and it’s great to watch. The visual effects, while minimal in use, are effective in helping create the supercharged world the film exists in. It’s funny, violent action that never once takes itself seriously, and if you don’t get one laugh out of it then you’d better check your pulse. 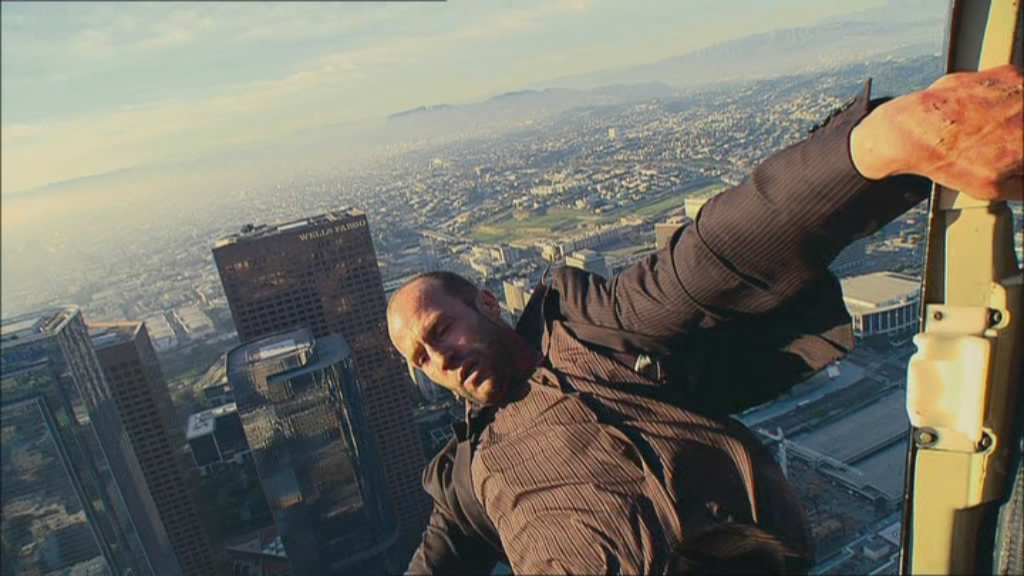 Definitely not a kids film, Crank is one of the most energetic films I’ve seen in ages, and personally, I cannot wait for the sequel.