The Curious Case Of Adaline Bowman

While most of us would love to walk the Earth for millennia, immortality is usually always depicted as something of a curse by Hollywood’s storytellers: usually, those immortal beings are vampiric in nature, born to feed on human blood and forever live with violence surrounding them. Adaline Bowman is not a vampire – this isn’t a supernatural tale a la Underworld or Twilight. But it does deal with an ageless woman forced to reconcile her gypsy lifestyle against the backdrop of the passage of time, so it’s kinda the same. Adaline doesn’t drink blood, but she is forced to remain secretive, away from authority and minimizing her footprint within life in San Fransisco. She’s also careful not to strike up any real, lasting relationships, something which isn’t quite as easy when she meets the charming Ellis Jones. 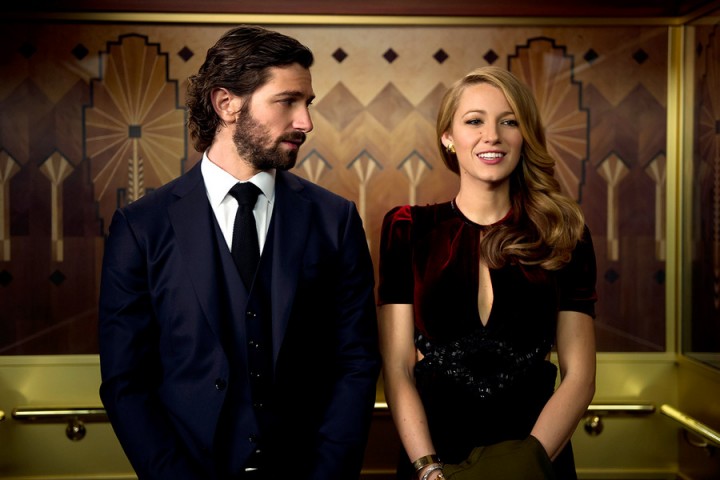 Adaline Bowman (Blake Lively), was born at the turn of the 20th Century, and one night in 1937 runs her car off the road and into a lake, where she’s struck by lightning. This, somehow, causes her to cease aging, and thus Adaline lives at the same age for decades. Fleeing the FBI’s investigation into her life, Adaline assumes various aliases, one each decade, and has to watch as her own daughter, Flemming (Ellen Burstyn) grow up, and eventually becomes older, while she remains the same age. One New Years Eve, she meets wealthy philanthropist Ellis Jones (Michiel Huisman), who pursues her until she caves in and allows him to become part of her life. Ellis takes Adaline to meet his parents, only for her to discover that Ellis’ father (Harrison Ford) was a former beau.

I think I could probably count on the fingers of one hand the number of romantic fantasy films that I’ve found either romantic, fantastic, or both. Amelie, the French film starring Audrey Tautou, is the kind of whimsical charmer to do just that, but recently Hollywood’s provided neither the heart or soul to accommodate a similarly themed film of equal competency. Adaline’s most recent thematic ancestor, David Fincher’s The Curious Case Of Benjamin Button, with which it shares more than a few overtones of historical serendipity, managed to bring a sense of melancholy romance between Cate Blanchett and Brad Pitt, as two time-crossing lovers. Age of Adaline, which sees an ageless Blake Lively confronting her destiny when she falls for the handsome Huisman, elevates the vaguely Forrest Gump-esque journeyman plot through the 20th Century to a level that’s worthwhile, but still not quite in the “classic” camp it so obviously strives to achieve.

Directed by Lee Keriger, an independent film-maker best known for his previous films, The Vicious Kind (2008) and Celeste And Jesse Forever (2012), gives Adaline’s voyage through time a sense of ageless perfection – the film looks for all the world like one hell of an expensive perfume commercial, all soft-focus and warm, saturated colors. The laconic narration, by the dulcet-toned Hugh Ross, obfuscates the need for excessive exposition, relying heavily on montage through the film’s opening half as it builds up Adaline’s storied and checkered history. It’s a bit of a cheat, using narration to evacuate holes in time at the expense of the “present” storyline, but the film carefully negotiates charm with pace as it sets up Adaline’s empty, melancholy life. As somebody who could quite possibly live forever, Adaline’s limited exposure to the outside world, particularly relationships, isn’t given enough consideration within the framework of the screenplay (written by J Mills Goodloe and Salvador Paskowitz), but Blake Lively’s convincing performance is enough to bring heft to the part, even when the script trips itself up trying to be clever.

Lively’s chemistry with Huisman, a cornerstone of the film’s centripetal force plot, is sweet enough, but the moment Harrison Ford appears on the screen, the film really lurches to life, dragged upwards by Ford’s rumbling, desperately aching performance as Ellis’ father, and one-time lover of Adaline (whom he believes is long gone, after Adaline tells him it was her mother, not her, that he met in England in the 60’s). The way Adaline’s hidden life begins to unravel becomes more wrenching as Ford’s discovery of her secret unburdens her. Ford’s on-screen wife, Kathy Baker, turns in a nice performance as the “second choice” of Ford’s life, while the always-amazing Ellen Burstyn is terrific as Adaline’s daughter, Flemming. And I should mention the wonderful job of Anthony Ingruber, who has the unenviable task of personifying a young Harrison Ford at key moments of the film. His mannerisms and vocal intonation are just brilliant.

Although I’d love to say The Age Of Adaline is a sublimely classic romantic fantasy, the film falls short of true greatness by a small margin. It’ll inevitably have its proponents, I’m sure, and will no doubt become some kind of minor classic for women to watch over a glass of wine and cheese, but a contrived second half undermines much of the “fantasy” and almost all of the overt romance. It skirts melodrama when it need not, although the thought of Adaline bedding both Harrison Ford’s character and Huiseman, who plays his son, even in ignorance, is largely cringeworthy. Don’t think too hard, I guess, and it’ll probably seem romantic, but it’s an edgy conceit that doesn’t play as well as the film would intend. Keriger cribs from Robert Zemeckis’ meticulous style, and has a terrific eye for framing and cinematography (here’s hoping DP David Lanzenberg finds himself nominated for Oscar), while Age Of Adaline’s frozen-in-time premise feels a little disjointed in motive and cohesion: the nett result is a film that at least looks great, and feels sweet while you’re watching it.

Loathe as I am to say it (because I’m not a huge fan of gushing romantic epics), I actually enjoyed this film. It doesn’t linger in the mind much past its closing credits, and I doubt I’ll feel the need to watch it again, but it’s competently made and has enough breathless romantic saccharine to satisfy all but the hardest sappy heart. It does dwell a tad too long in getting to the point, and overstays its welcome by about fifteen minutes, but Age of Adaline is worth a look.