What is a human life worth?

What makes one life more or less valuable than another, particularly in the event of an absolute catastrophe, such as that depicted in this uncomfortably raw 9/11-themed movie, directed by Sara Colangelo. Although we’re now twenty years post-event, America and the world are still coming to grips with the events of that Tuesday September morning, as the brief bright, hopeful post-millennial milieu evaporated into grey terror that has persisted through the decades since. Films about that day, and the politics, social upheaval and global disharmony that go along with it, were slow to arrive at first, but now that enough time has passed for filmmakers to be comfortable tackling such piercing iconography it seems the annual remembrances are going to be well accompanied with varying semi-fictionalised biopics for the foreseeable future; such is the psychological trauma suffered by many Americans it’s doubtful any will help satisfy our unending desire to understand such a historic event, but Worth, in which a lawyer confronts the unthinkable and unimaginable in the wake of a national tragedy, at least parses the human toll down to an emotional and cogent silver-lining feel-good story. 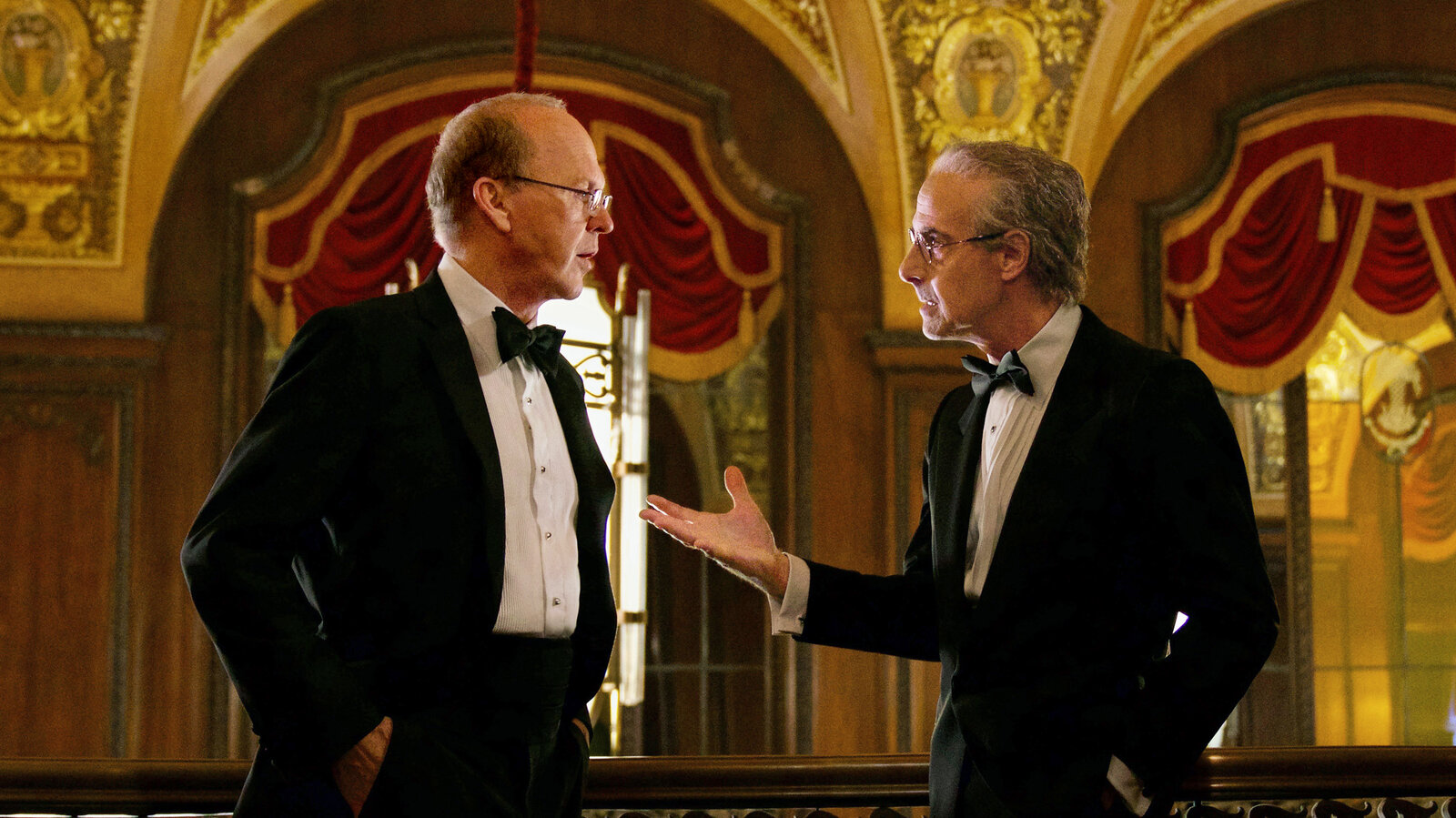 Washington-based attorney Kenneth Feinberg (Michael Keaton) is appointed Special Master of the compensation fund awarding victims of the September 11 attacks on New York City, the Pentagon, and United 93’s destruction in Shanksville a Government payout, to cut off potential economic-armageddon lawsuits against airlines and various other stakeholders affected by the terrorist incident. Feinberg and his law partner, Camille Biros (Amy Ryan) work through the claims of countless citizens, using a specialised formula to determine the economic loss of each person’s death; seen as unfair by many, Feinberg’s main rival is Charles Wolf (Stanley Tucci), who organises a protest group calling for Ken’s formula to be scrapped in favour of a more fair and balanced direction of funds. With the clock running out on getting over 80% of claimants to sign up for the fund, Feinberg and his firm must find a way to sway thousands of people who believe his work to be inhumane, something Kenneth himself increasingly struggles to countenance. 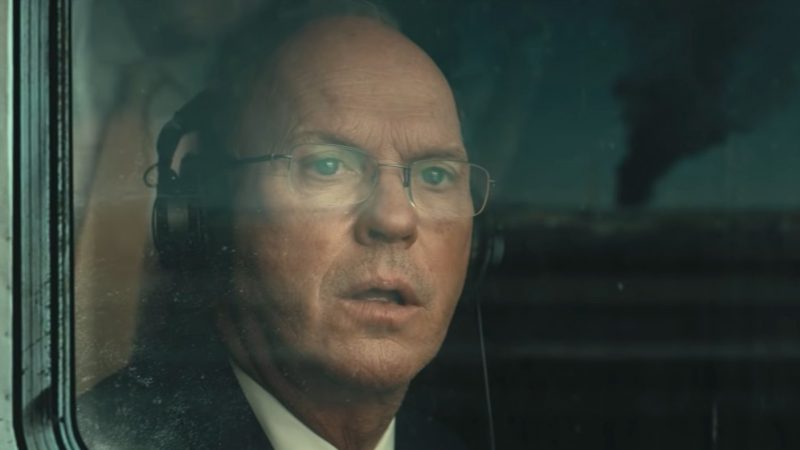 People may find Worth tough going for any number of reasons, among them a reminder about that awful day and that the consequences of it continue to linger. The legal fight contained within Worth isn’t the only story to come out of 9/11’s terror: first responders have been fighting an ongoing battle with US congress to obtain restitution for health issues gained from working at Ground Zero, the site of the collapsed World Trade Centre, no only for those who have had lengthy and expensive health concerns but also the families left in the lurch through no fault of their own. The idea of collating a deceased person’s value to the national economy via a formula on an excel sheet might seem brutally savage in light of the sadness of 9/11, but, as is explained in part of the film’s opening preamble, were victims families to sue for loss of life, the financial crippling of airlines and other businesses associated with the event would cause a catastrophic collapse of America’s financial sector; the Bush Administration sets up a 9/11 Victims Compensation Fund, to which Feinberg must get 80% of the estimated 7000 victims (families, spouses, etc) to sign up by January 1, 2004, or else the fund is no longer viable. The ticking clock motif is arguably indefensible but the film turns this into a glacial race against time for some kind of justice – not the kind of justice Americans may have wanted, but justice of some sort nonetheless. 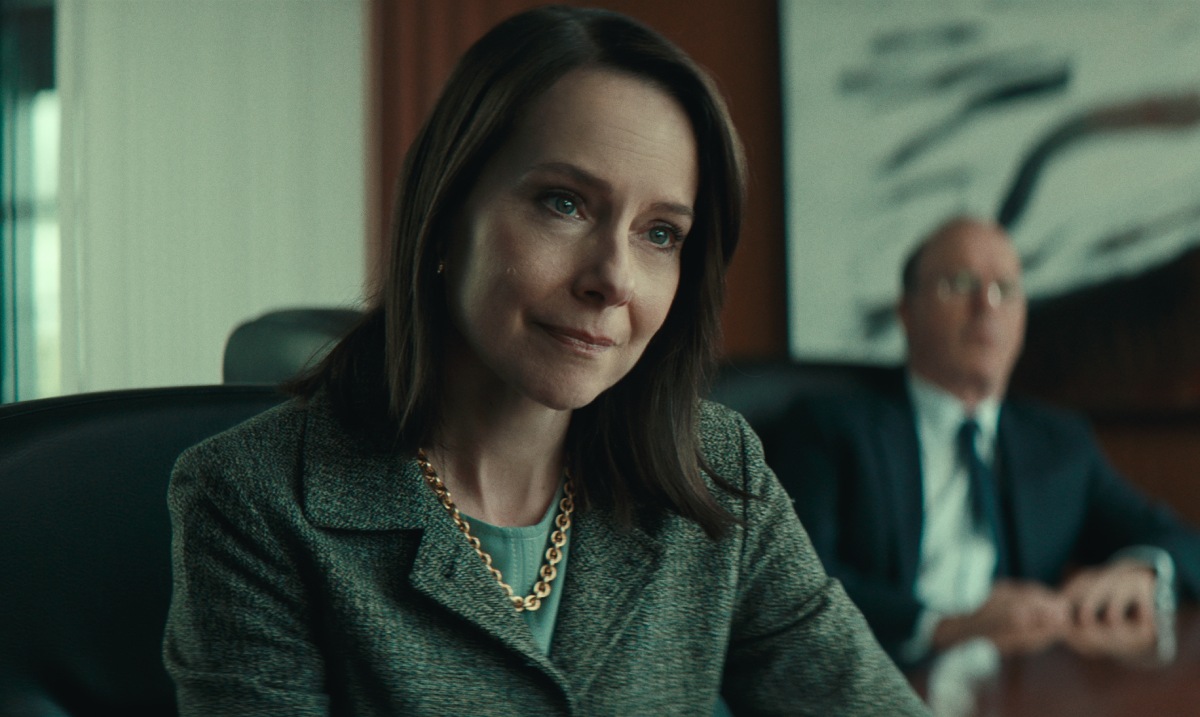 Written by Godzilla/Kong franchise writer Max Borenstein, Worth takes the dry ruminations of a legal drama and tries to extract some kind of humanity from a wrenching tale of loss. Exactly how the formula works to determine a person’s worth isn’t explained in specific detail, but the overall idea of some company executive getting a generous payout whilst a janitor or office jockey gets less seems to be the defining logline Worth essays. Borenstein’s script weaves in emotional complexity for Keaton’s Ken Feinberg, who has since gone on to perform similar roles in awarding compensation to victims of BP’s Deepwater Horizon disaster, the Sandy Hook massacre, and the US Volkswagen recall following an emissions scandal in 2015. I found the part of Feinberg a touch too difficult to attach to at an emotional level, with the character displaying an almost inhuman level of uncompassionate resistance throughout the years of dissertations, impact statements, claimants and exhortations, until a Hollywood-esque lightbulb moment in which he realises that he can give everyone what they want and keep his reputation intact for fairness and impartiality. Keaton plays the role well, I felt, giving the horror of the moment he learns of the attacks on New York and Washington a full-throated sense of incomprehension – much like us all who were alive at the time – as well as the stonewalling lawyer who proceeds with taking on the task, but I found Feinberg to be just as much an enigma in the final scene as I did in the first. 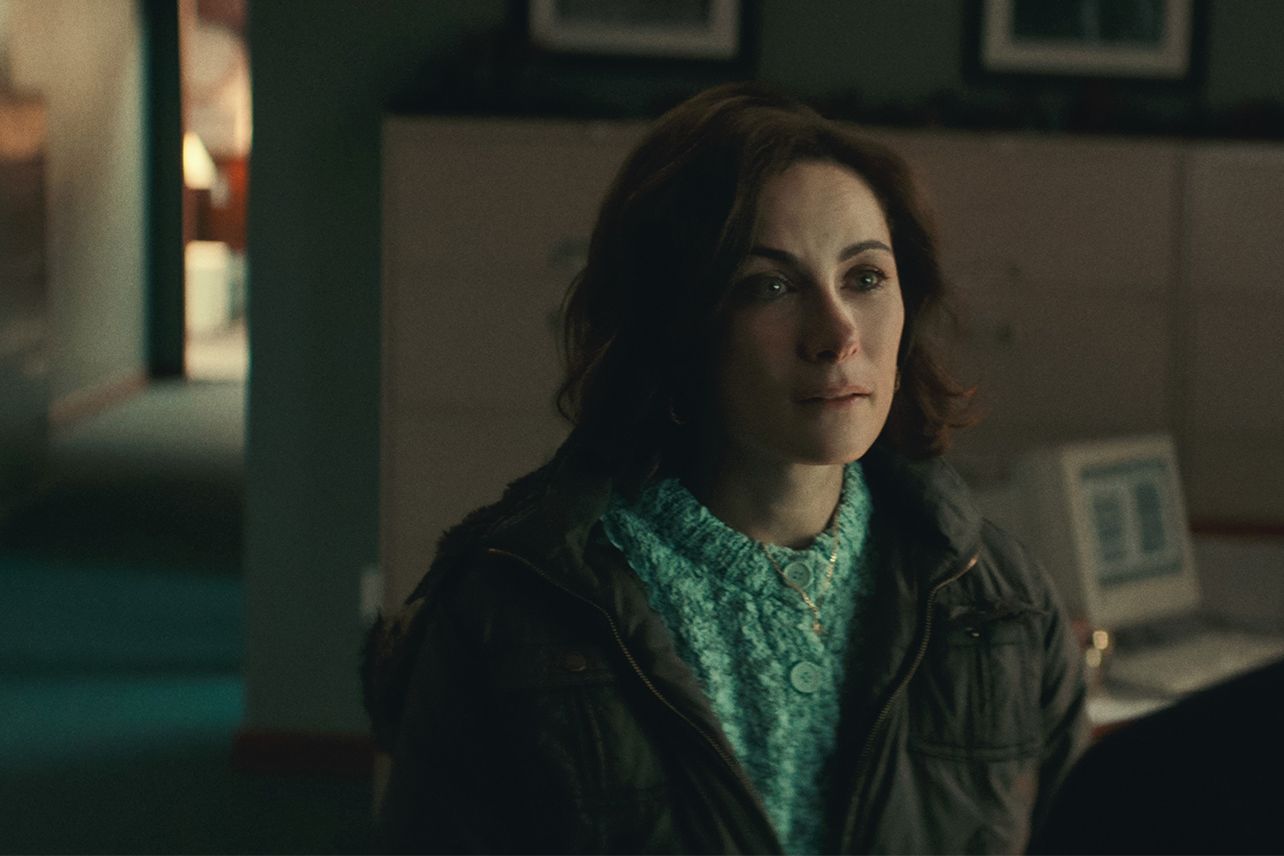 Co-stars Stanley Tucci, who holds a lot of the film together with minimal effort and even fewer on-screen minutes, and Amy Ryan as Feinberg’s partner in law, are excellent, while a large ensemble of unknown talent form the “victims” and their families who seek compensation, with varying degrees of outrage and anger and grief. Shunori Ramanathan is delightful in a small role as one of Bernstein’s firm recruits, Priya, who comes aboard after her entire WTC office is destroyed leaving her without a job. A certain portion of the film centres around one particular victim’s family, the widowed Karen Donato, played by Laura Benanti. It emerges through investigation than Karen’s husband, a firefighter killed in the World Trade Centre as a first responder, was having an affair and actually had children with another woman who was also seeking compensation. Karen’s brother-in-law, Frank Donato (Chris Tardio), wants to keep his brother’s reputation as a family man intact but Feinberg has a duty to honour the wishes of the Fund for restorative compensation to all victims, whether they knew about each other or not. It’s an interesting decision to throw this into the mix here, and Borenstein’s script does a good job handling the various complexities of such a narrative twist, but I don’t think it really added anything to either Feinberg’s emotional journey or Stanley Tucci’s far more interesting facilitation of being gentle grist in the cogs of the whole thing.

Watching actors of the calibre of Keaton and Tucci work together on-screen is one of Worth’s most enjoyable aspects, and I lament there wasn’t more a focus on their different sensibilities in this case. Tucci absolutely nails the part of a grieving widower simply out to make things fair, having seen what Feinberg wants to do as being unjust. That the film tries to muddy the waters on this plot point does Worth a disservice, instead focusing a lot on what people have lost – a subplot involving a gay couple, one of whom was tragically killed and whose partner, seeking compensation, must deal with the fact his love-ones parents are opening homophobic, is particularly brutal – and it’s to the detriment of the overall engagement of the movie. The drama eked out by director Sara Colangelo filters through ensemble waterworks rather than the more subdued legalistic elements, combining both but somehow missing the mark on the former. The inclusion of Tate Donovan’s unscrupulous lawyer edging on potential lawsuits from his uber-wealthy clients is about as off-tone as you get in the film, as close to a boo-hiss antagonist as such a sombre story deserves, although it kinda feels off-putting to even elicit such strong emotional resentment in a movie that works better as an uplifting story of humanity prevailing against insurmountable tragedy. 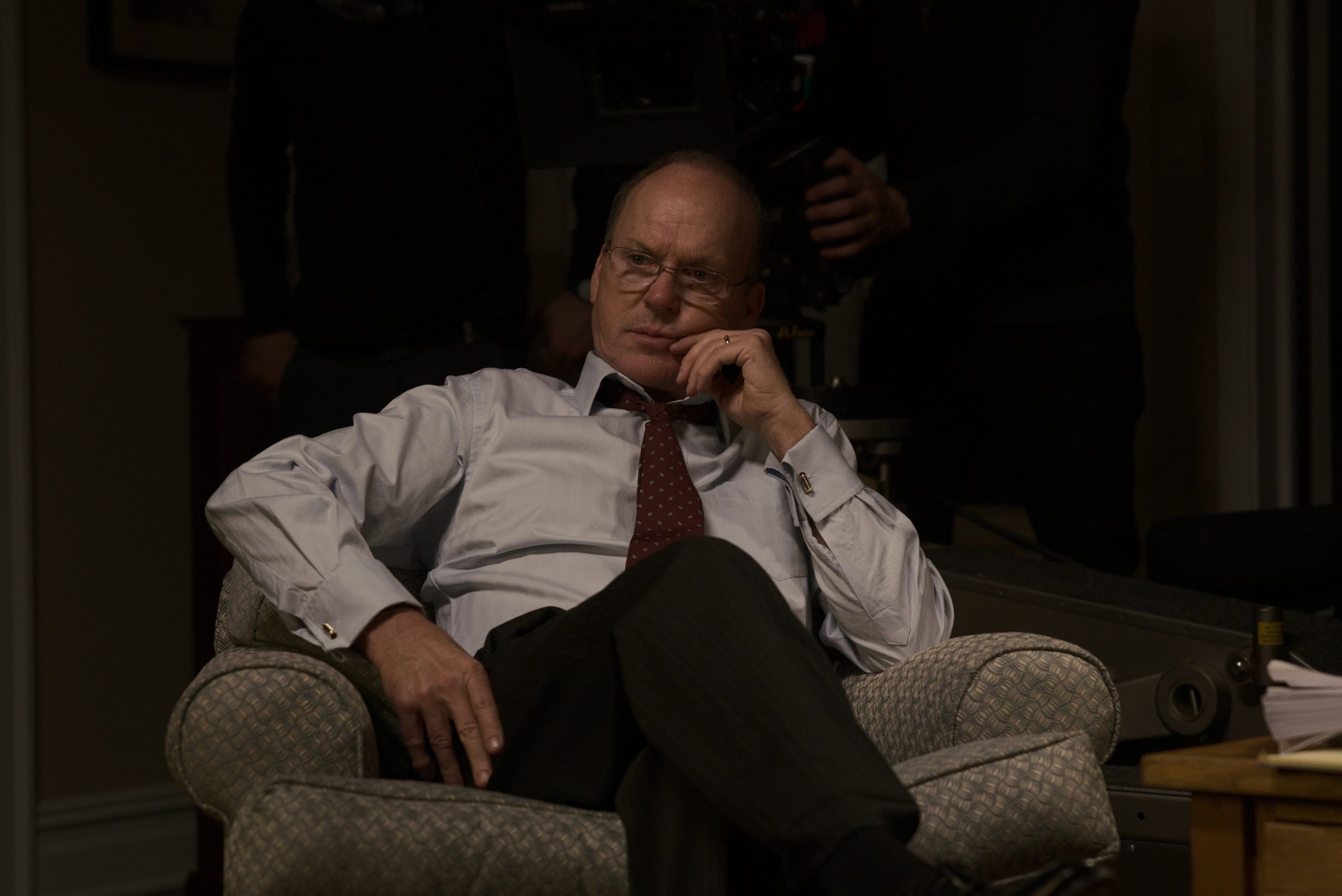 Worth is a low-key, earnestly performed and solidly directed drama from Colangelo, acted with precision and honest by Keaton, Tucci and Ryan, touching on a little-understood aspect of disaster compensation and filling in some gaps in my September 11 knowledge. I often worry that films tapping into the horror of 9/11 often feel like opportunism, Worth works because it never feels like its trying to capitalise on the tragedy, rather just exemplifying yet more human grace and courage in the aftermath than many may not be privy to. Although never an astounding, revelatory piece of filmmaking, Worth’s quiet, sombre mood and often heart-breaking personal backdrop will find much to celebrate the human spirit, as the horrors of that awful day continue to reverberate through the decades since.