From its all-too-obvious similarity to Hitchcock’s Rear Window to Amy Adams tremble-lipped performance as the agoraphobic woman who witnesses a murder across the street, Joe Wright’s big-screen adaptation of The Woman In The Window, from the 2018 novel of the same name might have worked on the page as a weird, Machiavellian thriller in the vein of Fincher or Lynch but the end result is one of meandering indifference. It isn’t a terrible film – it’s certainly not as bad as the majority of critics might have you think – but it lacks both true smarts and compelling thrills, or at least just enough of them to satisfy the easily pleased, among which I count in that number. Wright’s direction is elegant to a point, Adams’ performance in the title role works more often than it doesn’t, and the supporting cast and the cavernous apartment in which the majority of the film is set do enough to at least bring the milieu to creepy, skin-itching life.

Psychologist Dr Anna Fox (Adams – Arrival, Vice) loves in her New York apartment suffering from agoraphobia – the fear of going outside. Her husband, Ed (Anthony Mackie – Triple 9) and daughter Olivia (Mariah Bozeman) live away from her but still talk every day. Anna has a tenant, David (Wyatt Russell – Overlord), living in the basement to keep her company, although he is erratic and often standoffish. One evening, Anna befriends one of her new neighbours, Jane Russell (Julianne Moore – Still Alice), after an encounter with Jane’s son Ethan (Fred Hechinger – News Of The World). Not long afterwards, Anna witnesses Jane being murdered by her belligerent husband Alistair (Gary Oldman – Mank). However, upon calling the police, Alister informs them all that his wife is well and truly alive, producing a “new” Jane Russell (Jennifer Jason Leigh – The Hateful 8). Confused, the highly medicated Anna begins to question her own sanity, tracking the clues down a rabbit-hole of depression and anxiety and causing concern for the detectives investigating, Little (Brian Tyree Henry – Godzilla Vs Kong) and Norelli (Jeanine Serralles). 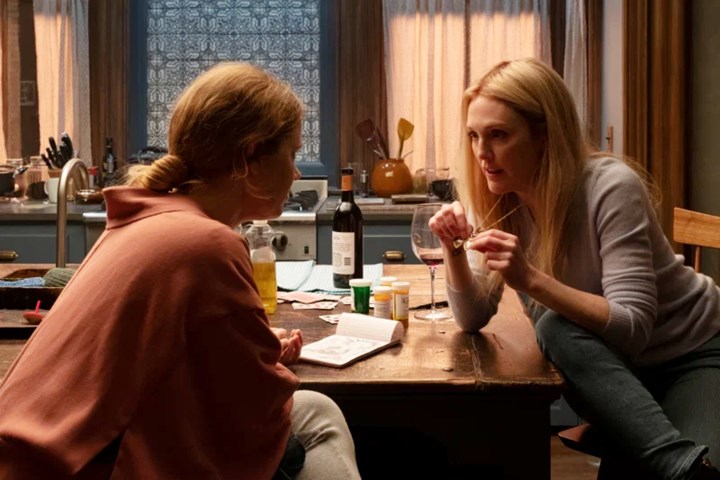 If there’s one thing that ruins any mystery film worth its salt, it’s predictability. Sadly, The Woman In The Window is, for the most part, fairly predictable. It is also fairly benign, a slight film that trips into contrivance more often than is necessary, and while Amy Adams generally acquits herself well enough, this won’t be one of her more memorable performances. If any of you recall Johnny Depp’s unfortunately downbeat Secret Window, this film has a lot of that film’s hallmarks, in that it’s an unfathomable mess of plot but looks great and has some solid acting. Written by Tracy Letts (who also co-stars as Amy Adams’ on-screen psychoanalyst) from the AJ Finn novel, the film tries to instil a sense of creeping dread that naturally bubbles up when you have a mentally tortured woman living alone with her cat and a whole pile of pills to swallow. The fact that The Woman in The Window borrows liberally from Hitchcock’s classic Rear Window, with Amy Adams assuming the Jimmy Stewart role, as Anna, is eminent from the get-go, and although the conceit of a broken leg preventing our lead character from leaving the house is absent, the onset of agoraphobia, a notable and legitimate fear for many, many people, is one that brings with it a white-knuckle realism and inbuilt sense of urgency. Anna isn’t trapped by a physical infirmity, but a mental one, and they are far trickier to overcome. 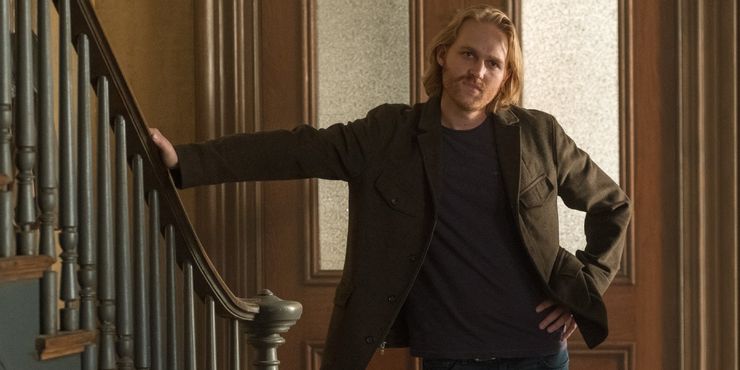 The film also exhibits that overused trope of having everyone in it feel just a little off. The pauses in dialogue, the side-eye glances, the Dutch angles and sudden silences mixed with distant creepy groans, creaks and screams, not to mention the addition of a heckacute cat as an enormous red herring of sorts, everything about the film intended to be boilerplate psyche-thriller exceptional just ends up feeling generic, rote and routine. I picked who the killer was easily enough (just not the why) and spent a lot of time groaning at the film’s use of convenient plot heel-turns – at one point, Anna’s laptop with an enormous clue on the screen just drops off the table and smashes to the point of unusableness, and I physically laughed out loud – while the foreshadowing director Joe Wright uses to pinpoint where the film’s bloody climax might be heading isn’t subtle. Like, at all. And the violence of the film’s climax is terribly handled, brutal for the sake of salacious filmmaking and completely out of tone with the majority of the film’s intended sense of tension. Blood and gore has its place, and about the only place here was in the initial murder sequence; everything else is just there to sell movie tickets.

I heard somewhere that an A-list cast will often elevate even the poorest material; The Woman In The Window has a decent cast it does very little with. Even the normally terrific Gary Oldman, sporting a truly ghastly white hair-dye job, phones in a manic-eyed psycho turn that generates more chuckles than chills. He’s only in a couple of scenes and has no material to work with save growling and spittle-hurling thin plot exposition at Amy Adams’ bewildered shut-in, but this one isn’t one of his best. Falcon & The Winter Soldier co-stars Anthony Mackie and Wyatt Russell appear in the same film but never together on-screen here, with Mackie in the thankless minor role of Anna’s estranged husband and Russell in the form of Anna’s basement dwelling tenant, while Fred Hechinger applies to the Dustin Hoffman school of acting with a sputtering performance as Ethan. Minor roles to Julianne Moore, uncomfortably off-centre as the first Jane Russell, and Jennifer Jason Leigh as the second Jane Russell, as well as Brian Tyree Henry (soon to be seen in Marvel’s Eternals) as the dutiful NY Detective each of these stories have to have, give the film ballast in the supporting roster and enhances that implacable tsunami of dread only getting faster and faster towards the climax. 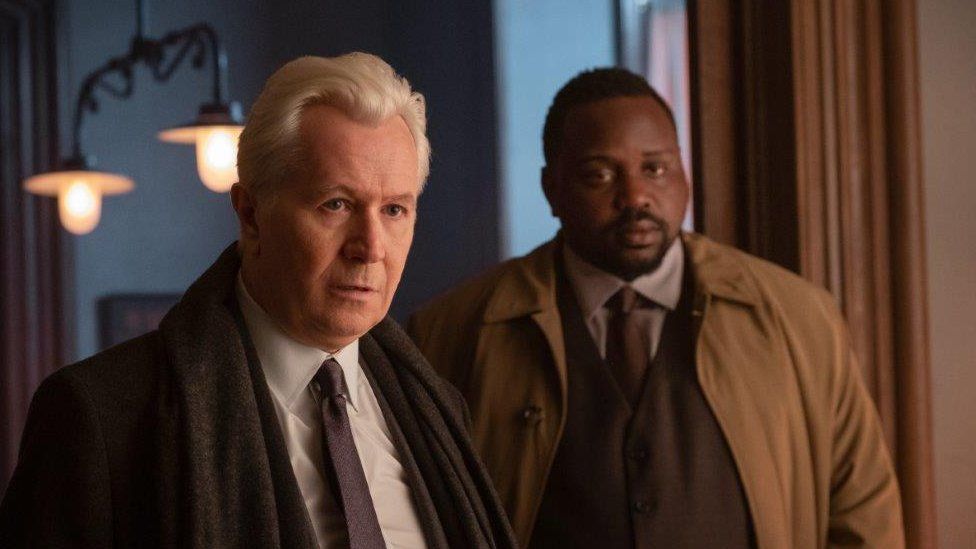 The Woman in The Window is a decidedly middle-of-the-rung mystery thriller. Joe Wright’s direction is competent throughout despite the script choices, and Amy Adams is always watchable despite transitioning from reasonably coherent, yet mentally fragile heroine to a blubbering, wailing, deconstructed puddle is rather speedy, all things considered. The red herrings in the film are enormous, anyone with an ounce of intelligence and history watching crime shows will spot the main villain a mile away (or, just next door as fate would have it!) and the whole things plays like a stage-play brought to life without the complexity to back up the conceit. And exactly why everyone in a New York City street would knowingly, willingly leave their curtains and blinds open for all to see in, I’ll never understand. It’s 2021 and we’ve invented both central heating and air conditioning, so shut a window. I literally groaned the moment Adams’ Anna looked out her window into the neighbours abodes, all creeper like. Honestly, as if. 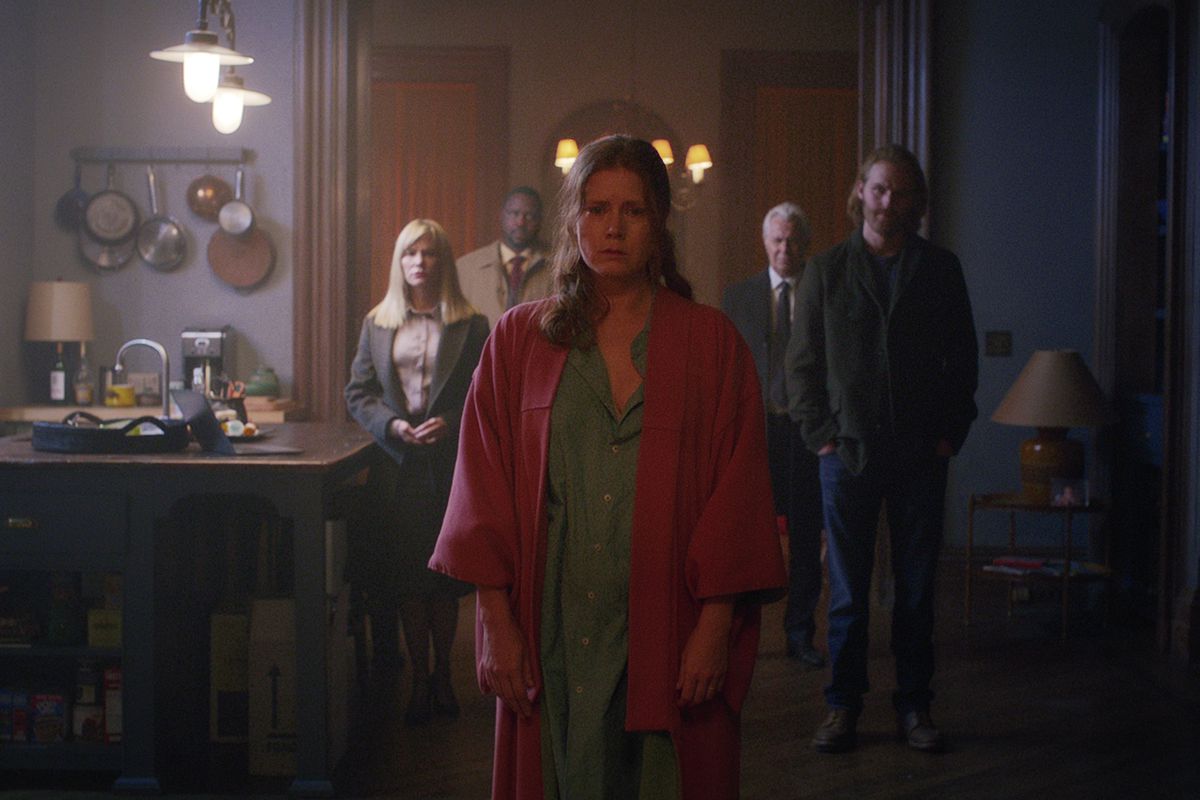 Again, Rear Window’s enormous legacy looms over this movie, with the suffocating fact Wright never had the skill to avoid comparisons in the first place. It’s still a watchable movie, and worth a look for the cheesy, asinine climax beset with ridiculous violence that comes completely out of left-field, but you can’t think The Woman in The Window will be high on the list of Amy Adams’ most influential or memorable efforts. Close the blinds before you watch, though.

2 thoughts on “Movie Review – Woman In The Window, The”