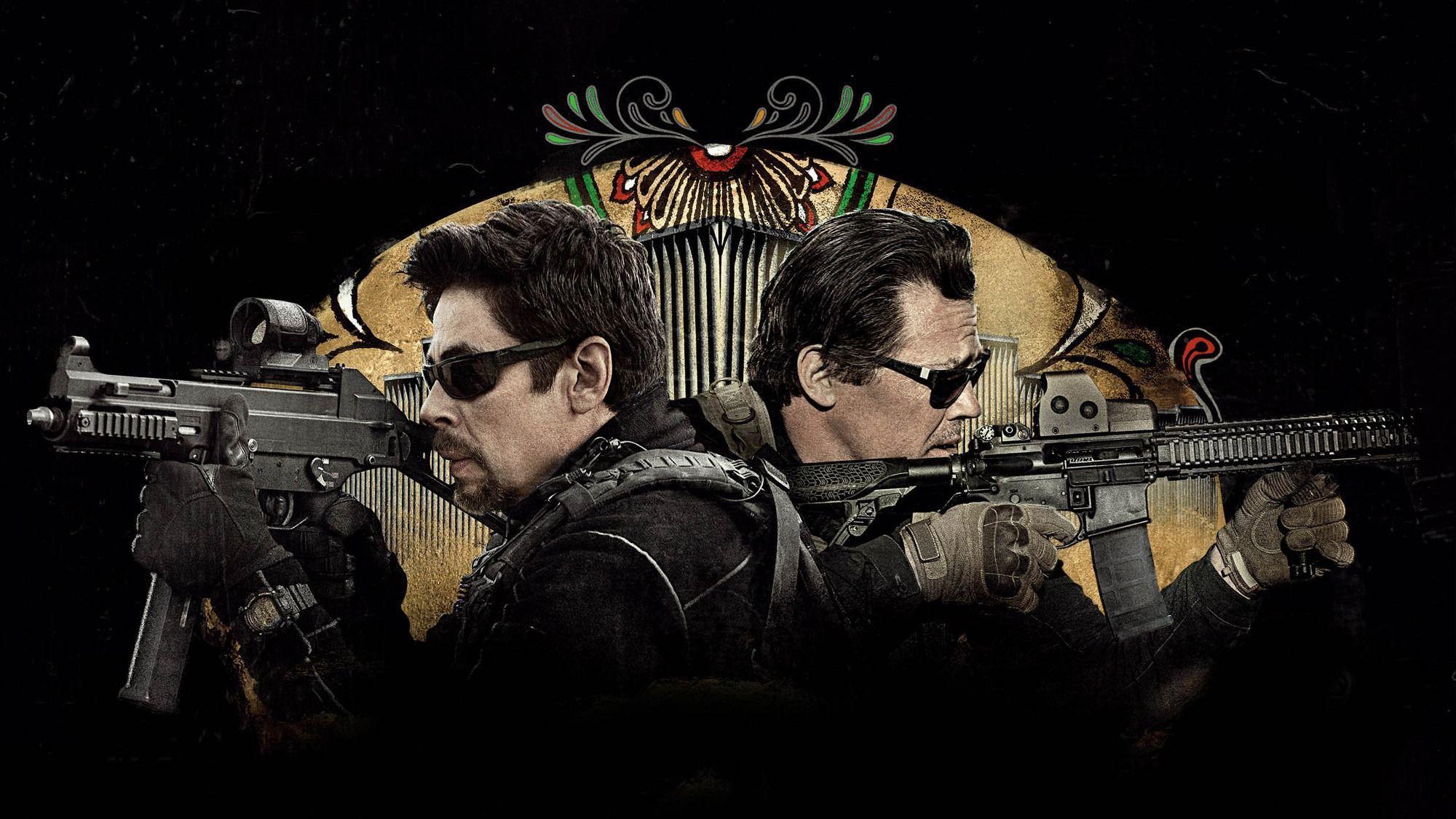 Denis Villenueve’s 2015 crime thriller Sicario tapped into America’s latent xenophobia and fascination with the war on drugs and gave us one of that year’s best films. It cemented Villenueve as a director take note of, propelled an already stellar cast into orbit, and all transpired before the orange shitbucket President decided to build a wall down the Mexico/US border. The sequel, Sicario: Day of The Soldado (soldado being Spanish for “soldier”) sees many of the original cast return – sans Emily Blunt, most noticeably – as well as sprinkle in some franchise newcomers, including Dora & The Lost City Of Gold’s Isabela Moner (now self-styled as Isabela Merced, in honour of her deceased grandmother, in 2019), and Elijah Rodriguez, as a young Mexican gang-banger. It again features a stellar leading turn from Benicio del Toro, as well as able support from a grumbling Josh Brolin and Jeffrey Donovan, while the addition of Matthew Modine and Catherine Keener in minor supporting turns solidifies the film’s overall pedigree. It takes us away from the drug-running somewhat and transitions into another American pastime: hating illegal immigrants, and hating terrorists. 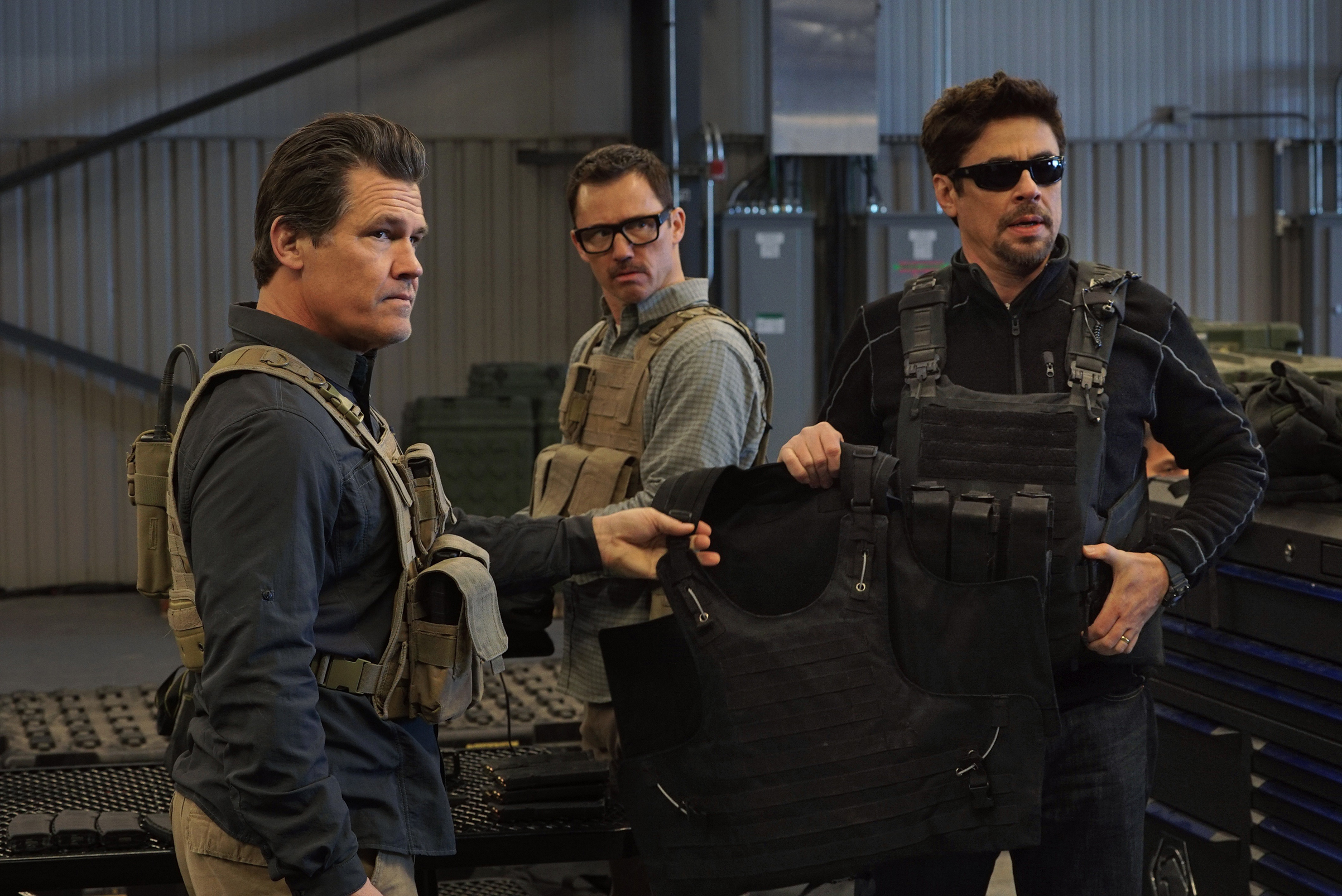 Following the death of innocent civilians following a suicide-bomber terrorist attack in a Kansas City supermarket, the US Secretary of Defence (Matthew Modine – Wrong Turn) tasks CIA officer Matt Graver (Josh Brolin – Oldboy, Deadpool 2) and his team to stir up a war between the Mexican drug cartels, who have begun smuggling people across the border. In order to do so, Graver again recruits operative Alejandro Gillick (del Toro) to assist, in order to stage a kidnapping of the rebellious young daughter of one of the country’s most notorious cartel kingpins. Isabel Reyes (Isabela Moner – Transformers: The Last Knight) is consequently hunted by varying parties interested in seeking her freedom for their own nefarious means. Meanwhile, young border-dweller Miguel (Elijah Rodriguez) falls in with the cartel’s border-runners and lives a life on the edge smuggling people out of Mexico, until he is confronted with the deadly reality of his career path upon meeting Gillick one fateful evening. 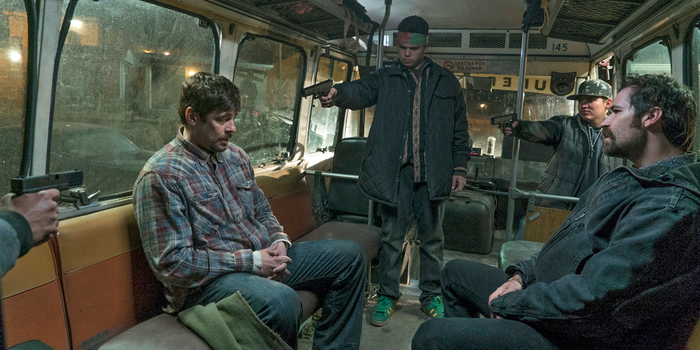 It should be noted that Day of The Soldado isn’t a particularly pleasant film. It’s a desolately unpleasant story utilising uncompromisingly dispiriting characters fighting a bitter war between cultural lines and often sacrificing emotional depth for simplistic, possibly racist depictions of cross-border relations. This blood-soaked sequel is penned by original screenwriter Taylor Sheridan (Hell or High Water, Those Who Wish Me Dead) and it augments the writer-director’s established gritty aesthetic of realistic characters placed into incredibly horrifying situations and altogether orgiastic violence, although lacking a distinguishing central character the audience can empathise with forces the film to some squalid, despair-ridden dark places the viewer won’t soon forget. Shifting the focus to the Brolin/del Toro duo requires us to somehow empathise with them, although watching del Toro’s character butcher some poor far slob in broad daylight early on kinda feels too overblown to resolve out suitably by the end. Brolin’s chewy, bristled Matt Graver is as sour and embittered a character as any the actor has played, and while it suits his screen presence and offers the same sense of menace he brought to the screen as Thanos, here he comes across as borderline psychotic and/or sadistic without redemption.

The film’s plot is driven primarily by the two younger leads, Moner and Rodriguez. As the scabrous Isabel Reyes, Moner gets to showcase her range from petulant, antagonistic teen to PTSD-afflicted violence survivor and she does a solid job making her initially odious character manifest as the heartbeat of the movie. Rodriguez, as the off-the-straight-and-narrow Miguel, a wannabe gangster drawn into a life so opportunistic and malevolent, is equally excellent in his role too, offering a fraught portrayal of a kid born into the lure of high risk, high reward. Matthew Modine plays it straight as the US SecDef, James Riley, a backsliding noncommitter as snakelike and yellowbellied as they come, whilst Catherine Keener looks to have simply sleepwalked onto set for a few brief minutes in what amounts to a forgettable role in an otherwise commendable movie. Catching Jeffrey Donovan as Graver’s right-hand-man again is always a delight and he acquits himself wonderfully. 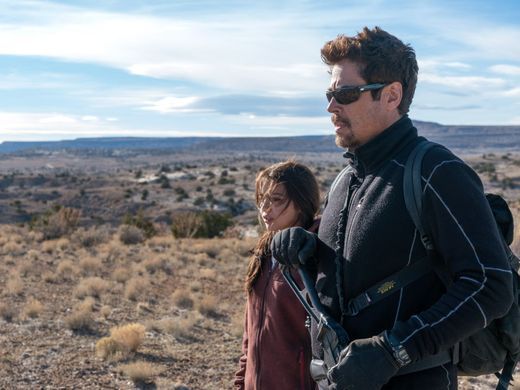 Italian-born director Stefano Sollima (Without Remorse) apes Villeneuve’s direction from the original film and smothers it with what feels like greasy, inexplicably dank cinematography, punctuated by spurts of blood and viscera (a sequence late in the film in which a primary character is shot in the head drew gasps from both me and my wife) and copious stylised violence. The opening terrorist attack on an everyday supermarket store is brutal and played for shock and awe, setting in motion the determination and “we’ll hunt them to the ends of the earth” patriotism that’s led America into more than one stupid war during my lifetime. There’s plenty of nice killshots and butchery here, displayed with the immediacy-driven perfunctory visual style a lot of modern Hollywood action films tend to lean into, and although one suspects the intent is to make us feel horrified at what both Mexico and the US do in similar circumstances, given the wreckage left behind by the orange baboon small-P president all you feel is despair and sadness (or, more likely, numbness) that humanity has become so immune to such evil. To his credit, Sollima delivers a competent and engaging action film, delivering tension and intrigue that resonates with less circumspect viewers who want a specific type of story. His action scenes are exciting without resorting to a jumble of quick-edits, he tackles the less conspicuous emotional beats with frugal and restrained inhibition in keeping with the previous story, although were it not for the Sicario title it could quite literally have been a stand-alone film in its own right.

Sicario: Day of The Soldado is a quick-tempered action thriller that will frustrate some and infuriate many; it wears its xenophobia on its sleeve and perhaps this is the intent, to provoke a reaction from those who see it as an American Superiority Complex theme with popcorn characters and pornographic violence. It’s hardly subtle, will offend and bewilder a few, and offers a mixed bag when it comes to whatever point Sheridan was trying to make – if it was making any point at all. In the end I appreciated the extension of the Sicario mythos and world-building, and the film’s open-ended sequel bait will be resolved sooner rather than later I hope. Watching del Toro act the hell out of what is a pretty limited character arc here is astonishing, even if he’s surrounded by a valiant cast given little to do themselves other than look and act tough and hope nobody notices how thinly developed they all are. Solid, provocative fare will satisfy hardcore fans of action but may leave more cerebral critics wanting.