Despite its elegiac tone and downbeat philosophy, Hell or High Water’s modernised Western narrative and colourful, developed characters is an absolute blast to watch. Of course, watching calibre actors like Ben Foster and Jeff Bridges chewing the West Texan accents and driving their beat-up vehicles like run-down cowboys through the dusty hued landscapes was never going to be a chore, and while I’m probably not as au fait with the problems of America’s old west ghosts as I should be, the film’s strong, unbridled direction and incisive performances make this a hell of a great movie.

Toby Howard (Chris Pine) and his ex-con brother Tanner (Foster) are in the middle of a bank-robbery spree, hoping to raise enough cash to pay off the mortgage on their family’s West Texas ranch. They are pursued by dogged Texas Rangers Marcus Hamilton (Jeff Bridges) and Alberto Parker (Gil Birmingham), tracking their movements through the country backwaters until they’re forced into a showdown that will not end well.

They saw the Western is a genre flogged to death by Hollywood; certainly, the idealised version of America’s Old West very rarely dips its head over the countertop these days, with the traditional appeal finding itself lacking with audiences these days. Filmmakers have had to resort to ingenuity to make “modern” Westerns seem palatable – Bone Tomahawk’s horror viscera certainly brought with it acclaim, but you’d hardly go out and suggest it was an out-and-out Western. Television’s Westworld gave the Western a sci-fi edge bringing audiences to it, but again, hardly a straight-up proponent of the genre. Hell Or High Water is easily the best example of a non-Western Western I’ve seen in years – you can almost see the DNA of Sam Peckinpah or Sergio Leone pulsating through the film’s muscular, incredibly taut tension, and Scottish director David Mackenzie acquits himself superbly.

The thing about a great Western (in my opinion) is that silence dominates the film. Silence, and the wide-open spaces of outlaw America. Between bursts of brutal violence, the film spends large amounts of its opening act in near-silence (figuratively speaking), allowing the characters to breathe and develop into rounded, empathetic investments. This isn’t to say the violence depicted is unnecessary – the film’s as realistic as it can be, and bullets actually kill – but the rage within the violence as an underpinning of the narrative is particularly prescient. The dialect of American exceptionalism is never more idealised as it is in the Western genre; law at the end of a gun (or noose), stealing from the rich (banks) to give to the poor or needy, or to correct a perceived injustice, and cowboys riding off into the sunset or perhaps into certain death. Trade out the cars for horses, the semi-automatic weapons for rifles, and the modernised speech patterns for period appropriate vernacular and this could very well be set in Tombstone in the 1800’s. 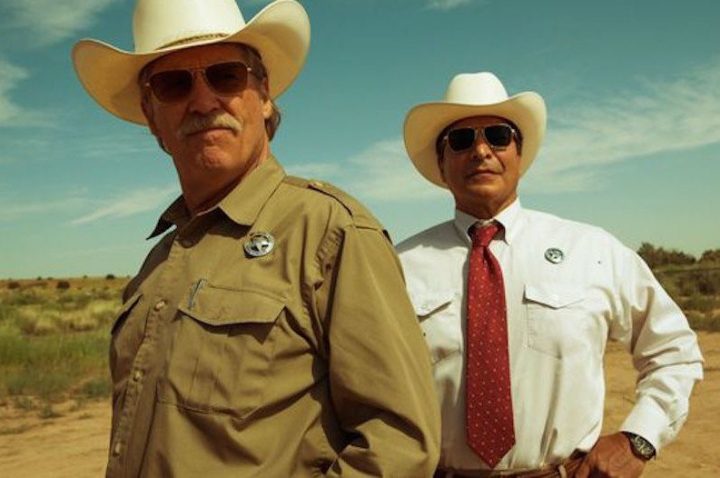 The Howard boys’ plight, trying to save their family farm following the death of their mother, strikes at the heart of middle America (hell, anyone who’s ever struggled against bank foreclosure will feel the melancholy here), and until a point in the film their robberies are largely non-violent. Besides the bond of brotherhood you get the sense that Toby and Tanner have little in common, with the exception of some desire to salvage their family ranch. Resorting to killin’ folks seems a little over-the-top but desperation will do that to people, particularly in gun-totin’ Texas. The blood of the cowboy runs deep within the Howard brother’s story; Bridges’ character runs across some ranchers trying to save their cattle from an oncoming wildfire, the dialogue suggesting that ranchin’ in 2016 is a lost cause of hardship for little reward. There’s a frustration at the heart of the film’s heist-flick aesthetic, a sense of disenfranchisement from the American Dream that wasn’t noted in the constitution, and Mackenzie’s zipline-sharp sense of direction captures that expertly.

Of course, a character-driven piece like this hinges on the performances, and the film is led by a trio of eminently watchable actors. Pine, looking decidedly gruffer and more haggard than he does when commanding the Enterprise, espouses what I imagine a James Dean-ian youthfulness in the film’s stakes, quiet and unassuming yet drawn into his brother’s whirlpool of malcontent and snap-frozen violence. Ben Foster, as Tanner, reminded me of Robert Carlyle’s Begbie in Trainspotting; you never know what he’s going to do. Foster slips into the role with conviction, the wild-eyed mannerisms and cavalier masculinity a far cry from emotionally devastating stuff like The Messenger or Lone Survivor. I’ve said in previous reviews I’m a big fan of Foster’s – can’t quite believe he’s not yet been touched by Oscar glory to this point – and seeing his work here only reaffirms my opinion that he’s one of his generations finest screen chameleons. 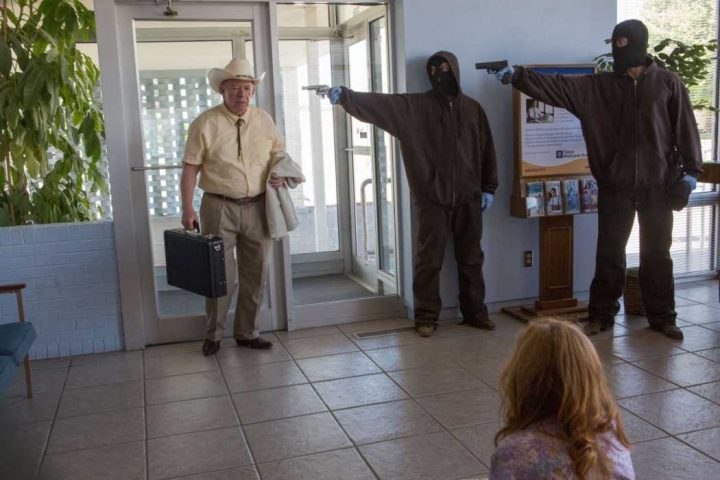 Naturally, the Old Dog of the film is Jeff Bridges, as “I’m too old for this shit” nearly-retired Ranger Marcus Hamilton. Bridges’ increasingly garble-tongued delivery of his dialogue feels like he’s constantly chewing tobacco with each role he plays (at least since it first showed up in RIPD) but the man simply oozes screen chemistry and he’s utterly effortless to watch. While I don’t think this role was a particular stretch for him, in terms of depth or backstory other than what’s depicted here, his repartee with on-screen partner Gil Birmingham is charming, and he’s the kind of actor who makes reading a phone directory interesting. The apex of his character’s arc is summarised not so much in dialogue, but in an emotional release late in the film; here’s a man who’s seen it all, and the build of tension in the film’s climactic sequences arguably allows Bridges his greatest moment on-screen in many years.

Director David Mckenzie is new to me in this film. I’ll be making sure I catch up with some of his previous work, if the quality of Hell Or High Water is indicative of his style. He brings a sense of calm strength to the movie, a surety many will find almost indecipherable beyond the magnetic performances. His staging of the film’s action sequences, primarily shoot-outs, is well handled; he eschews the shaky-cam rubbish so prevalent these days with a hyper-stylised sense of frenetic instability, giving things an alarming zing without robbing the actors of their performance. The film’s quieter moments are perhaps the most graceful of any film I’ve seen in recent times, with stunning cinematography capturing the husky Texan landscape and giving it an orangey-golden hue. Kudos to British cinematographer Giles Nuttgens for lensing this film so brilliantly. Yeah: the film’s directed by a Scott, photographed by a Brit, and scored by Australian music indie-pop cult icons Nick Cave and Warren Ellis (of Nick Cave & The Bad Seeds). Exactly how this film became a definitive American Western seems counter-intuitive.

Hell Or High Water is, if you’ll pardon the gratuitous pun, a high-water mark for the modern American Western. It’s violent, restrained, at times funny but always focused on character rather than ostentation, a strength of the genre dating back to the turn of the 20th Century. While it might lack horses (one does show up in the background of one scene, perhaps apropos of Mackenzie recognising the genre in which he’s working) and equally so lacks a proper Western bar-fight, the film’s depiction of solitude and loneliness against brotherhood and a backdrop of individualistic pursuits is grand without being grandiose, and is as good a straight-up drama film to come out of America in 2016.