Few filmmakers alive today have documented and captured the African-American experience quite like Spike Lee. With his firebrand sense of storytelling and his often controversial poke-the-bear attitude to history, Lee has carved a niche as the preeminent Black representative in vastly overrepresented white Hollywood brigade. When he’s not crafting relatively standard thrillers like Inside Man or bizarre remakes of classic Asian cinema in Oldboy, Lee is best known for his works telling powerful, often historical or historically allegorical works of black-led art – films such as Malcolm X, Chi-raq and Blakkklansmen (the latter of which snagged him an Oscar for Best Adapted Screenplay) – and he brings the full power of his rage and frustration for the Vietnam War, a topic to my knowledge he has never tackled with such full-throated vigour, to bear on Da 5 Bloods. Led by a dominating and career-defining performance from Delroy Lindo, abetted by solid turns from Clarke Peters, Isiah Whitlock Jr and Norm Lewis, and a startlingly great portrayal by Jonathan Majors, Da 5 Bloods is heady, violent stuff that masterfully captures the effects of war on people, as if we needed yet another reminder. 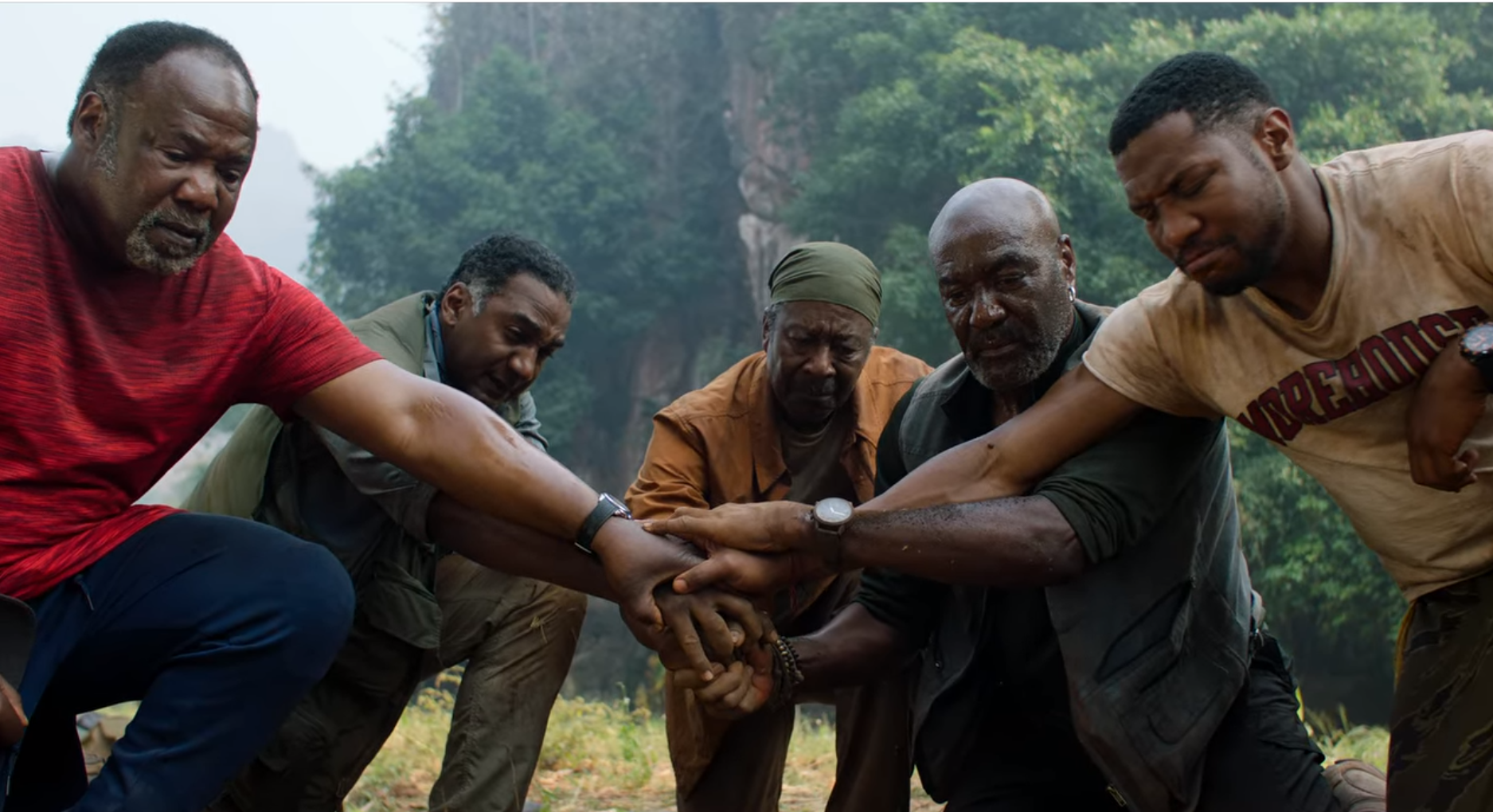 Four former US Servicemen, Paul (Delroy Lindo), Otis (Clarke Peters), Eddie (Norm Lewis) and Melvin (Isiah Whitlock Jr) have returned to Vietnam decades after the war there ended. Their mission is to locate the body of their former squad commander, “Stormin'” Norman Hollaway (Chadwick Boseman), who was killed and whose body they wish to have returned to the United States. They hire a guide, Vinh (Johnny Tri Nguyen), who offers to show them to the area of the jungle in which Norman’s body lies, the crashed plane he perished in having recently been uncovered by a mudslide. The quartet are joined by Paul’s son David (Jonathan Majors), and it is then that we learn the men are also in search of a long-hidden container of gold bullion, at one point sent to Vietnam by the US Government to pay for the services of a local tribe. They hope to fence the value of the gold back through to America via the services of a local black marketeer, Frenchman Desroche (Jean Reno). But as the men descend further into the jungle and old memories begin to resurface, David slowly comes to realise that for all of them, the war is not entirely over. 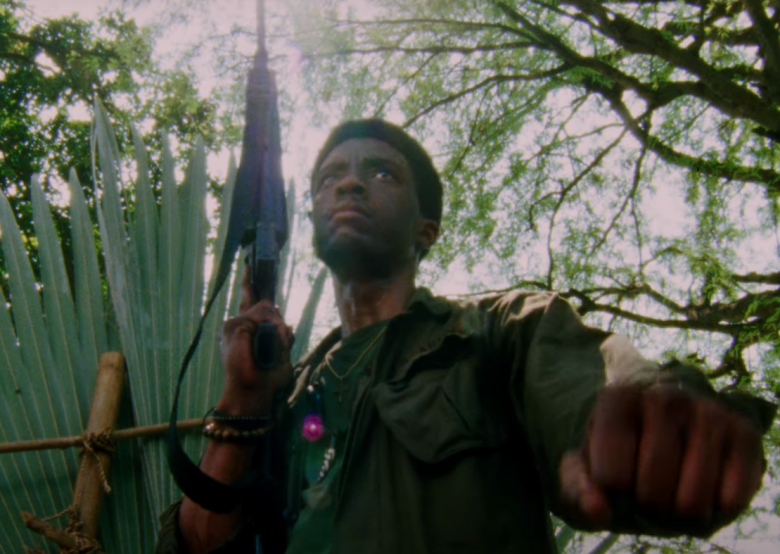 From its confronting opening salvo of historical artefacts from the Vietnam War (including the famous footage of a young girl scorched by napalm running screaming down a road, and the execution of a Viet Cong suspect in the streets of Saigon, the photo of which saw Eddie Adams win a Pulitzer Prize) to desperate men hoping to reclaim some of their humanity after losing it in the jungles of that country fighting “a white man’s war”, Da 5 Bloods is a devastating evisceration of not just war itself but the toll it takes on those who participate. The four men of the original Bloods, the squad who entered Vietnam early on and who bore the brunt of the horrors inflicted upon American soldiers, return initially excited to be there again, perhaps to relive past glory and put to rest old ghosts. But things take a turn, with greed and anger burning up Delroy Lindo’s Paul, a man who suffers PTSD but refuses to seek help for it, wallowing in the memory of the loss of Boseman’s in-flashback Norman. Paul’s anger is representative of the Black Experience in ‘Nam, where African-Americans were considerably over-ratioed against white soldiers in a war for… well, what, exactly? To this day, the fog of war refuses to lift on the motivations for the Vietnam War, a conflict which lasted some twenty years between 1955 and its conclusion in 1975 and by all accounts for many continues to this day, at least in effect. 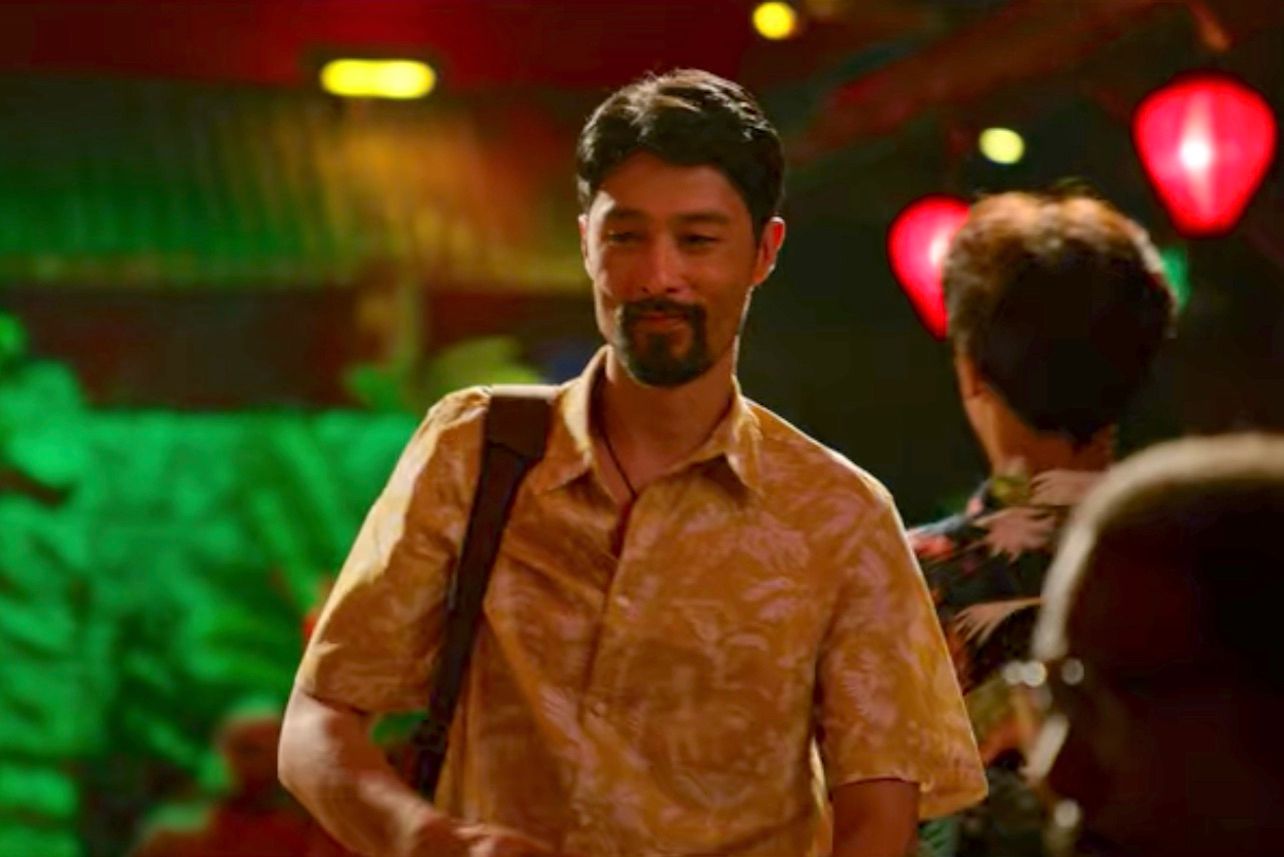 All four of the returning men are broken, some moreso than others. Lindo’s Paul is a powderkeg of rage and isolationism, resentful not just of losing Norman but also of his son, David, and it’s their relationship that is the cornerstone of the film’s emotional throughline. Otis, Eddie and Melvin are also affected by their experiences both then and returning to Vietnam now, but they have the capacity to handle the issues it raises for themselves. Otis, played by a terrific Clarke Peters, discovers he has an adult daughter living in the city following a reunion with a former girlfriend from his time in service there. It’s the little moments of introspection and growth that service Da 5 Bloods’ weighty dramatic momentum, a momentum that takes us on a dark and bloody path before all is said and done. 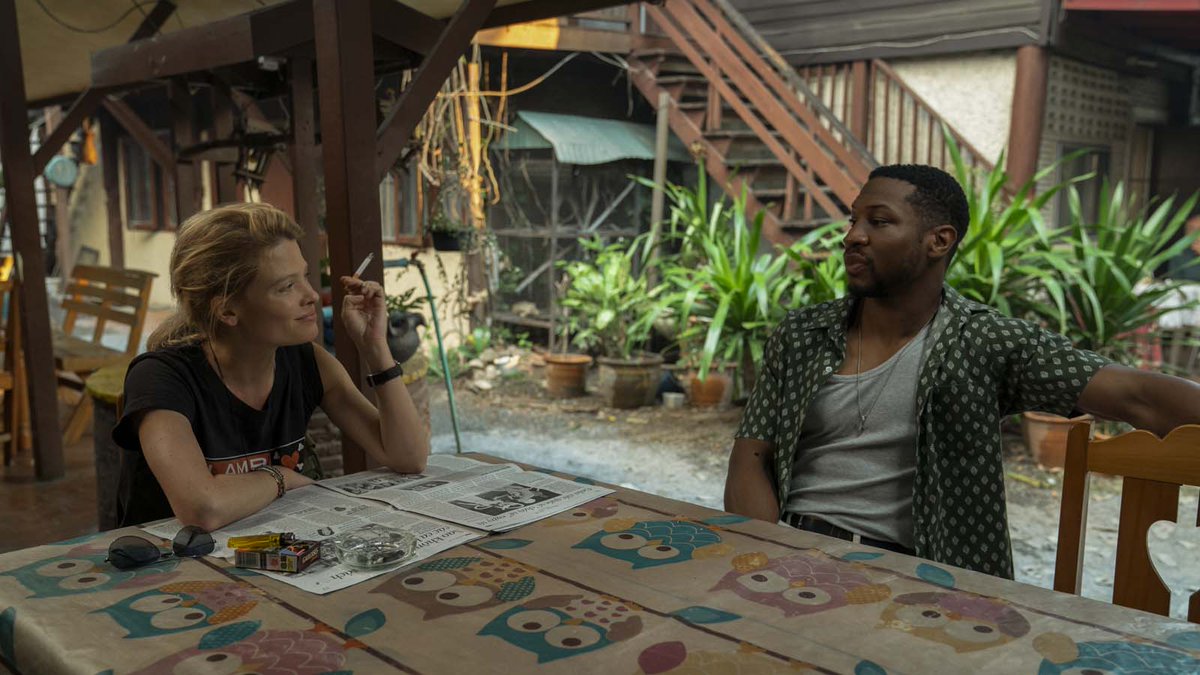 Arguably the film is raised by the performances less so than the screenplay, which is credited to Lee, Danny Bilson and Paul De Meo (both of whom wrote The Rocketeer), along with Kevin Willmott (Lee’s co-writer on Blakkklansman), and to be honest I found the script probably the weakest element of the movie. It’s a script trying too hard to make its point, coming off a touch heavy-handed before devolving into a fairly generic shooter-style Rambo movie – the film pokes fun at those awful Rambo sequels before essentially becoming a mini-Rambo movie by the end anyway, which is either a terribly derivative gag from Spike or a poorly manufactured wink to the audience that it was an intentional choice. Indeed, the second half of the film is peppered with violence, from exploding landmines to a couple of gunfights and even grenades, Da 5 Bloods evokes its wartime aesthetic in the most gruesome and ghastly of ways. Is it effective? Sure, but I kinda felt that where the film’s story began and where things ended up came from two totally different perspectives. Lee understands that for many, Nam holds quite specific memories, particularly the film crowd the movie will appeal to. There are one or two nods to Apocalypse Now – including a complete rip-off of the Ride Of The Valkyrie sequence from Coppoloa’s film – and the director runs close to turning what is quite a serious movie of redemption and reconciliation into a bastardised parody of the whole Vietnam subgenre, but he skirts overkill with just enough melancholy and serious punches to the gut that Da 5 Bloods maintains an even enough keel to work. Juxtaposing the violence of the war as told through newsreel and archival footage with a sense of easy-going camaraderie is a nice idea, although I don’t think Lee gets the mix quite right. At times you think Da 5 Bloods is a jet-black comedy of sorts, before it reminds you that it isn’t. 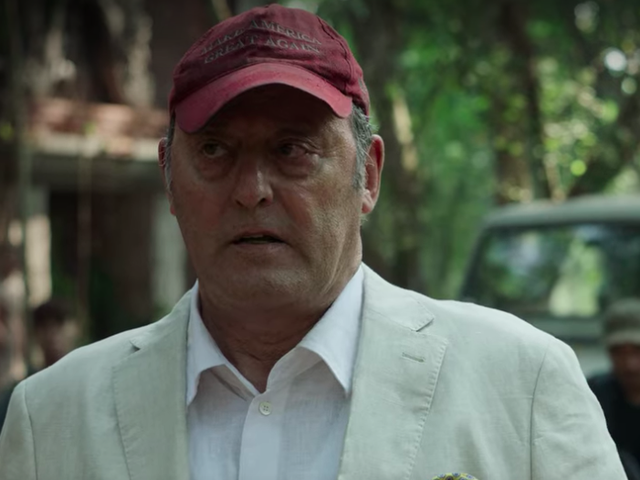 As I mentioned, the film is held aloft by serval crucially brilliant performances. Delroy Lindo commands the screen as Paul, the fractured, angry, despair-riven soldier harbouring so much resentment to their years in the jungle it’s obvious he’s never left there. Lindo is an actor I’ve never truly seen stripped bare on screen, until now; he is heart-breaking in his loss of reason, his absence of forgiveness, and his refusal to acknowledge his own son’s life is important to him. Quite truly, Da 5 Bloods is Lindo’s film, and he owns every second he’s on the screen. Comparatively, Jonathan Majors as David, Paul’s son, is equally brilliant, in quite the opposite way. David only wants his father to love him, and has spent a lifetime being spurned, and as the film progresses we see their bond grow, dissipate, and eventually crack beyond salvation, one of the truly sad side-effects war has on families and friendships. Majors has a more subdued character to play against Lindo’s excoriating work, but he acquits himself admirably. 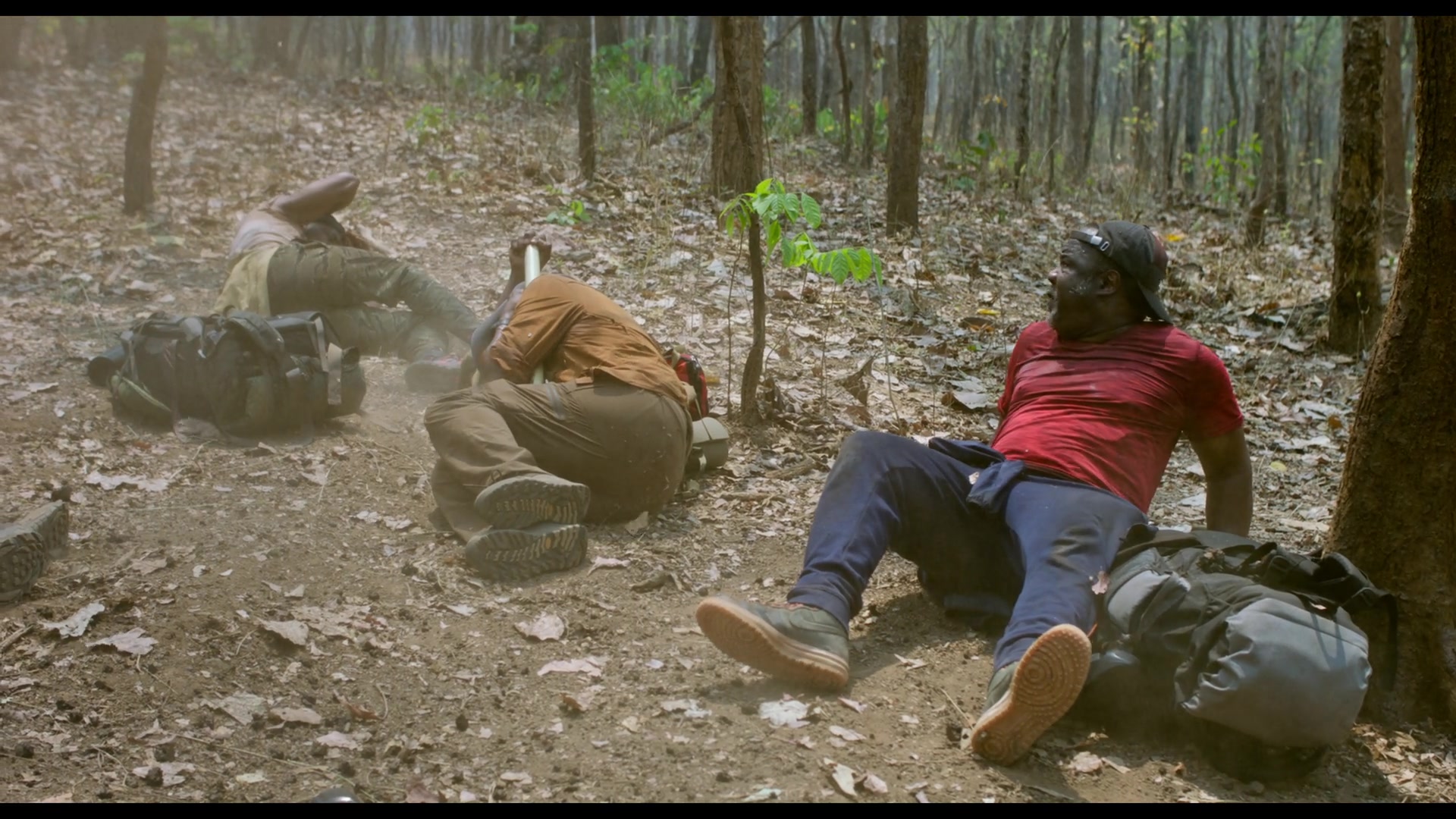 The rest of the cast are also solid where required. Norm Lewis has the least interesting arc as Eddie, while Isiah Whitlock, as the gold-finding Melvin, makes for amusing viewing. Chadwick Boseman, in one of his final film performances prior to his untimely passing in 2020, is caught in flashback mode as the young Norman Holloway, commander of the Bloods and father figure to the others. It’s a tricky visual motif for Lee not to cast younger actors to play the characters in their earlier days, leaving it up to the old stagers to perform in both time periods, but it gravitates to a sense that the men have never left the war they fought in, caught forever like flies in amber in brutal conflict. Melanie Thierry, Paul Walter Hauser and Jasper Paakkonen pop up as landmine removal advocates who are caught up in the group’s scheme through sheer bad luck, whilst Jean Reno seems to be slumming it as a white-suited Bad Guy in the sweaty Vietnamese jungle. 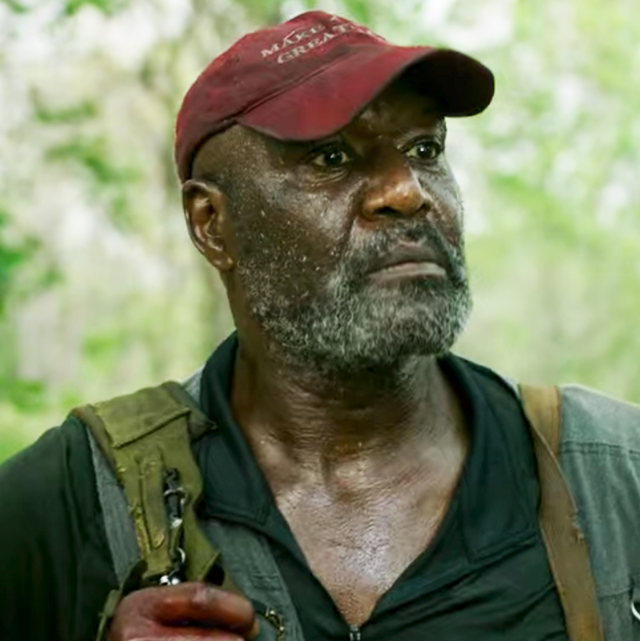 The film also has quite a specific visual style to it as well. Given it debuted on Netflix, Lee decided to make use of a variety of film stocks and aspect ratios to deliver his story to the screen. Early Vietnam-era footage was shot in 16mm film format in a square 1.33:1 ratio, prevalent back in the 60’s and perhaps the way most of us witnessed this conflict on television. Lee shot a lot of his “present day” Saigon footage using a widescreen 2.39 ratio, whilst the majority of the jungle footage was shot using a 16:9 ratio common on flatscreen televisions, in order to envelope the characters inside the jungle. From what I can tell Lee often used a slight fisheye lens effect to capture the sweaty confusion of these older men returning to the jungle, not entirely a bad creative choice as it brought with it a sense of constriction, suffocation, by the constant trees and heat. The photography by DP Thomas Newton Sigel is fantastic, lush and rich and textured, and the use of the film’s frame – regardless of aspect ratio – is roundly excellent. 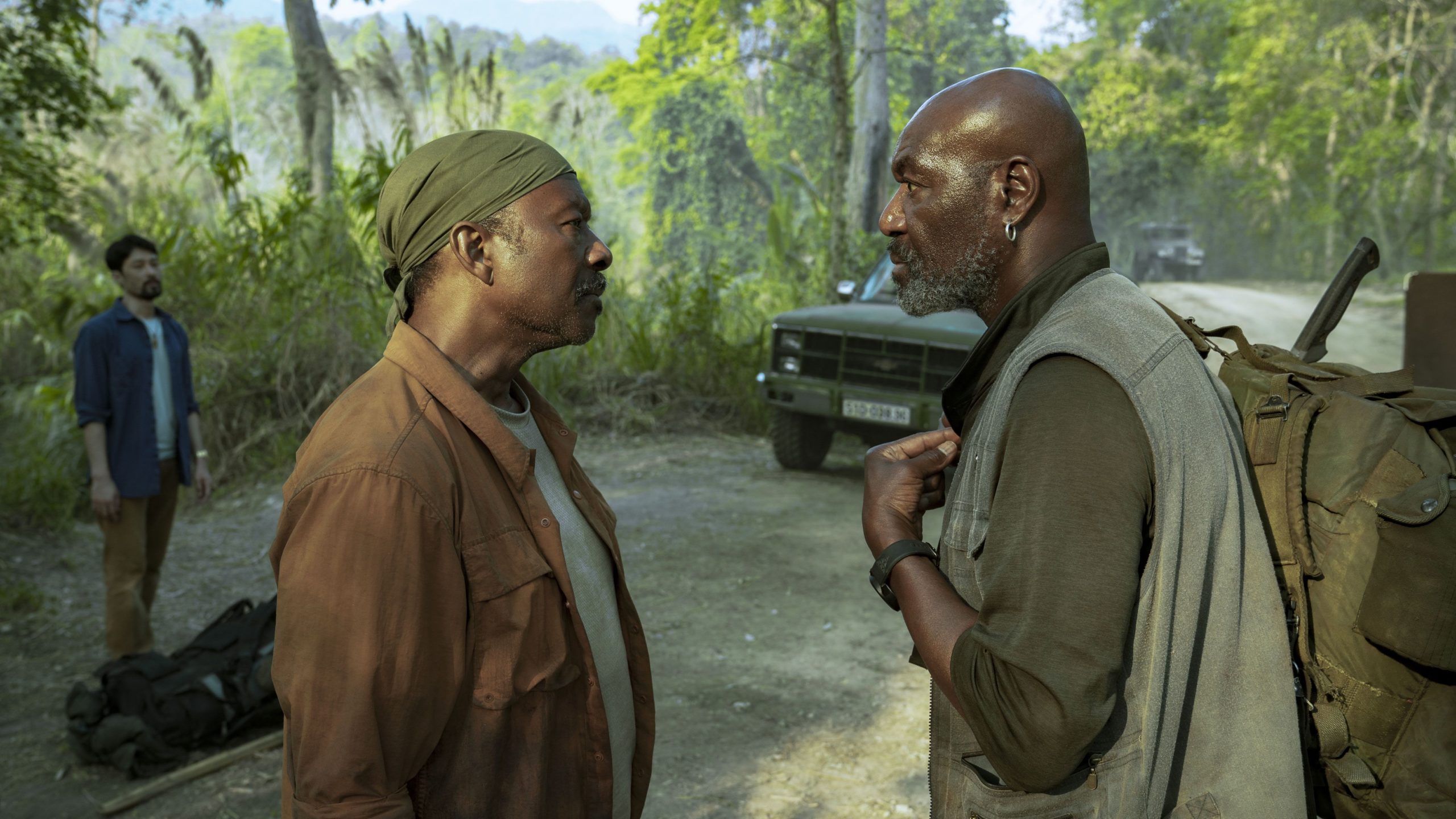 Da 5 Bloods satisfies on most levels, but I couldn’t shake the feeling the film started out trying to be something the ending couldn’t achieve. At one turn, a compelling exploration of the human scope and toll of war, and at another a fairly profane heist thriller set in the deepest jungles of Asia. It’s a crazy mix that almost works, held together by Lindo, Majors and the supporting cast who all go above and beyond here. The violence is sudden and wrenching, the body count higher than I expected, and the dramatic urgency dissipates by the time Reno’s villain character returns late in the piece for a standard modern shootout, but I am loathe to dismiss the film for its weaknesses purely because its strengths are really, really strong. Da 5 Bloods is quite excellent work from Spike Lee, and will undoubtedly serve as a platform for Delroy Lindo to gather all the awards before him. As it should.