To borrow a phrase popularised Natalie Imbruglia, I’m torn. The latter stages of this decade have become an all-consuming tsunami of pop-culture defining cinema that, for many reasons, I’m struggling to appreciate the further the wave crests. Hollywood studio Disney, for so long the paragon of family entertainment and now one of the world’s leading corporate behemoths, is responsible for my despair; not for its size or omnipresent presence within our society, but for what appears to be a streak of capitalist cannibalism overtaking it. And to again borrow from “Torn”, a key phrase keeps repeating itself to me the further Disney’s entertainment juggernaut continues to swell:

“Illusion never changed, into something real”

The last decade has seen a disturbing trend in Disney’s overall scheme to control the world. I speak of the studio’s persistent desire to take their classic animated catalogue – from Cinderella to Beauty & The Beast, et al – and turn them into live-action versions, typically with enormous budgets and top-tier casting, to capitalise on the world’s current fascination with nostalgia culture. The relatively fast reprise of the 80’s over the last few years has transformed the entertainment landscape, what with Stranger Things, IT, and even the recent Gen1 reboot of Transformers in Bumblebee, all showcasing how large a demographic is available to studios willing to invest in this kind of subgenre. Disney aren’t alone in trying to hit the nostalgia button, but I think they’re generally doing it more, and better, than anyone else. 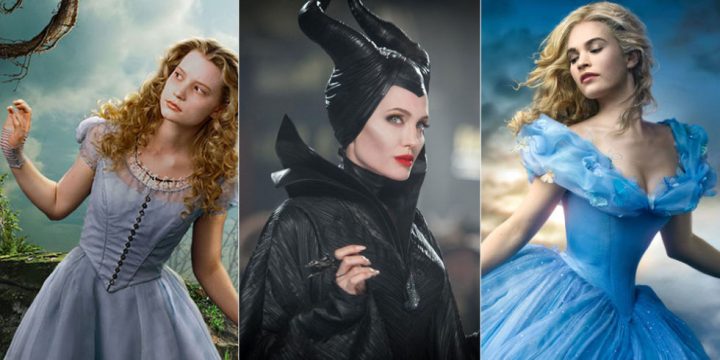 Take, for example, this week’s release of the first trailer for the studio’s “live-action” version of The Lion King. Anyone over the age of 28 will remember the original animated film’s popularity and groundswell of box-office success, and its immersion in popular culture thanks to dynamic characters, wonderful songs, and Disney’s perspicuous marketing capitalisation. Several sequels and a long-running stage musical later, we now have Jon Favreau’s entirely computer-graphic “live” version to salivate over next year, and many fans cannot wait. The trailer was intended to hit you directly in the part of your brain that makes you wistful for a more innocent time: everyone knows the opening sequence from The Lion King regardless of age, background, race or creed. It’s a classic film for a reason, and Favreau’s film looks to capitalise on that significantly, at least if the first teaser is anything to go by. Arguments as to whether the film will be a literal shot-for-shot remake of the animated version are warranted, and I admit I am worried Disney have gone down that dangerous path, but regardless of this there’s something more ominous at play here I have even greater concerns about. 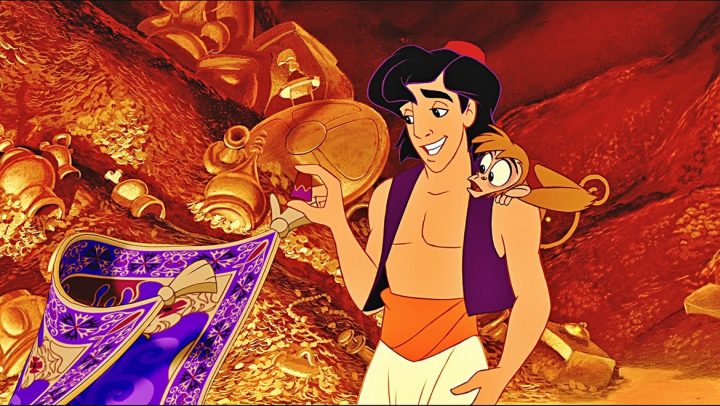 The problem I have with Disney’s spate of live-action remakes of classic animated films isn’t so much that it “updates them for a new generation” or “gives the classic story a new lease of life” or any other marketspeak, it’s that they trade off the nostalgia for those animated films at the expense of their own uniqueness. The Cinderella remake had a number of callbacks to the animated film, so many I wondered if the original animators might have a claim for compensation. So too Beauty & The Beast, which traded off the popular songs of the animated version and retreaded them via the wonderful Emma Watson’s sympathetic waifish tones. Both the upcoming Dumbo and Aladdin – you can watch the first trailer for Aladdin here – seems intent on doing exactly the same thing, taking the original film and basically carbon-copying them with people rather than drawings, yet without bringing anything new to the table. And now The Lion King, complete with a returning Hans Zimmer to score, looks to offer an admittedly beautifully rendered CG landscape of animals (I’ve yet to see them anthropomorphised, but you can bet we will in due course) in the exact same style, tone and shot selection of the animated movie. Let’s not forget, however, that Favreau comes to The Lion King off the back of his solid work on The Jungle Book, which was less a direct remake of the classic 60’s animated film and more a loving homage/Elseworlds take with modern visual effects. So validation of my fears must wait. 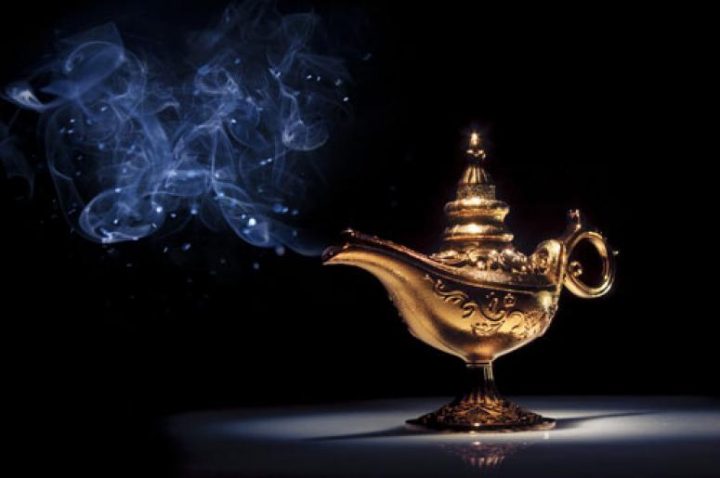 Getting back to Imbruglia for a moment, Disney’s predisposition to change their illustrated films into something real is corporately responsible. After all, the studio has a mandate to make money for their shareholders, and the Nostalgia Trade is currently at its zenith amongst cash-rich millennial looking to remember their carefree youths. They struck paydirt with the successful Alice In Wonderland and The Sorcerer’s Apprentice earlier this decade, and have since traded-in creative freshness for a glitzy, glamorous but defiantly empty wax-n-wash of their popular animated brands. I’m torn between wanting to retain the brilliance of the original animated films they curated to remain unique, and wanting to see just how modern effects might pull off a dancing bear, talking grandfather clock or gigantic lion-headed sand monster. Heck, watching the new Lion King’s updated canyon stampede in Dolby Atmos is something I’d wager will be a future iconic moment in modern cinema – if it hadn’t already been done before. 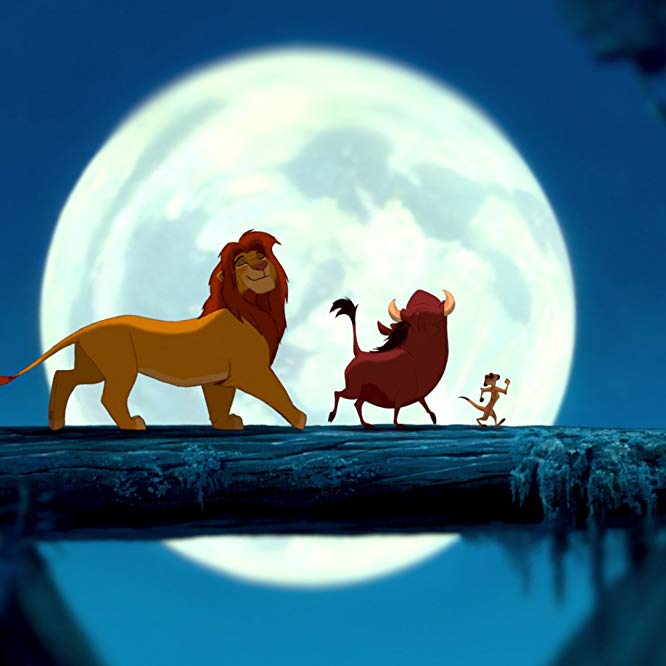 Just to clarify: I’m not against Hollywood remakes overall. Some have been excellent, while more than a few have been trash. And they’ve been done since Hollywood was in its infancy. Taking a story or IP and reconfiguring it with new actors or plots or settings (how many versions of freakin’ Robin Hood must we endure before they call time on the idea?) isn’t something developed in the last twenty years, it’s an idea that’s been around since cinema was birthed. The difference between normal remakes and the moneymaking machine Disney have turned into is that at least most other remakes of popular films attempt to do something unique or new within the established framework. Disney’s core idea is to stripmine the basic stuff everyone loved in their original movies and shoehorn them into the remakes, without adding something fresh or new to it. Trading off nostalgia only works in the sense that you can’t… er, put the genie back in the bottle (despite Aladdin’s refusal to use that joke at any point, I hope they work it into the remake somewhere) with regard to recreating classic cinematic moments that work in and of themselves. An example: the collapsing Cave of Wonders sequence in Aladdin, one of my favourite Disney moments ever and one of those early CG-blended-with-traditional-animation sequences that still holds up, will no doubt be spectacularly rendered in Guy Ritchie’s reworking of the story, but would it work as well if we didn’t, you know, already have that sequence on film anyway? 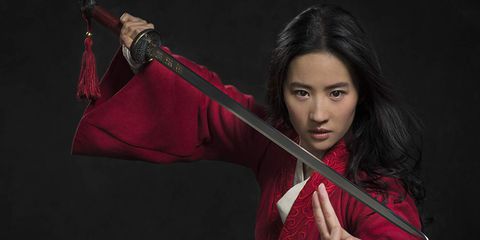 And yet, the Disney live-action variations on a theme have, by and large, been considerably well received and are, in most cases, critically respectable. Myself, I’ve enjoyed almost all of them to a point, despite a growing sense that trading off established Disney brand-iconography rather than bringing something unique or new to the projects (The Jungle Book is the first of these films I can recall to balance the old-and-new perfectly), and although I hold out hope both Aladdin and The Lion King will deliver crowd-pleasing entertainment that goes somewhere different to the animated films, knowing how Disney work with regards to playing it safe I’m doubtful that will eventuate. Disney’s corporate identity is to keep pleasing families and so long as kids can go along and see their favourite animated films reworked by today’s most popular actors and filmmakers, and keep filling Disney’s Scrooge McDuck-like vaults of money, the studio will continue to tread that pathway. 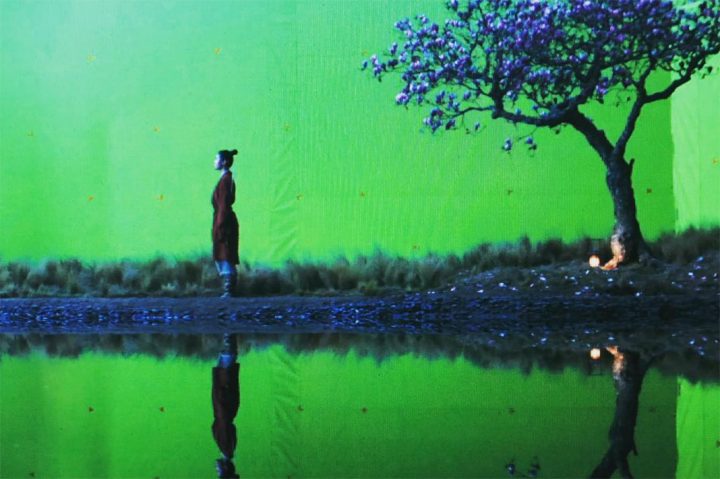 Make no mistake, I’m going to go see the new Lion King when it arrives in 2019. I’ll probably have a blast with it. I’ll probably give it like an A or A+ review score for the effects alone, let alone the voice talent and music. Yet, much like “Torn” says, I’m all out of faith in Disney’s ability to do something new. I want new IP’s, not overmarketed retreads of the old hits. There’s a difference between somebody doing a cover of a classic Beatles track and the Beatles going back into the studio and re-recording that track with new instrumentation or vocals. The song might be the same, but knowing the original was just that – original – and captured a piece of my heart at the time, makes it that much more special. Which is why, as Nat sings, I’m torn.

2 thoughts on “The Genie Is Out: The Alternative Disney Renaissance”