The seminal Stephen King novel finds fresh identity with this polished, effective modern update. King’s IT was one of the first of his novels I ever read, at a relatively young age, and this experience was (to use the cliche) suitably transformative. It kick-started my love of reading and fiction, and naturally I devoured everything else King had written up to that point. IT was also a book I believed deeply spoke to me, largely through my own childhood’s sense of belonging to a group of “outsiders”, and I felt a sense of kinship with the young kids of Derry, Main, despite never having set foot in the United States. IT’s opening sequence, where poor George Denborough is dragged into the drain after chasing his paper boat down the gutter, remains among horror’s most memorable introductions to a premise – maybe ever – and while it was accomplished well enough in the 90’s mini-series version, Mama director Andy Muschietti’s amped-up thrill-ride delivers this iconic moment with the panache of an accomplished maestro. This sequence sets the perfect tone of innocence ripped asunder as IT’s nightmarish supernatural horror takes hold. 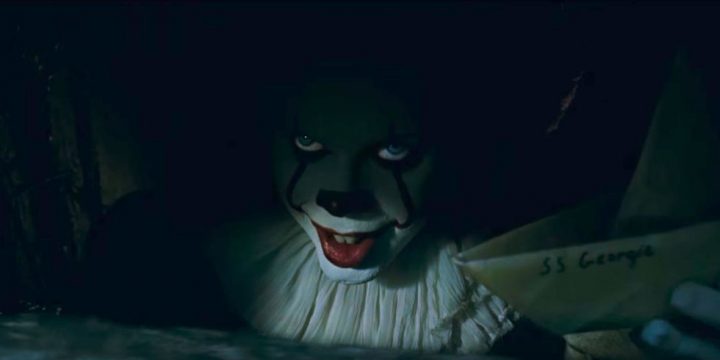 King’s novel was a ripe, occasionally rancid depiction of small-town life that felt like a picked scab underscored with pus. The Losers, collectively, all had issues stemming from a variety of parental neglect, in once case parental abuse of a heinous kind, and through their sense of loneliness and mature abandonment Bill, Eddie and the others all support each other through their lives, offering support where possible and familial insult where practical. The town of Derry has (according to the film) a long history of missing people – well higher than the national average – and through Pennywise’s attempts to snatch them all too, they come to realise they must work together to defeat him. A lot of King’s visceral narrative is captured by Maschietti’s crisp camerawork and focus on lost innocence, encapsulating the intangible nature of pre-pubescent terror – of school bullies (represented by the town’s resident psychopath Henry Bowers, played by a terrific Nicholas Hamilton), of abusive or neglectful parents, or a general sense of helplessness – and IT’s primal aesthetic plays into this superbly.

Naturally, IT must also follow the core mandate of a horror film: to terrify. Muschietti’s use of Derry’s pastoral surroundings and the film’s terrific period production design contrasts against the pure horror of Pennywise’s hideous visage. Although he’s barely in the film until it’s darkened third act, Bill Skarsgard’s work as Pennywise is immediately iconic: suitably frightening, creepy and insidious all in one masterful costume and makeup design, and he makes a compelling monster against our youthful heroes have virtually no hope. Pennywise’s supernatural origins aren’t elaborated on beyond what Taylor’s Ben Hanscome exposits, but his appearance in the film’s series of skin-prickling scares and moments of abject horror (poor George’s arm is torn off in the opening scene, and it’s brutal beyond belief, for a small kid) elicit the requisite jabs of fear required for a film such as this.

As the film ascends to its shattering climax, the atmospheric horror builds and builds, amplified by Benjamin Wallfisch’s bombastic and often overbearing score (perhaps the most disappointing aspect of an otherwise hugely enjoyable film); wisely, IT expels the duel narrative of King’s novel in which the actions of the kids is mirrored by their “present day” adult counterparts, focusing solely on the adolescent actors. In this way, their fate isn’t established beyond the immediate story – fans of the book will know who lives and dies in IT, but newcomers to the story will be unaware that an entirely alternate plotline exists within King’s carefully nuanced creation. IT’s screenplay, which went through multiple iterations including one from True Detective helmer Cary Fukunaga, works through the various set-pieces of the book by drawing us into the Losers’ respective fates, and while there’s a piecemeal approach to the rurality of Derry’s horrifying nightmare, as IT progresses the links forge, the jigsaw fits, and Muschietti’s strength as a visual stylist comes to the fore. 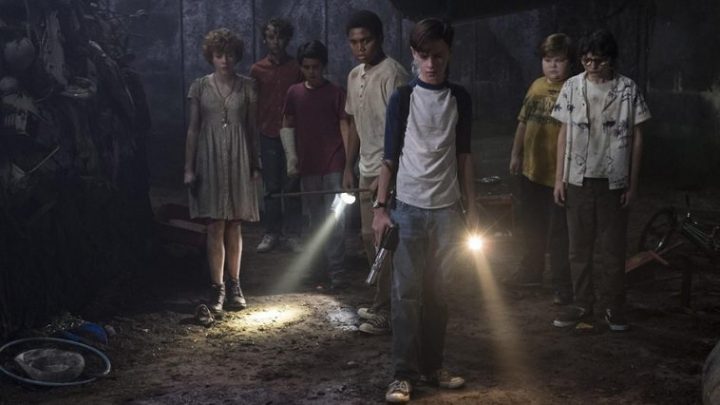 Central to the film’s vision of terror is an old abandoned house that looks almost exactly like the one in Gil Kennan’s Monster House. IT’s home base, as it were, is the stuff of nightmares, and it’s this vision King struck so well in his book and the film version delivers so superbly here. Muschietti uses every horror-film cliche in the book, from creaking floors and doors to out-of-tune music-box chills and the grab-bag of jump scares involving Pennywise’s grisly malleable countenance. While the film ostensibly feels rote in much of its execution there’s a creative element to Muschietti’s work that somehow works. Maybe expecting the various beats of the story to grab me lessened their impact (although some truly frightening moments threaded throughout do work) but I think what made the film legitimately frightening was its sense of discordant familiarity with the characters. Each of the Losers somehow represents an aspect of us, and through their shared adventure we feel so much more than if this were any ordinary genre flick. 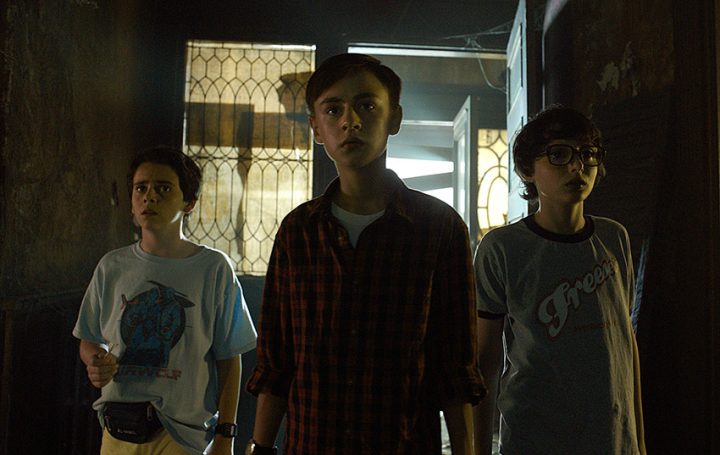 Accompanying Gerald’s Game, 1922 and to a lesser extent The Dark Tower, 2017 has been a resurgent year for Stephen King’s adaptations. IT represents the best of them (it’s at least as good as 1922) and it delivers all the scares a well-crafted horror flick ought to. Whether you associate emotionally with the central characters or not is probably where your enjoyment of IT will hinge, but for this King fan at least, Andy Muschietti’s voyage into the supernaturally terrifying is a trip well worth taking.