With a theatrical released delayed for almost two years due to the Covid 19 pandemic, expectations were high for Sony’s follow-up franchise kicker Morbius, a superhero film in the same cinematic universe as Tom Hardy’s Venom, and starring Jared Leto as the eponymous Marvel character headlining for Sony’s Marvel-adjacent Spider-verse franchise. Unfortunately, like Venom: Let There Be Carnage before it, not much about Morbius goes right. The film is dumber than a box of rocks, and begs the question: is that it? After two years on the shelf waiting to be dropped into cinemas, this is the best they could come up with? Comic book characters have a wealth of printed history and deep-dive backstory for filmmakers to delve into, to create genuinely engaging and empathetic characters we can associate with, or at least understand in principal. Leto’s Michael Morbius, a man beset with self-inflicted vampirism, is voided such development, dwelling in simplistic, broad-stroke character definitions that turn this implicitly menacing and tragic character into a laughably inane, rock-em sock-em superhero entry that is as clunky and disjointed as the film’s release schedule. Directed by Daniel Espinosa (Safe House, Life) and written by Matt Sazama and Burk Sharpless, the film’s plot wastes no time getting us to the point almost immediately: a pair of young kids suffering some non-specific and unnamed blood disease are in desperate need of a cure. One, Michael Morbius (Jared Leto – Suicide Squad) grows up to be a Nobel Prize-nominated biochemist working in blood disease, while the other, Milo (Matt Smith) becomes a wealthy philanthropist funding Michael’s research. After a protracted succession of failures, Michael eventually stumbles upon a cure, creating a serum which gives the subject enhanced strength and near superhuman abilities. The side-effect is that it turns people into vampires, craving human blood and enshrouding an unquenchable desire for violence. Michael’s assistant, Doctor Martine Bancroft (Adria Arjona – Triple Frontier, 6 Underground) helps Michael to combat the primal urges to feed, while FBI Agents Rodriguez (Al Madrigal) and Stroud (Tyrese Gibson – 2 Fast 2 Furious) pursue Morbius for his crimes. Morbius is a film in a hurry. Typically, a film develops its characters in such a manner that the audience can empathise with, or at least attached emotionally to, one of them – typically the protagonist – and follow their journey through the narrative. In recent times, comic book films have been able to do this better than most. The trouble with Morbius is that a lot of the glue holding the plot and characters together, the logical trajectory of the story and the people within it, is missing. The end result of this bare-bones structure and disjointed pacing is a film lacking any room to let the characters breathe. Often these kinds of films tend to have easy-to-understand character archetypes that make it simple for a paying audience to get to the good stuff – the visual effects, stunts and action – but at the heart of any great comic book movie is a character we can like, if not love. Morbius makes it incredibly difficult to like Michael Morbius. The guy’s a bit of an asshole, which would be fine if he had any real redeeming features worth writing about. Sadly, whether by accident or intention, the writers don’t give us enough of these redemptive qualities early enough to juxtapose against the character’s single-minded determination to cure is illness, an illness which has turned him into a monster both literally and figuratively. 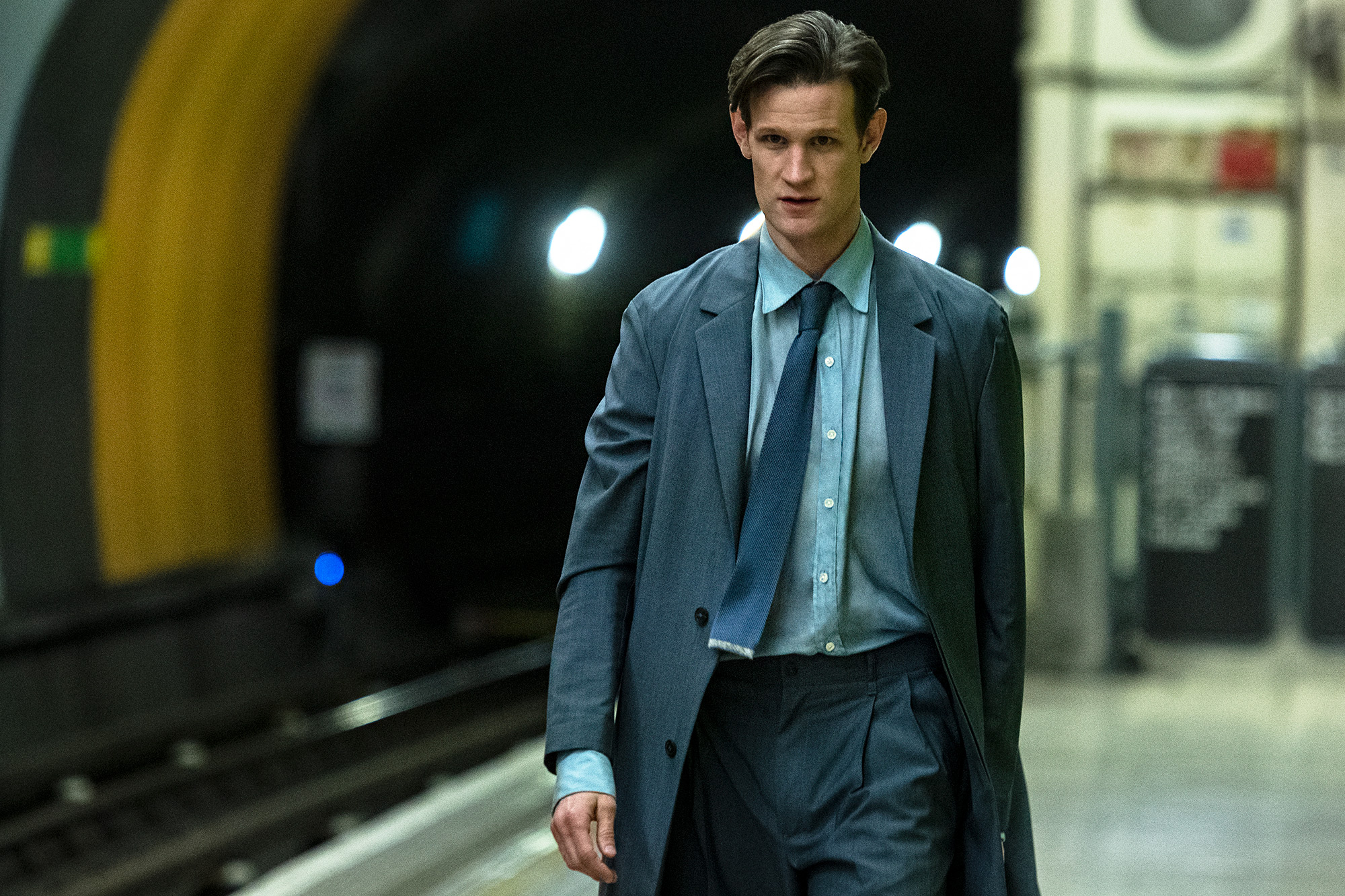 Had the film been better written, or had it included a little more work on Michael Morbius as a person rather than a bloody-minded (ha) mad scientist, the trajectory of his transition from deformed, weak human monster to actual super-monster would have worked a lot more cohesively than it does in the final cut. As presented, the film’s confusing subplot about Morbius’ adoptive brother Milo, as well as a young girl he’s treating in his facility for what I have to assume is a similar blood issue to Michael himself, never quite rings true, fumbling with exposition (or a lack thereof) whilst trying to speed up to the next action sequence. Cutting explanatory material, excising beats to give characters time to grow and marinate for the audience, in order to shoehorn in another green-screen action scene to bulk up the budget, frustrates the viewer enormously. I know: I was the viewer, and I was exasperated by just how shoddily the flimsy first half presented its plot. Contrived sequences of scientific mumbo-jumbo, perplexing convenience and shambolic dialogue are just some of Morbius’ creative woes, the story predictably culminating in yet another cathedral-set subterranean all-CG slobberknocker between the film’s two chief combatants – Leto’s Morbius and Matt Smith’s Milo. The fact Smith’s character starts out with the name Lucien, and then goes by Milo, indicates just how silly the whole thing is: Lucien is a far cooler name. The film also commits the ghastly sin of wasting the majority of its cast. Leto – who is actually quite good as Morbius – and Matt Smith both seem to be having a wild, unadulterated great time with their respective characters. Everyone else? Meh. Adria Arjona might be an attractive female lead but she’s hilariously miscast as Bancroft, a respected doctor in her own right and Morbius’ love-interest. Unfortunately, Leto and Arjona have the on-screen chemistry of flambéed haggis. Tyrese Gibson, who seems to be looking for another franchise now that the Fast & Furious saga is wrapping up, plays an FBI agent of indeterminate importance to the story, and has so much impact that were you to remove him the film would actually be better for it. His on-screen accomplice, Al Madrigal, has glimmers of humour and a sarcastic tone that draws us to him as a character, but he too, sadly, is undercooked and underutilised. The subplot involving the FBI tracking Morbius’ actions is absolutely meaningless to the end result of the film. And what they do with Jared Harris in this movie is ghastly. How you absolutely waste a premium talent like Harris with a nonsense-nothing character like his astounds me. Morbius is a film purposely designed to fit into a franchise, only done so without a shred of coherent thought put into making that happen in a manner that feels organic to the franchise. Sony are in such a rush to develop their own MCU-adjacent universe they’ve forgotten to curate their products with the same care and attention Kevin Feige has managed to develop over at Marvel proper. Both Venom films and now Morbius are rambling, disjointed by-products of a studio mandate to make it happen, rather than having people who love the properties work on them and give them a sense of prestige. MCU films tend to come with established gravitas, and more often than not deliver on that promise with engaging characters and a sense of forward momentum. Morbius, much like Venom: Let There Be Carnage, feels like an empty-headed cartoon version of a much better film existing inside a Sony exec’s fantasy. Even the expected closing credit stings – now a thing in almost every franchise property, it seems – are abysmal, making almost no sense and actively working against the idea of creating an enjoyable shared cinematic universe here. There’s no real point to any of this, a character as empty as the blood bags he drains and as ill-begotten as the mindless nonsense proffered up in Tom Hardy’s recent sequel. Even the action sequences lack suspense or weight, with rapid-paced editing and indiscernible VFX dominating the frame making much of the film’s third act an indecipherable mess of visual vomit. Honestly, by the time Morbius and Milo squared off for their third act showdown, I was ready to slit my own wrists and offer to feed the vampires myself, if only to put me out of my misery. The only thing working in its favour is the running time: Morbius is blessedly short, clocking in at a tick over 90 minutes, and while it’s an empty calorie intake from Sony this time out, at least you don’t have to endure some drawn-out exercise in vampire shenanigans as deleterious as this for very long.