Given the critical drubbing endured by 2016’s other massive DC superhero film, Batman V Superman, expectations for Suicide Squad were both significantly lowered and brusquely oversimplified by one of the best trailer campaigns of the year. The film’s signature move was all about the DC villains, a pantheon of weird, wacky and grotesque creatures and meta-humans tasked with taking on missions for the US Government: the premise had long been a staple of the comics books in which these varied antagonists starred, but many fans were kinda caught off-guard by exactly why DC would go head-first into uncharted waters when their hero-starring feature films, namely the aforementioned Batman V Superman, and the less-than-impressively-regarded Man of Steel, had kinda gotten things off to a rocky start. It would have been a bit like Marvel giving us Guardians Of The Galaxy before Iron Man and The Avengers. 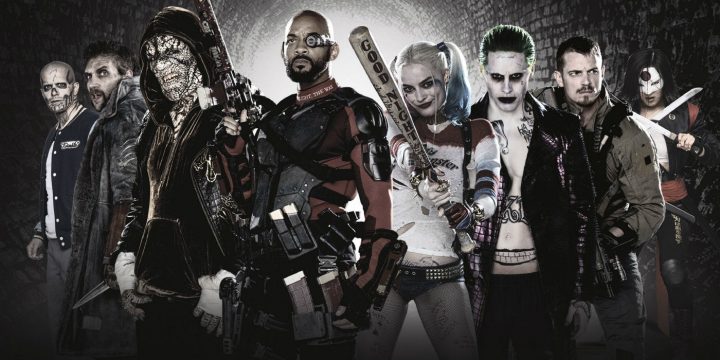 Directed by David Ayer (Fury, Sabotage) Suicide Squad is, as its title implies, an assemblage of talent both beautiful and hideous. Well known DC characters such as the Joker (Jared Leto), his female accoutrement Harley Quinn (Margot Robbie), the flavourless Jai Courtney as Captain Boomerang (a long-time Flash villain), and Killer Croc (a tremendously disfigured Adewale Akinnuoya-Agbaje) are brought to life by Ayer’s lensing. The smattering of lesser DC villains involved here include flame-generating El Diablo (Jay Hernandez), the Elektra-esque Katana (Karen Fukuhara), and Enchantress (Cara Delevingne), all of whom go a long way to broadening the roster without really adding much depth to it. Chief among the film’s leads, however, is Will Smith as Deadshot, an assassin moulded on Marvel’s Bullseye (Colin Farrell must be jealous!), here turned into a somewhat sympathetic character who simply longs to leave “the life” and settle down with his young daughter, and the bullish team leader of the “Squad”, Rick Flagg (Joel Kinnaman). They’re all brought together by the ruthless Amanda Waller (Viola Davis), a Government agent who creates the team in the wake of Superman’s death (in Batman V Superman – er, spoiler?) as a way of combating any future superhuman enemies.

Ahhh dammit. Dammit all to hell. Suicide Squad just ain’t great. It ain’t awful, or at least as awful as some have suggested, but there’s some serious problems here I doubt a re-edit or deep cutting could fix. If the theatrical version was a confused mish-mash of ideas wrapped in fancy pop-culture-pleasing soundtrack choices, then the Extended Edition does little to quell those complaints. As pleasing as those Bohemian-Rhapsody-inspired trailers were, the film’s inherent problems can’t be overcome with flashy editing or Creedence cues. Neither can it be improved on by increasingly gratuitous shots of Margo Robbie’s exceptional derriere, which comes in for a lot of focus no doubt to keep the fanboys (and fangirls) watching. Mixing parts of The Magnificent Seven, a slew of The Expendables, a truckload of DC easter-eggs and as much villainous heft as a standard Marvel movie, DC’s third franchise film wobbles its way through indistinct action scenes, half-baked character development and permissive misogyny. 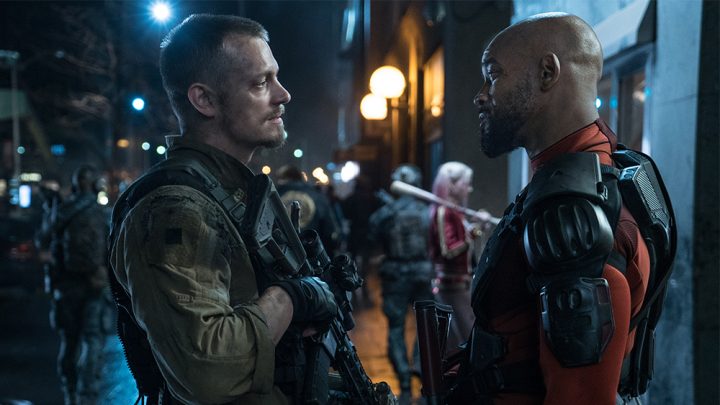 Scenes involving Jared Leto’s enormously hyped Joker play little part in the main story, largely used as flashbacks by Robbie’s Harley Quinn to bring her nutjob character though some kind of internal arc we find little fulfilment in. While Robbie’s Quinn is easily the most fun part in the film, Leto’s workmanlike Joker lacks the eerie charisma of either Jack Nicholson or Heath Ledger, portraying the guy as some vaguely outlandish hoodlum without menace; his “romance” with Quinn, their bizarre attachment to each other as kindred spirits, becomes lost amid the thunderous action Ayer tries to bring to proceedings. I’d even go so far as to suggest you could remove the Joker entirely from this movie and not lose an iota of narrative drive, as the subplot surrounding his inclusion is wasteful and ill-achieved. Smith’s Deadshot has moments of introspection, but this too lacks weight. There’s a lot of flash-n-bang here, and too few moments that mean something, no matter how hard Ayer and his screenplay try. I’m loathe to suggest that villains traditionally don’t “team up” as well as heroes do in terms of their emotional intransigence, but Suicide Squad’s hackneyed bonding of these people never really gels, never suggests fraternity in any form, but rather tends to be more insular.

Key to the film’s wayward introspection is the fact that each scene seems to exist in and of itself, joined merely by convenience and lacking a rigid throughline for the entirety of the plot. What little compassion the audience might have for anybody in this film is buried beneath a quagmire of quantitatively worse exposition. As cool as you think it is to see the bad guys go round, there’s a reason we tend to root for the heroes in stories. Quinn, Deadshot and Joker aside, there’s precious little in this film to really latch onto, which is a shame. Betwixt the faceless denizens of the Bad Guy, a giant Azgardian-looking thing related to Enchantress, and the slathering of nightmarish cinematography, Suicide Squad’s faux-philosophising gets in the way of what should be an awesome smackdown show. Grand destruction ensues, sure, as our “heroes” go toe to toe with a power that’d make Superman shit in his cape, but it’s maddeningly ineffective no matter how many visual effects are thrown at the screen. 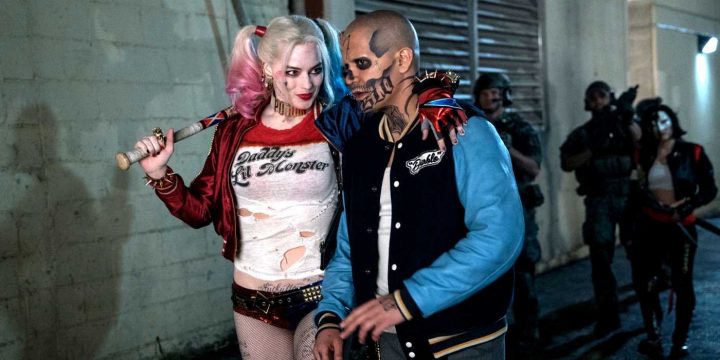 Casual – nay, continual – references to Batman, Superman and the upcoming Justice League event populate the film, a facet of Ayer’s movie I would posit comes as a dictum of the studio. Ben Affleck’s cameo scenes as Batman, and a mid-credit sequence as Bruce Wayne, do for the DCEU what Sam Jackson’s Nick Fury did in those early Avengers movies – provide the audience a link between all the films coming along the tube. Amanda Waller will no doubt be a presence in the DC film universe as the echoes of the Squad resonate through the larger world-building going on here, while it would be nice to see Smith’s Deadshot, Robbie’s Quinn and Leto’s Joker given their own films to solidify what were mostly workable characters in spite of the surrounding problems. Ayer establishes the Synderverse aesthetic with a realism rather than cartoonish pop-violence, and although the film is prone to making similar drab choices as encumbered by Man of Steel and BvS, you get the sense that here, the director is trying to give us a brighter outcome. It doesn’t work, but at least there is consideration for it.

There’s a lot to unpack in Suicide Squad, most of which has to do with just how such a jumble occurred under the watch of a director of such remarkable perspicuity. Studio meddling? Ill-advised focus on too many mismanaged subplots? Perhaps. I’d suggest the overproduced expectation, a disjointed sense of purpose (is it an origin film – nope, but maybe it needed to be…) and insufficient motivational scaffolding as key reasons it’s a film of entirely too much style and far to little substance. If you can believe it, Suicide Squad is actually a worse film than Batman V Superman, and that’s the most disappointing aspect of the whole thing.

Naturally, you can expect sequels and spin-offs until the Rapture.