Principal Cast : Tom Hardy, Michelle Williams, Riz Ahmed, Scott Haze, Reid Scott, Jenny Slate, Melora Walters.
Synopsis:  When Eddie Brock acquires the powers of a symbiote, he will have to release his alter-ego “Venom” to save his life.

I admit, I was among the cynical horde who decried Sony’s decision to push forward with its Spider-Man-free franchise when they were effectively forced to strike a deal with Disney-held Marvel Studios for the co-rights to the famous web-slinger. What the MCU didn’t get, however, were Spider-Man’s rogues gallery, of which symbiote anti-hero Venom is chief among them. Making a film about one of Spider-Man’s most popular villains without Spider-Man – more acutely, without mentioning Spider-Man or even explaining his absence from Venom’s backstory (which, in the comics, is inextricably linked to Peter Parker’s costumed do-gooder) – is fraught with danger, not the least of which is general non-comic-book-savvy audience familiarity with the property. Bless Sony for giving it a shot: the gamble paid off, with the film’s domestic run and eventual global box office success surely green-lighting an inevitable sequel. But Venom met with dire critical vitriol in spite of its commercial success, so something about the film has to be off, right?

San Francisco – successful video journalist Eddie Brock (Tom Hardy – The Dark Knight Rises) has his life turn to shit after confronting wealthy pharmaceutical entrepreneur Carlton Drake (Riz Ahmed – Rogue One) about his legal and corruption troubles; Brock loses his job, his girlfriend Anne (Michelle Williams – Manchester By The Sea) and his reputation, all in the space of a single day. Drake, obsessed with mysterious space-borne organisms is attempting to bond them with human subjects, ostensibly to travel into space and colonise distant planets. When Eddie inadvertently comes into contact with one of the organisms while trying to crack the story, and bonds successfully with it, he becomes the ultra-violent super-powered Venom, and his life is thrown into absolute chaos. 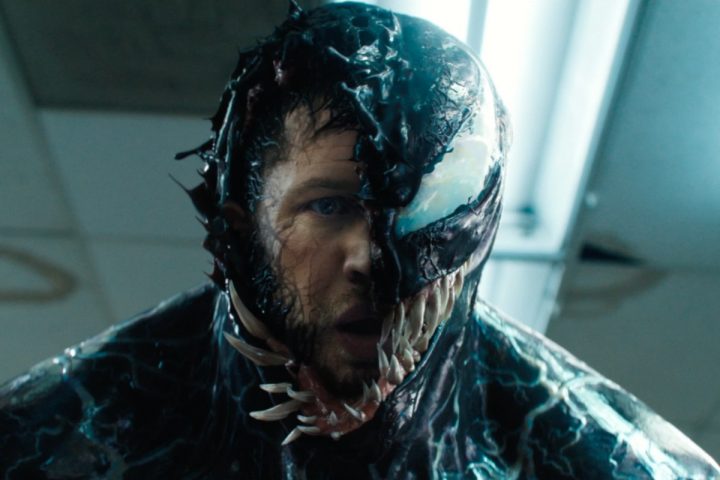 I enjoyed Venom. I expected to hate it, mainly because of my affinity for Spider-Man and my distaste for Sony’s capitulation in making good films about Spider-Man, but for the most part I had a good time with it. Oh, it’s utterly ridiculous and contains some terribly risible filmmaking decisions, but Tom Hardy’s performance and a mean-streak of humour salvage a lot from what could have been a total car crash of a motion picture. It’s a slam-bang rollercoaster of terribleness that is just whack-a-doodle crazy enough to work, (I mean the bad guy builds a freakin’ rocket to space in San Francisco bay!) in spite of some of the worst screenwriting and central villain performance to grace the screen this year. Riz Ahmed is a generally solid actor but he’s saddled with a cartoonish villain so awfully poor it staggers me he made it into a major blockbuster film. The central plot is generally okay, and makes a good fist of giving the symbiote creature attached to Eddie Brock a worthwhile presence within the context of the story, but the journey undertaken isn’t easy to swallow. 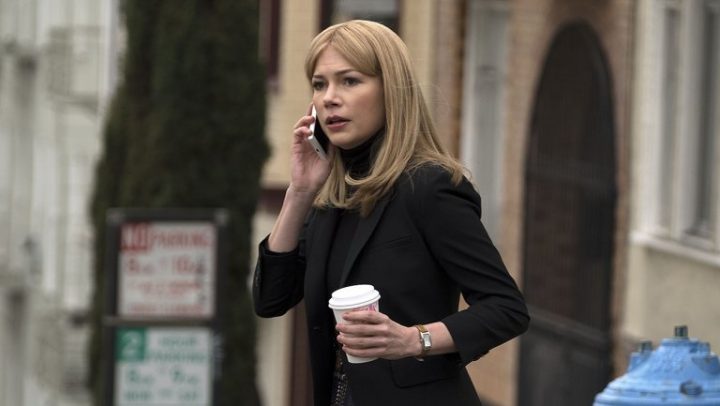 The dialogue within the film, particularly that of Ahmed’s Carter Drake, is cringe-worthy, although the gallows humour employed by Reuben Fleischer’s generally solid direction is pretty cool. Watching Hardy sport a gruff boy-howdy accent as Eddie Brock is fun, and the Venom creature effects, a black CG orgy of tendrils and head-eating violence are generally pleasing to the character’s comic-book roots. There’s a number of decent set-pieces in which Venom/Brock have to show their stuff, and where the movie’s weakness arrive the battles and fights overcome much of the problematic structuring. The film skirts fast-paced convention and contrivance with franchise-building character development – most of the film’s best work is on Eddie Brock, and his quippy relationship with his alien passenger – and as it roars to inevitable CG-fest showdown, between Venom and the eventual arrival of Riot, a fellow symbiote that has far more dangerous designs on Earth, the film finds its feet when it isn’t talking and just doubles down on the casual mayhem. Even the climax, a battle between two giant symbiote creatures, harkens back to the Hulk/Abomination brawl in Marvel’s The Incredible Hulk, and suffers a surfeit of confusing camerawork and overabundance of CG artifice, but it feels engaging to a point, which is where a lot of these wreck-fests tend to fall over. 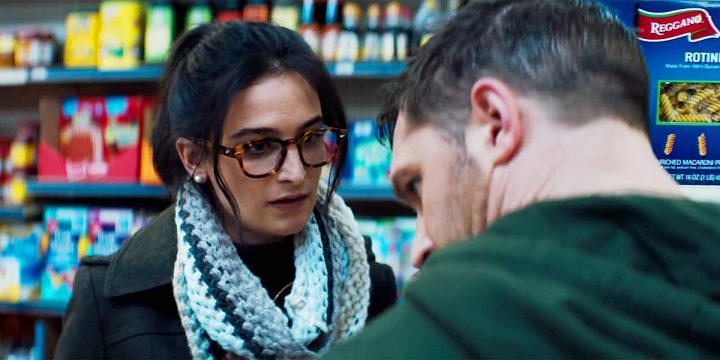 Non-comic fans will be utterly confused at what’s transpiring, because at no point does Venom try and explain the broader backstory structure of its own premise, but the movie works hard at establishing some form of coherent exposition by way of the internal monologueing between Brock and the symbiote. Motivations for the central characters are significantly lacking, and depth of involvement between Brock and Michelle Williams’ paycheck performance as his ex significant other Anne is limited indeed. All solid actors are hamstrung by woeful writing and iniquitous development, and Venom’s roster is no different. However, even in the face of overwhelming mediocrity in the writing stakes, Tom Hardy’s work as Eddie is really effective, transforming a character I always felt to be largely peripheral or one-note and giving him an Everyman sensibility, which works for the film’s dark streak of anarchy. The verbal barbs traded by the symbiote inside Eddie’s head are often quite jovial and malignantly dark, chatting about eating people’s heads and limbs and internal organs, and where this could have turned Venom into an outright horror film Fleischer balances the serious plotting with the obligatory comic-book lightheartedness in a manner that’s surprisingly entertaining.

Venom isn’t a perfect superhero origin story by even the most tenuous sense, and it’s not really that good a film in and of itself to begin with, but it’s a good starting point for Sony to improve upon. They have proven themselves capable of making a successful Spider-Man absent film involving one of Spider-Man’s most popular villains, making it work in spite of several critical issues in writing and performance, and naturally sequel baiting occurs in the now-expected mid-credit sequence so you just know there’s plans for upcoming films now that the box-office receipts are in and counted. Tom Hardy’s performance anchors an effects-heavy confusion bomb of ideas and uneven narrative shifts and it’s through him the film works as well as it does; Venom might be this year’s The Mummy (only actually good), a franchise starter that has its share of problems but does what the studio needs to do and set a course for the future of the properties it has the rights to. Loud and filled with bluster, Venom is an interesting and palpably workable launch pad for even more of Spider-Man’s rogues gallery to appear in stand-alone films, even if it has some unavoidably problematic structural deficiencies.