Legendary Hollywood director Brian DePalma takes on Prohibition Era corruption in The Untouchables, written by the incomparable David Mamet (Glengarry Glen Ross, The Postman Always Rings Twice), shot by master cinematographer Stephen H Burum (Coppola’s The Outsiders, St Elmo’s Fire) and accompanied by a score from genius composer Ennio Morricone (The Good The Bad & The Ugly); with a powerhouse cast and a white-hot true-crime story to tell, few could argue that the deck was completely stacked in the director’s favour. That The Untouchables was never up for Best Picture at the Academy Awards – the film snagged only one, for Connery in a supporting role, out of four nominations – is a staggering oversight and a remarkable historical footnote, for with the double barrel shotgun leads in Costner and Connery and DePalma’s noir-influenced visuals you’d have expected the Oscars to come begging. 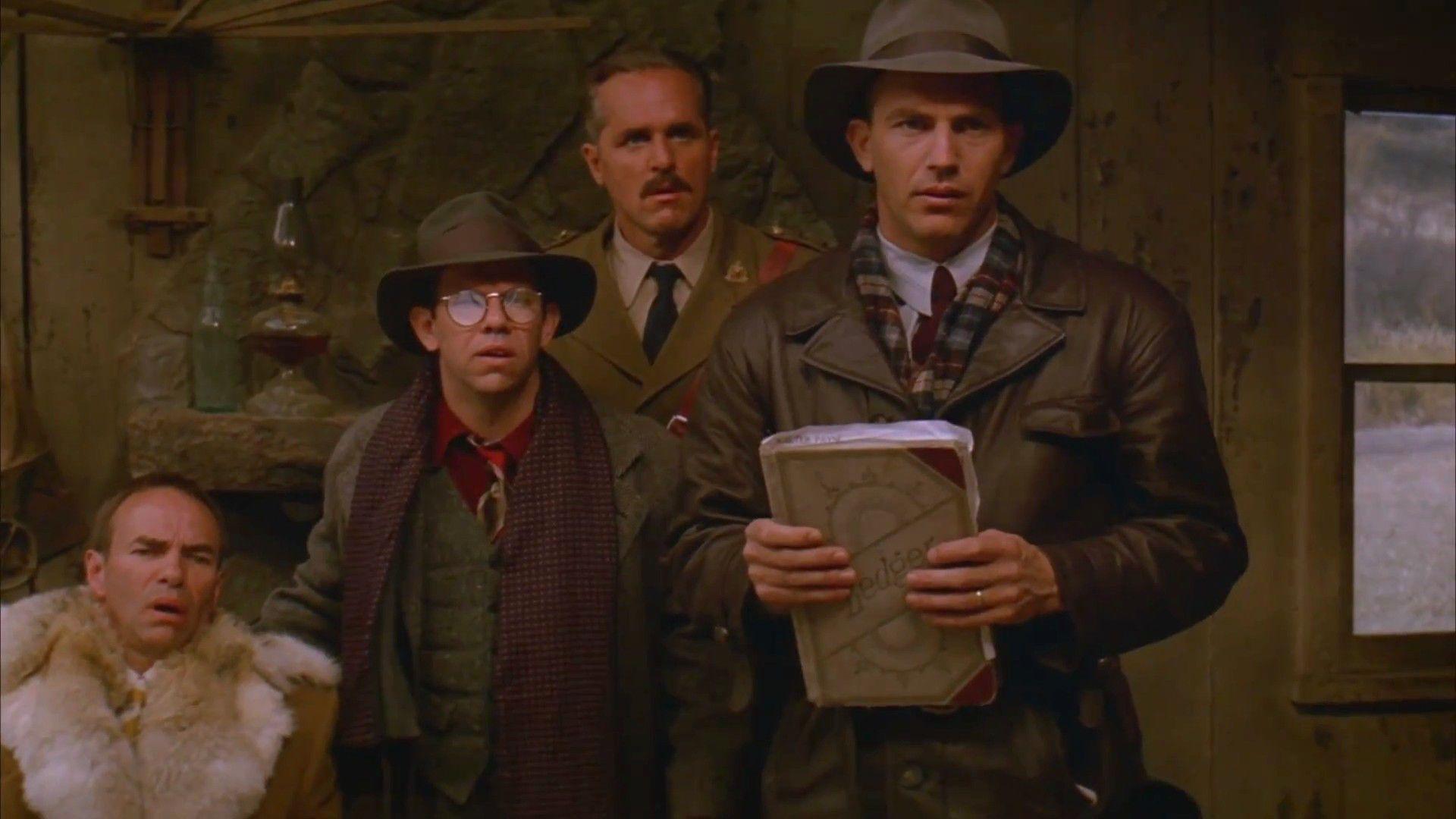 The film focuses on the work of Federal Bureau of Prohibition Agent Eliot Ness (Costner), who arrives in Chicago to bring to a halt notorious mobster Al Capone (Robert DeNiro – Raging Bull) and his illegal liquor supply business during the era of Prohibition. 1930’s Chicago sees corruption rampant through the city, with Capone having his money flow through almost every neighbourhood and even the police force, with very few decent police officers dedicated to upholding the law. Ness recruits veteran Irish-American cop Jimmy Malone (Connery) to form a small squad of investigators who will overcome the corruption and bring Capone to justice. Ness and Malone then seconder trainee George Stone (Andy Garcia – Ocean’s 11) and FBI accountant Oscar Wallace (Charles Martin Smith – Deep Impact) to their small group, and as their investigations proceed, both violence and arrests follow. Ness’ family, including his wife (Patricia Clarkson – Pieces of April) are threatened by the evil Capone henchman Nitti (Billy Drago), forcing the Federal Agent and his posse to cross the line in order to bring the kingpin to justice. 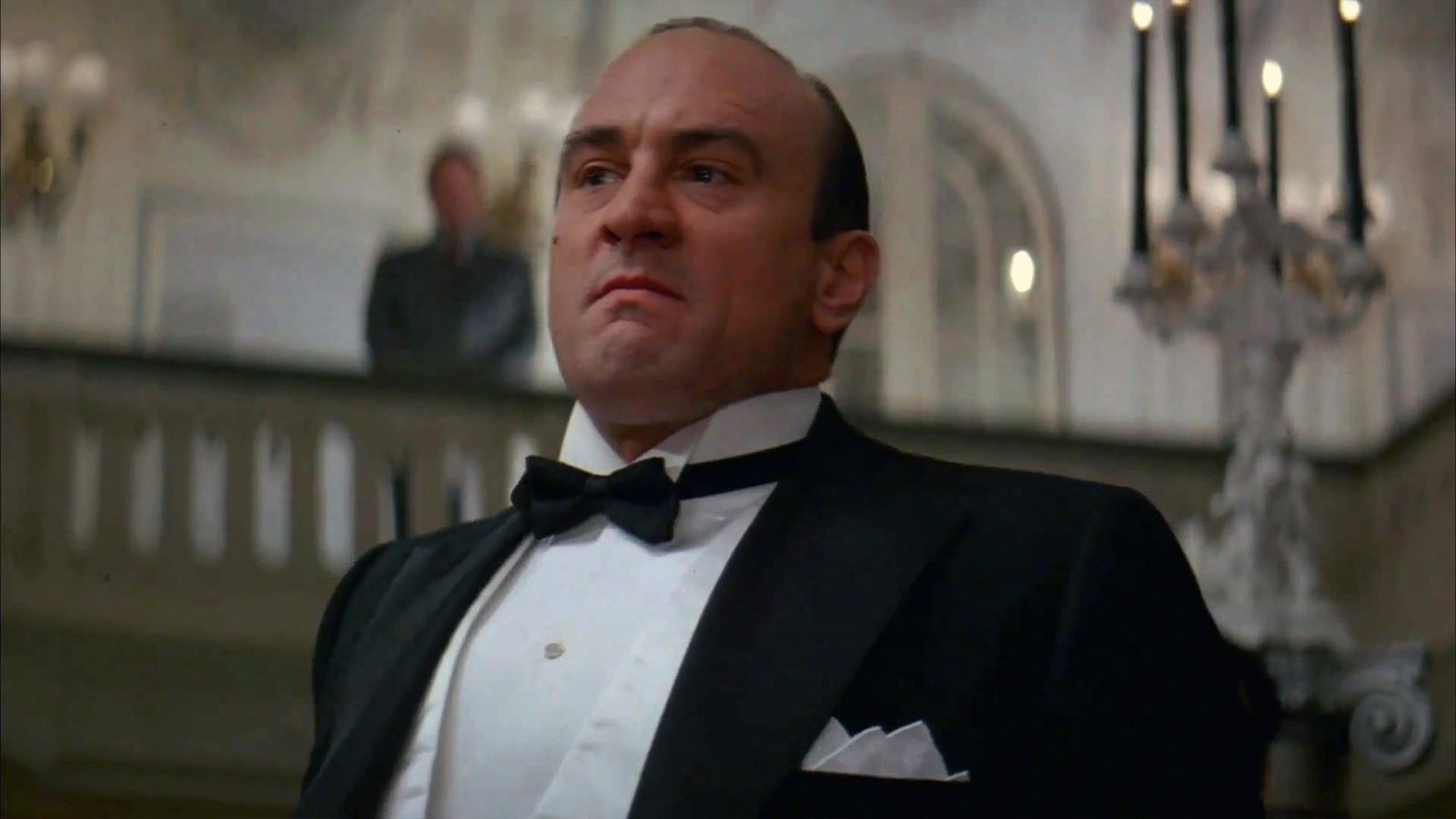 As with many DePalma films, The Untouchables is often cited in various self-congratulatory film montages for its tense railway station staircase shootout, the steadycam thrills of gangsters invading Malone’s apartment, and the various widescreen depictions of 1930’s America as it was during Prohibition. DePalma’s visual style is at its peak here, a bloody, violent story of criminality and reprisals, of vendettas and corruption, stark against the backdrop of a city almost at war with itself – representative of the wider problem Prohibition brought with it across the rest of the United States. Nowhere was corruption and crime more notorious than Chicago during this time, with Capone the poster-child for the excess underground drinking and the allure of illicit alcohol the US Government attempted to thwart throughout this period.

David Mamet’s script is a crucible of authority and incorruptible good, Eliot Ness the literal “white knight” sent in to deal with a city writhing with illegality and criminality. Costner was the actor best served in the mid-90’s to play this kind of role, his straight-up style and All American goodness personified into the idealised lawman, a modern-day Eastwood-like sheriff riding into the worst Old West town to scrape off the evil. It’s the kind of role most closely associated with the actor even now, having played similar parts in Oliver Stone’s JFK, Lawrence Kasdan’s Wyatt Earp, Roger Donaldson’s Thirteen Days, and even in his own films such as The Postman and Open Range, as well defined capital-G Good Guys only occasionally tempted by outside forces. Hell, Costner’s portrayal of Pa Kent in Zack Snyder’s Man of Steel owed a lot to the kind of Ideal American trope he’s parlayed into his entire career. Costner delivers Mamet’s dialogue and sense of justice with aplomb and I would even go so far to suggest that this is perhaps the most Costner-like role for Costner to play, a part written quite literally for him.

Less auspicious is the work of everyone’s favourite lisping Scotsman, Sean Connery, whose work as an Irish-American cop garnered him an Oscar and yet feels strangely out of sync with the majority of the movie. Connery is a great actor and his Jimmy Malone is a great part, but there’s just something off about the character, and it baffles me how he snagged the Academy Award here. So too Robert DeNiro, overplaying the role of Al Capone like a giant spoiled brat without the sense of menace to accompany such a leviathan figure of US history. DeNiro chews the scenery but his Capone is generally a tawdry, self-involved nutjob lacking the panache and intelligence to outwit those who sought to prosecute him; DeNiro plays belligerent like nobody else but, aside from one violent ballroom sequence, is largely an afterthought in an otherwise compelling movie. The wonderful Andy Garcia does solid work as George Stone, and Charles Martin Smith has a blast as accountant turned gun-wielding field officer Oscar Wallace, while Billy Drago sleazes it up as the vile Nitti, and Patricia Clarkson’s giraffe neck steals the scenery as Ness’ devoted wife. 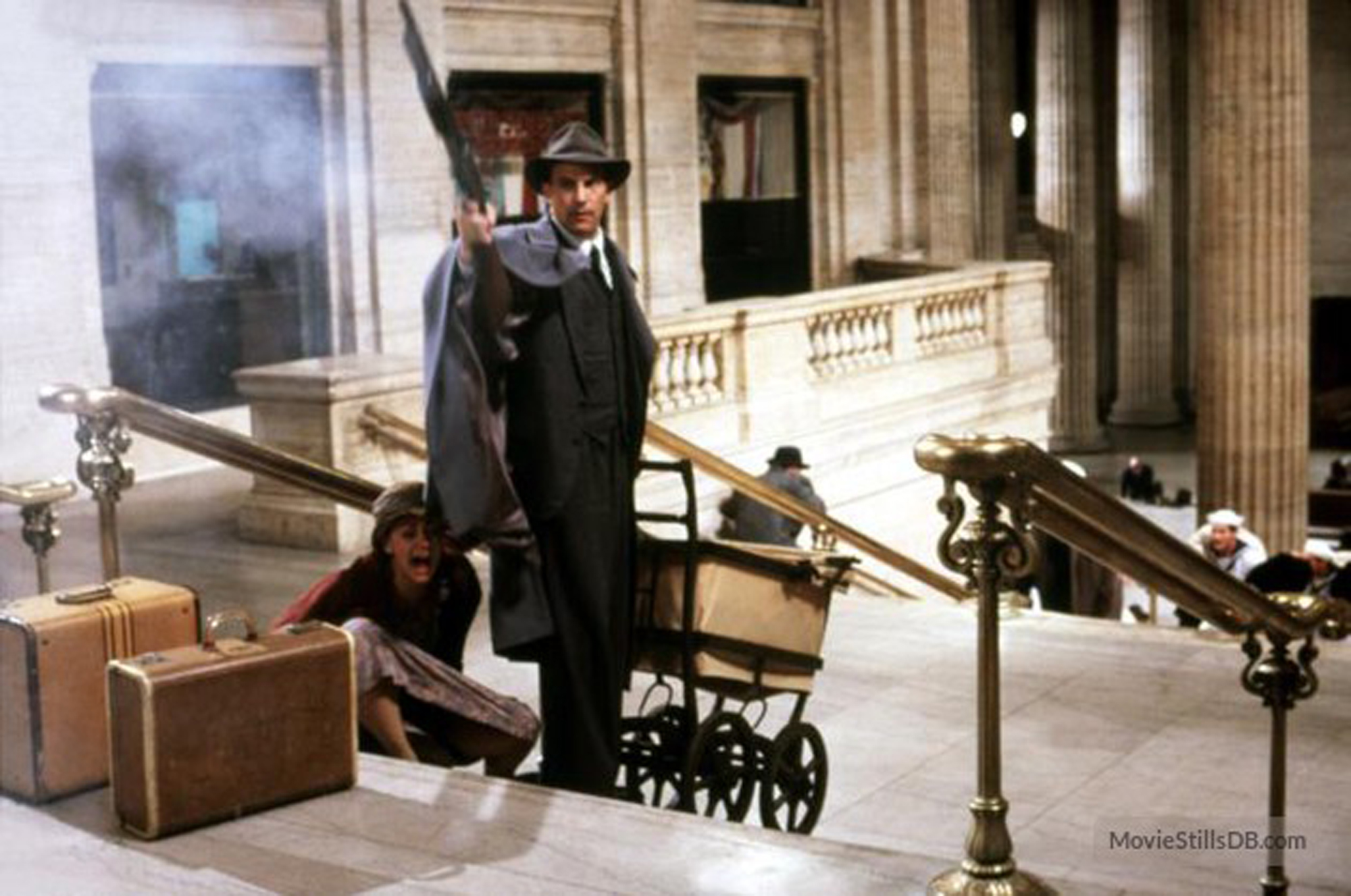 The film relies less on character development and more on atmosphere and style, which is something right inside DePalma’s wheelhouse, concocting several terrific set-pieces involving lengthy periods of waiting, followed by momentous violence and general human savagery. The film has egregious problems with historical accuracy, which mars the viewing experience somewhat when understanding that a lot of what transpires on screen – including a protracted Canadian border shootout, and the film’s iconic railway station step shootout – never actually happened. Still, Hollywood flair trumps truth I guess; DePalma’s mastery of editing, framing and pacing make for grand, colourful violence and a sense of pure showmanship, and coupled with Morricone’s terrific score The Untouchables is as potent a mix of masculinity and toxic retribution as the screen has ever seen. Costner’s Eliot Ness is a straight-arrow American hero, Capone a rambling crank in a sharp suit, and the streets of Chicago a boulevard of blood and bullets forming the backdrop to one of the more energised and fawning biopic films of modern times.

2 thoughts on “Movie Review – Untouchables, The”