Everyone loves a great little mystery thriller. 2019 has been quite a good year for the genre, with examples outside of Bill Condon’s The Good Liar including Rian Johnson’s Knives Out, Boon Jong-ho’s Parasite, and the little-seen Cold Pursuit. The Good Liar is a solid little romp starring two of Britain’s most eternally complementary exports; Ian McKellan, who can make any character positively sparkle, and Helen Mirren, who elevates event the most pedestrian material beyond its scope. Liar doesn’t always work, despite deft direction and rather excellent wink-wink performances, and the final fifteen minutes or so are ludicrously silly, but watching Mirren and McKellan go to work with a sparkling script is worth the price of admission alone. 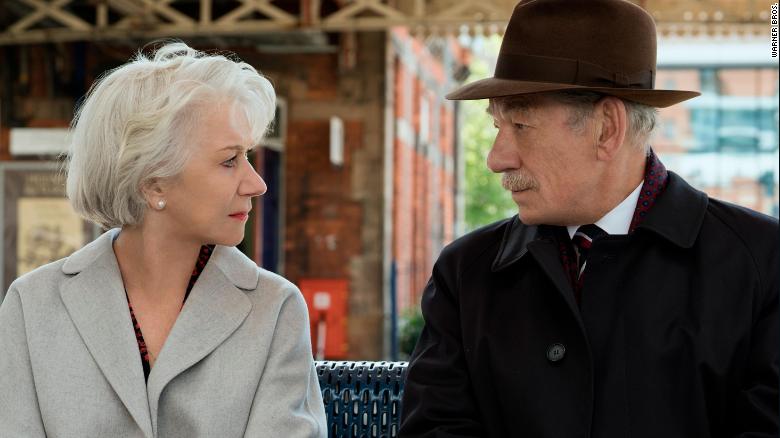 Roy Courtnay (McKellan) makes his living swindling people out of their fortunes, with his partner-in-crime Vincent (Jim Carter) using technical tricks to con and connive. When Roy meets recently widowed Betty (Mirren) on a dating website, and meets, they immediately hit it off, with Roy soon realising the older woman has a small fortune in savings he eyes off as another score. With Betty’s suspicious son Steven (Russell Tovey) believing Roy isn’t who he says, the older man must use all his wiles to manipulate the situation to his own advantage. 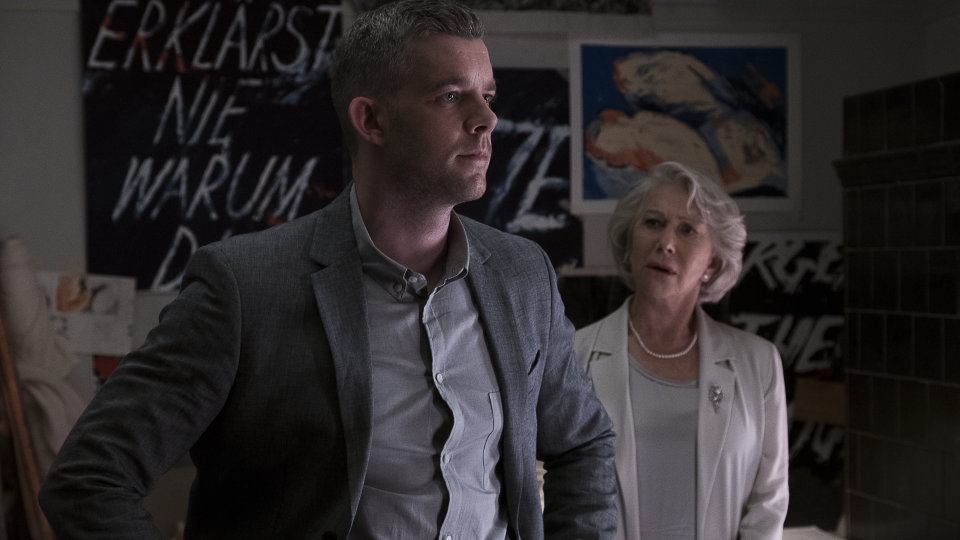 Compared to a lot of his previous Hollywood output, Bill Condon’s film is decidedly low-key. It’s a well-written and really well acted thriller, where nobody is truly who they seem, and as the mystery of Roy’s entrapment of the seemingly innocent Betty becomes a dangerous game of life and death, the tension Condon wrings from every moment is coilspring tight. McKellan’s Roy is obviously far more cunning and powerful than his aged and forlorn countenance would initially indicate – an early scene has him meeting some associates in a strip-club! – and as the script unwinds it becomes apparent that he’s lived a life, and promises to be a very clever fox indeed. In contrast, Mirren’s unremarkable Betty hides her own secret, as you’d expect in a film like this, and despite a lengthy period of apparent disinterest Mirren more than makes the most of her eventual “reveal”, because as with any good thriller, The Good Liar has more than its fair share of plot twists. You might think you know what’s going on, or have a pretty good guess, but in the end you’ll be flabbergasted by just where this film takes you. 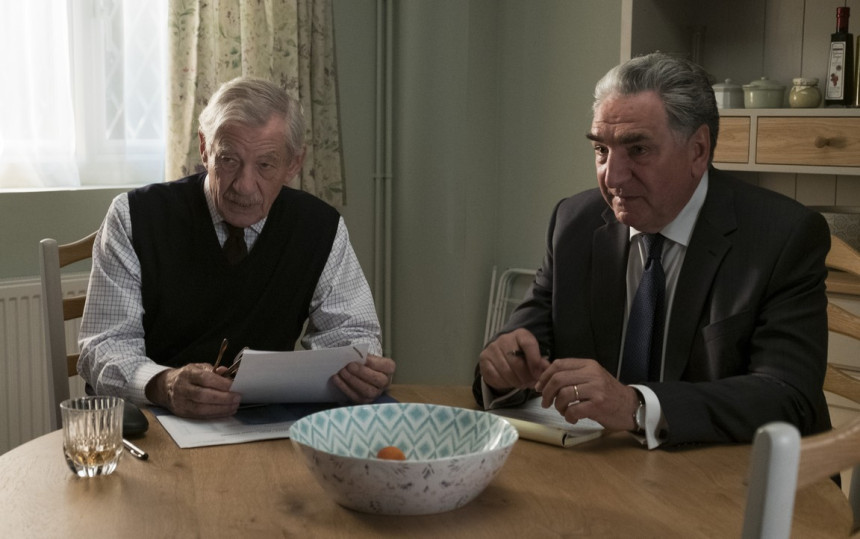 And not in a good way, either. The Good Liar wastes its sublime cast and exquisite plotting with one of the most left-field, silly, unpredictable-for-the-sake-of-it reveals I’ve seen in decades, a final twenty minutes of “what the hell?” trying to prove itself too clever by half. Honestly, had the film been shortened by twenty minutes it might be rightly considered a minor classic, but the bewildering final “reveal” and “twist” is staggeringly stupid and offensive to the audience trying to play along at home; treating the viewer like intelligent people who can follow along is the film’s core structure for the majority of its hour-and-a-bit runtime, but the climactic backstory exposition and jarring, never-earned twist the film delivers leaves a bitter taste in the mouth with its suddenness and stupidity. I’m trying not to step too far into spoiler territory but anyone whose seen the film will know the moment the film jumps the shark, and agree.

That sour note aside, if you can suspend your disbelief enough then The Good Liar has some nice moments to work with. A brief flashback to WWII, in which McKellan’s character played a part, showcases the strength of the film’s labyrinthine scripting and plotting, despite confusing tricksy identity theft with quality plot development, and there are some moments of abject violence that will ensure you’re always off balance whilst watching. Condon directs with an assured hand, his camera placement and editing always evoking feelings of suspicion and impending dread, particularly when the “creepy” Hitchockian elements rise to the surface. The music by Carter Burwell (Twilight Breaking Dawn, Hail Caesar!) is also a key element in the film’s tone, with piano and strings accompanying the tiptoeing subterfuge McKellan’s character engages in with perfection and delight. Also notable: the London and German locations featured in the film look spectacularly crisp thanks to Tobias Schliessler’s (Patriots Day, Beauty & The Beast) superb cinematography, a heightened canvas on which this devious mystery evolves. 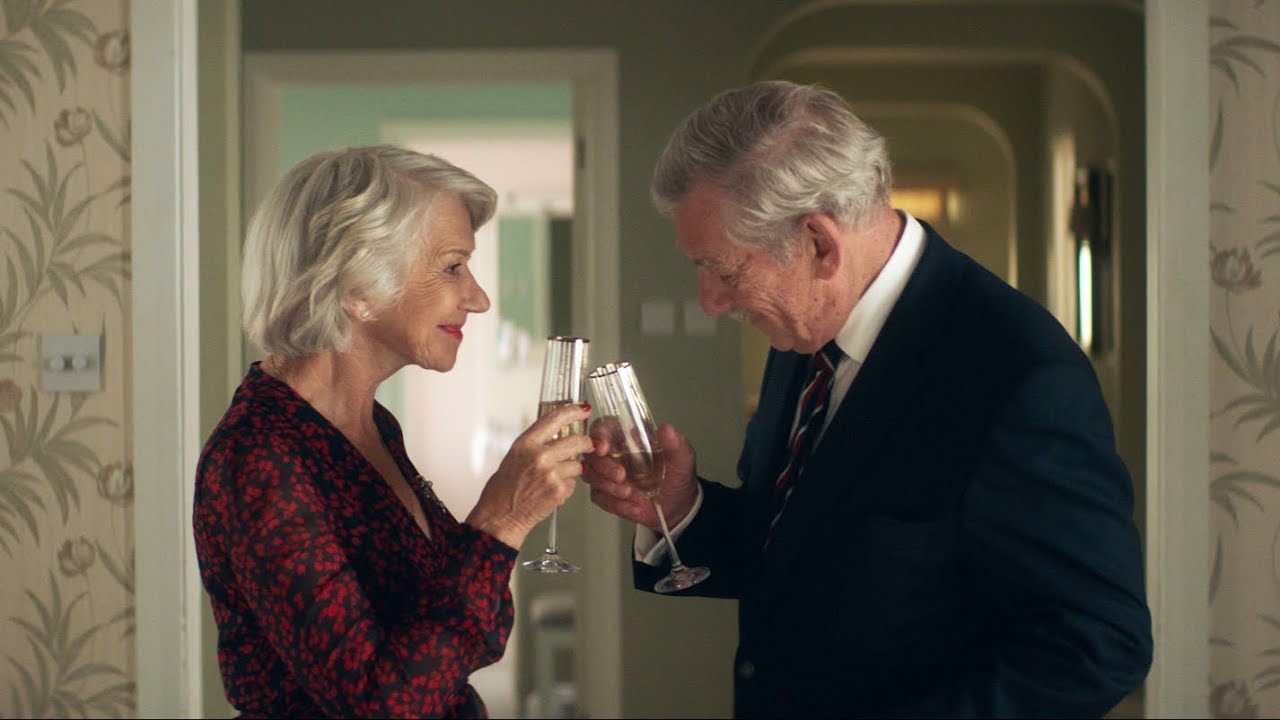 The Good Liar’s compelling mystery elements fire on all cylinders for the majority of the film, until McKellan’s rapacious Roy gets his comeuppance, when the rug is completely pulled out from under us. Last minute plot twists only work if they’re earned by previous exposition or understanding, and I’m sorry to say Condon’s film doesn’t earn its astonishingly daft rug pull. It’s the cinematic equivalent of Mirren’s docile character tearing off her mask Mission Impossible-style to reveal Tom Cruise recruiting for a new version of League of Extraordinary Gentlemen. Bizarre, fundamentally sour, and altogether puzzling: The Good Liar has everything going for it and trips -nay, defenestrates itself – at the final hurdle. Worth a look, for sure, and it’s generally a competent little movie. Be warned, however. that the resolution you are expecting (and will get) isn’t anywhere near as fist-pumping earned as you might want.