If you were to list all the factors working in Torn Curtain’s favour, you’d be forgiven for thinking the film might be one of Alfred Hitchcock’s best works. Two superstar leads in Paul Newman and white-hot Julie Andrews (riding the crest of her popularity following breakout roles in Mary Poppins and The Sound of Music), an on-point espionage thriller (which were all the rage after Dr No, the first Bond film, arrived three years earlier), and the direction of one of Hollywood’s most powerful filmmakers in Hitchcock himself, who delivered the gargantuan success of Psycho comparatively recently. That, plus reputedly exotic locations around Europe, specifically Berlin and the German divide between East and West, and you have all the hallmarks of a classic spy story and film. 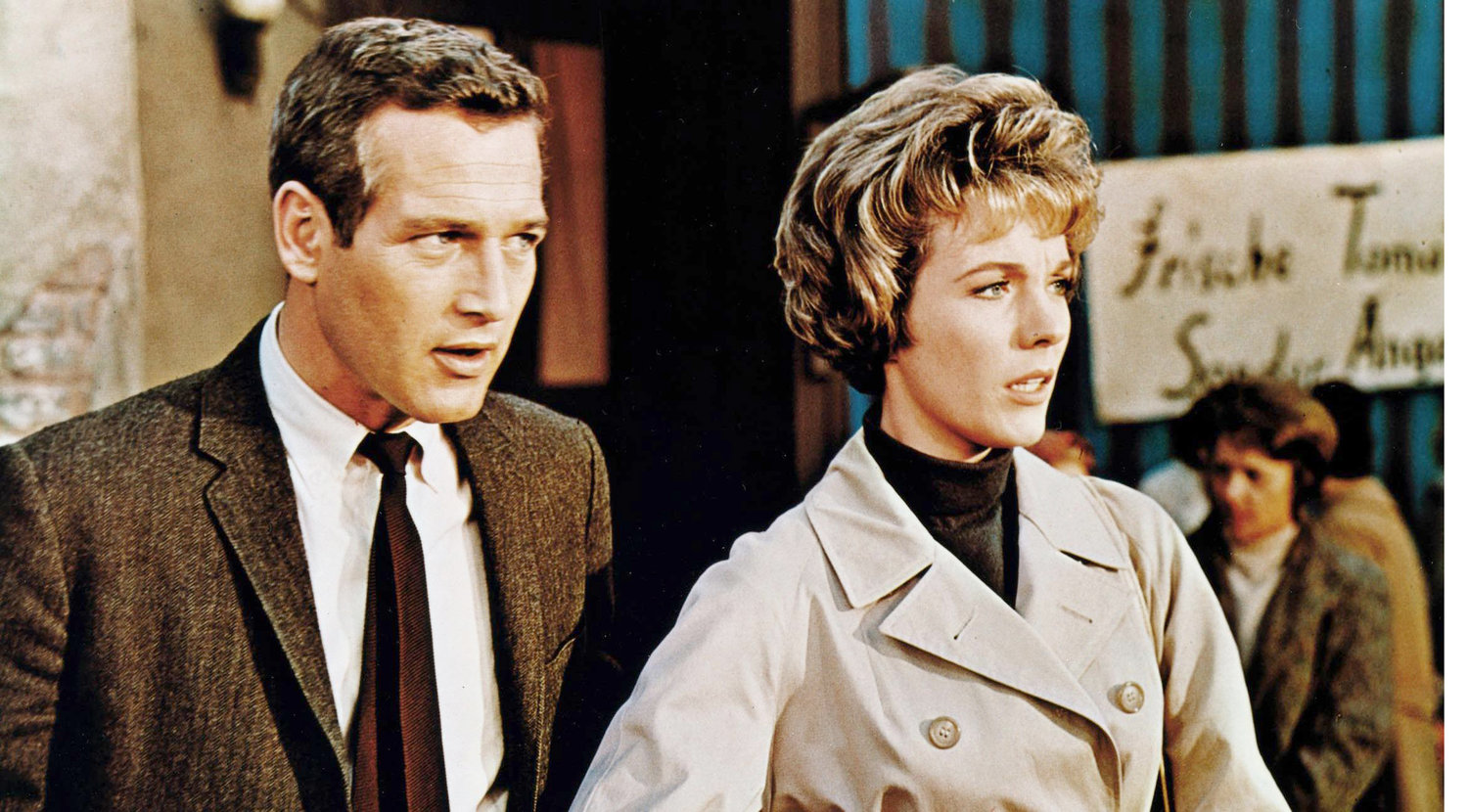 Why, then, is Torn Curtain so awful? The film is a real slog, a tiresome, technically iniquitous affair in which the leads have zero chemistry and the plot is boilerplate stuff far beneath the complexity Hitchcock usually worked with. Perhaps it was studio mandate to put Andrews in the film alongside Paul Newman, but she offers nought to the story and, in truth, is far from the sexy siren the acclaimed director typically cast in his movies. Neither Andrews nor Newman look like they enjoyed the others’ company, a palpable deficit of emotional connection that withers the screen whenever they’re on it. Newman, when he’s flying solo in scenes of genuine espionage here, is excellent, hamstrung by a middling plot and charisma-free characterisation and you can really tell he’s making the best of a bad situation. 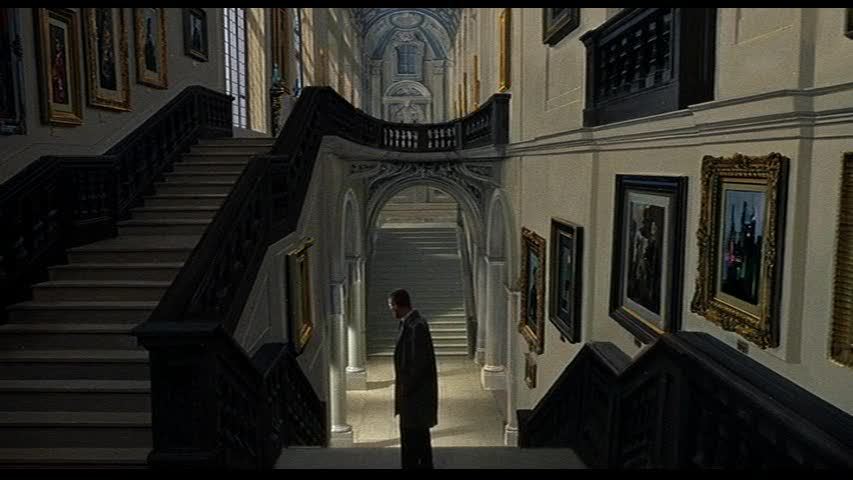 The film revolves around noted American scientist Michael Armstrong (Newman), who’s travelling to Copenhagen with his fiancee Sarah Sherman (Andrews), when he suddenly defects to Cold War East Berlin ostensibly for the purposes of scientific freedom. He intends to gather information about a newly developed technology designed as anti-missile systems to thwart nuclear war, hoping to work with Professor Gustaf Lindt (Ludwig Donath) to uncover the scientist’s hidden formula. Through deception and constant surveillance from East German security, Sarah soon learns that Michael is in fact working as a double agent, intending to take the formula back to the United States; thus begins a dangerous game of cat-and-mouse to escape the volatile and dangerous country. 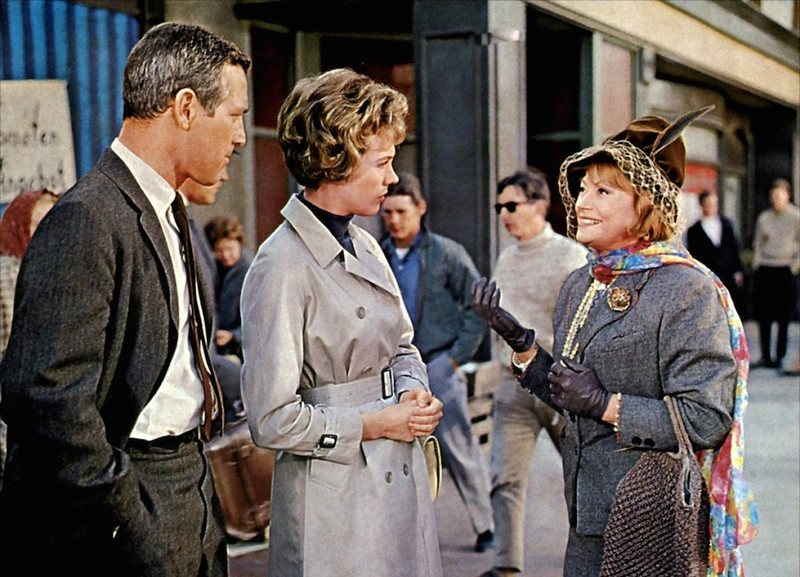 Although it’s listed as a “spy thriller”, Torn Curtain is hardly worthy of this nomenclature. It’s never thrilling, save one key moment in which Newman’s squirrely scientist has to defend his life inside a German farmhouse, and deadpan delivers Hitch’s patented sense of theatricality, but with very little effect. It’s hard to know exactly where it all goes wrong; the screenplay isn’t awful, and does have elements of genuine peril and misdirection threaded through it to elicit thrills from the audience, and Hitch’s direction isn’t without merit within the context of the story. Perhaps it’s the unlikeable characters: exactly why we should connect with Newman’s mysterious scientist isn’t clearly identified in any of the film’s slow-build preamble, and Julie Andrews’ token role of lead female offers nothing to a story that acutely struggles to give her anything meaningful to do. The fact that Newman and Hitchcock famously didn’t get along can’t allay the feeling that Newman just isn’t interested in the material, because the actor does a good job when he’s free to explore the character he’s given. The fact neither Newman nor Andrews seem even vaguely interested in each other at all is perhaps crucial to the uneven tone and indelicate mismatch of casting one suspects was foisted upon the production by an overeager studio keen to have two major stars in their movie. 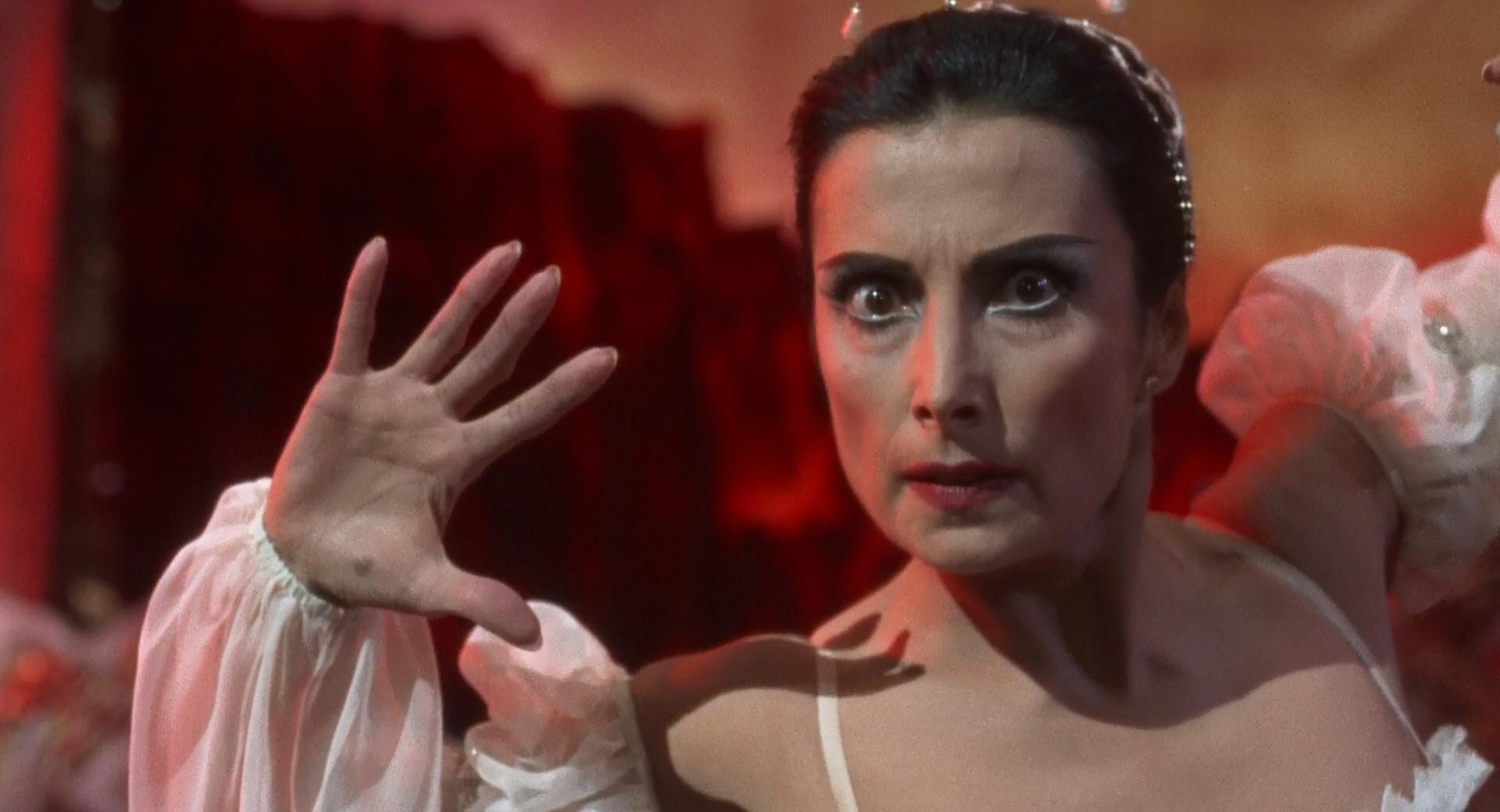 In terms of its production value, Torn Curtain isn’t going to win any awards. The film relies heavily on rear projection for its exterior sequences, to its great detriment, a practical limitation that, by today’s standards and even with comparison to Hitch’s other works, frustrates with its iniquity. An entire sequence on a bus, with Newman and Andrews trying to escape imminent capture, is laughably silly with the external windows displaying filmed footage that judders and jars and bounces with 1960’s technology to the point it wrecks the whole thing. By comparison, the work Hitchcock did in a similar bus-bound sequence in 1936’s Sabotage and it still holds up to this day. A lot of the film suffers this kind of technical limitation and although I can understand why, the execution is too off for me to overlook. The rest of the film seems to have been filmed in a lot of dull soundstages, and the cinematography (by John F Warren) is decidedly flat, inert and unrewarding. Several sequences of location filming inside various German locations are pleasing, but the contrast between these and the stage work is alarmingly noticeable. 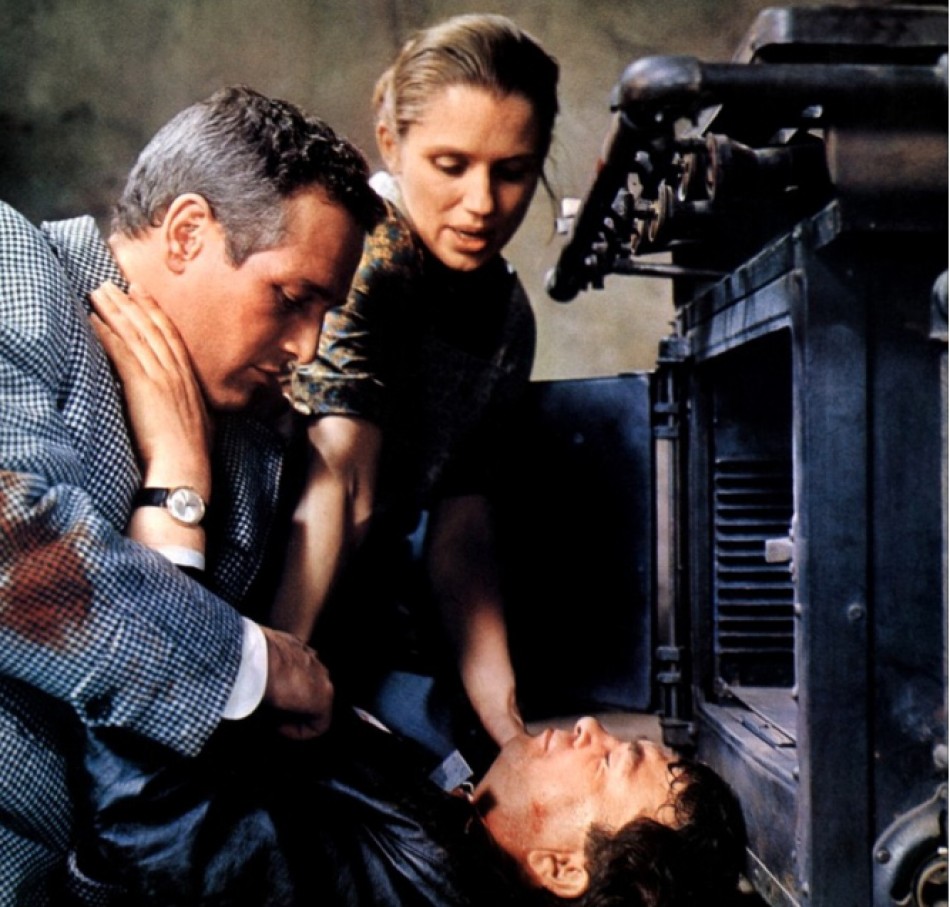 Where Torn Curtain does do well is in its editing, performed here by Bud Hoffman, and as is typical with Hitchcock movies the editing is once again the highlight. The careful buildup of tension in key sequences manifests well – the aforementioned farmhouse fight, in which Newman and a Stazi operative fight to the death, is a perfect example and the only real spot of brilliance in the film – and Hitch’s tried and true methods of developing narrative tautness work well once more, even if the film remains disappointingly impoverished. Even in a limited state, the proficiency of storytelling through editing is at times electrifying. Having said that, a sequence late in the film in which Newman’s character has to try and get Professor Lindt to reveal the hitherto unrevealed does drag on for a long, long time, a misstep in the film’s already stretched sense of pacing. Regardless of the success with story and characters, at least Hitch knows how to make a film sing editorially. 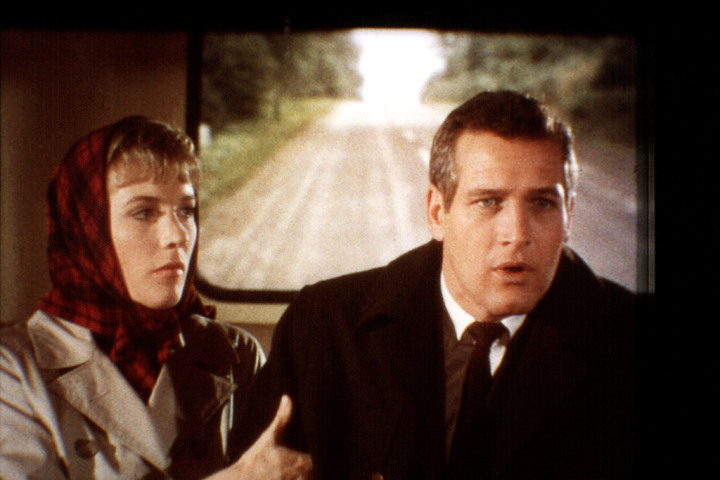 Torn Curtain is a top-heavy example of trying too hard to manufacture success, to capitalise on a popular fad or theme. Dreary settings, dull characters and very silly technical aspirations concoct little alacrity in Hitchcock’s spy thriller genre film, a sullen mess of ideas that fail to coalesce as a cohesive whole. By rights Julie Andrews’ character never should have appeared, the romantic subtext within grinding the film into a slog (the film even begins with the pair in bed, embracing, similar to Psycho’s opening moments – was Hitch trying to replicate his own success?), and if that had occurred maybe the film could have worked more briskly. You feel every moment of its two hour run-time, and not in a good way. Oh, and spoiler alert: there are no actual curtains, torn or otherwise, in this film worthy of the title.