I had a damn fun time with this picture. Admittedly, by choice of hobby I’m acclimated to the sensibilities of Hail Caesar, the latest film from cult directorial superstars Joel and Ethan Coen (O Brother Where Art Thou, Fargo, Barton Fink, Burn After Reading, No Country For Old Men, True Grit) which sees them delve into the period following Hollywood’s “golden age” with their asymmetric wit and sense of sublime peculiarity. Led by a terrific Josh Brolin – who’s having something of a career resurgence of late – and co-starring a high octane ensemble of modern Hollywood’s brightest stars. At times hilarious, at times superbly technical, and altogether a charming, effortlessly entertaining film, Hail Caesar probably won’t find itself among the elite of the Coen’s filmography at the end but it’s exactly the type of inward-looking project Hollywood always does well – an industry in love with itself will always provide quality when depicting themselves, and Hail Caesar is right up to snuff. 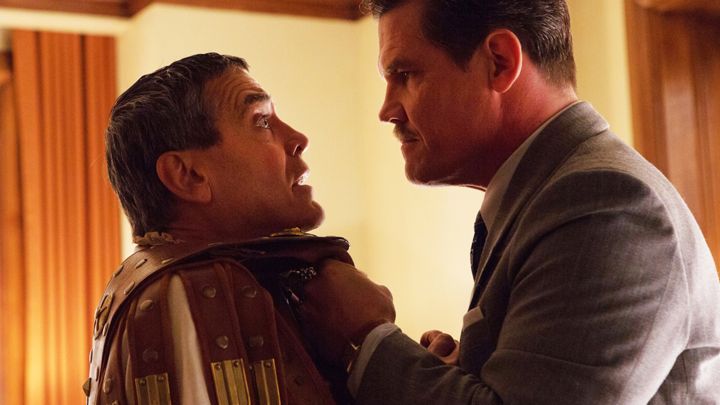 Brolin plays Hollywood “fixer” Eddie Mannix, who runs Hollywood studio Capitol Pictures, trying to keep the infidelities, dalliances and problems of the actors and staff from becoming public, and keeping the studio solvent. Although being courted by the Lockheed Corporation for a job, Mannix becomes entwined on the kidnapping of the studio’s main star, Baird Whitlock (George Clooney), an addled, befuddled man so utterly out of touch with reality, by a group of former film writers seeking remuneration for the profits achieved by the studio from their work. Throw in an illegitimate pregnancy to the studio’s top female star, DeeAnna Moran (Scarlet Johansson), the ineptitude of the studio’s cowboy star Hobie Doyle (Alden Ehrenriech) and the incessant gossip-mongering of twin newspaper columnists Thora and Thessaly Thacker (Tilda Swinton, proving once again that she’s an actress of untapped talent), and Whitlock’s kidnapping soon becomes the least of Mannix’s problems.

Hail Caesar is a film in love with film. Coen regular cinematographer Roger Deakins shot Hail Caesar on actual film (rather than digitally, despite the difficulties of doing so these days) and the movie looks sumptuously radiant; of course it would, given it’s a film about the film industry rent asunder by the advent of television. The Coen’s unique storytelling style is again in full flight, a witty, persnickity fable that stridently reflects on the passage of time (characters continually look at their watches throughout) and delivers the brothers’ trademark snappy dialogue and entendre-laden double-speak with precision and tenacity. 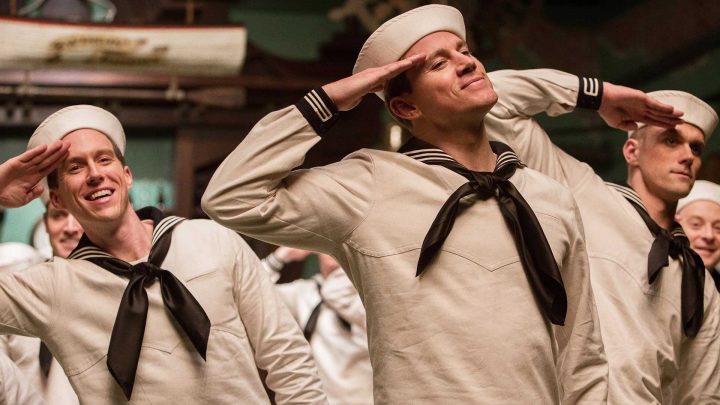 Although based on real people of the time (Mannix was an actual person, although Brolin offers his portrayal as more comedic that realistic) and featuring high quality production value, Hail Ceasar is, like any episode of Seinfeld, a film about nothing. I mean, it dithers and twiddles about kidnapping, communism, immorality, gossip and suggestiveness, and spits out a bunch of sweet little vignettes for the stellar cast to enjoy performing, but aside from seeing Clooney and Brolin mince and swagger through the film with a finesse hitherto unseen, the film isn’t really about much at all. Wafer-thin plotting aside, it’s just a fun peek beyond the Hollywood curtain, to a time of perception being “managed” by the crumbling studio system (whereas now it’s all over Twitter) and I suspect out there in the real world Hail Caesar will primarily appeal to cinema fans (such as myself) more than casual film watchers. Those casual film watchers will probably come away from this wondering what all the fuss is about.

Clever cameos to spot include Wayne Knight as an unnamed extra involved in Baird Whitlock’s kidnapping, Frances McDormand as a film editor, former Highlander star Christopher Lambert as a director with an unintelligible accent, Clancy Brown as a fellow actor alongside Whitlock, and former Vicar Of Dibley star John Bluthal as a vaguely Einsteinian Hollywood writer. And the sexual tension between Johansson and Wolf Of Wall Street star Jonah Hill… well, that’s something to behold! Hail Caesar is so filled with quality actors I’m actually surprised it didn’t run for five hours and feature more monologues than a TED Talk playlist. Nobody puts a foot wrong, either; this isn’t an ego film in the sense that each actor tries to out-act the next, but everyone involved fits snugly into their assigned role and – as a good actor should – vanishes into the part. Kudos to all! 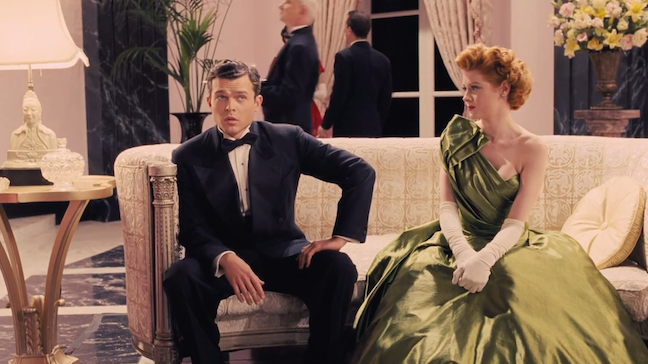 As I’ve often found with a Coen film (not that I’ve seen them all, mind), the brothers don’t often spend time “building” a world to introduce to you, they just plonk you into a story already in progress. Hail Caesar feels like an old English farce at times, almost pantomime in its slickly produced precision and wit – the film features a terrific musical number by Channing Tatum and a group of horny sailors dancing around a low-rent bar, which made me laugh out loud the most – but you never get to know the characters much beyond their superficiality. Is this disappointing? Perhaps, but not when the Coen’s keep delivering cameo after cameo in a manner that feels justified by the “busyness” of the film business. The film’s rapid-fire patter of dialogue and enthralling cinematography, not to mention a delightful Carter Burwell score, are like a genius combo of milk and honey for your eyes and ears, a loving homage to film and a low-key comedic diamond.

I loved Hail Caesar, mainly because I adore films about the film industry, so I’m biased in this respect. Hail Caesar definitely wouldn’t rank in the brothers’ elite projects, but even a mild Coen production is something to savour. It’s like a palette cleanse after a diet of too much sugar and sweet; Hail Caesar’s piffling plot and unrestrained sense of fun is literally the most understated fun I’ve had with a movie in ages (moreso than the trainwreck shit put out by the likes of Apatow, McCarthy, Sandler and their lowbrow ilk) and I recommend it purely as an exercise in self-aware silliness that demands little, offers a bit, and rewards the accepting. I had several nice chuckles, and smiled throughout.