Principal Cast : James McAvoy, Michael Fassbender, Jennifer Lawrence, Nicholas Hoult, Sophie Turner, Tye Sheridan, Alexandra Shipp, Kodi Smit-McPhee, Evan Peters, Jessica Chastain.
Synopsis: Jean Grey begins to develop incredible powers that corrupt and turn her into a Dark Phoenix. Now the X-Men will have to decide if the life of a team member is worth more than all of humanity.

The last gasp of major Hollywood studio 20th Century Fox before their absorption into the media conglomerate that has become Disney, the grand finale of the studio’s problematic X-Men franchise leaves not with an almighty bang but with a confused, ill-fitting whimper. Problematic, because the studio steadfastly refused to engage proactively with it throughout its embryonic years (remember The Last Stand? Yikes) or even its adolescence (hell, that shitty Ryan Reynolds Deadpool in X-Men Origins still brings a tear to my eye), and the fumbling throughout its renaissance and subsequent dive into mediocrity again (Apocalypse wasn’t well received, after the triumph of Days Of Future Past), it leaves us with this dirty, flearidden dirge of a thing called Dark Phoenix. It seems the X-Men’s single biggest enemy isn’t Magneto or failing box office returns, but 20th Century Fox itself. Perhaps it’s with some relief the property has now reverted to Disney’s control? That remains to be seen. 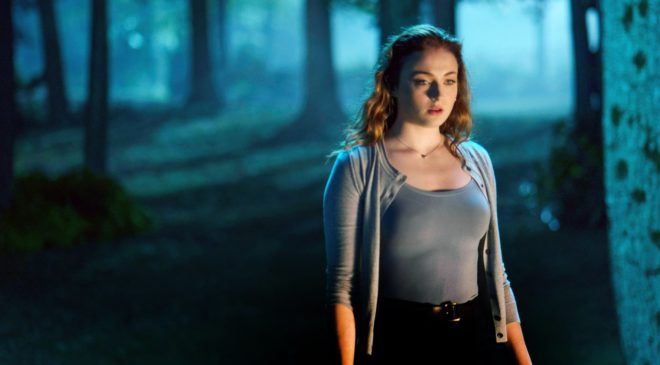 It’s the early 90’s, and Professor Charles Xavier (James McAvoy) continues to include mutant students at his school for the gifted, also the home of the secretive X-Men, a collection of powerful superhumans whom the government calls on to salvage the near unsalvagable disasters. When a mission to rescue astronauts aboard the Space Shuttle from a massive cosmic fart cloud goes wrong, resident psychic Jean Grey (Game of Thrones’ Sophie Turner) ingests a power she was never meant to control, a power that turns her into a dark force against whom not even the most powerful mutant beings, including Magneto (Michael Fassbender) or Raven (Jennifer Lawrence) can win. AS she seeks out the answers to the questions hidden by Xavier’s pre-pubescent mental meddling, Jean is also pursued by a malevolent alien invasion force, led by Vuk (Jessica Chastain), who seeks the power for her own nefarious reasons.

Dark Phoenix is a mess. In his debut as director, writer and all-round Hollywood stalwart Simon Kinburg fights not only a weighty ensemble with disparate story points to cross off and arcs to conclude, but also audience expectation when the word “Phoenix” is brought into X-Men discussion, as well as other studio wrought problems not of his making. As a writer on the franchise for much if its troubled history, through success and failure, Kinberg had a lot to offer in terms of continuity and a sense of authorship over what would prove to be the finale of Fox’s tenure controlling the mutant group, following the critical disaster of the previous instalment, Apocalypse, directed by then in-favour Bryan Singer. With Singer’s departure from any new X-Men film in the wake of the accusations of impropriety and sexual assault pending against Singer, Kinberg stepped in to helm the film as a virtual pinch-hitter. It’s a difficult proposition for a first-time, unproven director to step onto a major Hollywood blockbuster set and hit a home run right out of the gate, and Dark Phoenix proves why. 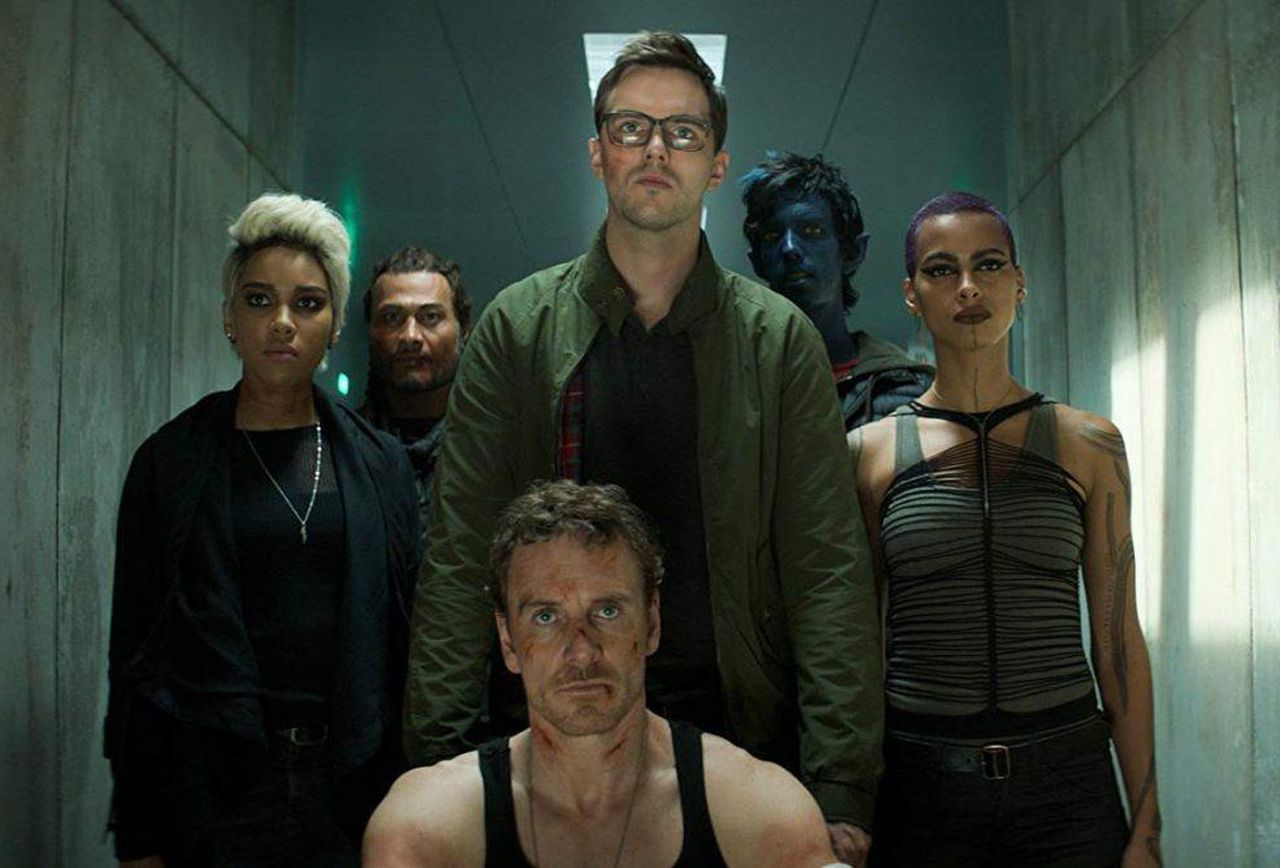 It’s a bloated, ill-fitting mess of a movie, a film trying to wrangle its competing motivations and expectations into some kind of enjoyable whole but somehow missing the mark in almost every respect: from the disastrous choice of Turner to inhabit the role of Jean Grey, with the actress unable to grapple successfully with the intended internal emotional weight of the script as well as deliver a watchable line of dialogue without it sound like some grade-school play reading, to the miasma of whatever the hell they were thinking with Jessica Chastain’s entire arc of being some weird aliens chasing a space cloud of pink power, to the lacklustre conclusion to the dynamic schism between Fassbender’s Magneto and McAvoy’s Xavier, who have always been two sides of the same coin. A lot was lost in the transition from script to screen, methinks, with the film trying to eke out more of the franchise’s sense of wariness at human deception and retaliation whilst finding the bludgeoning action setpieces feel more and more routine as the movie wears on. The climactic train-set finale, which was not part of the original script and forced upon Kinberg after shitty feedback from test audiences, causing the final third of the film to be reshot, is a fruit salad of cool “hell yeah” moments mixed with overkill and gratuity, a far cry from the clever scale of Singer’s Days Of Future Past or even Matthew Vaughn’s Cuban Missile Crisis evocation in First Class. Even when the film thinks it’s being shocking by killing off a major character (hint, she’s female, blue skinned and has obviously hated her contractual obligation to the franchise since winning all those Oscars or whatever) you get the sense that it’s all just noise, a load of meaningless codswallop overblown by a director out of his depth. 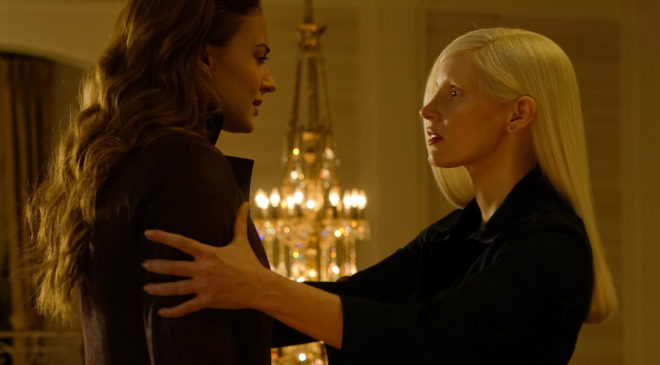 One of the more enjoyable aspects of the more recent X-films – from First Class onwards at least – has been the dynamic relationships between the younger actors playing their famous roles. McAvoy turned Charles Xavier from the mysteriously pompous Patrick Stewart variety into a human being troubled by his iniquity, whilst Fassbender has turned Magneto into a far more complex character than Ian McKellan ever had the chance to. Tye Sheridan as Cyclops, Nicholas Hoult as Beast, Alexandra Shipp as Storm, Kodi Smit-McPhee as Nightcrawler, and Sophie Turner as Jean Grey have all had several films to distance themselves from their more famous elders in those roles (Storm originally went to Halle Berry, Alan Cumming played Nightcrawler, Kelsey Grammar played Beast, James Marsden played Cyclops, and of course Famke Janssen was suitably cool as Jean Grey alongside Hugh Jackman’s Wolverine) but this film never once tries to play upon established character beats or interplay, consigning many of the ensemble to simplistic supporting roles of no substance. This is a shame, given the franchise’s focus on our differences making us stronger as a team, and it’s here that Kinberg seriously drops the ball. He turns Xavier into a whiny, short-sighted asshole, Fassnender’s towering Magneto into a sharply dressed hermit, and the once-awesome shapeshifting Raven/Mystique into a pouty, can’t-wait-to-finish-this-off Jennifer Lawrence, who should have been replace three films prior. And at the very least all the previous reboot films had an element of operatic tragedy to them – from Magneto’s Nazi-themed origin story and subsequent internal humanistic conflict, to Raven’s pre-teen orphanage, to Storm’s sudden switch of allegiance in Apocalypse, there have always been grand sweeps of human tragedy and counterweight to the franchise’s overriding theme of humans fearing that which is different. In Dark Phoenix, the subtext is muddied significantly, whilst Jean Grey’s origin,  being desperately sad in some respects, isn’t handled with the appropriate level of care to engender sympathy from the audience. Her relationship with Xavier, once a keynote aspect to the previous films, comes unstuck badly in Dark Phoenix. 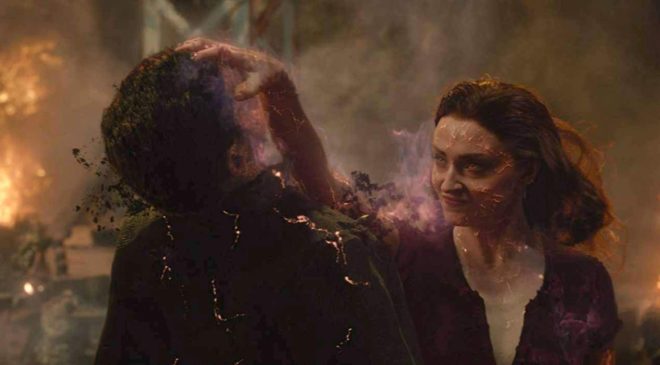 X-Men: Dark Phoenix is in many ways a blessing and a curse to a once-great superhero property. On the one hand, Fox’s indifferent treatment of it’s golden egg-laying goose continues to boggle the mind, and frankly I’m glad these great characters are no longer under their purview. On the other hand, Dark Phoenix’s astonishingly terrible production woes and Kinberg’s manifestly out-of-his-depth direction (there’s a few nice moments, but on the whole the film is pretty blah) have produced a film that kneecaps itself out of the gate and continues to flog the dead horse well after the audience has tuned out. Some nice visual effects cannot salvage much other than to satisfy the “ohhh look, pretty lights” crowd and even then those will be few in number for this debacle. On a scale of one to ten, this ranks about on par with X-Men Origins: Wolverine and sends the franchise off to Disney with my very best wishes.