In 1924, the debut big screen appearance of Peter Pan, JM Barrie’s eponymous “boy who never grew up”, soared into cinemas and captivated audiences across the globe. Continuing the long-running legacy of having the title roles portrayed by a female performer (a contrivance that always struck me as dumb for the sake of dumbness), Herbert Brenon’s rendition of the classic story (well before Disney’s animated film subsumed all conversations thereafter) is a delightfully fun and frilly affair, lacking not for childlike glee and a simplicity of story modern cinema seems adverse to tackling. The film was notable for the debut lead performance of Betty Bronson, who would go on to appear in a number of big-budget silent films of the era, including the 1925 version of Ben Hur and A Kiss For Cinderella, as well as the appearance of Chinese-American actress Anna May Wong, playing the Native American role of Tiger Lily. 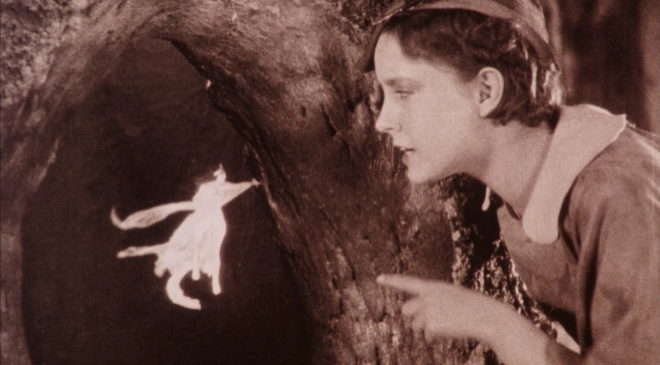 The Darling children, Wendy (Mary Brian), John (Jack Murphy) and Michael (Phillipe De Lacy) are stunned to find the mischievous imp Peter Pan (Betty Bronson) entering their nursery window, and whisking them off on an adventure to Neverland. The children’s parents, Mr and Mrs Darling (Cyril Chadwick and Esther Ralston respectively) are initially unaware of their children’s absence, although their dog, Nana (George Ali), with it’s amazing intelligence and dexterousness, attempts to prevent their departure. Whilst in Neverland, Peter, Wendy, John and Michael encounter the rag-tag Lost Boys, and parlay with evil villain Captain Hook (Ernest Torrence), who wishes revenge on Peter and an enormous crocodile, whilst the delightful fairy Tinker Bell (Virginia Brown Faire) plays all manner of tricks. 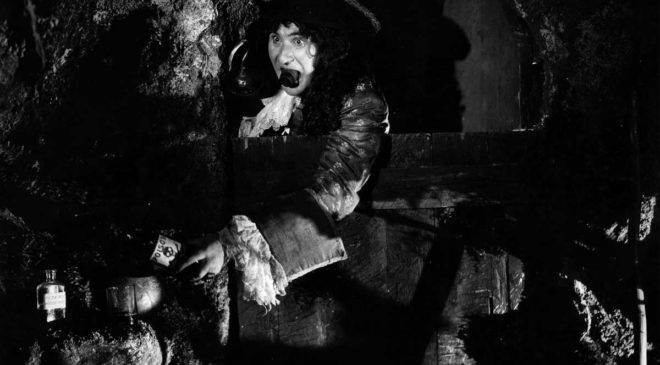 If there’s one thing I’ve learned over the last five or six years of watching an increased number of silent films, is that the early silent era was an entirely weird and strange Hollywood beast than that with which we’ve become accustomed today. Peter Pan is the film that introduced me to the phrase “animal impersonator”, a specific kind of puppeteer who dressed in a specific animal costume and played a role on stage or screen much like any other performer might a human being. George Ali, credited with performing both the role of Nana, the Darling family dog, and the Crocodile who once ate Captain Hook’s hand, was a long-time veteran of such roles, often known as “the skin game”, where he would costume himself up to appear as some kind of animal and then take on the performance characteristics of said creature – often to horrifying effect. To be honest, Nana the dog in this is a monstrous horror show, oversized and blessed with the most terrifying visage on a dog you’ll ever see, and became most distracting almost all the time it was on the screen. So there’s that. 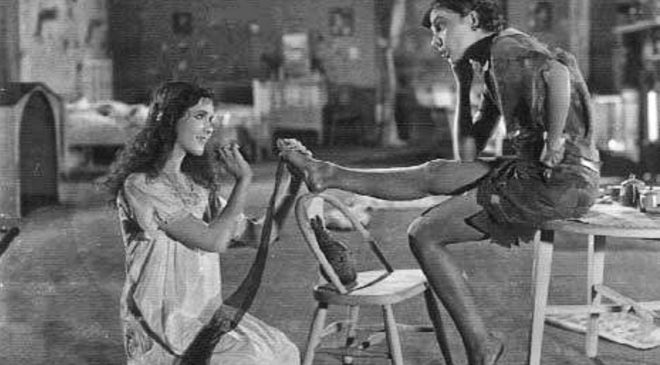 The heartwarming nature of Barrie’s original stage play is kept virtually intact by director Herbert Brenon, from a script by Willis Goldbeck and lensed by legendary cinematographer James Wong Howe, a pioneer of the industry (and eventual two-time Oscar winner) despite the personal trials a man of Chinese heritage would face in the United States at the time. The film feels stagey, very much in keeping with the silent era’s glib use of plays as already-conceived screenplays that could transition to the screen more readily, and one of the charming aspects of how closely it follows Barrie’s writing is its simple, elegant choreography and use of locations. The film’s opening act occurs entirely within the Darling children’s nursery, before we’re whisked off to Neverland, where the film’s brilliant visual design is captured with a startling sense of vivacity. The appeal of Bronson, as Pan, and Mary Brian, as Wendy, is enthralling, if a a touch weird by today’s standards given one of them is a girl with a boy’s name, whilst the adults of the film play alternatively distant or abusive or evil parts. 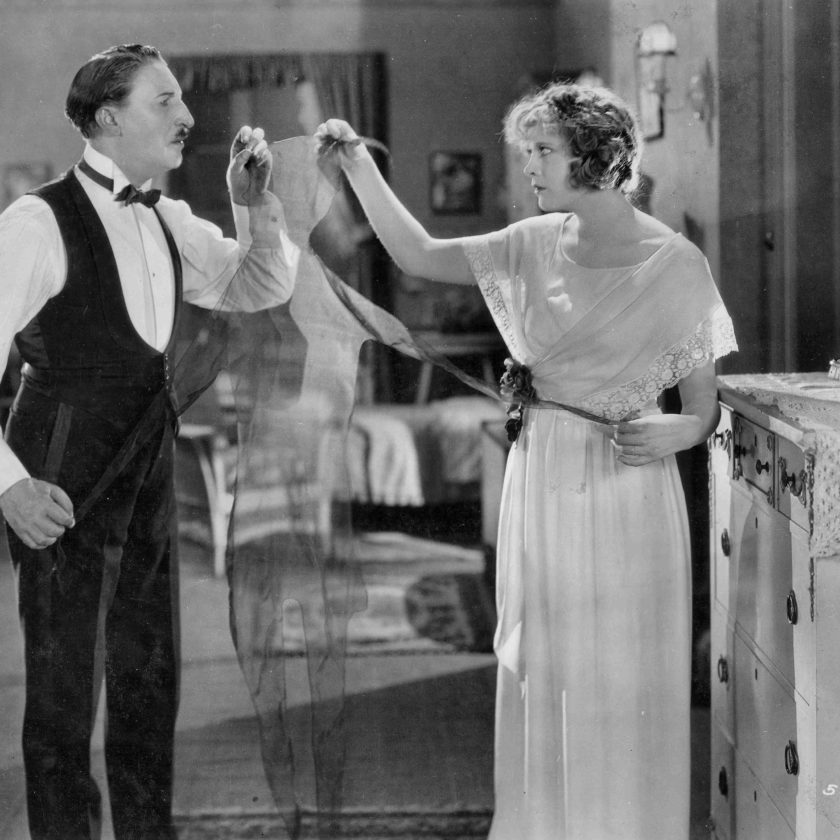 One of the more controversial aspects of the time was the casting of Anna May Wong as Tiger Lily, mainly because she was of Chinese heritage playing a Native American role. Back in the day I’d imagine it was more controversial because she was an Asian-looking woman with a leading role, and less because of the obvious racial confusion of an Asian actress being given the role of an American Indian child: before you get all up in arms about this and refuse to watch Peter Pan’s ill-fitting cultural appropriation and racial stereotyping, keep in mind the era in which the film was made came well before Disney’s far more wretched and ill-advised Song of The South, and so one should remember the prevailing thinking of the day doesn’t reflect current mores. Wong is actually pretty sweet in the role, fierce and determined, compared to the far more sugary uplifting style the British Darling children give us. Bronson, as Pan, is a true gem, and it’s a shame her star never really gathered much momentum in the years that would follow; she’s delightfully mysterious and impish, with her relationship with Tinker Bell being the most gleefully enjoyable aspect of the part. 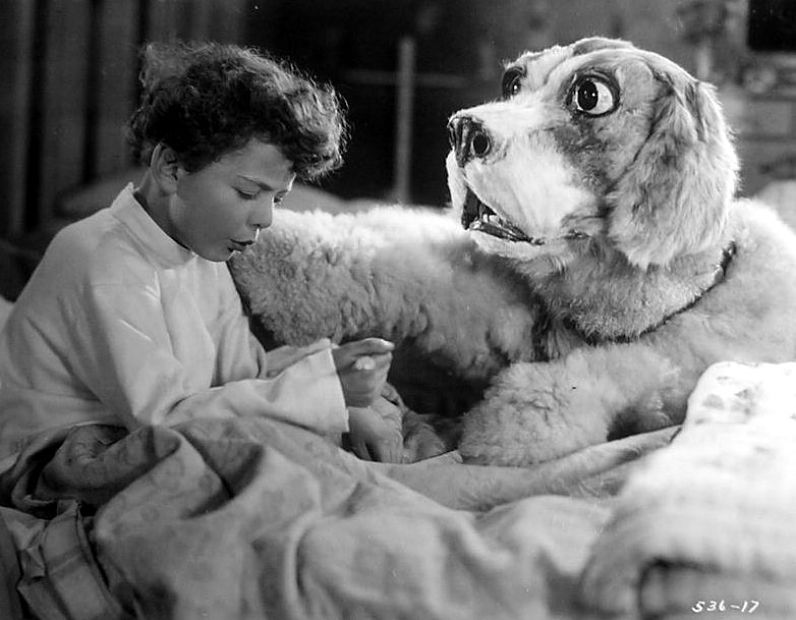 Although the quality of the film image I watched was poor, the technical virtuosity and film-making skill on offer with this 1924 silent production remains astonishing. People fly through the air (on wires, y’all, but it still looks amazing) across amazing sets and through for-the-period opulent production spending, and the practical visual effects on offer are still fun to enjoy despite their now clunky appeal. The subtext romance between Peter and Wendy feels a touch creepy, although unrequited and definitely non-explicit in any way, but the overall tone of the film is wholesome, heartwarming, family fun. Peter’s lament over his lost adulthood contrasts wonderfully with the Darling family’s effervescent approach to life, and Barrie’s central themes remain strongly central to the story. So grab a thimble, chase your shadow, and fly out over the clouds to Neverland with this delightful, occasionally horrifying, nicely performed version of Peter Pan, a silent classic that stands the test of time.