Entertaining, yet narratively diabolical, follow-up to the original X-Men trilogy, X-Men Origins: Wolverine suffers too much from a case of bending the story to suit the historical facts of the previous films. By being required to conform to the story set out in the Singer/Ratner films, director Gavin Hood finds himself curtailed in his ability to explore the character too much; essentially, whatever the film is about, we all know that eventually Logan (for that, if you’ve been watching, is Wolverine’s name!) has to gain amnesia, find himself interacting with other mutants, and obtain a skeletal structure made from adamantium, the hardest known substance on the planet. And, truthfully, Hood ticks all the boxes. The mandatory triple-claw sequences scattered throughout the film, as well as superfluous and unnecessary fight sequences between characters with little (or no) development, ensure that Wolverine goes down as merely overdressed nonsense, like Daredevil and Elektra before him. 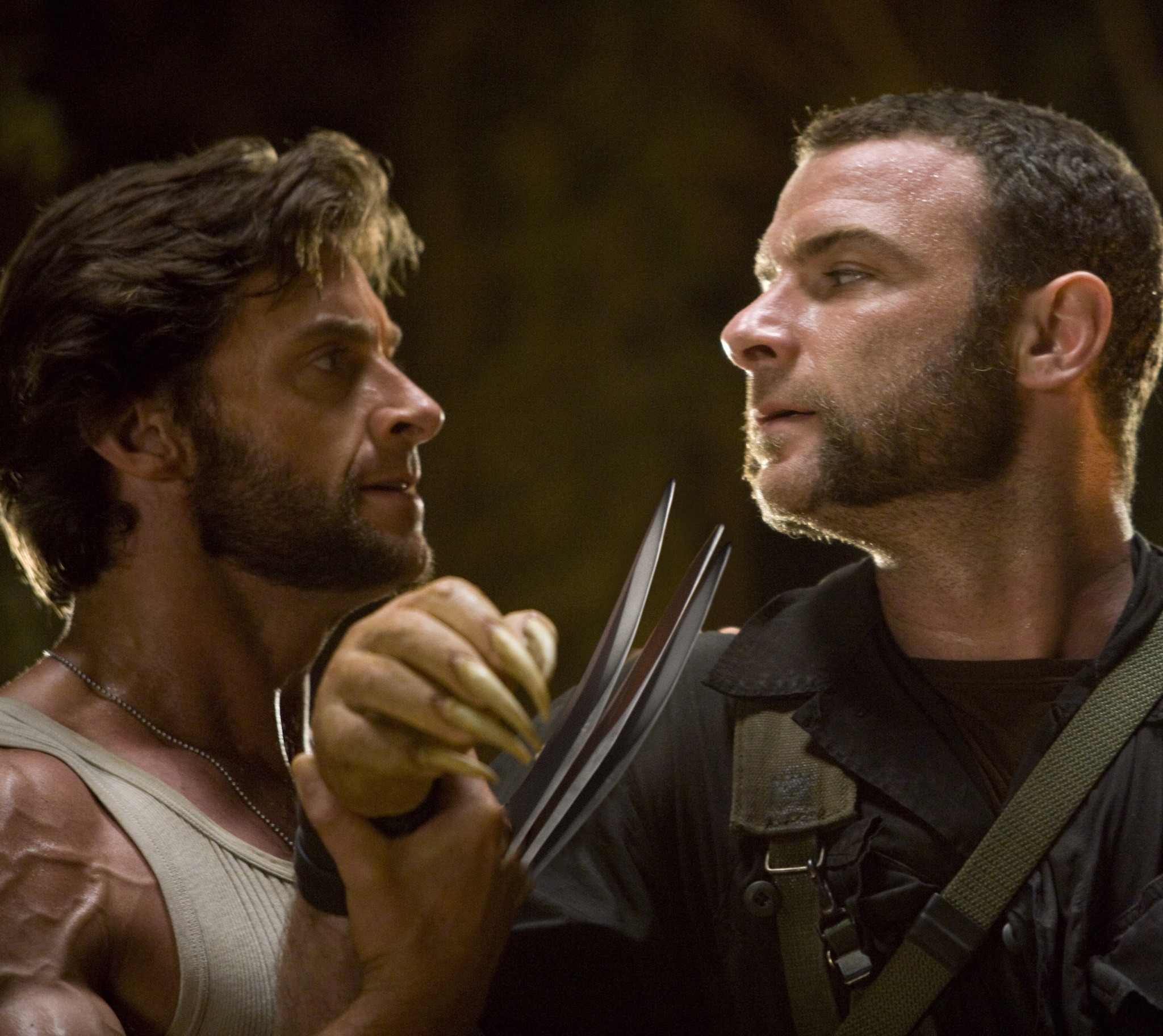 The character of Wolverine is one that’s endured for decades, from his earliest manifestations in the Marvel Comics universe, to the more recent cinematic triumphs of the aforementioned Singer/Ratner combos, all of which ranged from excellent to above average. Here, Gavin Hood is given the unenviable task of trying to bring together a script written by somebody with the mental age of a six year old and try turning it into a film with depth. It’s an impossible, herculean task, and one that Hood simply isn’t up to. The enormous weight of expectation preceding this film is completely shattered by what can only be described as a complete waste of your time. 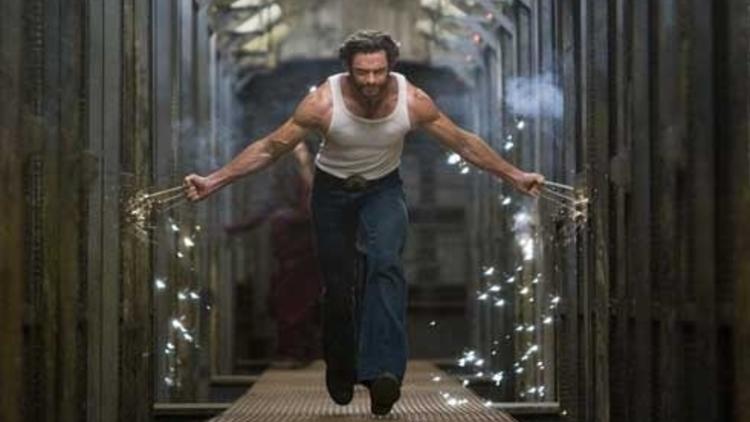 Wolverine (Jackman) and his brother Victor (Schreiber) are both mutants, each with the ability to survive death due to their body’s natural resistance to harm. They don’t ever seem to age, living through the late 19th and early 20th century becoming engaged in various conflicts (the US Civil War, both World Wars, before being executed for disorderly conduct during the Vietnam war) before they are recruited by a government agent William Stryker (Danny Huston) to hunt down a mysterious meteorite which has landed somewhere in the Vietnamese jungle. When the group they are with, including a number of other mutants, become extremely violent to get what they want, Logan abandons the cause and flees, leaving Victor behind. Years later, Stryker returns to inform Logan that somebody is hunting down and killing his former team-mates, and this leads to Logan’s girlfriend, Kayla, being murdered by Victor. Vengeance fills Logan’s heart, and he sides with Stryker to obtain an upgrade to his body, a transfusion of a strange metal to his own skeleton that will make him even more indestructible, and more powerful, than ever before. When Logan realises that he is double-crossed, however, and that Kayla is really in the employ of Stryker for his own ends, Logan goes on a rampage, in order to find the truth. There are a number of key issues in Wolverine that cause it to be a less entertaining film than it otherwise could have been. First, the fact that the story had to, just had to, conform to the history and timeline of the previous X-Men films, and their characters, means that there’s almost no flexibility in telling this story from a continuity perspective. Hood is left with almost no possible outcome for the film’s conclusion, a wobbly, mis-constructed “how do we get Wolverine into the situation he finds himself in at the beginning of the original X-Men” sequence that serves merely to close the circle on the film series. The let-down of this resolution, and the somewhat cavalier way that it’s shoehorned into the films concluding act, makes any tension the film may have had evaporate like a puddle on a hot day. Second, the lack of decent scripting in this film, a more comic-booky feel to the movie, hamstrings what could have been a great dramatic arc degenerate into a merely average one at best. The tension between Logan and Victor, as brothers, and their gradual emotional splitting, could have been the real crux upon which this film would have been built, yet this natural storyline is never fully explored. Jackman and Schreiber seem merely brothers in character only, almost as if they are going through the motions of being so, which is hard due to the calibre of both performers to really nail a scene. Schreiber’s character, Victor, was portrayed by a completely different actor in X-Men, Tyler Mane (the big shaggy one), and there wasn’t (to my knowledge) a tip of the hat to this, or any real sense of connection between the two films. 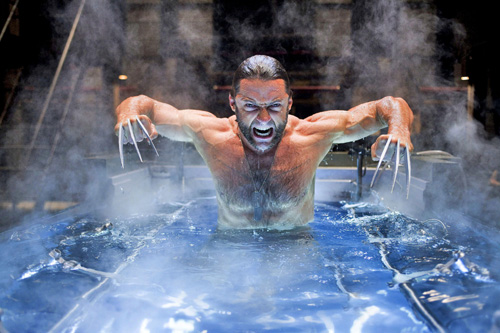 But the biggest caveat to the film would have to be the 2 dimensional characters that flood the film. Truthfully, I probably don’t know enough of the X-Men world to appreciate and understand all the little Easter eggs in the film, and I certainly don’t claim to be the franchise’s biggest fan. But as a decidedly non-fanatic, I expected to be at least entertained. I was, but only by the barest of margins, and as a film, this certainly isn’t a great one. The plethora of extra characters, including Gambit and John Wraith (an impressive film debut by will.i.am) all appear to be quite higgledy-piggledy, added with no sense of forethought or narrative logic: they exist merely to exist, and this reduces their screen power, if you will. A charming scene with Logan escaping the military fortress where he gathers his new adamantium skeleton, and ending up naked and freezing in a farmers barn, is handled with the most astute delicacy by Hood, until the obligatory explosion and shock deaths made for a most engaging Wolverine-versus-helicopter sequence. This is as close to a true family scenario as Logan has had in years, and it all comes crashing down quite brutally, obliged by Victor and the military. An enormous fat dude, who takes most of Logan’s best punches, seems the most unintentionally hilarious character, although the way Hood directs these scenes it appears that wasn’t meant to be the case. 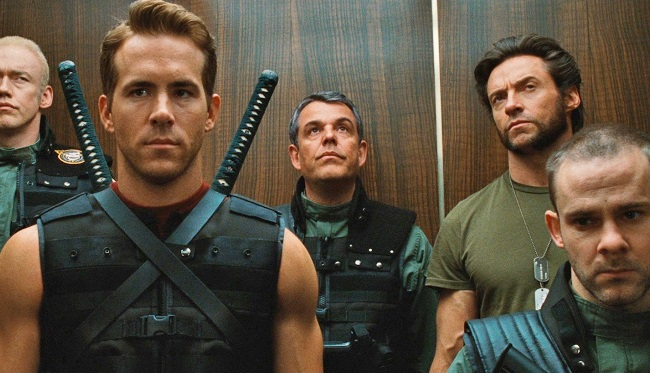 On the plus side, there’s a lot to be said to Jackman’s portrayal of Wolverine. He’s a magnetic screen presence, the camera loves him and he has nailed this character so well it’s hard to see anybody else doing better. Jackman is deservedly applauded for bringing true emotion and grit to what is, essentially, a formidably violent character, and makes us love watching him tear bad guys to shreds. There’s a moment, when Stryker temps him with added power, where Wolverine swears he’ll do what’s required, no law, no rules, that you just know somewhere, somehow, the enemies of Wolverine just shat their pants. Jackman is such a good actor that he almost rises above the mediocrity that surrounds him in this film: almost. Yet for all his immense screen talent, Jackman is in constant flux with the one thing he can’t control: the actual script. Forced to deliver lines Bryan Singer wouldn’t crap on, Jackman is reduced from a great actor portraying a wonderful character, to a great actor being embarrassed by the cheesy, one-note humour of talentless scripting hacks more in tune with pre-teen children than modern cinema audiences. The fact that David Benioff and Skip Woods got paid to deliver a script like this is sheer stupidity. This script is a diabolical mess, and it reduces both Jackman, and the film as a whole, to a sodden waste of time. 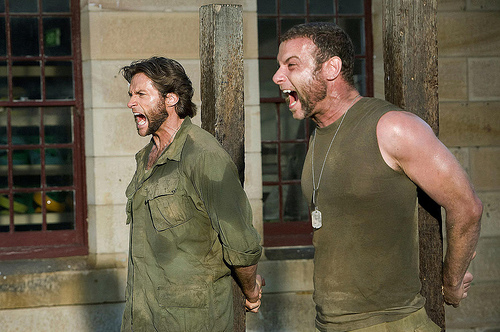 Look, as a film event, Wolverine is sure to remain a slight speed bump in Jackman’s career. He’s made worse than this *cough* Kate & Leopold *cough* and it hasn’t done him any harm. I just wish that he’d do a film that would do his acting ability some justice, a really meaty dramatic part that stretches him as an actor, rather than simply resort to action/adventure charm-school fare that makes him such a hit with the ladies. I know he was good in Australia, and The Prestige showed glimpses of his talent, however I think he’s got so much more to show us than simply doing another Wolverine film. Give the claws a break Hugh, and take on a more challenging, intellectually stimulating role. Wolverine is a limp, half-assed entry into the X-Men canon, and one cannot help but think that this might just be the nail in the coffin for the extraneous ensemble films for the series for the moment. It’s entertaining on a level only attained by the aforementioned Daredevil, which is to say, it had so much potential that was just never fully realized. Daredevil could have been an awesome film, yet, it wasn’t. Wolverine, for all it has going for it, is strangely inept and completely devoid of real, dynamic emotion. Not as bad as Ghost Rider, and not as good as The Incredible Hulk, Wolverine is merely adequate, although barely that in itself.