What this? An American remake of a foreign-language film directed by the original filmmaker with a higher budget and some considerable star wattage? Sure, sign me up. Hans Petter Moland, a noted Norwegian film director with connections to Hollywood through the Skarsgard family, steps up to bat for his English-language film debut with Cold Pursuit, a remake of his own 2014 film In Order of Disappearance, which then starred Stellan Skarsgard and the late Bruno Ganz, and here stars Liam Neeson, Laura Dern, Emmy Rossum and the wonderful William Forsythe. As far as black comedic revenge thrillers go, there’s certainly better out there, but Cold Pursuit’s obsidian wit and Neeson’s growling central performance (although he’s absent for large chunks of the film’s latter stages) make for engaging viewing that, had the editing been a touch tighter, would have made this film an outright classic. 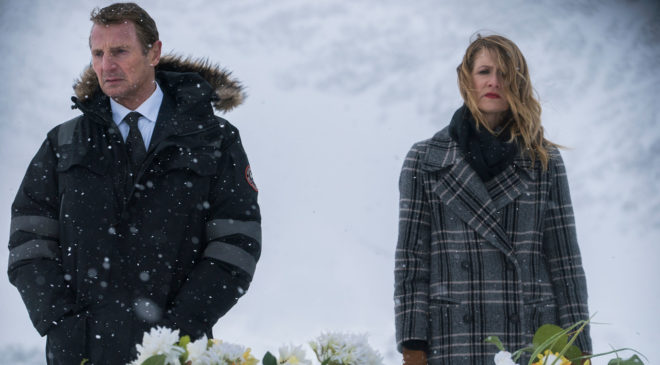 Neeson plays the unfortunately named Nels Coxman, who drives a snowplow for the ritzy yet isolated resort town of Kehoe, Colorado, where he has just been named “Citizen of The Year”. His son, Kyle (Micheal Richardson) meets an untimely end after a botched drug delivery for local druglord Trevor “Viking” Calcote (Tom Bateman), and both he and his wife, Grace (Laura Dern), are suitably devastated. Instead of waiting for the wheels of justice to turn, Nels tracks down the lower ranked gang members who supplied his son with death, working his way through Viking’s men until an unwitting crossing of paths with American Indian gangsters, led by White Bull (Tom Jackson), whose own son is murdered by Viking by mistake. When Nels kidnaps Viking’s young son in order to draw the criminal kingpin out, things suddenly go from bad to worse. 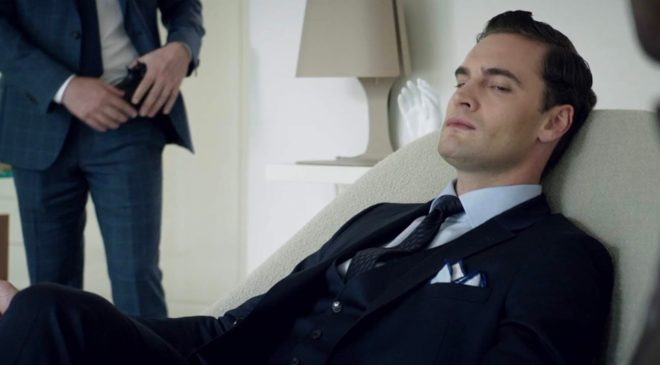 Cold Pursuit plays a little like a mix of Fargo, Neeson’s A Walk Among The Tombstones, and a bizarre farce in which people are butchered in all manner of unique methods. Neeson, in the crucial role of instigator of the quest for revenge, personifies the film’s ubiquitous Everyman anti-hero, a normal man pushed into abnormal acts through grief and rage, and he does solid if undemanding work in the part. Second-billed Laura Dern appears for a grand total of three scenes before her character is written out, while the bulk of the film’s jet-black comedic moments are derived from the bumbling, inept rantings of Tom Bateman’s criminal overlord, Viking, whose henchmen range from third-tier Eurotrash to outright vaudevillian teeth-gnashing silliness. Whereas Neeson plays things utterly straight (albeit with an absurdist bent) the film’s villains provide a lot of the over-the-top campy trashbags that thrust Nels Coxman into frame. It’s a weird juxtaposition, this film, as if Mel Brooks were asked to direct John Wick via more subtle means than he usually provides, and I admit I chuckled a lot at the ripe absurdity of it all. Clever writing helps, too. 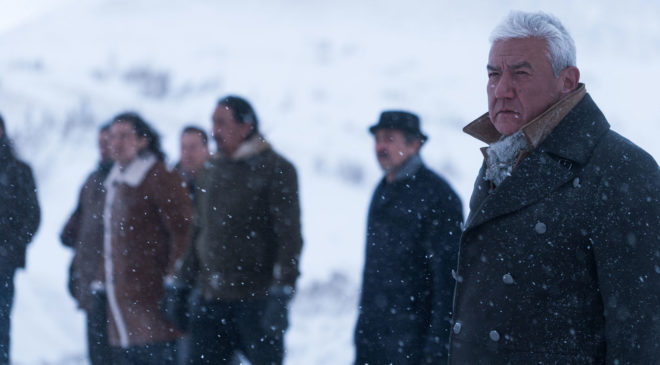 Indeed, the tonal difference between the dark plot and the ironic humour within a lot of the film’s funnier scenes is delicately poised like a house of cards to collapse at any moment, but to his credit Hans Moland’s deft direction prevents utter ruin from descending. Neeson’s character disposes of each of his victims by tossing them to the bottom of a massive waterfall, and you can almost hear the twang of a Deliverance-style banjo playing in your mind’s eye each time. Accompanied by title cards RIP-ing each deceased character (sometimes more than one at a time), Cold Pursuit’s gradually rising body count and snowbound isolationism feel a little too reminiscent of the recent Jason Momoa flick Braven, only with a lot less abruptness and plenty more wit. The violence is brutal – beheadings, pulverisations, shotgun blasts and flat-out old-timey beatdowns aplenty here – and unforgiving, although to a disappointing degree the film somehow avoids focusing enough on a single character’s throughline to make an emotional statement work. The large ensemble all have their moments, in particular the criminally underused and utterly wasted Emmy Rossum and John Doman as the resident Kehoe law enforcement tasked with solving the mysterious spree of killings, and everyone gets a splash to gnash their teeth and growl into the lens and generate cool trailer-worthy moments of gleeful abandon, and to a point it mostly works. 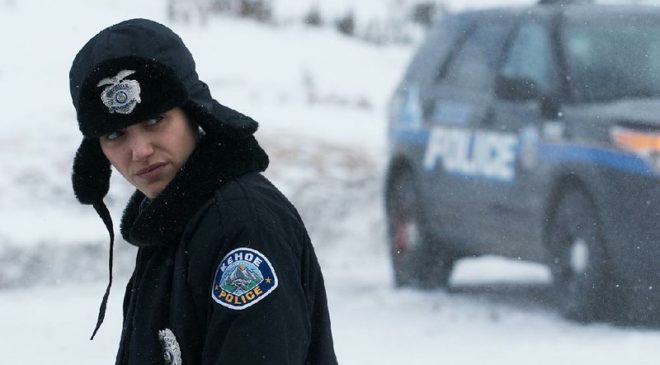 Where things fall away a little is in the film’s climactic third act, in which a third party hitherto unseen, the American Indian drug gangsters, who provide requisite grit into everyone’s well-laid plans, suddenly arrives. The pacing slows somewhat to develop this sudden tangent, and the extraneous characters and attempts to widen the scope of Nels’ predicament feels uneven and at odds with already established story and character work. It doesn’t ruin the film, but it does bring things to a bit of a halt, and suffocate the electric zing the previous hour or so has done well to generate. Smaller roles to William Forsythe, as Nels’ brother Brock, the wonderful Julia Jones as Viking’s estranged wife and mother of his son, and Domenick Lombardozzi, as one of Viking’s enforcers, are genuinely engaging and provide some nice laughs at the expense of snapping tension, allowing the audience to soak up the sheer silliness of the premise and go with it into utter absurdity. 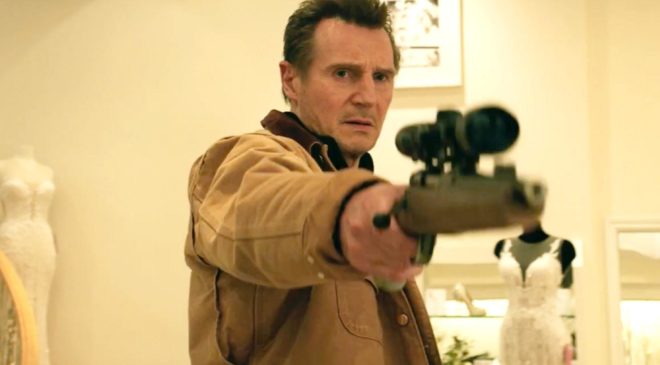 Cold Pursuit ought to have been better. After all, it’s the director’s second go-round with this story and characters and you’d think he’d have ironed out the kinks by now. I had a blast with most of it, was annoyed by how stagnant it became mid-film, and how little Liam Neeson was in it towards the end (he’s almost a spectator in the film’s climactic gun battle, rather than active participant) but on the whole it’s a very well produced and deftly helmed black comedy thriller that delivers some nice moments of abject violence against a snowy white backdrop of “who… me?” irony. The fact it was a box-office failure shouldn’t put you off investing 2 hours of your life to give it a watch, there will be plenty of you who will soak up the charm and tonal discordance deriving a lot of the gags (if Tarantino directed a black comedy, this would be its bastard child) but I could understand more than a few being left to wonder what all the fuss is about.