I want to talk to you about High Life. It’s a film that will, and has, divided critics in many spheres, from those who whisper adoration into the social media ether to others, of which I am among their number, who cannot fathom what all the fuss is about. High Life is a genuine, fully-realised arthouse space movie, a celebration of kookiness and non-linear storytelling that, for the most part, failed to engage with me in the manner it has with others. It’s certainly a boldly made film, and definitely directed with consummate panache by an auteur director in French helmer Claire Denis, but for the life of me I couldn’t enjoy it. I’d describe this experience as anti-enjoyment, such was my visceral reaction to it in a negative manner. If striking a reaction of any kind was Denis’ intent, she’s certainly achieved that and more, but as the film’s scrounging plotting and unlikeable characters wore me down I came to the conclusion that this film – and this is a rarity to admit – just wasn’t for me.

In the future, humanity decides to send members of the criminal population into space in giant box-shaped craft to conduct experiments upon themselves, all the while hurtling into the depths of space with no possibility of return to Earth. One such craft, inhabited by murderer Monte (Robert Pattinson) and Dr Dibs (Juliette Binoche), is approaching the event horizon of a black hole, and as the rest of the ships ensemble begin to fray emotionally, the stakes for survival rise ever higher. Monte, who as we learn through the film’s non-linear narrative, is caring for his genetic daughter Willow (played by several children but as an older teenager by Jessie Ross) and struggling to come to terms with being a father aboard a craft destined for destruction at any possible moment. 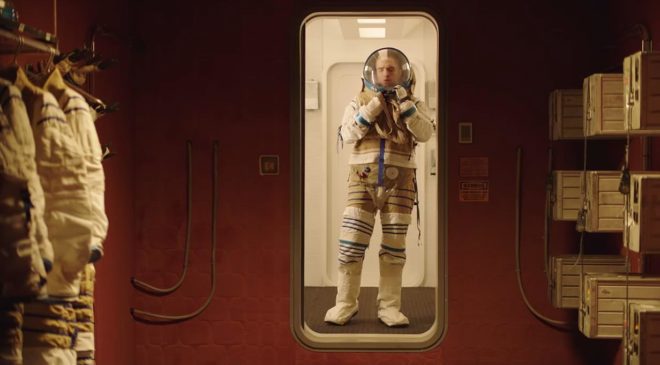 Make no mistake: High Life is a film of a particular vision. It’s a vision that Denis has carefully constructed, Christopher Nolan-like, to form a gradual reveal of surprise and meditation, and so in many respects it’s a well-made evocation of thematic modernity. That doesn’t make it enjoyable, because for me, High Life was an abhorrent film experience I have no desire to subject myself to again. The film’s squalid setting and thoroughly repugnant characters (including Pattinson’s, for all his ability to try and make empathetic or relateable) just didn’t work for me, and I found myself glancing at my Twitter feed or the stray cat wandering past my window more than I did watching the movie. It wasn’t boring, per se, it just failed to grab me on any kind of intellectual level that made sense; the bewildering praise heaped upon High Life in many quarters is no doubt drawn from the film’s Kubrickian, Space Odyssey-like tone and feeling of obliqueness, that pervading sense that the film is something to be experienced (for good or bad) rather than critiqued in any objective manner. 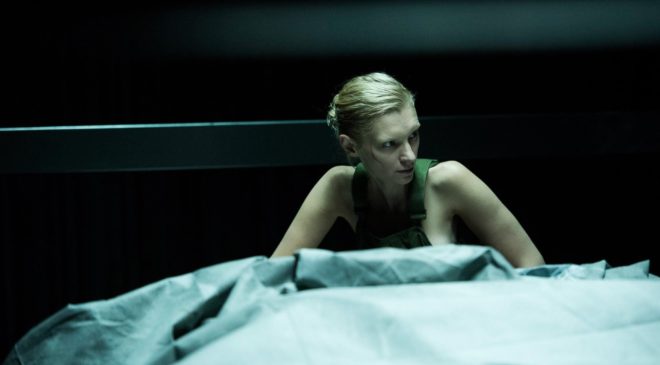 The basic plot isn’t one I was particularly interested in, and that moist French visceral liquidity we’ve come to expect from the likes of Juenet or early-career Besson seems at odds with the overarching thematic material. Written by Denis with Jean-Pol Fargeau, High Life’s onion-layered surprise packages would have worked had the characters had more depth than the broad brush-stroked caricatures on offer – a hoary swag of sci-fi cliches, from tokenistic racial appearances to the degradation of any fishbowl sampling of humanity into ravaging beasts of violence and evil, provide the crux of Denis’ cruel and often darkly menacing endgame – and the dialogue often felt flat and uninspired. Again, this is a film that will divide opinions severely, there’s no room for grey on High Life’s critical evaluation, you’ll either love it or hate it. 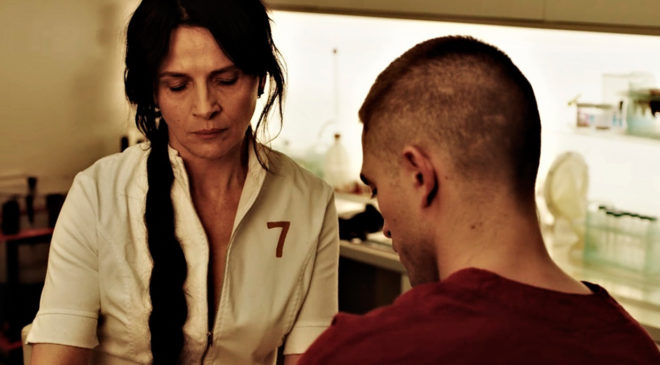 That said, the actors, particularly Binoche and Mia Goth, all do excellent work within the restrictive confines of Denis’ setting and film-making style. Robert Pattinson obviously leads the film but he’s reduced to glares, grunts and ill-fitting “development” to his character that I just didn’t buy into. Binoche, as always, is luminous, but even she struggles to make a character so obnoxiously written seem vaguely human, more’s the pity. Shout out to Ewan Mitchell for his role of the insidiously broken Ettore, who at one point tries to rape one of the female characters (no spoilers) and has the shit kicked out of him so ruthlessly I wonder if he’s actually still alive. For me, however, this isn’t a film about performances specifically, and more about achieving a certain tonal discordance to offset audience expectation, and that certainly worked. 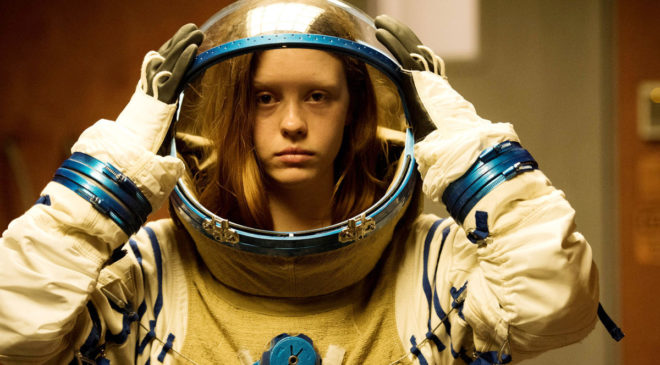 Claire Denis is regarded as a cinematic visionary in her home country, and throughout the international film community, but High Life is not something I’d recommend to anyone. Gaudy, grimy, squalid storytelling and shock-value effects (one character goes on to spaghettify through travelling across the even horizon of the black hole, a cringe-worthy end to a truly tragic supporting role) make for an endurance test of viewing rather than anything profound. There’s a confidence to Denis’ work that can’t be undersold, and High Life should be applauded for taking gigantic steps in doing exactly what it wants to. I would, however, caution you about expectations here; as I said, the film has divided people for a reason, because it’s a film that doesn’t take the safe options. It is certainly creatively bold, and technically well made. I feel invalidated that I couldn’t accept what Denis has produced in its own terms as entertainment, but I do recognise that there will be some who think this film is an absolute masterpiece. For those who do: more power to you. Those sitting on the fence about seeing it, I’d suggest forming your own opinion, but take heed of my tale of woe.