The landscape of Trump’s America seems to the outside world to be sliding headlong into the terrifying reality of The Purge, the long-legged low-budget thriller franchise set in a dystopian alternative United States where for one day, for 12 hours, all crime is legal. Surprisingly successful with its concept of abstract and abject violence, three previous Purge films have dissected current American ills in their various guises to varying degrees of success, and with The First Purge, a prequel film set at the time the Purge’s history began, we find the problems of modern day partisanship and social breakdown examined with brutal, bloody temperament. 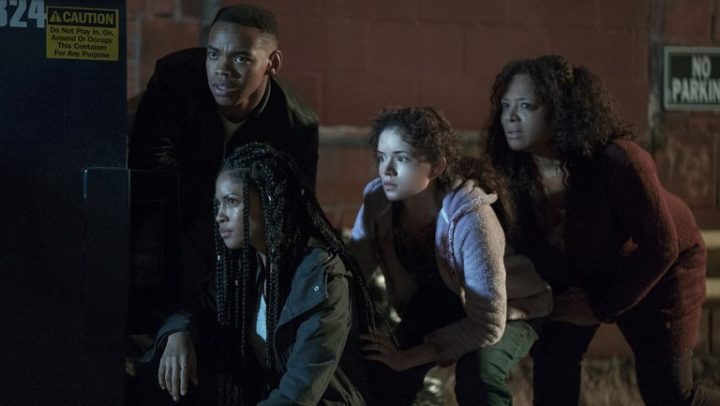 Sometime in the mid-21st Century, a third political party has risen to prominence: the New Founding Fathers. They have run on a platform of transforming a rapidly degenerating America into a relatively crime free nation using a method created by Dr May Updale (Marisa Tomei) whereby citizens have the right for one night to commit any crime they want – including murder – without sanction, in order to “purge” their anger at society. An experiment is run to test the theory: as a low socio-economic area of New York, Staten Island becomes the petri-dish for the first ever Purge, with any citizen staying offered a cash prize, and any citizen “actively participating” offered a substantial bonus. Local drug kingpin Dmitri (Y’lan Noel) remains in order to continue his business efforts, with his girlfriend Nya (Lex Scott Davis) actively protesting and opposed to the experiment. Nya’s younger brother Isaiah (Joivan Wade) is nearly disfigured by local hoodlum Skeletor (Rotimi Paul), and decides to exact revenge by participating in the experiment. The experiment begins well enough for our heroes, looking to become a failure, but when a devious Founding Fathers member (Patch Darragh) sends in teams of mercenaries to butcher people as a way of creating a “success” the terror of the Purge suddenly becomes all too real. 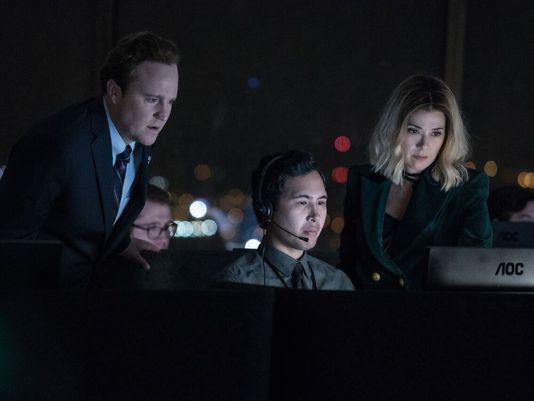 It’s telling that the setting of The First Purge occurs with a predominantly black cast. Minority representation is crucial to the film’s sense of desperate classism, as the real-world problems of middle-class and black American lives seeps into the script. Y’lan Noel’s Dmitri is one of many in the ensemble representing mush of what makes the Purge’s sense of urgency so riling, in that he’s a relative innocent who never asked to become involved, and has to fight for survival in his own neighbourhood. It’s also telling that the film’s primary antagonist, a creepy, hideously scarred nut-job named Skeletor is a tall, dark man reaching deep into primal animalism; it’s hardly a character more than it is a caricature. The film sees franchise director James DeMonaco step down from helming (instead, he remains as sole screenplay credit) and hand the reins over to Gerard McMurray, and the film’s slow descent into the madness of the Purge comes with the expected revenge, blood and human depravity that – scarily – isn’t so far from what we’re seeing in America today. In fact, the film jabs several left hooks at President Trump throughout, calling out his “pussy grabbing” antics in one especially uncomfortable scene, and it’s a statement few films can make without seeming on-the-nose. 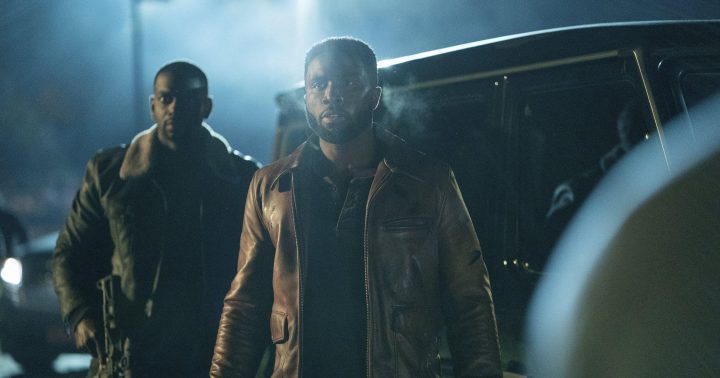 There’s an even more wanton narrative of racial prejudice within The First Purge (er, in a good storytelling way, I guess) in that the participants of the first purge are largely from black and Latino communities, but the government inserted instigators of violence to spice the night up and they’re almost entirely white. Celebrating white on black crime has become the American pastime of late, and The First Purge’s unsubtle commentary on this rings profoundly prescient, with allusions to the Klan and other white supremacist groups prevalent throughout the themes of survival and human evil within the story. DeMonaco’s script uses its bloody backdrop to highlight vast differences between the wealthy and the poor within American life, the value of life diminishing the darker the skin or emptier the bank balance, and it’s a sonic boom of truth within a franchise of debauched carnage. 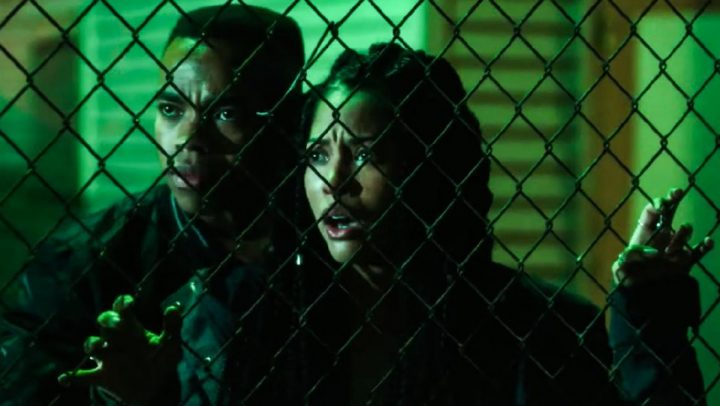 While the film desperately misses the presence of Frank Grillo, the relatively unknown cast all deliver solid performances in their respective roles. Y’lan Noel channels (of all people) Curtis “50 Cent” Jackson as the Island’s resident crime king, a man selling death but trying to make a living in a country he no longer recognises. Noel’s presence is notable for his chisel-jawed heroism contrasting against the anti-hero he begins the film as, while Lex Scott Davis’ resolutely strong-willed Nya is intractably cliched, and Joivan Wade’s youthfully ignorant Isaiah leans too heavily into wooden to really land well. Bit parts to Mugga, as the smart-mouthed Dolores, Christian Robinson as competing drug lord Capital A, and Rotimi Paul’s menacing Skeletor is suitably deranged. The all-too-brief role of Marisa Tomei as the architect of the Purge asks little of her as an actress, and she pretty much gives the role all it deserves. Nominally, however, it’s a game case asked to participate in some halfway decent social commentary scaffolded by rampant violence and inhumanity, and while the material is pretty ripe, the execution is generally solid. 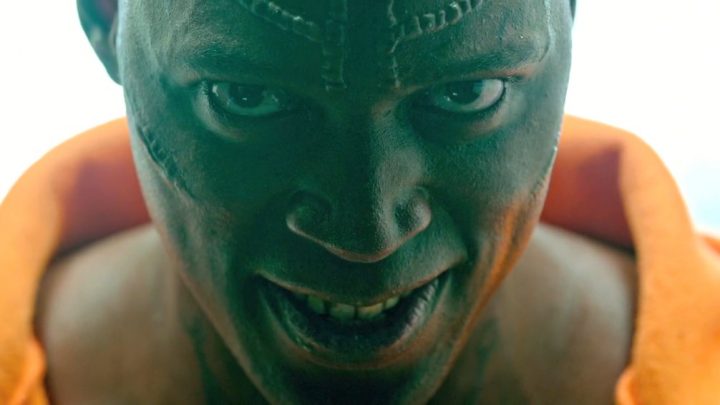 For 90 minutes the viewer is plunged back into the anarchic American nightmare. The First Purge generates a lot of tension and near-miss narrative given the nett result is that the Purge continues on for at least three other films (and a television series) so the machinations of our heroes here really do amount to nothing, but it’s a fun ride nonetheless. McMurray’s direction is a flurry of sound and fury, a light show of concussive violence and progressively destructive showdowns, and when the dust (and blood) settles those who remain standing are thrust into a world about to incinerate itself with moral decay. The First Purge offers sizzling themes within its hysteria-driven conceit, and fans of the films will find much to savour.