It’s perhaps apropos that the third Purge film, subtitled Election Year, would surface the during an actual United States election year, as if gratifying the wishes of viewers (voters) who would happily purge both major parties’ nominees for the Presidency. Sadly, it’s entirely likely that the eventual winner – walking orange shitstain Donald Trump or unelectably corrupt sociopath Hilary Clinton – will never institute the concept espoused by this savage B-movie franchise, but it remains to be seen just how far off the Purge franchise’s anarchistic sense of violence and antagonism America eventually becomes. While The Purge had its factor of cool before descending into generic chills, and The Purge: Anarchy simply expanded the premise without really adding much more than a Saw-esque mentality to the body count, it remains to be seen if the second sequel ups the ante by delivering a story worthy of consideration or is merely content to milk a one-note concept until the teat is cracked and bleeding. 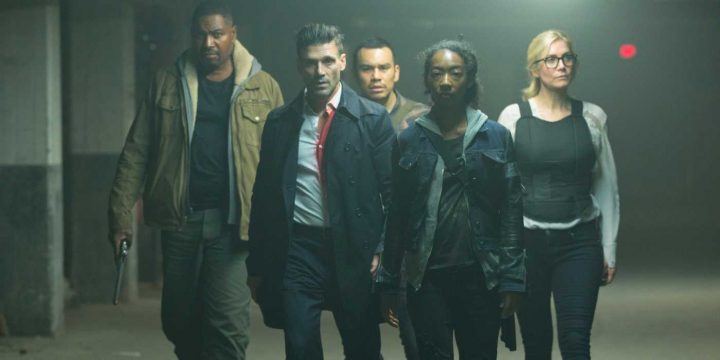 Twenty years after the introduction of the annual Purge, a shift is occurring across America, with a political senator, Charlie Roan (Elizabeth Mitchell) polarising the landscape by wanting to do away with the traditional event. Naturally, the ruling party, the New Founding Fathers of America, want her vendetta against them stopped, so they rig the rules protecting high ranking politicians and make them null and void. Roan, together with her head of security Leo Barnes (Frank Grillo), are forced into a game of cat and mouse when they’re betrayed from the inside. Meanwhile, shop owner Joe Dickson (Mykelti Williamson), forced to spend Purge Night defending his property after his insurance company raises his premiums, also has his own problems when a group of petty shoplifters return to torment and attack him.

To my mind, Election Year isn’t just a film subtextually prescient with America’s current psychology, it’s also a mirror to the rage and simmering hatred brewing just below society’s surface. The Purge has always been about resolving anger through violence, highlighting the depravity of humanity’s sense of helplessness against the ruling classes and abject emotional poverty – America’s “Land of the free” nomenclature resonates poorly throughout the world these days, and one suspects part of the reason this film series has tapped success is due to audience empathy and associative guilt. 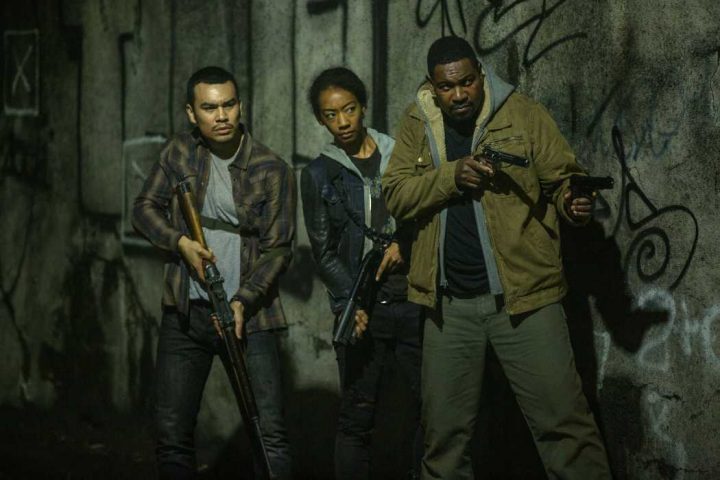 Election Year, written by franchise director James DeMonaco, is the strongest of the three films to-date, politicising the concept and activating the power-hungry subplot of the ruling class attempting to subvert change through violence, and how “normal” people just want to stand up free. Frank Grillo’s Leo Barnes, reprised from Anarchy’s violent bowels, returns as protector of Elizabeth Warren’s stand-up senator Roan (a cool name indeed), and continues to give the characters an Ellen Ripley-ish arrogance and sense of purpose that puts him into conflict with just about everyone around him. Mitchell’s Roan provides a political context for the film, her supreme whiteness maximising the “great white hope” mentality the film works so hard to contradict. The thing about Election Year is that it exists in an era when it’s entirely possible there’s people out there thinking this is a documentary rather than a fictional film. The statements of belief by the NFFA heads (including Kyle Secor and David Alan Baker) sound disturbingly similar to current American political propagandist nature, it’s eerie. It’s hard to counter when the Bad Guys speak a truth.

The film’s heart comes from Mykelti Williamson’s Everyman, Joe Dickson, a hard-luck story made good and just trying to survive. Williamson is a far better actor than the Purge films probably deserve but he solidifies the sense of morality and right-and-wrong so obviously in play here. Joe’s employee, Marcos (Joseph Julian Soria), together with long time EMT friend Laney Rucker (Betty Gabriel) represent the downtrodden and lowly, working against the insane and awful violence rending the nation apart, and they provide solid supporting work. 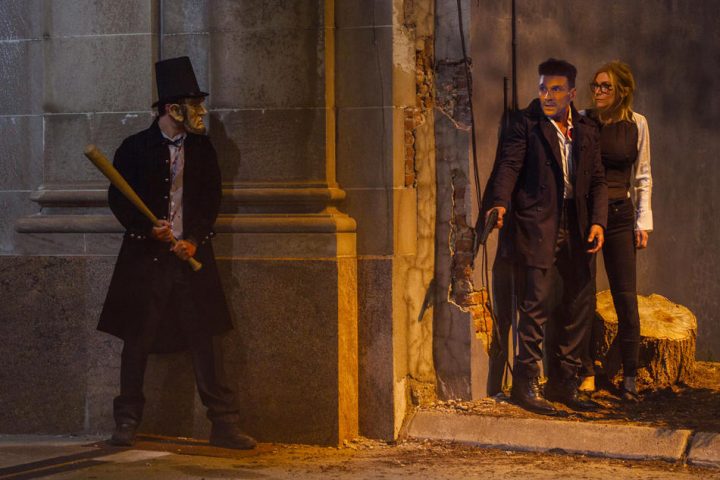 Setting aside its bloody visuals and gore-fuelled aesthetic, Election Year has more going on beneath its surface than you’d give it credit for. Now, this isn’t to say it’s particularly smart or coherent throughout, but there’s intelligence to the story that belies its pulpy nature. Frank Grillo’s astonishingly inadequate security agent (who has his ass handed to him more times than I can count, bested only by the number of times he pulls a new clip from his back pocket and rams it into the hand-cannon he carries) is the film’s tough-guy but in a weird way he’s not the “leading man” any more than Warren’s Roan is the central character, despite her central presence. There’s moments of contrivance and logic-defying happenstance but it’s all part of the grisly fun The Purge: Election Year abounds.

Fans of the series will be well satisfied about where Election Year leaves things. It’s an ending of sorts (although word has it DeMonaco is working on a fourth film, a prequel, telling us all just how America came to think the Purge was a good idea in the first place) and it wraps up the concept with appropriate euphoric ease. Handsomely produced with its typical low-budget style, with a pounding soundtrack and hugely active sound mix, Election Year’s only main failing is that it doesn’t dwell on character enough to satisfy; given its premise, this is hardly problematic, but it’s worth noting. The Purge: Election Year is crazy enough to be good and silly enough never to be taken seriously. Fans will lap it up, everyone else will recoil in horror.