I’ll bite: I wasn’t one of the throngs of people clamouring to see a sequel to Denzel Washington’s slow-burn 2014 thriller retooling of the classic 80’s show, The Equalizer. Sure, it was a worthwhile film for those who admire Washington’s getting-his-hands-dirty vigilante justice routine, but it never spoke to me as much more than a run-of-the-mill Taken variant in which an ageing movie star puts to use his considerable screen presence to dole out violent brutality to a clutch of deserving douchebags. Well, switch of the safeties lads, because Denzel once again takes to the mean streets of American society as he takes on not just a gaggle of injustices he witnesses, but the vengeance upon those who killed his friend and former work colleague. Where the first Equalizer felt torn from the pavement of Boston, the sequel spreads it wings internationally and sprinkles eurotrash flavour and covert subterfuge within its laconic style, although the bruising violence and strong-arm take-downs inflicted by the leading man feel heftier and more superheroic than reality might provide. 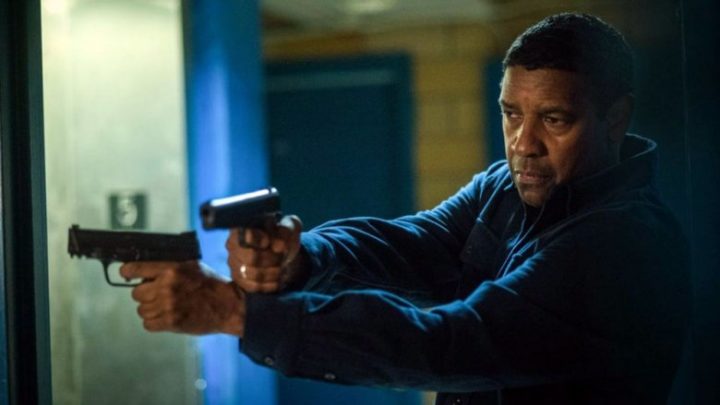 Robert McCall (Washington) lives in upstate Massachusetts, in an urban apartment complex where he works as a Lyft driver taking people too and from appointments in his spare time. Through this interaction with the public, McCall uses his CIA training to deal out justice to those he sees as doing the wrong thing – everyone from kidnapped children, an elderly war survivor looking for a picture of his long-lost sister, to an abused call-girl and even a young black kid (Ashton Sanders) skimming the periphery of neighbourhood crime gangs, McCall puts the wrong to right with his stoic sense of duty and pride. When McCall’s friend and former agency colleague, Susan Plummer (Melissa Leo) is killed in Brussels, McCall works with his former partner Dave York (Pedro Pascal) to solve the case, a case which has become far more personal than any preceding it. 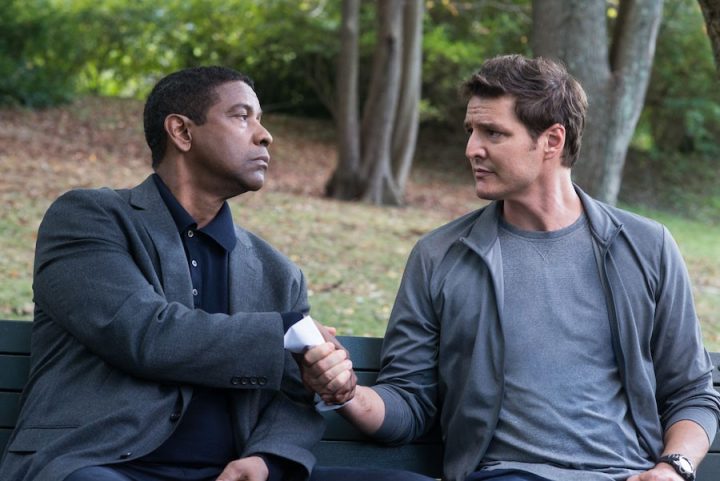 The Equalizer 2 feels like Denzel is in cruise control. This isn’t a film with a rough edge, like the first film, this is a far cleaner enterprise both in execution and overall tone. Antoine Fuqua’s directorial choices over the journey have ranged from generally acceptable (Training Day, Southpaw) to mediocre (King Arthur, The Magnificent Seven) to at least one excellent (Olympus Has Fallen) and EQ2 (as it’s colloquially referred) sits comfortably in the entertaining-but-never-memorable category of his output. Fuqua’s success in teaming up with Washington has led us a merry dance of frustrating ambivalence over the journey (I was one of the few who wasn’t entranced with Washington’s Oscar win for Training Day) and this film isn’t going to show up on too many highlight reels, let’s say that. It’s a film of inestimable blandness, a film in which the outcome is foregone before the opening credits unspool and for whom this reviewer felt sagged considerably during its many, many moments of introspective gloom. A film such as The Equalizer 2 should click, feel tense, offer punctuated action and a sense of tension building to a climax worthy of Denzel’s calibre of ability, but alas, it’s a meek, mild, tension-free affair replete with a wasted Melissa Leo, a more wasted Bill Pullman, and another eye-squelching turn from Game Of Thrones‘ alum Pedro Pascal. 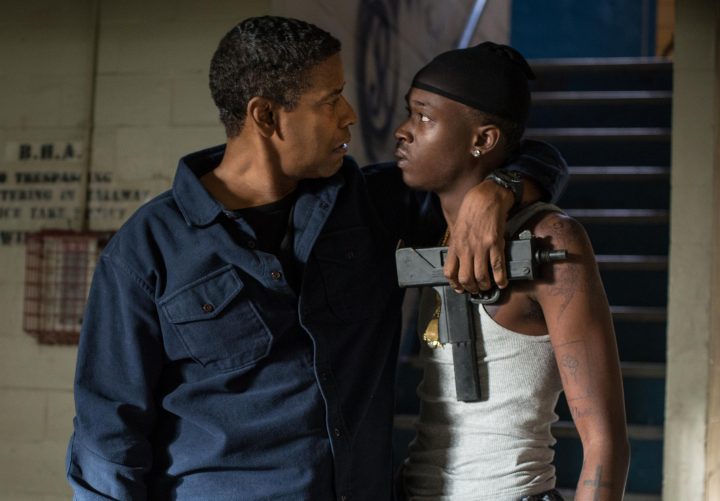 Richard Wenk’s screenplay offers plenty of opportunity for Washington’s McCall to really dig into his personal backstory, certainly moreso than the first film did, and to a degree the hints and glimpses of the character’s storied past work to build a jigsaw puzzle of an enigma of a riddle of a man, which keeps the mental juices flowing even as Denzel punches, shoots, kicks and blusters his way through a series of inevitably violent and bloody action sequences that rapidly deflate through inexplicably incoherent editing and that juddery, quick-cut camerawork that frustrates more than it excites. The film’s opening scene, in which Denzel rescues a kidnapped girl aboard a train to Istanbul (why Istanbul? It could happen anywhere, and it matters not a jot to the overall story…) sets the stage with style and a panache that only the great man can deliver, but once stateside the story fumbles with confused motives and ineptly twisty plot developments that, when you’re not rolling your eyes, will make you roll your eyes. 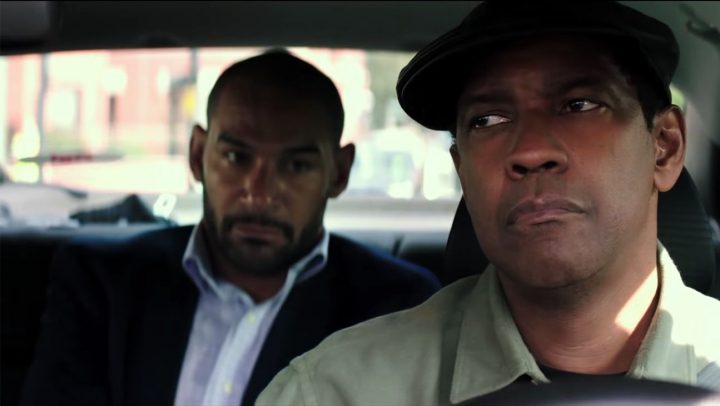 To be frank, the fun of Equalizer 2 isn’t the plot or even the characters so much as it’s just cool seeing Denzel take down a bunch of assholes who you know deserve to be taken down. And yet, Denzel’s stoic persona in the role suits the actor’s borderline disinterested affectation; one might replace Washington with a plank of pine and have just as much emotional content to contend with. Brief elements of angsty weight wash ashore in this beachhead of bruising battering, such as McCall’s relationship with young wannabe hoodlum Miles (an outclassed Ashton Sanders, who tries his best but is horribly out of his depth against a far better actor in Denzel) are enjoyable but they feel second-hand contrasted against the bigger picture the film is trying to sell us on. When Washington’s pious moralising tries to blend with his hammer-handed approach to street justice it’s like oil and water coming together: the result isn’t pretty. Melissa Leo’s reprisal of her role as Susan, a friend of McCall’s from the agency days, is relatively short lived and lacks the import the script demands, Bill Pullman’s paycheck work as Susan’s bereaved husband isn’t worth the paper it’s printed on, and the smattering of other supporting characters, such as Orson Bean as an elderly holocaust survivor, Sakina Jaffey as a community garden tender, and Adam Karst as a Turkish father who kidnaps his own daughter in retaliation against his ex-wife, provide ballast to the relatively thin weightiness afforded to McCall’s monolithic status in the story.

Nobody in the film is totally terrible, nor is the film totally unwatchable. It’s just a film that’s… there, content to exist offering little by way of self reflection or social examination, a run-of-the-mill actioner that’s perceptibly light on actual action and deftly brief when the action does take place, and lacking a real edginess the first film seemed to contain in spades. There’s no sense of interest in front of the camera: you know you’re spent before earnings when even Denzel appears to just be phoning it in. Fuqua’s action sequences do offer mild entertainment, although they’re far too higgledy-piggledy and slap-dash to really maintain enthusiasm. The hand-to-hand combat elements are too quick, the film’s only car attack sequence is too concertinaed between context and tension, and the wind-soaked Massachusetts storm finale, reminiscent of a Tom Clancy novel, is well mounted from a production standpoint but ultimately duller than soap. 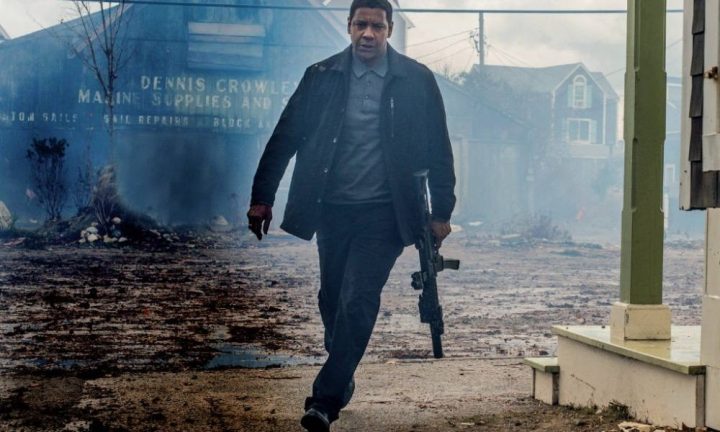 Despite offering more of Denzel being  badass (which I’m happy to admit I’ll always seek out and hope for the best) The Equalizer 2 is a routine, humdrum action flick that lacks urgency or a sense of genuine agency. The stakes matter little, the characters (McCall aside) are predictably generic, and Fuqua’s direction feels too much like Terence Malick stepped in to helm the quieter moments. Washington elevates the preposterous material far more than it deserves (one suspects the script is a reworked story from a completely different film altogether, re-purposed to fit this franchise’s aesthetic, although I cannot prove it) and if nothing else the way he double-totes the guns and fists throughout is screen-cool as usual. Sadly, however, The Equalizer 2 barely registers among the swag of likeminded films out there, and I can’t say you’ll remember it once it’s finished.

2 thoughts on “Movie Review – Equalizer 2, The”