From the Editor – When we started thinking about Worst Film Week here at the Fernby Films offices, we decided to offer a guest spot to several of our friends, one of whom is a fellow Aussie, part-time actor and great wordsmith, Jamie Wright. Jamie scribes for his own blog, suitably titled Jamiewrites, so go check out more of his stuff after you’ve finished here! According to Jamie, there’s almost nothing he likes more than to rip into a film he hates, so we offered him the chance to do so on our pages and he agreed – in fact, he was the first to jump on board for this years WFW. Our thanks to Jamie for his efforts, and we hope you all enjoy reading his stuff!

If seeing a bad film is like being punched in the face – which it really isn’t, but just go with it for now – seeing the bad sequel to a good film is like being punched in the face by someone you know and like. And when Michael Bay is orchestrating that punch in the face, you know it’s going to hurt; when he gets it right it’s great, but when he gets it wrong it’s awful.
After seeing Transformers: Revenge of the Fallen I summed it up on Twitter, and it went something like: “I wish that, instead of paying $10 for a ticket, I’d given Michael Bay $10 to set me on fire and then piss out the flames.” So, yeah. It’s safe to assume that I hated it.

Now, I do have to stress at this point I’m not what you’d call a blockbuster ‘person’; however, that is not to say I’m against them in principle, just the ones made by people who think that the best thing to do between blowing up buildings is have dialogue that makes anyone with a fondness for the English language want to hunt them down and beat them around the head with a warm baguette. I appreciate a well-made action blockbuster, even if it isn’t a think piece by anyone’s standards: Independence Day, Bad Boys, Die Hard, The Terminator and Terminator 2 and Men in Black being good historical examples. More recently, all of the Marvel adaptations have been well-made blockbusters – with The Avengers being the both the most recent and best example; it combines all of the elements of an action blockbuster (emphasis on plot, spectacular visuals, humor, explosions) but was balanced out  with good characters and great dialogue and – most importantly – not treating its audience as if they were idiots.

Part of it, of course, was my fault for having expectations. I’m well aware of the high likelihood of sequels to be poor, particularly in terms of the choice to push characters and ideas from entertainingly outrageous (in the first  film) to obnoxiously stupid (in the sequel). It’s like they get the balance perfect the first time around, and then throw all restraint out the window when it comes time to make the follow-up – Bad Boys 2 being (to my mind) the best example of a film sequel where this happened, to the point where it was almost a parody of its predecessor.

In Revenge of the Fallen this manifested in several aspects, most notably the even more ‘comical’ personalities of the robot characters. Obviously, if you’re going to have robots as characters – entertaining characters, at least – they can’t just be, well, robots. But there’s a fine line between amusing and obnoxious – and Bay & co. took a dump on that line, choosing instead to give us characters even more unlikeable and irritating than Jar Jar Binks. And that’s without even bringing up how offensively racist the Skips and Mudflap characters were. Jetfire wasn’t offensive as such, but I found the idea of a giant robot having the voice and personality of a brain-fried roadie irritating. The small Decepticon that Mikaela captured was also distastefully stupid with its behavior – it humped her leg in gratitude at one point, for crying out loud.

The decision to make the formerly all-robot robots have a biological was baffling stupid; the scene where [spoiler alert] Sam ‘dies’ and goes to what can only be described as Robot Heaven pushed me about as close as I’ve ever come to walking out of a movie I’d paid for. The film was filled with crap like this, and it started to feel like every time they had to make a decision about whether to go with either clever and funny, or inane and dimwitted, they went with the latter.

And that’s no way to make a film.

However, it is – sadly – the way to make a truckload of money. Transformers: Revenge of the Fallen currently sits at number 15 on the all-time US box-office list, according to Box Office Mojo. Millions of people forked over their money to see this shallow tripe; presumably, some of them even paid to see it more than once. And the fact that it was successful makes me hate it even more. I’ve not actually seen too many failed blockbusters, but I’m sure if I did I’d almost certain I would actually hate them less because they failed. 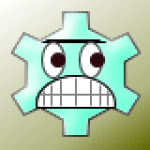 Jamie is a long time amateur actor around Adelaide, South Australia, who also spends time writing on his own blog when he’s not treading the boards or sitting down to see a film. Dare I say it, but you could do a lot worse than spending a while checking out what he’s got to say.

4 thoughts on “Movie Review – Transformers: Revenge Of The Fallen”