Will Silver is a dedicated lover of all things B-movie, with his passion for schlock evident across his own website, Silver Emulsion. We asked Will to write something for Worst Film Week because we just knew his warped sense of “cinema” would fit right in with this aesthetic. And he’s proven us right. After you’ve read this review, why don’t you head over to his site for more of his wonderful work! – Ed.

When Rodney first asked me to participate in his Worst Film Week, I racked my brain for a suitable film. Do I go with a truly despicable film like Revenge of the Sith? Do I go low-budget and dredge up some ’80s horror flick? I finally decided that as a true fan and connoisseur of B-Movies, I needed to bring my love of bad movies to the forefront and deliver a review of a film so awesome that it transcends its micro-budget and entertains handily. I gambled on this film I’d never seen before on premise alone, and it paid off. Readers of Fernby Films, I bring you Ireland’s first full-length martial arts picture: Fatal Deviation!

I love Jean-Claude Van Damme. Apparently, so does Fatal Deviation‘s star James Bennett, and he’s damn proud of it. So proud that he’s not only devoted years to becoming a seasoned martial arts practitioner, he’s also framed a whole bunch of JCVD 8x10s and hung them over his mantle. I have to wonder if this is the real James Bennett’s home these pictures reside in, or if they only exist on the wall of the film’s Jimmy Bennett character. The line is purposefully blurred, and it creates an underlying sense of mystery about the people behind the movie that lots of no-budget films like this just can’t muster.

The story here is a combination of many martial arts film tropes, conveniently packaged together for your enjoyment. What? You’ve never seen a martial arts film before? Then Fatal Deviation is the perfect place to start! It’ll show you all the basics: a son out for revenge for his father’s murder, a master martial artist monk who trains our hero in the forest, and the tournament where fighters of different classes and styles come together in a series of “No Rules” battles. And trust me, you’ve never lived until you’ve heard, “There are no rules,” spoken with a thick Irish accent. To call Fatal Deviation‘s plot clichéd is an understatement, but this familiarity is exactly what makes Fatal Deviation so much fun to watch. In addition to utilizing the genre tropes, it also subverts them and makes them feel inherently Irish. So while you may go into Fatal Deviation wondering how Ireland could ever make a legitimate martial arts film, you’ll leave with a new understanding of the deep martial traditions of the Green Isle. I didn’t know Franciscan monks were also incredible practitioners of karate, but after you see Jimmy’s trainer wielding twin fire-sticks at the pinnacle moment of his training, you’ll think twice about laughing at their dress-like robes. All kidding aside, the use of the monks of Ireland in place of the traditional Shaolin monks is a pure stroke of revisionist genius. I used to work at a monastery and I’m reeling from the realization that I never made my own ego-stroking martial arts film featuring the monks as my teachers. Hindsight is definitely 20/20.

With all the classic story elements in place, the next piece of the action movie puzzle is arguably the most important: the action. I expected Fatal Deviation‘s fights to be laughable and poorly choreographed, but honestly I was pleasantly surprised with how good they actually were. Bennett is a true martial artist and it shows as he performs training katas on mountaintops, and whips drug-dealing henchmen with ease. His idol is JCVD, and they definitely followed the “WWJCVDD” or “What Would JCVD Do?” school of action film-making, with many opportunities for roundhouse kicks, jump kicks to the face and slow-motion yelling after the big strike. They reserve that last one for only the most special of occasions, but that pretty much goes without saying. While I could easily find some room to bag on Bennett’s action prowess, I’m seriously floored by just how good he really is. It’s not easy to do the splits standing up with your foot planted firmly in the top crook of a door frame, but he does it without batting an eye. The other players don’t fare so well… that is, until we hit the “Bealtaine” tournament section of the film, or as I like to call it: the Irish Kumite.

Yep, that’s right, a kumite. Fans of Bloodsport, get excited because Fatal Deviation delivers tons of thrills and real martial artists doing their best in a dimly lit ancient ruin. See big, musclebound men swatting away skinny, agile fighters like they were nothing more than bothersome flies! Be amazed by an American wrestler doing his best Bane impersonation when he looks to break the back of a follow Bealtaine competitor! Watch out for Jimmy Bennett sporting a very similar black gi to JCVD’s Bloodsport garb, as he performs a high kick to the face that’s so awesome, they repeat it in quick succession three times. Now that’s entertainment!

While preparing this review, I did a quick search to see what the Internet thought of the movie, and it was nearly all “This movie is shit,” “One of the worst ever made,” or “What a boring slog to get through,” stuff. Really? I literally cannot believe that they watched the same movie! Fatal Deviation is miles away from being one of the worst films ever made because despite its many flaws, it’s ridiculously entertaining. Films usually fall into two camps: the artful and the entertaining, and Fatal Deviation is resoundingly fun to watch. Hugely budgeted Hollywood movies can’t even always achieve that, so everyone who poured their heart and soul into Fatal Deviation should be proud.

As I said before, this is Ireland’s first (and I think only) full-length martial arts film. On my website, I’m currently deep into a massive and wildly ambitious project to review every Shaw Brothers film in the order of their release, and this puts me in an interesting position of being able to examine the beginnings of the entire martial arts genre from a different perspective than many fans. If we were to compare Hong Kong’s first color martial arts film, Temple of the Red Lotus, to Fatal Deviation, it would be no contest. Fatal Deviation is the clear winner with better action, better choreography, and just a much better entertainment value. It’s of course unfair to compare them, as one exists as a long-lost descendant of the other, but my point is that if Ireland started out with a film as strong as this, imagine if they had continued cranking these out like the Shaw Brothers had. Y’see, these are the situations wherein a time machine would come in handy. Ireland could be taking the world by storm with their furious martial skills if only they’d stuck with it.

I made a passing mention of Fatal Deviation‘s flaws, and they are many. As much as they get right with the fights and the general action flow and editing, they get so much wrong with the sound recording and the boring, uninteresting framing. These things didn’t hinder my enjoyment one bit, but as a huge JCVD/trashy action fan, I just might be in a different category than the average person. I must also mention the horrible acting, which is universally awful across the board, even from D-list celebrity Mike Graham, who’s credited in the opening titles as “from the Rock Group Boy Zone: Mike Graham”. If you’re gonna sell yourself like that, you better have the chops to back it up. If anyone does stand out as being better than the pack, it’s definitely Jimmy’s monk trainer played by Johnny Murray, and of course Jimmy Bennett himself, James Bennett.

Fatal Deviation is the epitome of a low-budget movie that brings its elements together to create a thoroughly enjoyable film. Sure, it’s rough in spots, but it makes up for it with sweet action scored with soft, low-key synth rock. Not the best combo to be sure, but I loved every minute of it. This review is already long enough, but I can’t believe I didn’t talk about when Bennett jump kicks a dude off a dirt bike, or when he takes his girlfriend for a ride on the bumper cars and it devolves into trippy, video-blurred nonsense for no good reason. Fatal Deviation is a treasure trove of great moments, and any self-respecting B-Movie fan needs to track this one down.

And like many great martial arts films, Fatal Deviation ends with a collection of outtakes. Jackie Chan, eat your heart out; there’s a new kid in town. 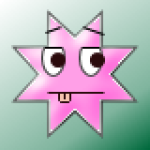 Will’s a die-hard fan of B-movie crapola, and he makes no apologies for that. You’ll find him scouring the bargain bins at the local video rental, checking out most films with the words “zombies”, “death” and “lesbians” in the title, and not always in that order. His website, Silver Emulsions, is the best place to find his unique take on all things B-movie and lower, so once you’re done reading here, go over there and have a look!!