Nominated for five Academy Awards (and winning exactly zero), Steven Spielberg’s Munich ranks as one of his commercially least-successful films, despite a superb cast and torn-from-the-headlines real-life story, fictionalised though it may be. It’s perhaps counter to the kind of filmmaker audiences want Spielberg to be that his films involving actual historical events tend to gross far lower than the more crowd-pleasing fare pop-culture has pigeonholed him into. Outliers such as Schindler’s List and Catch Me If You Can are exceptions to the norm, with projects such as Amistad, War Horse, Lincoln and The Post being critically praised and yet not quite hitting the same kind of crowd affection as, say, War of The Worlds or Ready Player One. One might argue that successful box office hits allow the director the latitude to make heavier, more cerebral films such as Bridge Of Spies, capitalising on his name alone and drawing in jaw-dropping casts and prosecuting historical touchstones many people simply haven’t heard of. Munich, involving the kidnapping and eventual deaths of eleven members of the Israeli Olympic Team from the Athlete’s Village in Munich, in 1972, may not be a story hopped up on relevance for this post-millennial age, and perhaps lacks the instant appeal of even the director’s lesser biographical films, but as a film experience it tackles ideas and themes not entirely inconsistent with political and social dialogues ongoing today, from the era of Trump to the notion of terrorism and even open warfare.

Plot synopsis courtesy Wikipedia:  At the 1972 Summer Olympics in Munich, the Palestinian terrorist group Black September kills 11 members of the Israeli Olympic team. Avner Kaufman (Eric Bana), a Mossad agent of German-Jewish descent, is chosen to lead a mission to assassinate 11 Palestinians allegedly involved in the massacre. At the direction of his handler Ephraim (Geoffrey Rush), to give the Israeli government plausible deniability, Kaufman resigns from Mossad and operates with no official ties to Israel. His team includes four Jewish volunteers from around the world: South African driver Steve (Daniel Craig), Belgian toy-maker and explosives expert Robert (Mathieu Kassovitz), former Israeli soldier and “cleaner” Carl (Ciaran Hinds), and Danish document forger Hans (Hanns Zischler). They are given information by a French informant, Louis (Matthieu Amalric), and set about their mission to hunt down and execute those responsible. 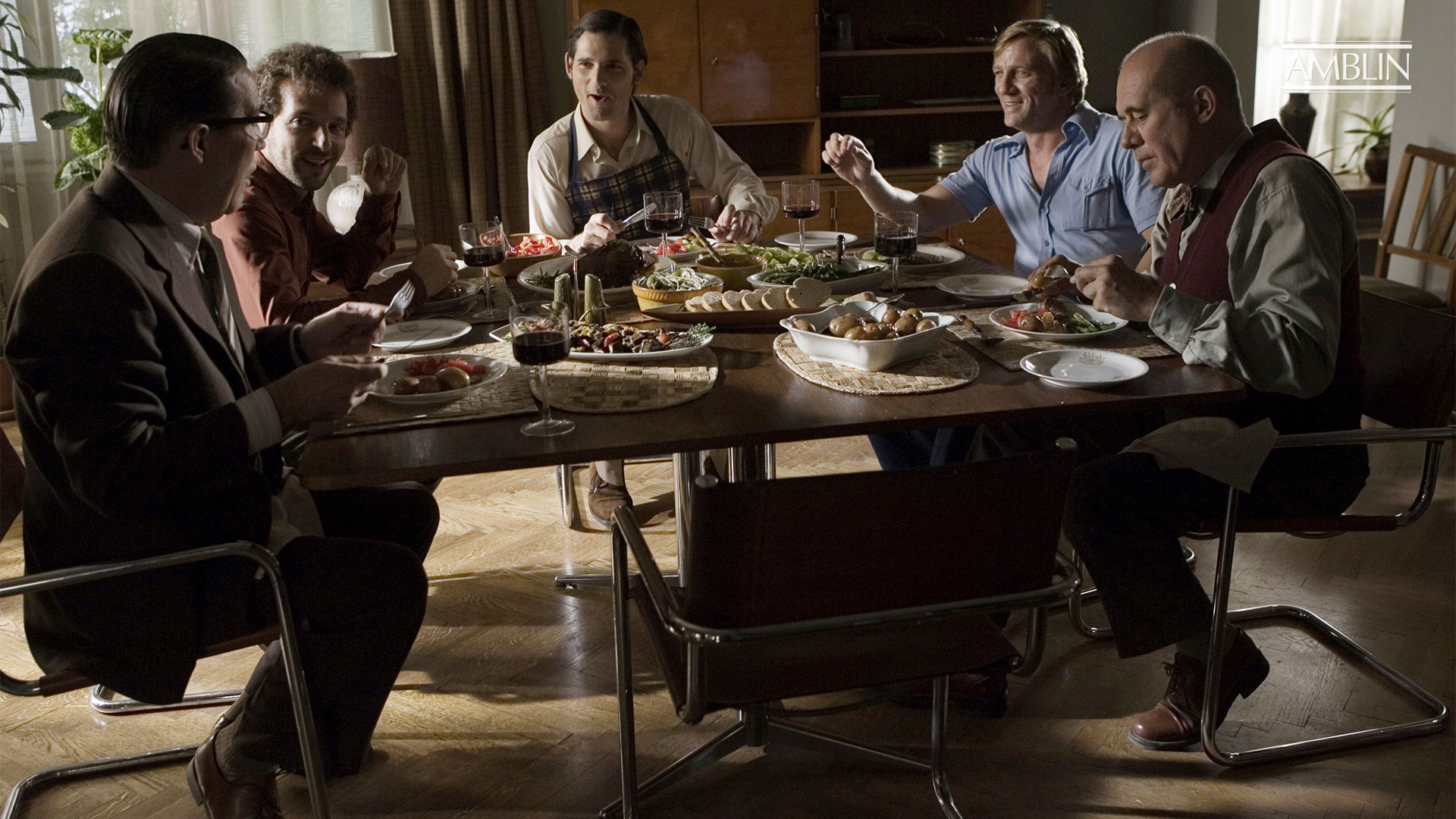 Way back in the day, back before this website came along, I really didn’t like Munich. I didn’t like it’s tone, I didn’t appreciate its story, and I thought it was a total waste of time. Sacrilegious thoughts aside, Munich isn’t the most approachable film to “enjoy”, in as much as this story of revenge satisfies the urge to see wrongdoers given their comeuppance but it’s a tough slog. A slog worth enduring, however: as a more mature film appreciator today, I found the film’s central conflict far more subtle and nuanced than I remember it being, the performances and story compelling indeed, and the subtext of nationalism, revenge and eternal conflict between ideologies to be genuine highlights of this dramatic thriller masterpiece. The fact it’s taken so long for me to get around to revisiting this film after nearly two decades of thinking it was not great notwithstanding, I’m pleased to report that Munich is terrific, actually, and a rewarding view that takes its subject matter desperately seriously, held aloft by compelling performances, and unrivaled Spielberg techniques that made this jaded cinephile gasp on more than one occasion. 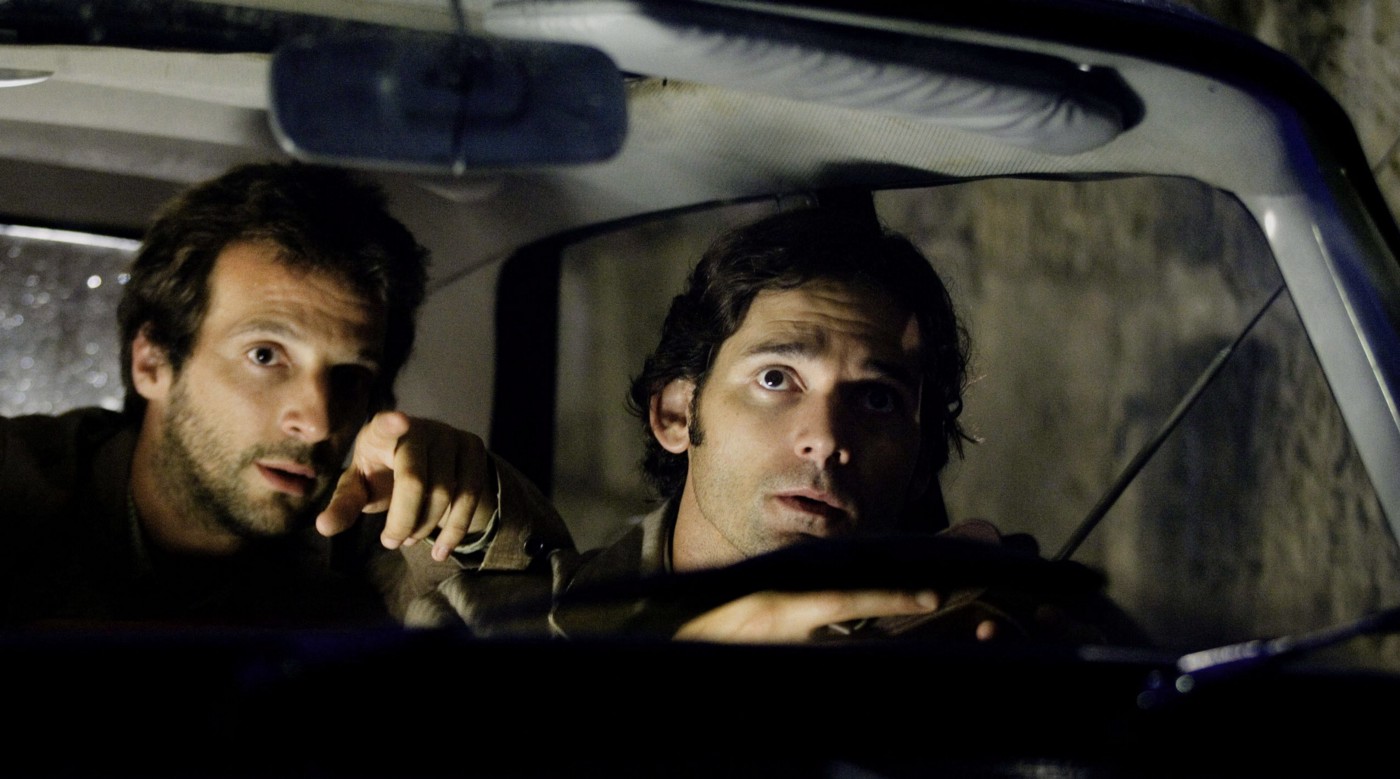 As somebody with only the most cursory knowledge of the Israel-Palestine conflict, I was frantically scrolling Wikipedia and Google whilst watching Munich in order to gain a wider understanding of the people, the time and the political situation of the day. The film demands a significant knowledge of the backstory to the Munich attacks, in which a Palestinian terrorist cell, known as Black September, infiltrates the secure Athlete’s Village during the 1972 Summer Olympics in the popular German city, and takes 11 members hostage. This backstory serves as the catalyst for the events of Munich, which isn’t so much a docu-drama on the terrorist attack (although it is depicted in quite brutal detail) but rather on the events following; reputed Palestinian operatives involved with planning and abetting the attacks were hunted down and murdered in revenge for the initial attack, one for each of the dead athletes, and Spielberg’s film makes no representation as to whether these people are indeed involved other than to intimate it. 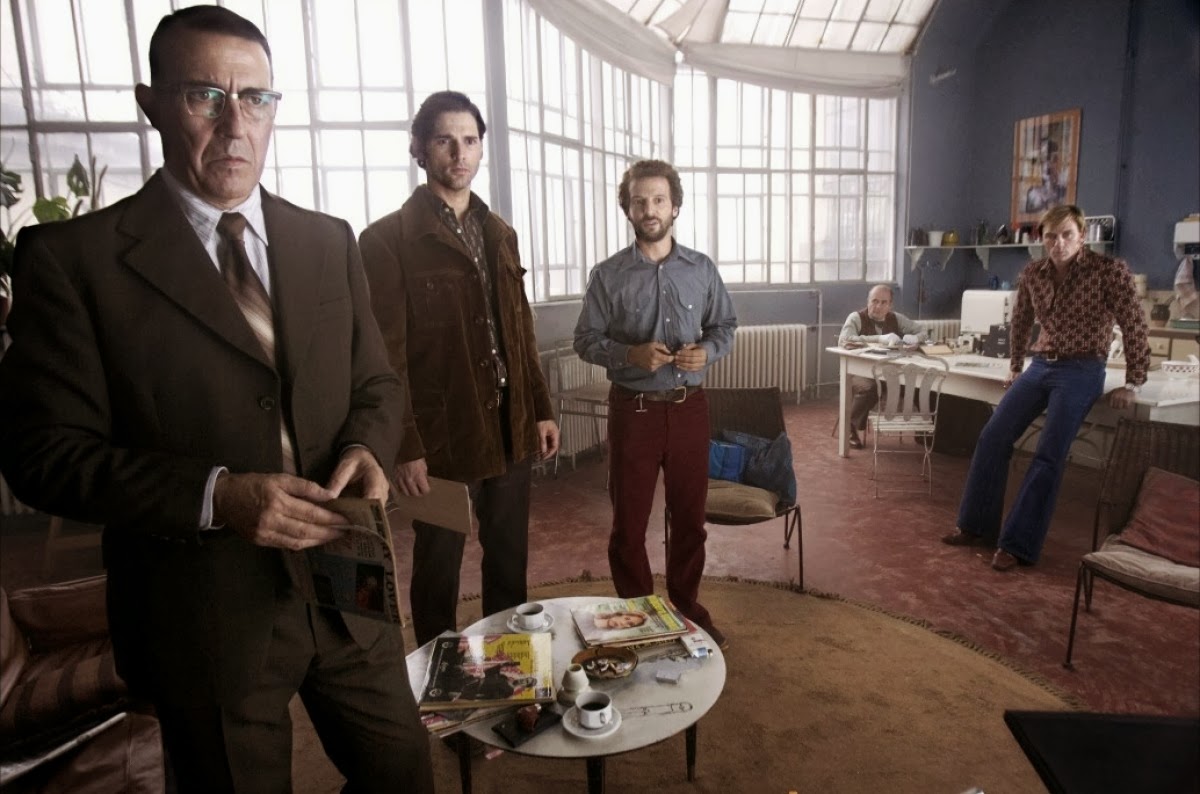 Written by Tony Kushner (Angels In America) and Eric Roth(Forrest Gump), Munich’s vendetta-styled narrative offers up Eric Bana’s Avna Kauffman as the melancholy anti-hero, a man ordered to do the most evil things imaginable by his country, to their complete disavowment, and struggling to understand how what he’s been asked to do is justified by the evil of the inciting incident. The whole premise is an “eye for an eye” take that works superbly well thanks to the all-timer cast, including not only Bana in one of his most affecting roles, but also Ciaran Hinds, Ayelete Zurer, Geoffrey Rush and Mathieu Kassovitz, as well as a smattering of familiar faces like Moritz Bleibtrau (best known for his role of Manni in Tom Tykwer’s Run Lola Run), Mathieu Amalric (Quantum of Solace), and Omar Metwally (Rendition). Kusher and Roth’s script doesn’t necessarily try to determine who’s right or who’s wrong. Instead, they work through the feelings of moral and ethical quandary faced by the central cast, all of whom portray their characters as smaller cogs in a wheel of human misery – the revenge plot quickly gives way to anger and sorrow for being responsible for even more death, the cost of their humanity eventually leading to the tragic and mournful concluding act, as the toll is taken in blood. Neither Kushner or Roth, or director Steven Spielberg, offer much on-screen exposition of the why’s and wherefore’s, instead assuming you already understand the complex social and national issues at play and running with it. It’s a fascinating work of examining the toll taken by acts of violence, whether as an act of revenge or national pride. 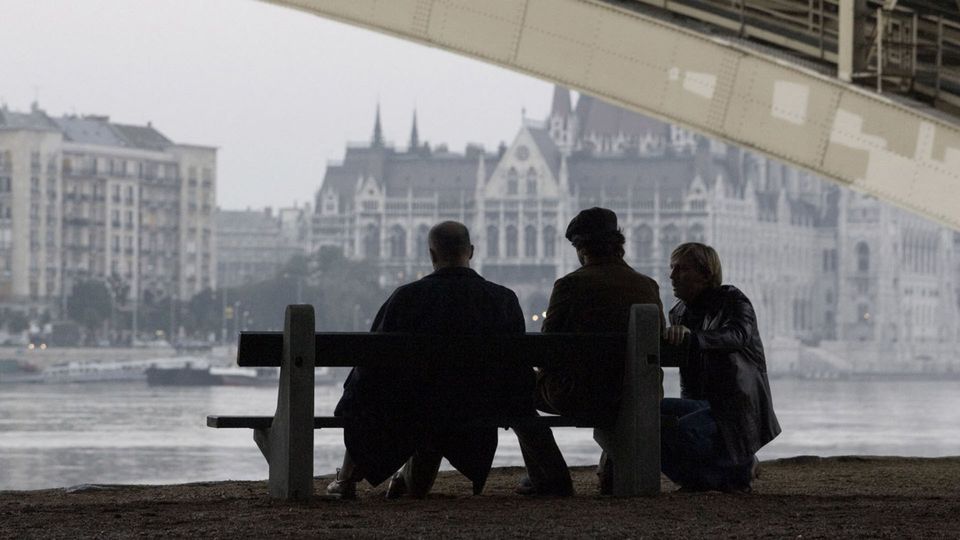 Although it may not seem like it initially, Munich is a masterwork of technical prowess, both of production design, imperceptible visual effects, and camerawork. There are a significant number of long-focus sequences here, involving some truly remarkable lensing and focus pulling, as well as a complimentary number of shots carrying astonishing uses of reflections. Lensed by DOP Janusz Kaminski, a long-time stablemate of Spielberg’s, Munich has a gritty, urban, sepia-toned 70’s feel to it throughout, almost a sense of decay as the film represents the breakdown of Avna’s own humanity through the film. The virtuoso camerawork on display is typically Spielbergian: often precise, always highly technical, and, as always, using every inch of the frame to continue to tell the story, move the plot and examine character. Production design is superb as well, from the period costuming, locations and technology, while John Williams’ subtle score (nominated for an Oscar) ruminates on sadness and grief as it underplays the action on the screen. 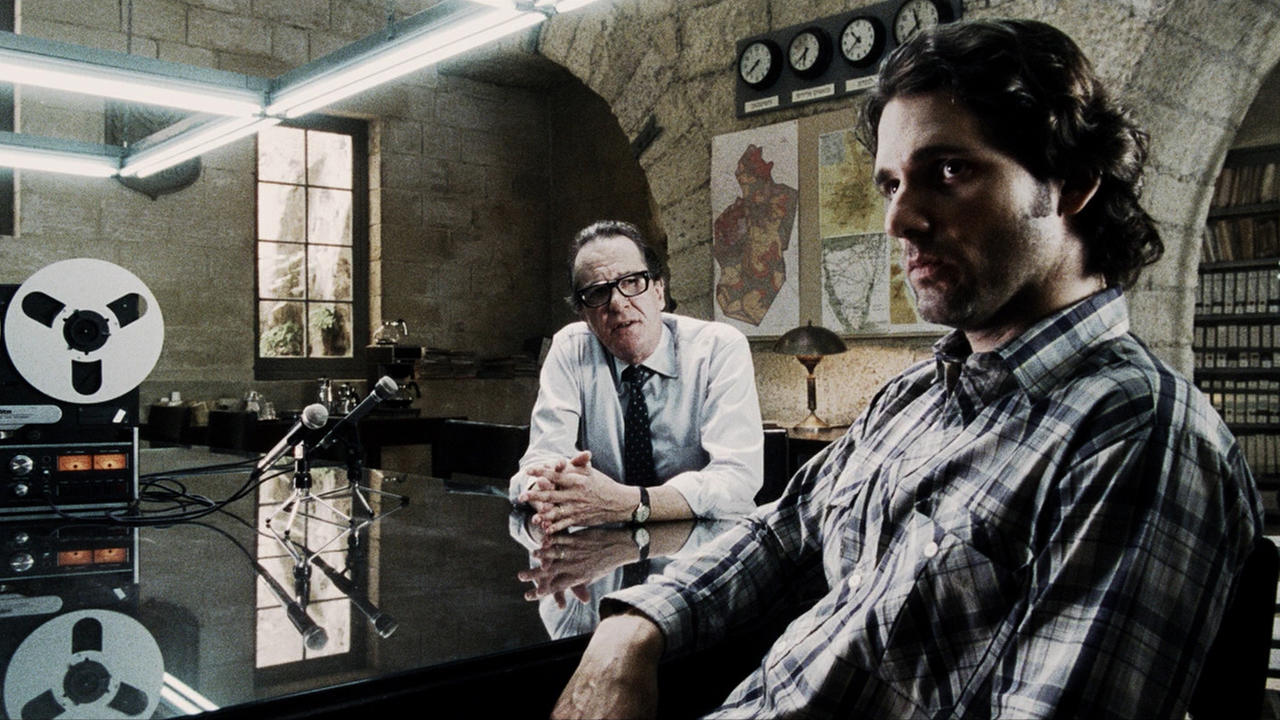 Munich remains Spielberg’s least accessible movie, at least from a pop-culture perspective. It’s a story about a horrifying real-world event, and as he did tonally with both Schindler’s List and Saving Private Ryan, he uses his particular aesthetic to deliver an intriguing, emotionally invested take on what drives the act of revenge. This is a restrained, highly bespoke Spielberg effort with little humour to offset the dour, malignant feeling of despair pervading the entire movie, and will most definitely not be a film for everyone. It’s violent, sure, and graphic, but a riveting look at not just this real-life occurrence but also the powerplay at hand regarding whether it is right and just to inflict violence back upon those who visit upon innocent people. Munich will make you think, and the directorial prowess on display may make you gasp, so for that I highly recommend spending some time with Eric Bana on his mission of revenge.