In a time when “fake news” and the destabilising of America’s great institutions has become the foundation of today’s news cycles, a film like The Post might seem a touch on-the-nose, what with its narrative involving The Washington Post’s investigation of the Government’s covering up the actual problems with the Vietnam War, and how the exposure by a privately owned newspaper ran the risk of being deemed traitorous or criminal. Freedom of the Press is enshrined in the American Constitution and The Post is all about that, directed with complexity and nuance by Steven Spielberg, and performed by a top-tier ensemble cast led by the exquisite Meryl Streep and the inestimable Tom Hanks. 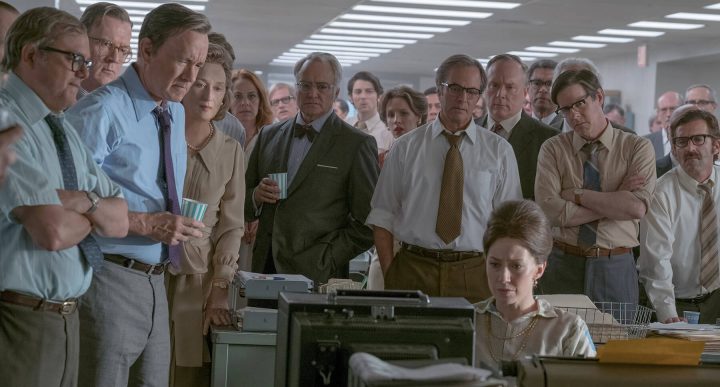 Streep plays Katherine “Kay” Graham, owner and publisher of American newspaper The Washington Post. With the public offering of her paper imminent, she is thrust into conflict with her chief editor Ben Bradlee (Hanks) when they come into possession of classified government documents outlining several President’s facilitation of the futile war in Vietnam. With fellow newspaper The New York Times ordered by a federal judge to discontinue publication, Bradlee’s staff work feverishly against the clock to publish the story despite possible legal blowback. Kay’s friend Robert McNamara (Bruce Greenwood), US Secretary of Defence, is heavily implicated in the scandal, and her friendship with him and his long-time loyalty is severely questioned when forced to choose between her nation and her newspaper. 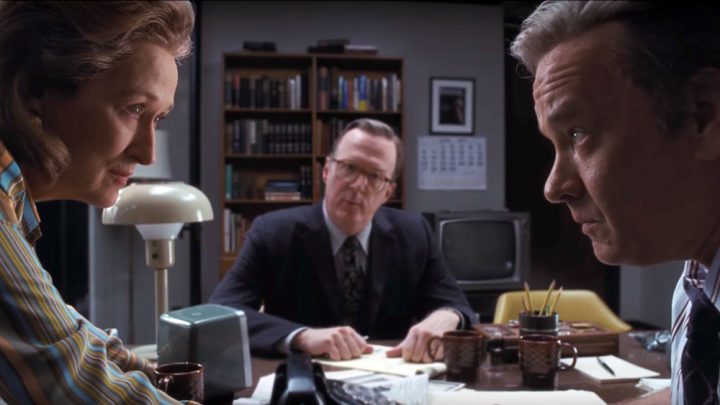 Newspaper films are among the most popular form of storytelling Hollywood ever devised. From Citizen Kane and It Happened One Night through to All The President’s Men and 2015’s Best Picture winner Spotlight, films set in newspaper organisations or featuring somebody hollering “stop the presses!” are always memorable for any number of reasons, most notably for their conflicted ethical dissertations. Journalists represent the common man in these films, beholden not to the Government or some body politic but to the truth; it’s for this reason that the US Constitution’s First Amendment reflects upon the freedom of the press. People in power – governments especially – need to be held accountable to somebody, and newspaper journalism once represented this at its most potent. 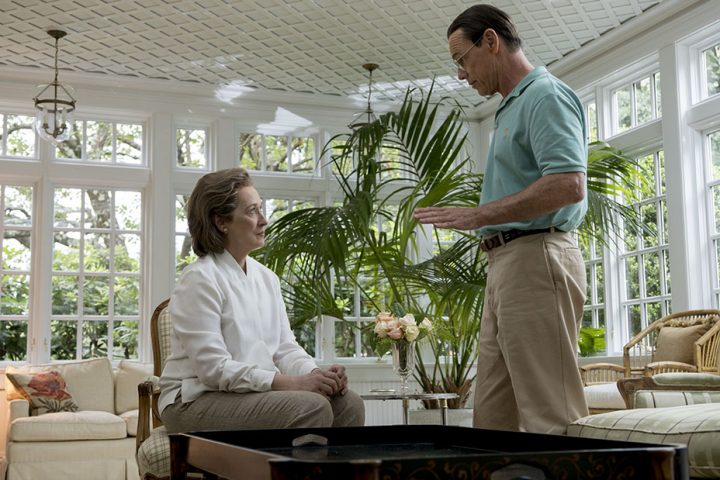 The Post, Spielberg’s swiftly-moving depiction of the infamous “Pentagon Papers” scandal that broke in 1971 with a New York Times article written by Neil Sheehan, softly draws us into the intrigue not so much with the validity of the papers themselves, but whether private newspapers such as The Washington Post had the right to publish them at all. Written by Liz Hannah and co-written by Josh Singer (also a writer on The Fifth Estate and Spotlight), The Post’s nail-biting tension isn’t so much as to whether Streep’s dithering publisher will publish (spoiler, history says she did) but how this decision was arrived at. It’s a fascinating insight into a time when newspapers weren’t so much the conglomerate entities they are (or belong to) now, but relatively small operations always scraping the red off the margins to remain in business. The script is a rapid-fire examination of the public’s right to know versus a Government’s right to keep something classified, and although not quite giving us an answer it certainly goes a long way to entertaining us with its relevant musings. 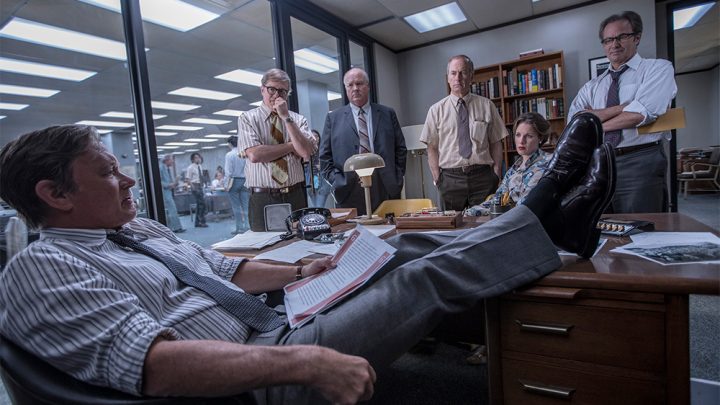 Spielberg’s hand behind the camera is evident from frame one; his masterful sense of framing, editing and shooting a scene is on-song again, with long-time cinematographer associate Janusz Kaminski lensing the film in his typical post-modern manner. The film is a warm, melancholy ode to a time now vanished, an at-times cutsey representation of Spielberg’s idea of journalism in an era when modernity and progressive thinking was shrinking the sexual divide. Spielberg channels similar cinematic verisimilitude as Geoffrey Unsworth’s work in Richard Donner’s Superman, a beatnik, bohemian rebelliousness about the newsroom coupled with frantic deadline chasing and stop-the-presses pragmatism. The urgency of news delivery is ever-present, and thanks to the lack of digital technology in 1971 (including the ubiquitous mobile phone or computers) it presents the viewer with the idea that people had to communicate far more covertly back then than they have to now, when we can encrypt everything we need. I know, bear with it. The film seems to over-light the exterior sequences (such as the iconic original New York Times building in New York City) while draping most of the interior sequences in a shadowy, furtive blanket of browns and greys. It creates an unease for the viewer, mirroring the characters attitudes and emotional states within, and whether or not you think the film works narratively, it most certainly does visually. 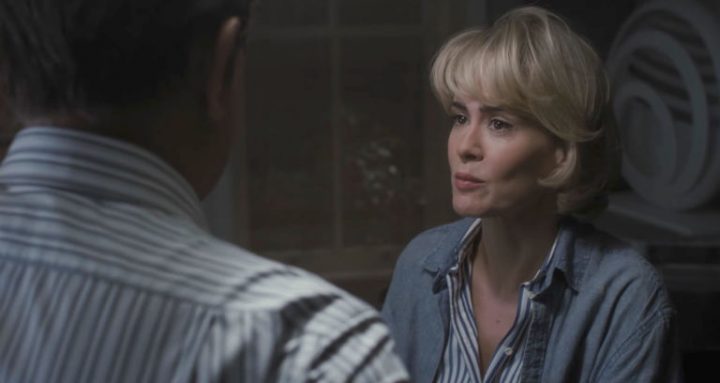 Crucial to the film’s narrative is Streep’s Kay Graham, particularly her relationship with the “men of power” at her paper, her board of directors and the various men who advised on matters pertaining to decision she quite rightfully believes could make on her own. Mention is made of the real Kay Graham’s husband, Phillip, who committed suicide nearly a decade prior and to whom her late father had bestowed ownership of the Post upon his death, and this sense of loss and failed pride haunts Kay’s decisions throughout, until she’s berated once too often by associate Arthur Parsons (a terrific Bradley Whitford). In truth I found Kay Graham a bit too ambivalent for my tastes. For somebody with so much inherited power she seemed (to me) to be either too indifferent to the outcome in situ or incapable of making a decision when the call comes. For somebody who claimed to “be in the paper since I was a child” she’s apparently unaware of many of the trappings such a role might demand, and that I found a touch unbelievable. 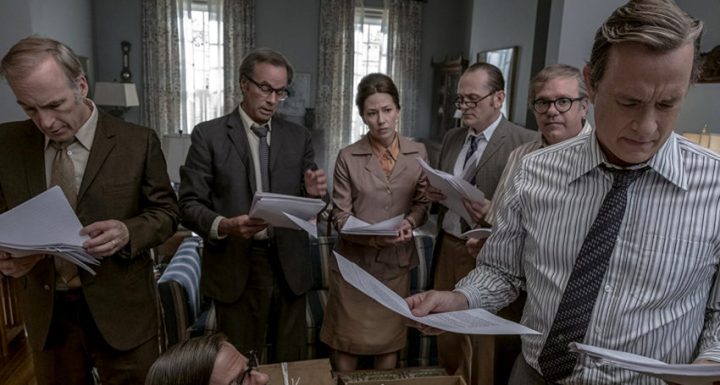 Streep, being Streep, handles the role with exquisite grace and a sense of sublime humour, and although nowhere near the Oscar-calibre performances she’s given us in the past is always magnetic when on screen. Hanks, meanwhile, chews the scenery as the Post’s Editor-in-Chief Ben Bradlee, a newspaperman of quality who handles the investigative elements of the story with bullheaded vigour. Hanks isn’t stretched, and he’s outmatched by Streep in their scenes together for nuance, but he’s at no point a weakness to the film. In fact, his addition only enhances it. So to the gaggle of supporting roles here, notably Bob Odenkirk as another writer at the Post, who handles the liaison between the paper and the source of the leaks, as well as Bruce Greenwood as Robert McNamara, Jesse Plemons as one of the Post’s lawyers, and Alison Brie as Streep’s on-screen daughter, Lally Graham. There’s class to the brim in The Post and even in the minor roles – well, let’s face it, in a Spielberg film there are no minor roles – nobody puts a foot wrong. 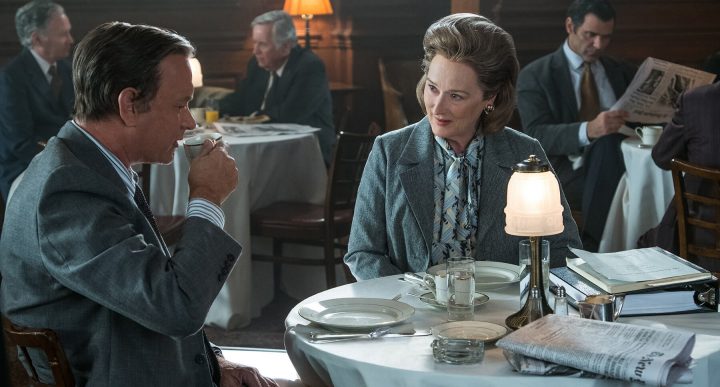 The Post isn’t a sweeping epic about the first amendment overtly, but it does hone in on several aspects of press freedom that pertain to current American governmental values that will make one nod the head while watching. Integrity was something back then, something sorely missing from a lot of today’s journalism and that’s perhaps the saddest thing about the film. Spielberg’s work here is solid, compelling and unwilling to dull itself to an unfamiliar audience (I admit, I had to spend some time on Google to make sense of who-was-who in this one afterwards) and for that he’s to be commended. A powerful statement at a time of assembled powerlessness within many American institutions today, The Post is timely and precise without seeming preachy or arrogant.