Despite his on-screen reputation for being a Hollywood hard-man and his off-screen reputation for being a vanguard of Republican lunacy, Clint Eastwood’s directorial choices have been a wax-and-wane rotation of excellent, great, good and mediocre. Very few current filmmakers have had the prolific output and consistent success as Eastwood, and while his bad films have been very, very sporadic (The 15:17 To Paris), his talent for crafting solid character work from a variety of subject matter is, if nothing else, unmatched by anyone else. Absolute Power may not be in the top ten of everyone’s Eastwood lists – hell, it’s not even in the top twenty! – but it’s an amenably diverting thriller honouring laughable contrivance with cogent performances by the director and his roster of solid supporting stars, and while its budget might seem small (a lengthy covert meetup sequence was obviously shot on the Warner Bros lot) it’s an effective pot-boiler of espionage and that’s just enough to engage the audience. 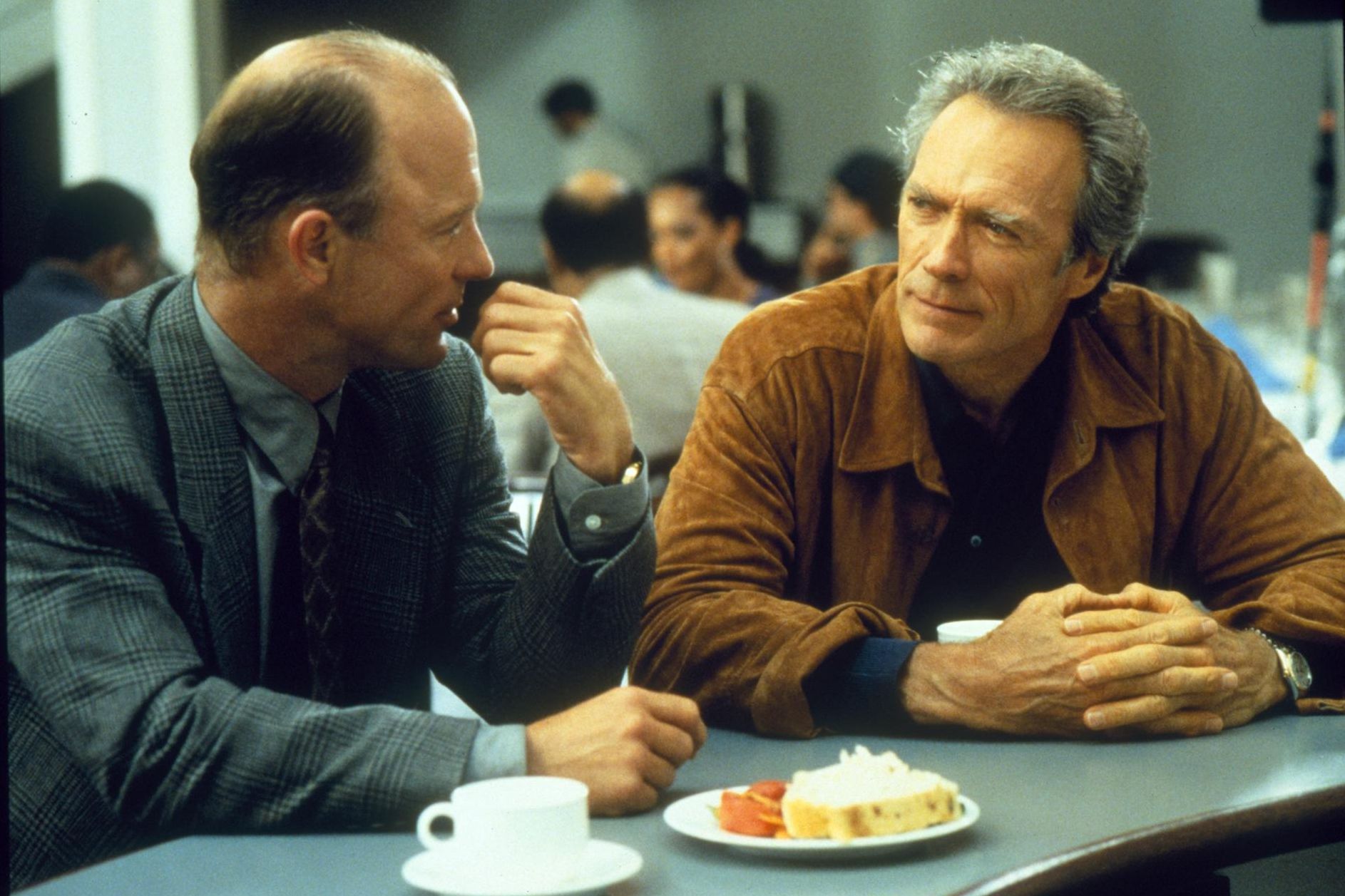 Eastwood plays master thief Luther Whitney, who breaks into the mansion of billionaire businessman Walter Sullivan (EG Marshall, in one of his final screen roles) to steal a hoard of loot, only to become trapped when Sullivan’s young wife, Christy (Melora Hardin – The Office) arrives, drunk, along with the President Of The United States (Gene Hackman). Their drunken sexual liaison eventually turns violent, which leads to Christy having to defend herself until the arrival of the President’s Secret Service agents, Bill Burton (Scott Glenn) and Tim Collin (Dennis Haysbert), who shoot her. The President’s Chief of Staff, Gloria Russell (Judy Davis), recognising a potential Presidency-ending scandal, requests the Agents cover up the crime, and set up the scene as a robbery-gone-wrong. However, Luther, in a hidden room to the side of the house, has witnessed the whole thing, and snags a dropped piece of incriminating evidence with the intention of escape. So when the President goes on television in support of Sullivan’s bereavement, this angers Whitney and he decides to use the information he has to bring down the US leader. On the case are Detective Seth Frank (Ed Harris), an assassin hired by Sullivan (Richard Jenkins), and Whitney’s estranged daughter, Kate (Laura Linney). 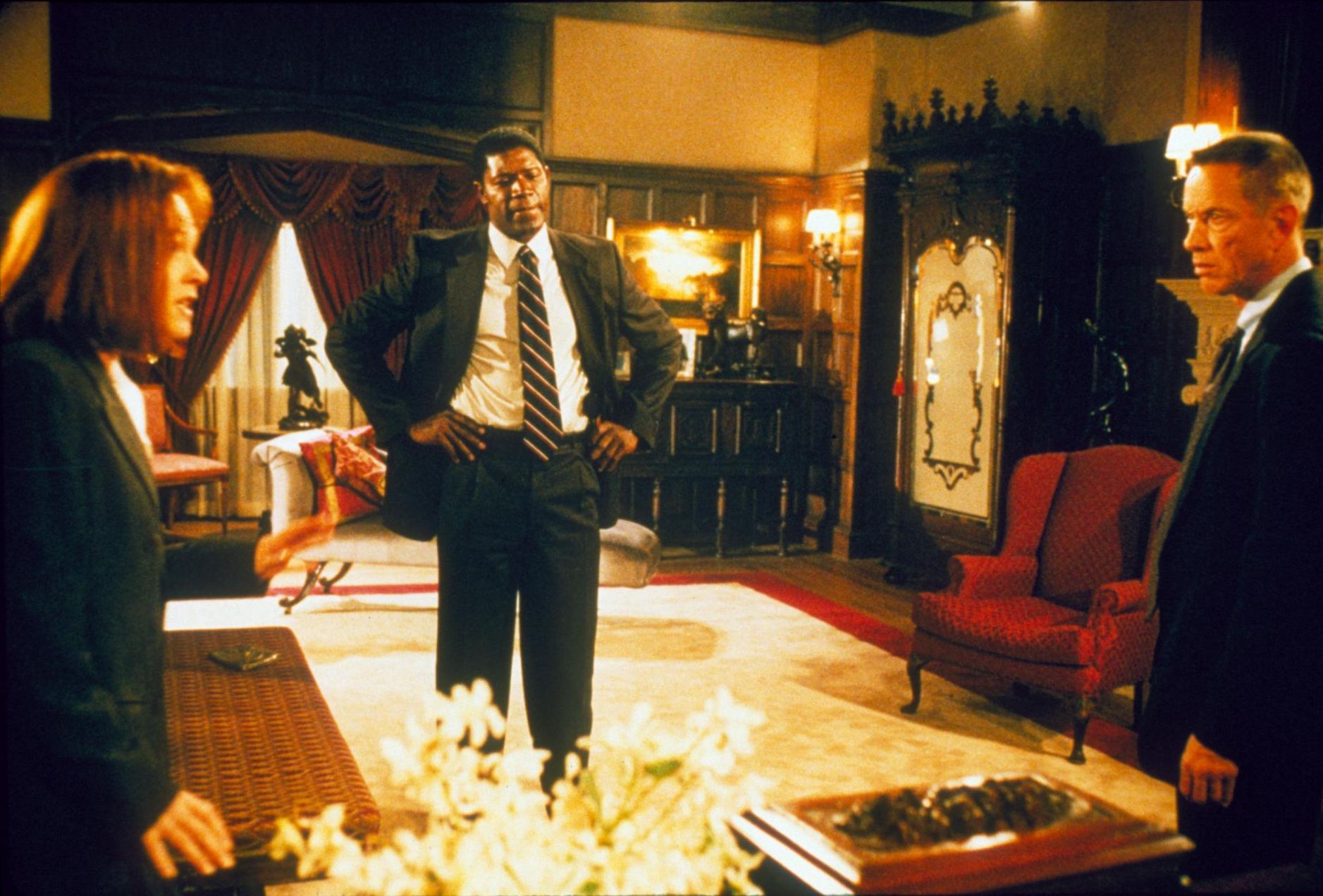 White House scandals were the flavour of the month in 1997, with duelling films featuring similar political upheavals in Absolute Power and the Wesley Snipes starrer Murder At 1600, released barely two months apart that year. Absolute Power is based on the David Baldacci novel of the same name, released the year prior, and optioned to Warner Bros to produce alongside studio legend Clint Eastwood, who both directs and stars here. Oscar-winning screenwriter William Goldman (All The President’s Men) attempts to transform Baldacci’s book into a boilerplate thriller film involving the US President, finding an uneven balance between indifferent character development and the rapid cat-and-mouse tension of Eastwood’s thief character and the pursuing law enforcement. The film’s overarching plot device, that the US President could quite literally get away with murder, is astoundingly preposterous, not the least that the President would be allowed into some random home to screw his mistress without a full sweep by the Secret Service beforehand anyway, but Eastwood directs with such restrained dignity he almost – almost – makes it seem plausible. As laughable as the whole scenario might be, Absolute Power puts the Everyman well and truly in harms way and as a fanciful political thriller it’s arguably the director’s most frigid work. I would suggest he borrowed from what he learned from Wolfgang Peterson making In The Line Of Fire, which has echoes in the DNA here.

Luther Whitney isn’t among Eastwood’s strongest or most rounded performances, leastways not due to anything Goldman manages to craft on the page, but he’s a serviceable enough protagonist with light and shade to spare; the relationship between Luther and his estranged daughter Kate isn’t especially unique nor is it really explained well enough to make the last act catharsis work, but it services the story well enough. Linney is a far better actor than the role deserved and her involvement in the story is simply there to be a motivator for Whitney’s eventual reversal of fortune, and Kate’s romantic potential with Ed Harris’ utterly un-sexual Detective Frank is an absurdity we won’t even acknowledge here. Harris seems to sleepwalk though his performance as the hardass Washington Detective and plays with the tropes as best he can, but he’s underserved by the script which gives him absolutely nothing to work with. So too Gene Hackman as the US President, a sly and bullish character perfectly suited to Hackman’s performative repertoire, and the underbelly of evil beneath the surface of the role is among the film’s stronger elements. Hackman remains frustratingly underutilised here, pushing the veteran actor to the side in favour of Eastwood’s laconic, dry delivery. 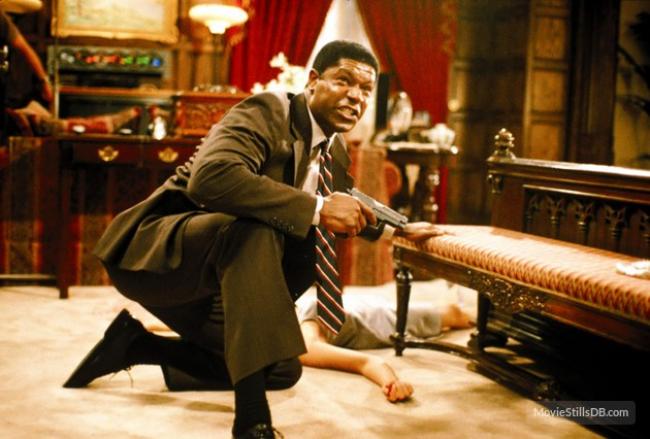 Serving as the film’s primary instigators, Scott Glenn and Dennis Haysbert are the implacable Secret Service agents on the hunt and they are quite engaging. The fact that they have the upper hand against the relatively powerless Whitney is one of the great dynamics of the movie, but for whatever reason it never seems that way or as involving as it perhaps ought. Judy Davis’ weird performance as Gloria Russell, who’s all shriek and shiver, struck me as oddball, a character without form or motivation, and her relationship with the President is strange, at best. The most authoritative and compelling supporting character has to be EG Marshall’s Walter Sullivan, whose personal tragedy forms the basis for the film’s narrative, and it’s he who draws the most empathy from the audience despite some understandable yet poor choices. 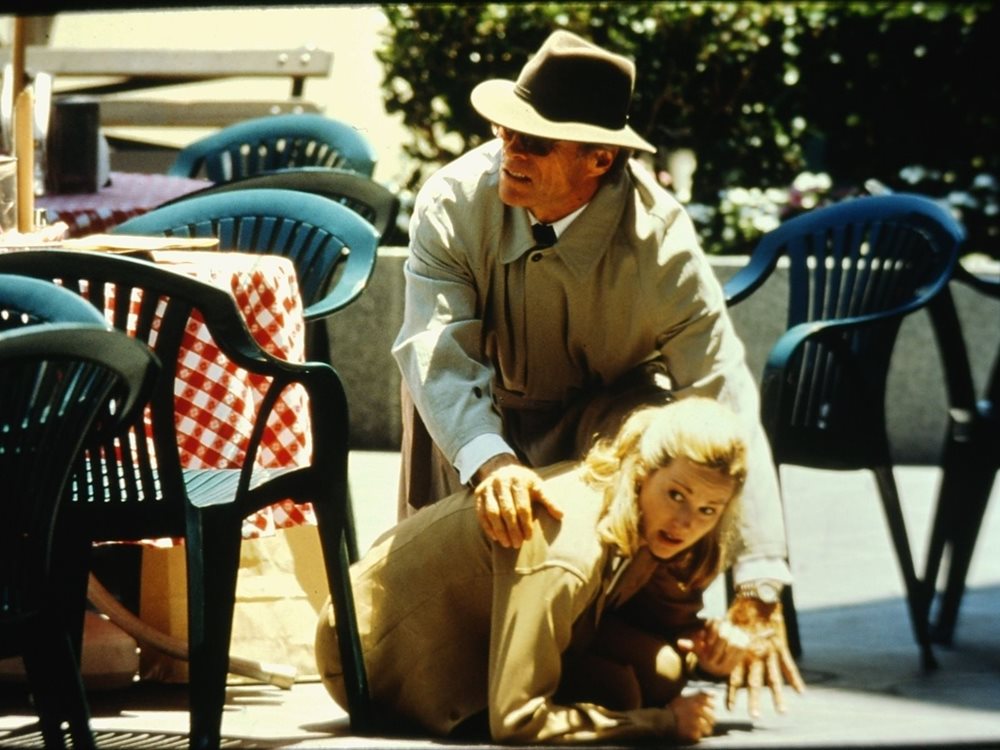 Despite a bonkers plot and Eastwood’s mannered, even-handed directorial style, Absolute Power’s masterful thriller aspects aren’t all that thrilling, and the more enthusiastic elements of William Golding’s gamely-adapted (and fairly different) script fall into uncharacteristic slump by a filmmaker unable to adequately weave the intricacies of political machinations with deadpan character development. It’s a routine pulp crime outing with big-screen clout, but there’s an absence of sizzle to be found anywhere. The salacious nature of the President’s dalliance is skimmed over, the hunt-and-chase by both the Washington police and the Secret Service is laughably inadequate, and no matter how hard anyone on-screen tries I can’t buy them taking this seriously for a minute. Serviceable 90’s action doesn’t get more humdrum than this – Absolute Power isn’t as bristling as it like to believe it is, and although diverting enough for a rainy Sunday afternoon it won’t linger long in the memory.