Marvel’s fourth Phase Four Disney+ streaming show is Hawkeye, which, as the title might suggest, centres around the OG Avenger’s only remaining powerless member following the events of Avengers Endgame. While Hawkeye might not be among the most popular Avengers member, he’s arguably the most relatable, having exactly zero ability to enter a multiverse or blast beams of energy from his hands/eyes/ass/wherever, and with the heroic demise of his best friend, the Black Widow (Scarlett Johansson, who isn’t involved in this project) is now trying to get his family life back on track. This six episode series endeavours to lay the groundwork for the studio’s most obvious ploy yet, the assemblage of the Young Avengers, which includes Kate Bishop, a character in the comics who inherits the mantle of Hawkeye from Clint. The series also features a protracted cameo from Black Widow star Florence Pugh, as well as the return of fan-favourite villain Kingpin in the visage of Vincent D’Onofrio, who we last saw in the third and final season of Netflix’ Daredevil. 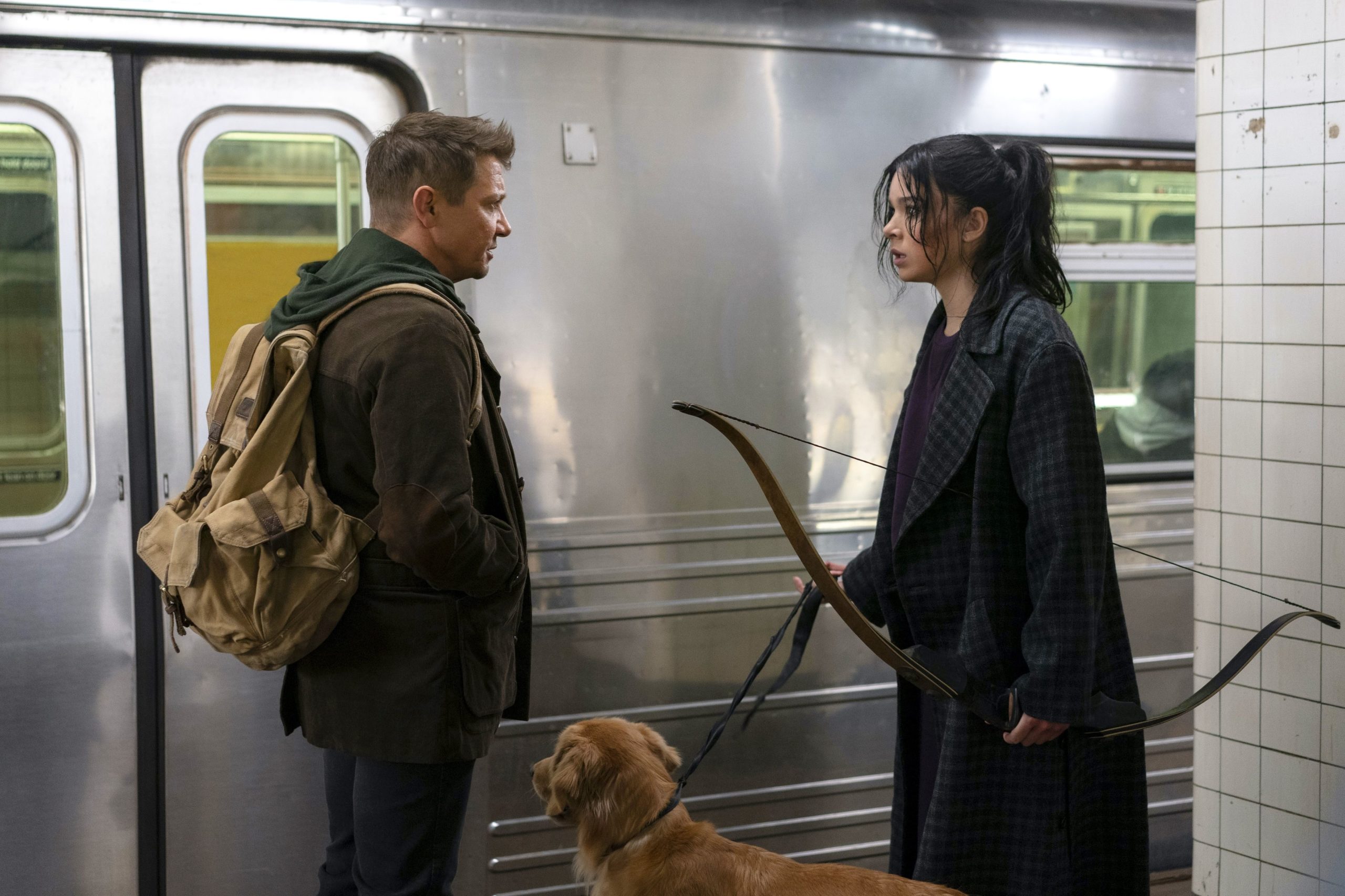 Set around Christmas in New York City, young ingenue Kate Bishop (Hailee Steinfeld), a renowned archer, swordswoman and prolific martial artist, becomes estranged from her mother Eleanor (Vera Farmiga) when their paths cross alongside that of Clint Barton (Jeremy Renner), an Avenger now trying to rekindle his family life following the events of Avengers Endgame. Clint is drawn into Kate’s life when his is given an opportunity to reclaim the costume of the masked vigilante Ronin, who was in actuality Barton himself during the five years following Thanos’ snap. Also hoping to claim the costume is the bumbling but determined Track Suit Mafia, a gang of hoods led by Kazi (Fra Fee) and his deaf sister Maya (Alaqua Cox), who are working under the command of a mysterious figure in the New York underworld, the Kingpin (Vincent D’Onofrio). The relationship between the Kingpin and Kate’s mother is also a question requiring an answer, while Kate is also dealing with a potential new stepfather, the devilish dilettante Jack Duquesne (Tony Dalton), who appears to have designs of his own.

Whereas WandaVision, Falcon and Winter Solder and Loki all felt fairly prestige in their presentation and focus, Marvel’s Hawkeye seems more like an after-dinner mint, fresh and bustling with cartoonish energy and nonsensical plotting and contrivance. It’s a Young Adult version of the Marvel Cinematic Universe, with the prime focus being not on Jeremy Renner’s ubiquitous Avenger Clint Barton but rather on Hailee Steinfeld’s Kate Bishop, a character no doubt soon to become central to the wider MCU as it progresses through Phase Four. The inclusion of Florence Pugh’s Yelena, who is also granted a brilliantly executed Thanos Snap backstory sequence here, is an indicator of Marvel’s wider plan for their younger casting, no doubt leading to some kind of Young Avengers roster that will play out in the years to come. 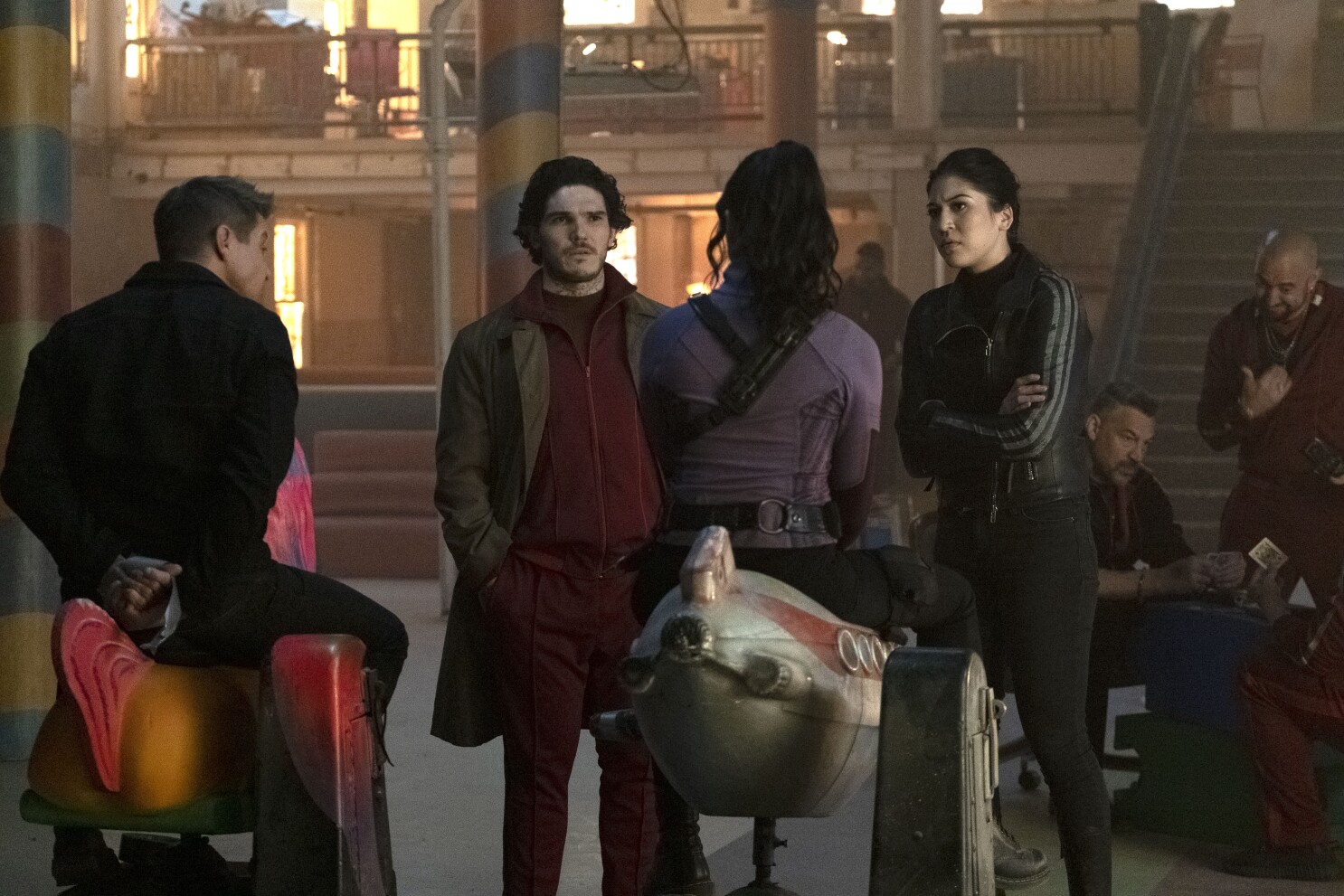 As sprightly as it is silly, Hawkeye finds an ill-footing with me thanks to an unfinished sense of focus and a failure to adequately close out the story by the end of its sixth and final episode; the re-introduction of Vincent D’Onofrio as Kingpin is something fans have been salivating over for years, since the Netflix Daredevil series was cancelled, and as a payoff here it feels a touch overblown. That the series ends so downbeat, without a real sense of closure, is perhaps endemic of the issue the MCU finds itself in having to continually pre-empt upcoming themes and plot points without being able to satisfy a specific story at hand, and Hawkeye suffers from this concept quite profoundly. It’s so busy setting up ancillary characters and other projects in the pipeline it occasionally forgets to focus on the reason we’re all watching: Clint Barton’s Hawkeye. 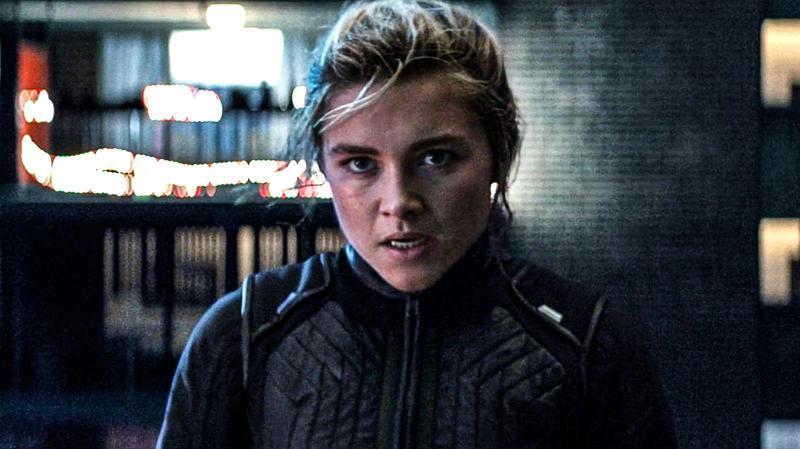 The story weaves several subplots together but the central ones involve Barton trying to tie-off his time as the murderous Ronin in a manner suitable for Disney’s young-kid audience and reconcile the death of Natasha Romanov, and Kate Bishop losing her innocence in entering the life of a hero and having to learn about sacrifice, all whilst firing off quips and trick arrows to a bumbling squadron of tracksuit-wearing villains. Whether the series adequately sets up Kate Bishop as her own character or closes off Barton’s sanguine life stage suitably is a matter of opinion – I think the former is underwhelming and the latter is handled brilliantly – but in trying to accomplish all this it also has the mandate of setting up Alaqua Cox’ Maya Lopez as something of an anti-hero in Echo, a well-known comic character producer Kevin Feige is no doubt hoping to turn into a franchise player. Hawkeye fails utterly to make her a compelling enough character to warrant such effort, and I’m disinclined to think she’ll return in the manner this series hopes her to. Another fragmentation also plays out with Florence Pugh’s Yelena popping in to vent her frustration over both Natasha’s demise and the lost five years she spent dead thanks to Thanos, and blames almost all of this squarely at the feet of Clint. This alone would make for a captivating mini-series but it’s afforded a grand total of about ten minutes within Hawkeye’s overstuffed running time; yes, with six episodes of content to manifest there’s plenty of waste to spare here, with the juicy, fatty good stuff diluted by a load of indifferent character shenanigans ultimately failing to ignite the audience. 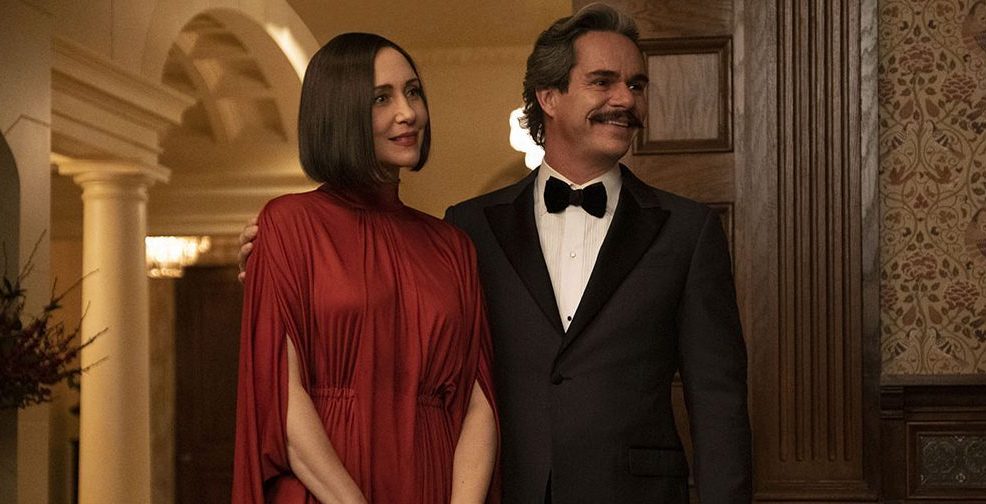 It’s hard to fault the performances of either Jeremy Renner or Hailee Steinfeld, both of whom to solid work as their respective characters. Renner, in particular, slips into Clint’s skin like you might an old shoe, and his grizzled, downturn performance is emblematic of his loss and suffering over the journey of his time in the MCU. Steinfeld, by comparison, is all youthful enthusiasm and supercilious bravado, a perfect antidote for Barton’s melancholy and yet unable to penetrate. The actress gives her all to the role and comes off surprisingly well, despite some shocking character writing and logic decisions. That’s half the problem with Hawkeye’s indifference to its audience: it doesn’t know when to joke or be serious, and that’s a serious problem for a franchise that to-date has balanced this kind of quippy pressure-release quite well. The Track Suit Mafia is arguably the stupidest set of villains this side of The Ten Rings, it’s hard to imagine even New York’s police taking them terribly seriously. When you contrast their ineptitude with both Maya and Kazi’s more sinister machinations you wonder how the gang ever stays together. An lengthy interlude between Clint and a gaggle of LARPers (if you don’t know what that is, Google it) is among the series’ most inane developments and inhibits a lot of enjoyment for the back half of the series, and Kate’s wannabe stepfather, the absurdly preposterous Tony Dalton as Jack Duquesne, will make you absolutely cringe – that Dalton’s character arc is a resounding failure isn’t the worst of Hawkeye’s trip-ups, but it’s high up there. 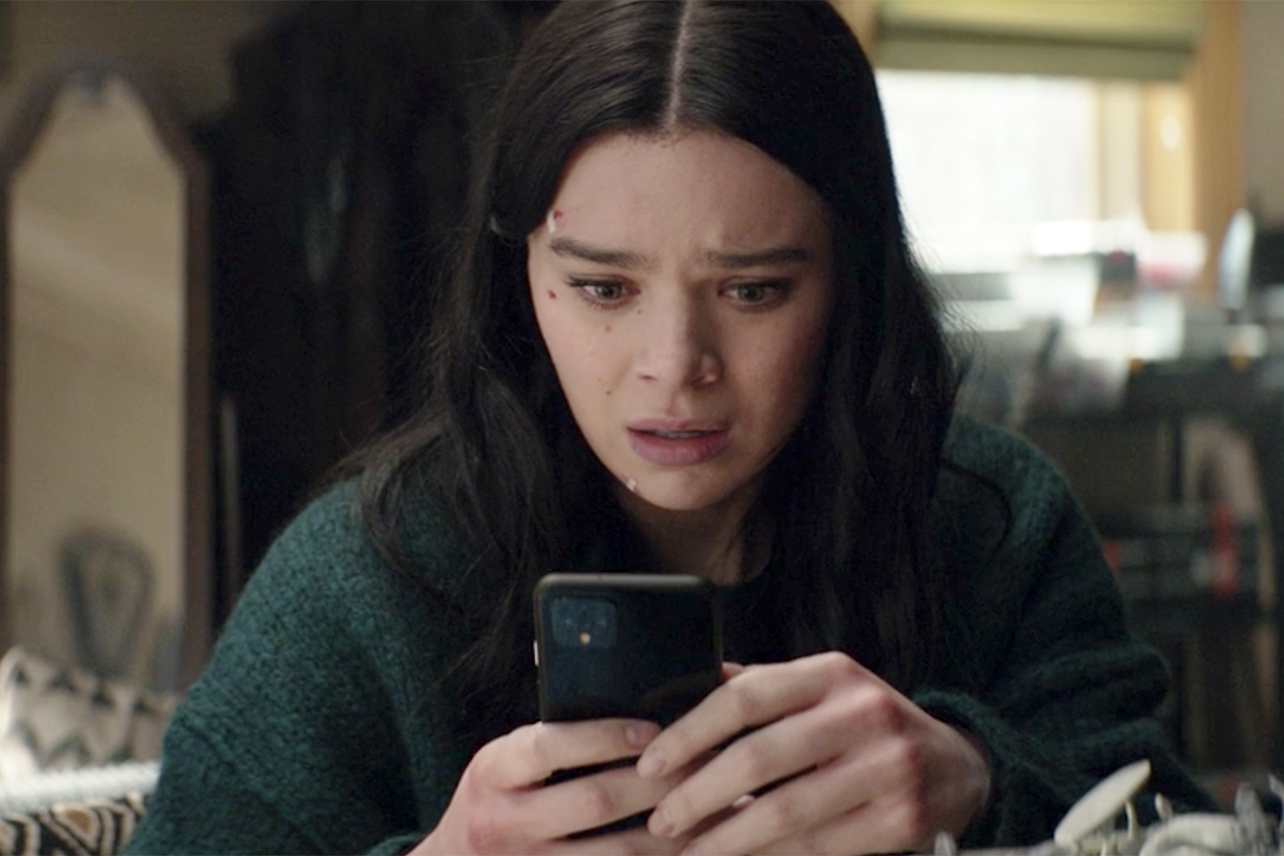 If nothing else, Hawkeye is an attempt by Marvel to make a more traditionally comic-booky series for all audiences. It’s a kind of Adam West Batman-esque take on Marvel’s superheroes, a silly and illogical adventure lark lacking either social bite or enough character nuance to overcome the failures. Thrusting too many characters into the series without paying any of them off well enough is perhaps the biggest problem Hawkeye faces; the inclusion of a fictional Captain America Broadway Musical in both the opening episode and as a end-credit surprise in the finale will bring a smile to your face (and have to humming the series’ biggest success, a new song spawned from one of Steve Rogers’ most iconic lines of dialogue, which to my mind was never uttered in any public setting so exactly how people knew about it is a total head-scratcher), and Vincent D’Onofrio’s appearance in Episode 6 will have you fist-pumping with joy for an actor capable of truly bringing a sense of menace to the MCU’s more human, earthbound scumbags. 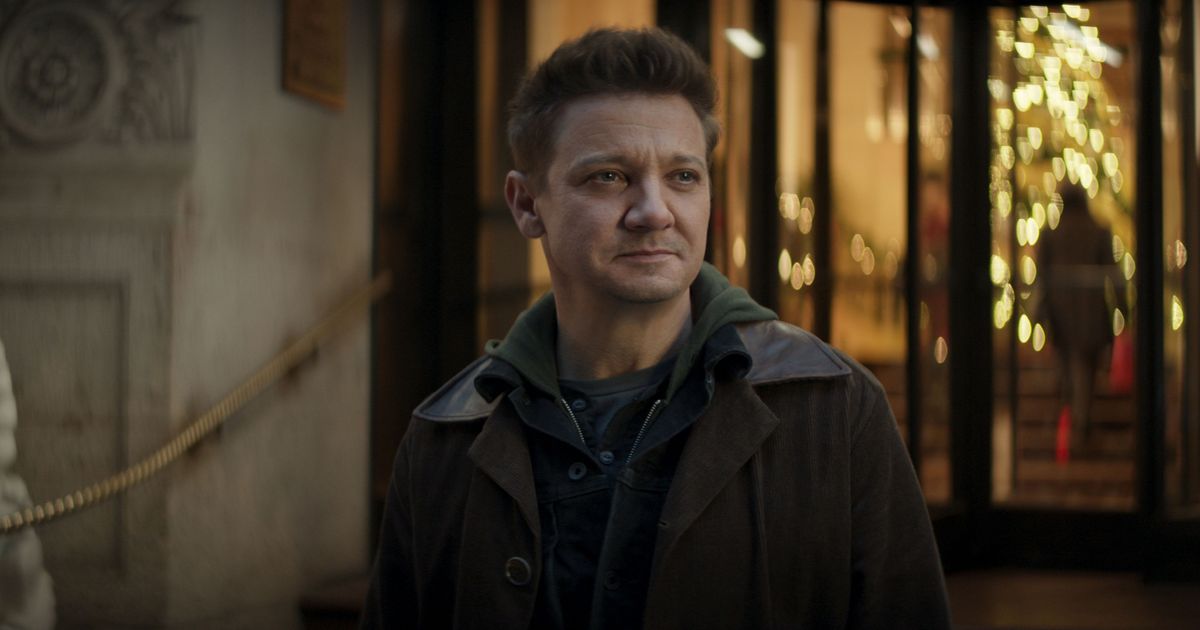 Overall, Hawkeye wasn’t terrible but the good work it did was overshadowed by consistent plot holes, illogical and convenient character choices and a raft of typically “don’t think too hard about how it all works out” storytelling that has begun to pervade the more light-hearted elements of the MCU. I enjoyed this Christmas-themes series for what it was, but I doubt I’ll be revisiting it in a hurry; nonsensical comic book series should be better than this, and given the budget to hand you’ll find it disappointing it isn’t.