Okay, so you’re breathing again? At the end of Infinity War, Thanos had won: he snapped his fingers and the power of the Infinity Gauntlet wiped out half of all life in the cosmos. The Avengers, decimated and scattered to the stars (and to the wind… heh heh), had suffered incalculable loss and suffering, and now the universe had to reconcile their defeat with the ultimate genocide. The stakes literally couldn’t be higher. So we come to Endgame, the concluding chapter in what MCU boss Kevin Feige has described as the “Infinity Saga”, coupling together all three Phases of the MCU – representing a decade of cinema – to this point. Could the Russo Brothers, directors of Infinity War as well as preceding MCU films Captain America: The Winter Soldier and the pivotal Captain America: Civil War, deliver the finale to end all finales? With Infinity War and Endgame shot simultaneously signs obviously might point to “hell yes!” but considering the weighty depths Infinity War plunged us into would Endgame satisfy not just the hungry hardcore fans but also casual observers as well? It’s a tall order, and an order we suspect Feige himself asks of all his filmmakers: is the resolution worthy of all that’s come before it? 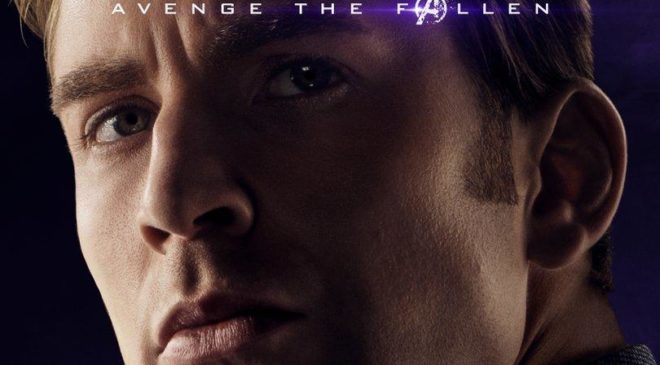 Synopsis: With half of all life in the Universe wiped out, the remaining members of Earth’s Mightiest Heroes, the Avengers, assemble on Earth to count the horrendous cost of defeat. The small team, comprising Thor (Chris Hemsworth), Tony Stark (Robert Downey Jr), Bruce Banner (Mark Ruffalo), Natasha Romanoff (Scarlett Johansson), Rocket Raccoon (Bradley Cooper), and the newly arrived Carol Danvers (Brie Larson), team up to take revenge upon Thanos (Josh Brolin), who now resides in a far-flung corner of the galaxy.

The short answer to my question above is, yes, yes it is. Endgame is a resounding success of the kind never before witnessed by cinema: a startling, emotional, emotion-charged finale to 20+ films of storytelling, across a decade of heavily invested studio creativity. That Endgame works as well as it does can only be the direct result of Kevin Feige’s involvement, having guided this “Infinity Saga” since Iron Man back in 2008, and the producer’s canny ability to continually tap quality directorial talent – such as the Russo Brothers, who do rather excellent work here again – should earn him an eventual “services to cinema” Oscar sometime in the future. Knitting the disparate characters from multiple singular properties and combining them into a cohesive whole of structure, development and weighty cosmic stakes seemed easy in Infinity War, yet with Endgame’s inevitably darker, edgier climactic statement there was always a chance the payoff may not have succeeded. It does. In every way you expect, and also in innumerable ways you did not. 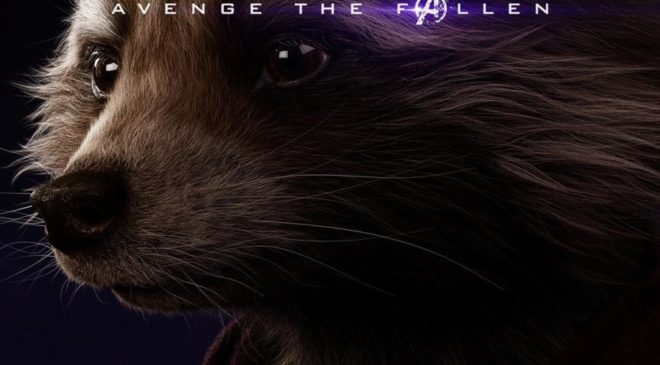 It should be noted that casual audiences get absolutely zero chance to try and figure out what’s going on: you’re either already invested in this universe and this story, or you are not, more fool you. Viewers are expected to have a grasp on who all these characters are, what the basic plot is, and not require a lengthy catchup. Having said that, Endgame does work well enough as a stand-alone film, so if you’re not up with the minute of all things Marvel you’re not going to be totally lost, but a lot of the humour and character interplay only really snaps (pardon the pun) if you know what’s what. A lot of the marketing material for the film has also avoided almost all plot, character and twisting surprises since it began, so if you’re one of those “Ahh, I’ve seen the trailer which means I’ve seen the film” types you’re as wrong as wrong is possible to be. What was intriguing to me was matching up the footage I remember from the trailers with the final film and working out just how cagey Marvel and the Russo Brothers have been in only showing us what they want us to see = different shots, digitally altered images from trailer to completed film have hoodwinked us before, so thinking you know what’s coming will have you thinking the wrongest things. Endgame being the highly secretive project that it was, it’s astonishing that some of the action, character work and plot points in the film have remained largely unsullied by overzealous advertising. 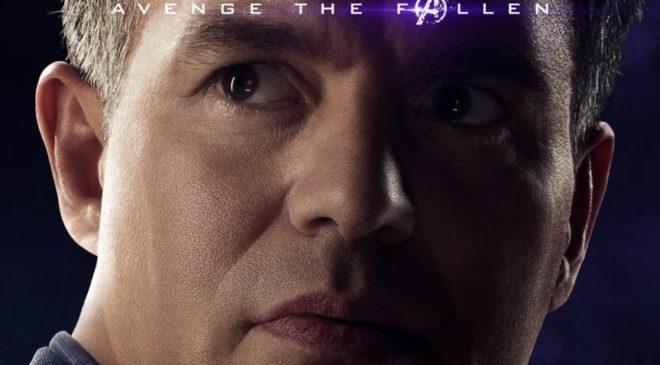 The script here, as it was in Infinity War, is written by Christopher Markus and Stephen McFeely, whose past MCU resume reads like the greatest hits of the franchise, having worked on both The Winter Solder and Civil War previously with these directors. They innately understand what works as both a comic property and a cinematic venture, able to straddle the balance between goofy fun and high-octane world-ending cataclysm with ease, and the film is peppered with the MCU’s trademark wit and emotional gravitas. It leans more towards Civil War’s subtlety than Ragnarok’s outright guffaws, but out of despair some great humour is mined. The film crackles with expectation from the outset and rarely lets up, diving headlong into the aftermath of Infinity War’s snappening and presenting a world, a universe, riven by death and despair. Naturally, because they’re called the “avengers”, the titular heroes set out to “avenge” those lost by hunting down the Mad Titan and making him pay. Of course, that’s easier said than done. 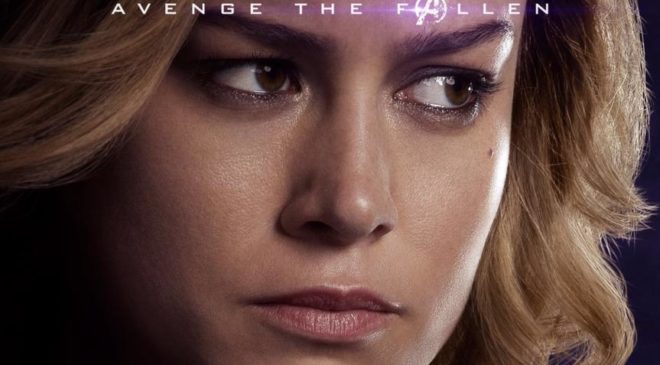 Endgame’s most accomplished feat isn’t just bringing the Infinity Saga to a close. Of course it achieves that and more (and how!) with all of Marvel’s heft and plot-thread tying-up in full flight, but what Endgame also does well is set up the very future of the franchise in ways I found pleasantly surprising. Marvel have a tricky thing to do heading into post-Endgame era, that is giving us new and compelling heroes to follow as some familiar faces bow out; Brie Larson’s Carol Danvers, aka Captain Marvel, was heavily promoted as being the “face” of the MCU heading forward, and her billion-dollar solo movie proves that audiences are prepared to follow her adventures, but with the events of Endgame putting a full-stop onto many of our well-known characters’ arcs and storylines, the film feels like somebody’s hitting a reset button a bit. The baton has been well and truly passed. As much as it delivers the rousing send-off you expect, it also breathes life into the MCU’s post-Infinity flavours heading into 2020 and beyond. 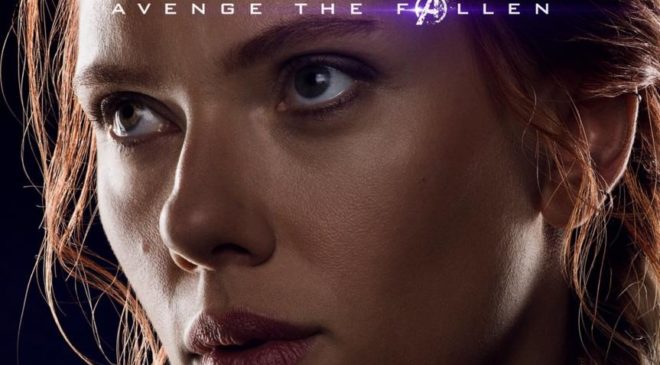 Indeed, the climax of Endgame is its most breathtaking accomplishment. At a tick under three hours of storytelling, Endgame only occasionally feels a touch long. After a fairly sombre opening hour, things pick up: Endgame’s quick-paced multi-character ensemble work is dynamic, giving each actor a chance to shine (similarly to that done in Infinity War) and everyone has a “moment” of crowd-pleasing comic-y heroics. That moment in Infinity War where Thor and Groot and Rocket arrive on Earth and exhort everyone to “Bring Me Thanos”? Bettered, here. Of course, Endgame isn’t without its own surprises and shocks, and the sense of melancholy at saying goodbye contrasts heavily with the euphoria of as pure a comic-book-movie as it’s possible to have delivering on your expectations, brings a palpable feeling of closure and enthusiasm mixed together. It’s a weird feeling, but one that will sit with Endgame for a long while to come. Since Infinity War, we’ve all speculated over the fate not just of those killed by Thanos’ snap, but the eventual outcomes for the MCU’s stalwart big guns, Tony Stark, Thor, and Captain America. The resolution to their internal conflicts and the sense of finality to Endgame’s cosmic shenanigans will give long-time fans a genuinely magnificent closure to the story, rest assured. At times moving, at times euphoric, and at all times swinging for the fences and mostly hitting home runs, Endgame never fails to do the one thing it’s designed to do: entertain. 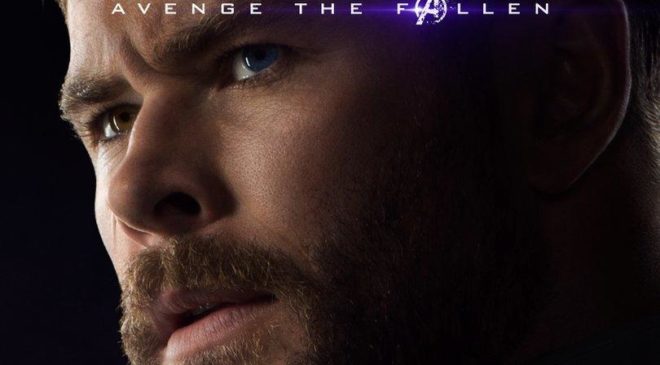 If I did have one tiny nitpick, other than the somewhat slow opening act, it’s the character work done with Thanos. In Infinity War, Thanos was the central character, and the writing and performance (and effect) on him in that film were (and remain) a highlight of the MCU. Here, things don’t quite work so well, with Thanos consigned to a sidebar character for a lot of the film, and what little meaty texture his character gets to work with just doesn’t feel as cohesive as before. Brolin encapsulates both the resignation of his feat and the acceptance of his fate well, but his character motivation at a crucial plot juncture just didn’t feel quite so well polished as Infinity War’s singular threat. It should be reiterated that, much like he did in the earlier film, Thanos is an absolute beast when he’s on a tear, and make no mistake he goes on a tear here too. But with the focus shifting to grief, loss and the re-establishment of our core Avenger grouping as the central characters, Thanos’ reduction in screen time and consequent sense of menace felt too much like a disservice to the overall thematic core and resonance of the story. As I said, though, it’s a tiny nitpick, at best. 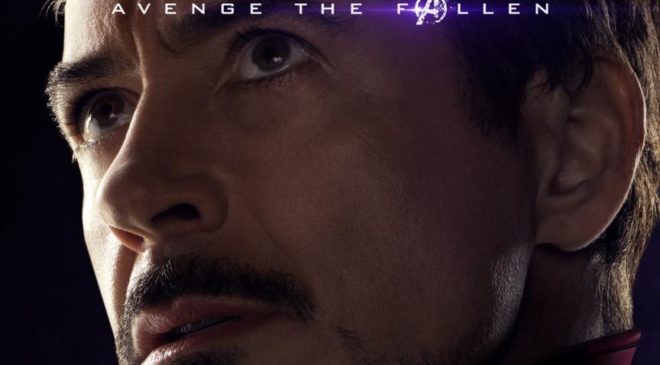 One can’t fault Marvel for having the guts to go all-out with a three hour monster slam-bang comic-fest. They’ve earned it, at least. To the studio’s credit, and to the credit of the Russo Brother’s solid direction, Endgame absolutely, unequivocally delivers. It’s the near-perfect conclusion to a sprawling, epic adventure the world has been enraptured by, a feat possibly never to be rivalled in modern times for intricacy of character, service to fans, and payoff to more dangling plot threads than I care to count.