Phase Four of the Marvel Cinematic Universe kicks into gear with WandaVision, a 9-episode series streaming on the Disney+ platform. The series sees the on-screen return of Wanda Maximoff and the android known as The Vision, following the shattering events of Avengers: Endgame. Elizabeth Olsen and Paul Bettany reprise their roles as the titular characters, alongside returning supporting stars Kat Dennings (Thor: The Dark World) and Randall Park (Ant-Man) and incoming new castmembers Kathryn Hahn and Tayonah Parris, in what has become (thanks to the Covid19 pandemic) the opening salvo to the next era of the MCU’s wider overall narrative. The series formed the basis of countless theories, conspiracies and potential story points as fans turned the show into the must watch weekly event on the small screen, culminating in a season finale that polarised even the most hardcore fans into those who loved it and those who… well, didn’t. 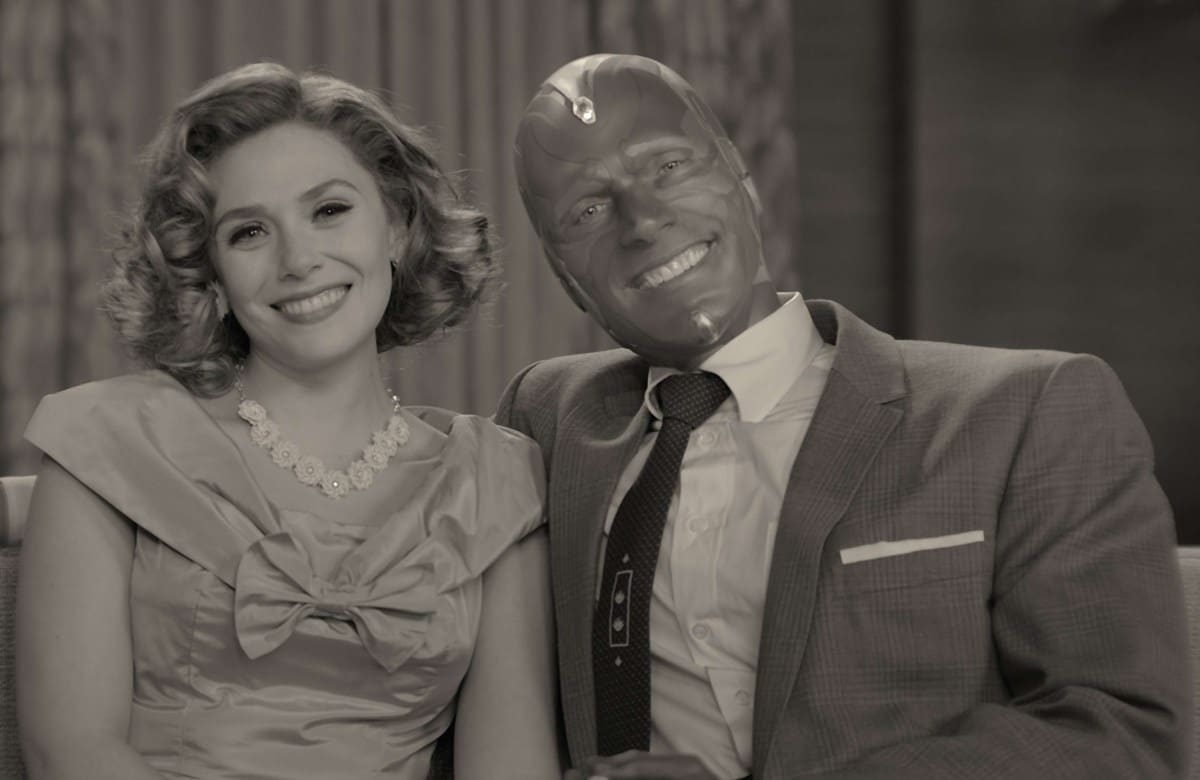 Set approximately 3 weeks after the events of Endgame, the show sees Wanda (Olsen) and Vision (Bettany) living sitcom lives inside an enormous energy field surrounding the town of Westview in the United States, their adventures broadcast to the outside world via a secret signal discovered by astrophysicist Darcy Lewis (Kat Dennings). Each episode broadcast appears to be representative of a sitcom of a specific decade, starting with the 1950’s and eventually transforming to the 2000’s. It also piques the interest of SWORD (aka Sentient World Observation & Response Department), the agency filling the void of the long-gone SHIELD, and Acting Director Hayward (Josh Samberg), as well as Agent Monica Rambeau (Tayonah Parris), the daughter of recently deceased Maria (played by Lashana Lynch in Captain Marvel) and FBI Agent Jimmy Woo (Randall Park), who arrive to investigate. As the series progresses, we learn that the townsfolk of Westview, including nosy neighbour Agnes (Kathryn Hahn), are being held there against their will, under Wanda’s control, and the returned Vision begins to realise that his perfectly constructed world isn’t entirely as it seems. 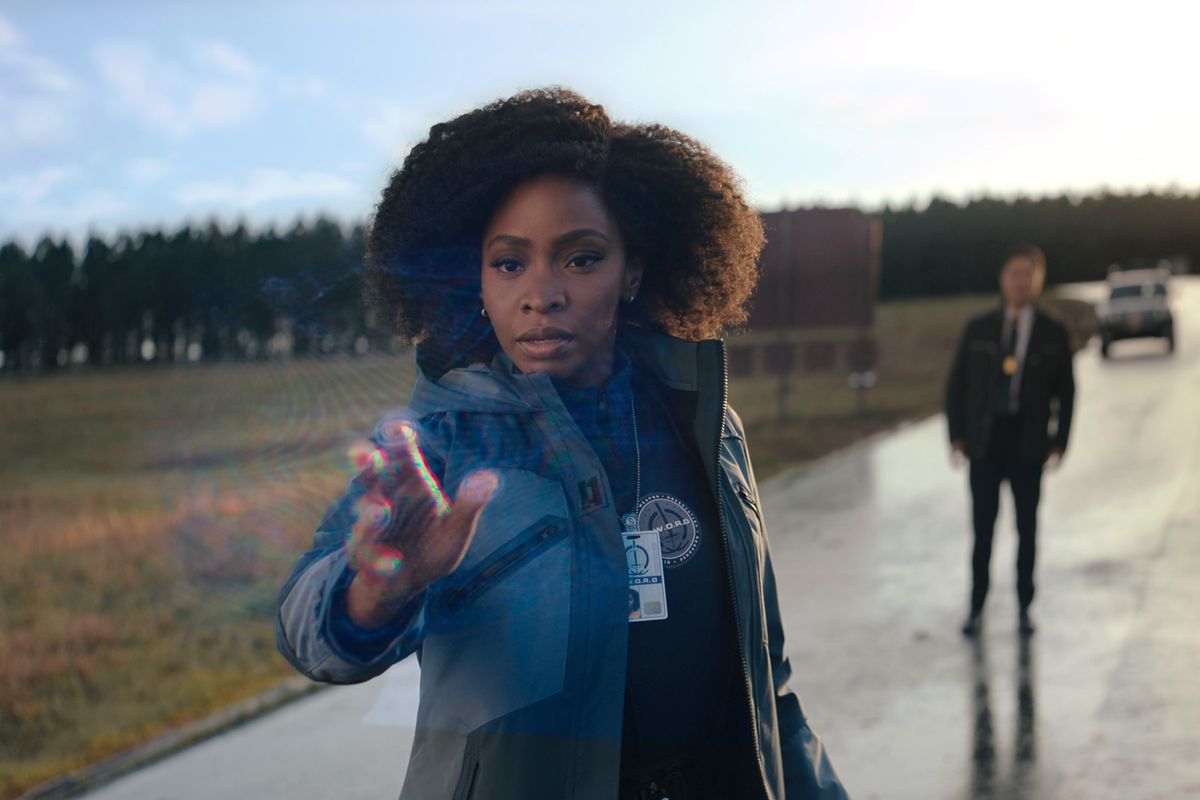 WandaVision is directed by veteran television stalwart Matt Shakman (Fargo, Game of Thrones) and written/created by Jac Schaeffer (Captain Marvel, Black Widow) and presents itself as both a sitcom and engrossing “mystery box” concept show; the early episodes perfectly capture the look and feel of classic sitcom styles – the 50’s are modelled after I Love Lucy, the 60’s after Bewitched, the 70’s after All In The Family, the 80’s after Family Ties, and the 2000’s with a Malcolm In The Middle vibe, interspersed with episodes allowing backstory encompassing Wanda’s dealings with her personal grief over losing the Vision during the events of Avengers: Infinity War, and the arrival of her brother Pietro (in the form of Fox X-Men Quicksilver actor Evan Peters, as a massive dangle to fans expecting Marvel to drop hints at how they plan to bring the X-Men into the MCU now that Disney own the rights) to assist as the “fun uncle” helping raise Wanda’s two young boys. The series plays with the sitcom format gleefully, as well as prompting the hidden subtexts and subplots through the uneasy mystery surrounding just why Wanda and Vision have shacked up in small-town USA and why Wanda’s powerful Hex manages to keep people out. 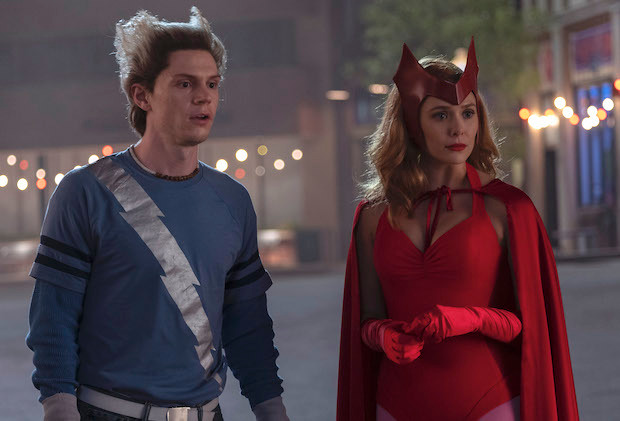 Phase 4 of the MCU was originally supposed to kick off with Black Widow, the Scarlett Johannsen prequel film initially scheduled to drop in 2020 before the studio pushed its cinematic release date due to the Covid19 pandemic. Now WandaVision shoulders the burden of commencing the new narrative threads we’re to follow post-Endgame, as Marvel strikes out in new and interesting directions following Thanos’ defeat by the Avengers in the crater of their old headquarters. Wanda Maximoff, the fan-proclaimed “most powerful Avenger” and Vision often felt shortchanged by the story parameters they were given in the studio’s ensemble films, and a full-fledged television series gives their characters more room to breathe and develop: Vision often felt like a MacGuffin of sorts, a quite literal dues ex machina that lacked any kind of depth other than superficial conflict over being a creation of arch-villain Ultron, whilst Wanda’s backstory alongside the deceased Pietro (Aaron Taylor-Johnson in Age of Ultron flashbacks) always seemed secondary to the heavy hitters of Iron Man, Thor and Captain America. In WandaVision we finally get to know them both a lot better, to understand both their own specific motivations and journeys but also their quite endearing love story. 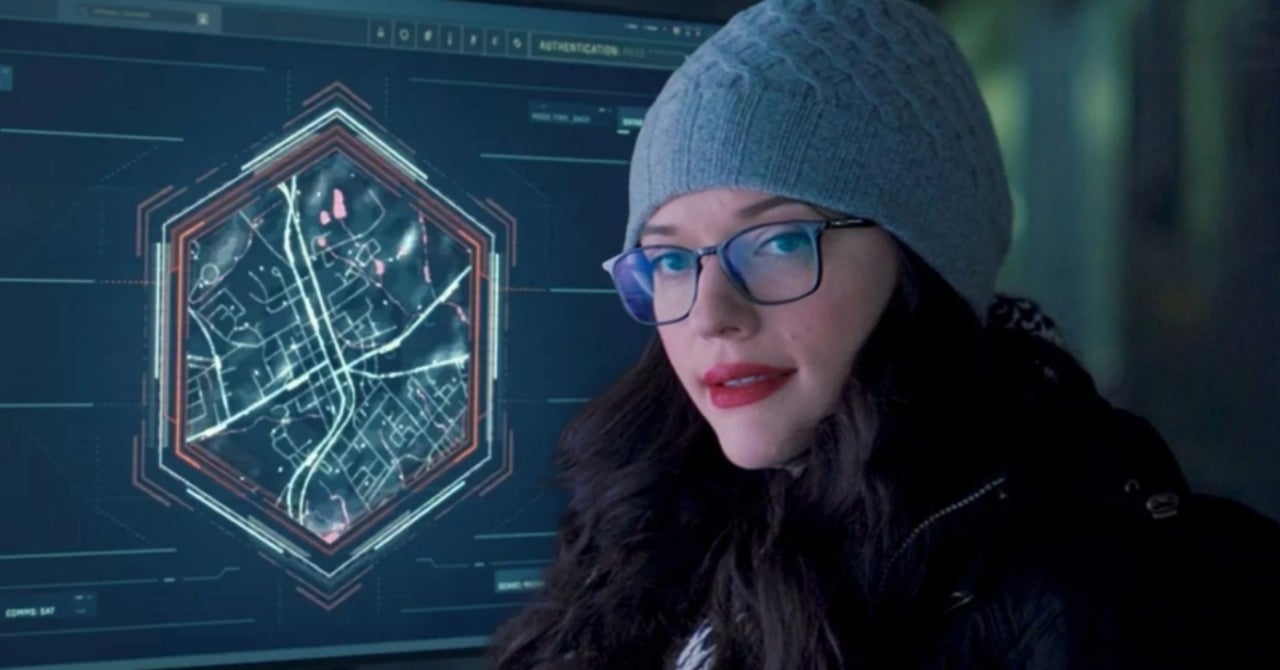 Schaeffer writes the character primarily from three distinct viewpoints, that of Wanda and Vision but also the incoming power player Monica Rambeau, who goes on to become a superpowered being of her own and an eventual member of the Avengers, the latter of whom gives us the viewpoint outside of Wanda’s Westview Hex as the various agencies attempt to breach the barrier and stop Wanda possibly destroying the world. The triptych threads work well in setting up a wider set of story points for future Phase 4 projects – producing maestro Kevin Feige has confirmed that the events of WandaVision will lead directly into both the upcoming Spider-Man: No Way Home as well as Doctor Strange in The Multiverse of Madness – as the MCU expands at an exponential rate: the volume of films and television series under the Phase 4 expansion number more than the Infinity Saga did combined! Hints at larger concepts, such as the multiverse, vie for attention  alongside mic-drop moments from the comics including the White Vision and the emergence of the Darkhold, a supposedly unlimited powerful dark magic tome stolen from its resting place in the Kamar-taj library in Kathmandu. 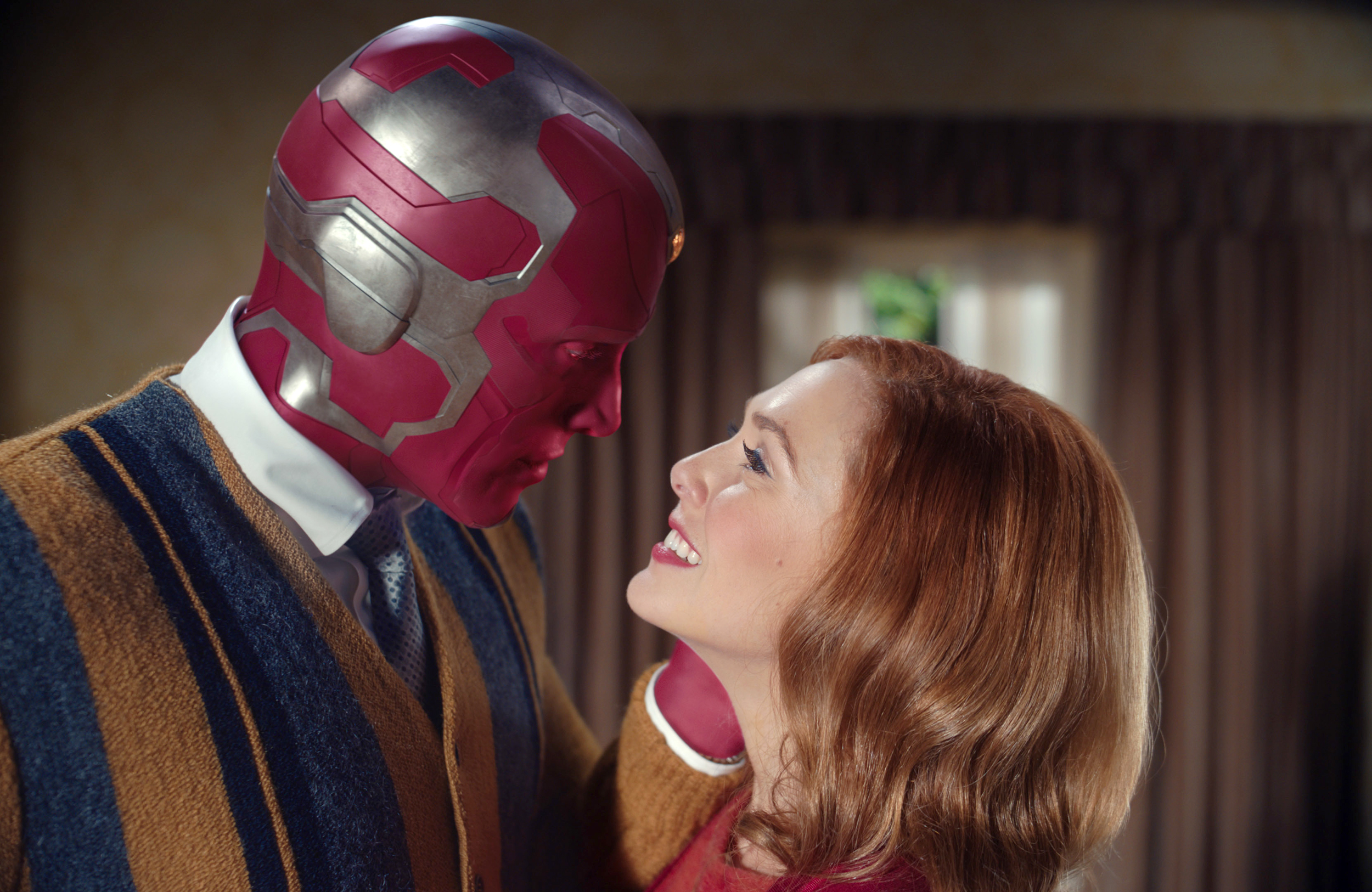 While early episodes perfectly capture the respective aesthetic of a particular era’s sitcom style – the Family Ties opening sequence to the 80’s episode absolutely got me in the feels – the series slips back into fairly generic MCU storytelling in its latter third, although the revelations and character work in the penultimate episode, in which we uncover more of Wanda’s tragic past prior to joining the Avengers, are among the best the MCU has ever done. Schaeffer and director Shakman give the series a polished, high-value look even for the early 50’s look it exhibits, with the series’ existence on the Disney+ platform enabling a constant switching of aspect ratios throughout to approximate the look of a particular era even further. The film’s set and costume design is exemplary, befitting a mega-budget show, whilst the music from Frozen score-writing duo Kristen Anderson-Lopez and Robert Lopez mixes the various demands of such a high-concept premise perfectly. This says nothing of the various CG effects deployed by Marvel’s seal of quality, which have only improved since the ropey Incredible Hulk days, and find a degree of improvement yet again over even Endgame’s stellar visuals. 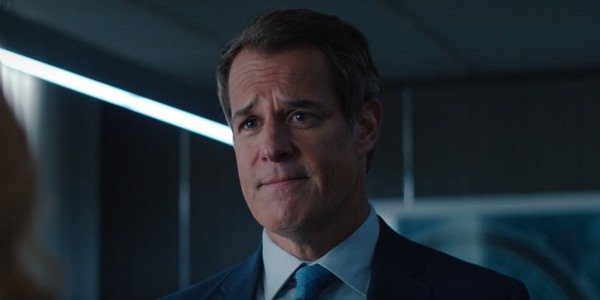 WandaVision has sparked a tsunami of fan theories and questions over its 9-episode run. Some of those theories paid off, many, many more didn’t, and in the end we’re left with several jaw-dropping questions from a finale that answered almost none. The series sets up future MCU villains and story arcs – WandaVision sorta-almost touches on the comics’ legendary House Of M storyline, but doesn’t really – and the final episode’s duo of mid-and-post-credit sequences setup future films and series’ as the studio is known to do. It’s a wonderfully produced, satisfying mega-film of production and acting, with Elizabeth Olsen delivering possibly career-best work as the tragic Wanda Maximoff and her magical destiny have the bandaid well and truly torn off in this energetic, clever and entirely endearing riff on classic television sitcoms.