Turn off the lights, crank up the volume, settle back in the couch with popcorn and a soda and prepare to be utterly thrilled by the first instalment of Fear Street, a trilogy of horror films based on the books by RL Stein (Goosebumps) and directed by Leigh Janiak (Honeymoon). Part One: 1994 is followed by Part Two: 1978 and the finale, Part Three: 1666, and all films are now available to watch on Netflix.

Although rife with horror film clichés, Netflix’ Fear Street Part One: 1994 leans well into the tropes with a gleeful sense of fun and homage to its progenitors, not the least of which is Wes Craven’s Scream, Kubrick’s The Shining, and even a little bit of Victor Salva’s Jeepers Creepers, among the many identifiable nods to the classic cinema genre. What it lacks in originality – and it lacks a lot – it more than makes up for in fun and exuberance, offering entry-level horror thrills for newcomers and a bit of nostalgic fun for older fans. If I sound dismissive of Part One: 1994 I don’t mean to be; I’ve seen very few horror films that so obviously love being what they are and play up to the audience, complete with period design and costuming, on-point needle-drop soundtrack and a terrific Final Girl performance from Kiana Madeira (Giant Little Ones) coupled with engaging and committed supporting performances that balance convention and generic ideas with flavoured textures that bring this era back to life. 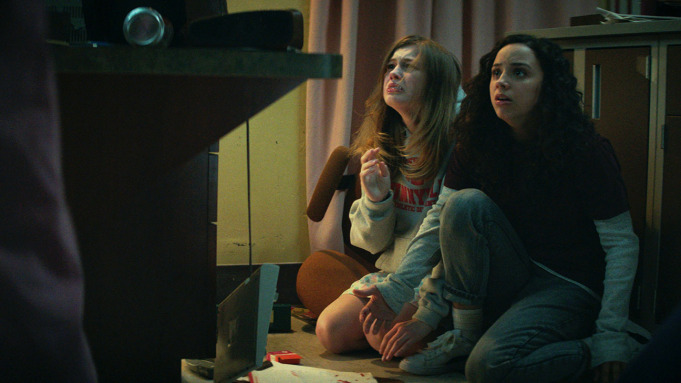 Kicking off in true Wes Craven style, Fear Street starts with bookstore employee Heather Watkins (Maya Hawke) being attacked and killed by a psychotic skeleton-mask wearing psycho in a deserted shopping mall. The film showcases that America’s murder-capital Shadyside, sister-town to nearby “safest town in the country” Sunnyvale, has long been tormented by numerous mass killings, as local residents often turn homicidal much to the confusion and despair of the local residents. In Shadyside in 1994, Deena (Madeira) has just broken up with Sam (Olivia Scott Welch) over a boy, Peter (Jeremy Ford). At a memorial for the slain teen, Deena and best friend Kate (Julia Rehwald) set off a tit-for-tat argument that leads to Sam and Peter’s car careening off the road and into the woods, coming to rest on what appears to be some kind of grassy clearing. However, Sam becomes the unwilling recipient for the spirit of a local legend, the long-dead with Sarah Fier, who possesses people in order to slay them and do her bidding. Deena, Kate, Deena’s brother Josh (Benjamin Flores Jr – Transformers: The Last Knight) and their gay friend Simon (Fred Hechinger – Eighth Grade) discover that a trio of former town residents have returned to life to hunt down and kill Sam – the eerie killer Ryan Torres (David W Thompson), the psychotic Ruby Lane (Jordyn DiNatale) and the axe-wielding Camp Nightwing Killer (Lloyd Pitts) – for reasons unknown to anyone. Even the police, led by Chief Nick Goode (Ashley Zuckerman) don’t appear to be any help, as their story is largely unbelievable. Their only hope lies in a single survivor of one of the town’s previous attacks, the mysterious C Berman (Gillian Jacobs), if only they can make contact.

Although set in the mid-90’s, Fear Street Part One owes its fulfilling sense of playful genre archetypes and gleeful trope subversion to the reinvention of the modern slasher film in the 1980’s. Films such as Halloween, Friday The 13th and even A Nightmare On Elm Street, preeminent franchises that formed embryonic cinematic catharsis for many a kid sneaking into cinemas back in the day, bear the weight of post-millennial efforts with considerable panache even now – our Icons Of Horror look into some of them can be found here – and while it mindfully avoids the gritty realism of much of today’s bilge, Fear Street trades heavily on this nostalgia without pandering to it. The film, the first in the Fear Street trilogy, is based on RL Stein’s series of books of the same name, repurposed into a single narrative and brought to the screen through the script by director Leigh Janiak and co-writer Phil Graziadei (who also co-wrote Janiak’s previous horror entry, Honeymoon). As the opening act of a trilogy, the film understands that it has a lot of groundwork to lay down whilst working as its own movie – Fear Street Part One is to the slasher genre what Tom Cruise’s aborted Mummy remake could only dream of being for Universal’s Dark Universe – and it succeeds enormously in this. 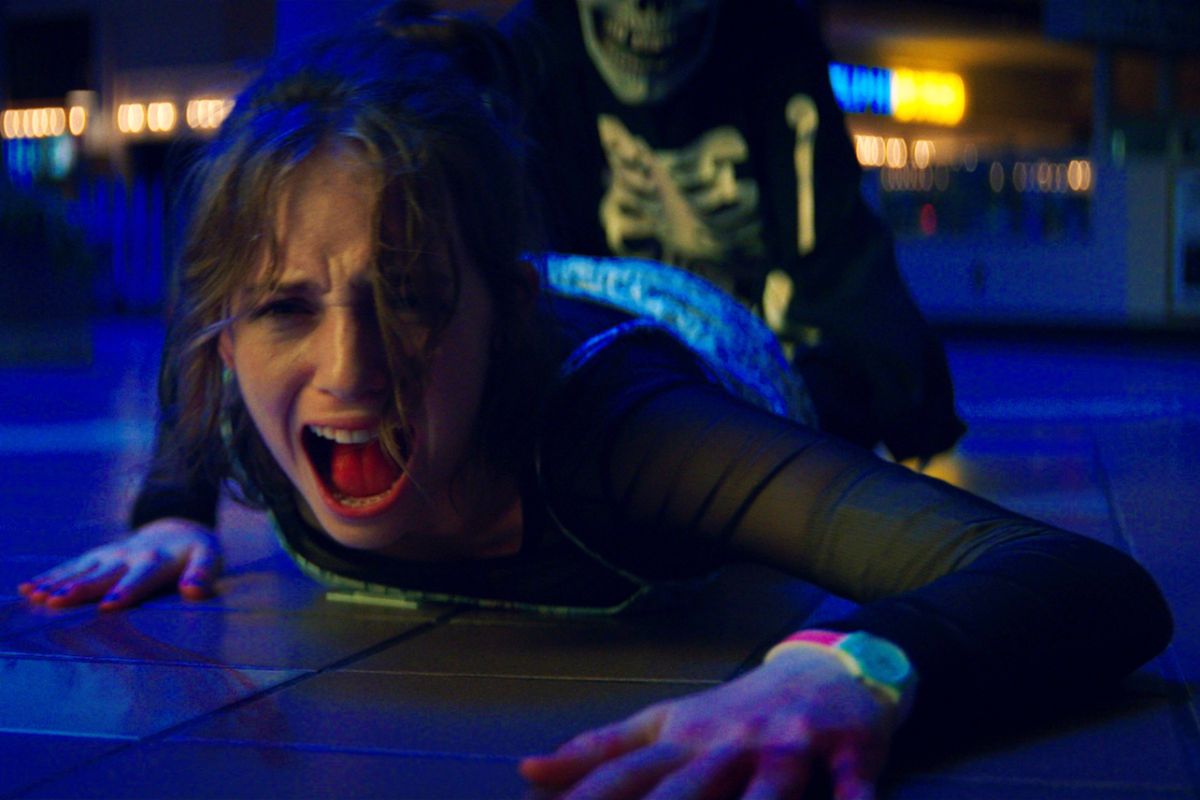 That I was a child of 80’s slasher films and appreciated Janiak’s tender, near worshipful appropriation of some of the genre’s most memorable instances, Fear Street is also accessible to newcomers to the subgenre: it was described to me as a gateway film to horror, to wit if you weren’t familiar with what slasher films were all about, this was a mighty fine introduction. The film boasts some nice little homages to movies of yore including (obviously) Scream’s opening Drew Barrymore slaying, with Maya Hawke trepidatious and alone in her shopping mall bookstore before a robed and masked killer attacks her, to a horrifying nursery rhyme motif approximating that afforded Freddy Krueger, to a head-shredding ending for one of the film’s stars via a breadcutter in a department store that echoes a little-seen horror film called Intruder (1989). There are probably more I didn’t catch, alongside the requisite tropes of bumbling police officers, sadistic school bullies, asshole cheerleaders and salacious lesbian romance filtered through a garish green neon-infused colour palette. Fear Street Part One honours its roots by not only playing to the genre’s well-known elements but making them essential ingredients in this splatter-filled romp – the villains, a trio of truly menacing paranormal hellspawn, are alternatively terrifyingly brutal (the axe-wielding camp killer, whose silhouette approximates early Jason Vorhees, is particularly effective), and sinisterly creepy (Jordyn DiNatale’s scarred singing uber-bitch Ruby Lane has a sexy yet bloodthirsty appeal), while the underlying premise of an ancient evil personified through the long-dead witch Sarah Fier, who was executed for her crimes whilst also having a hand cut off, is the catch-all for setting up this promising trilogy. 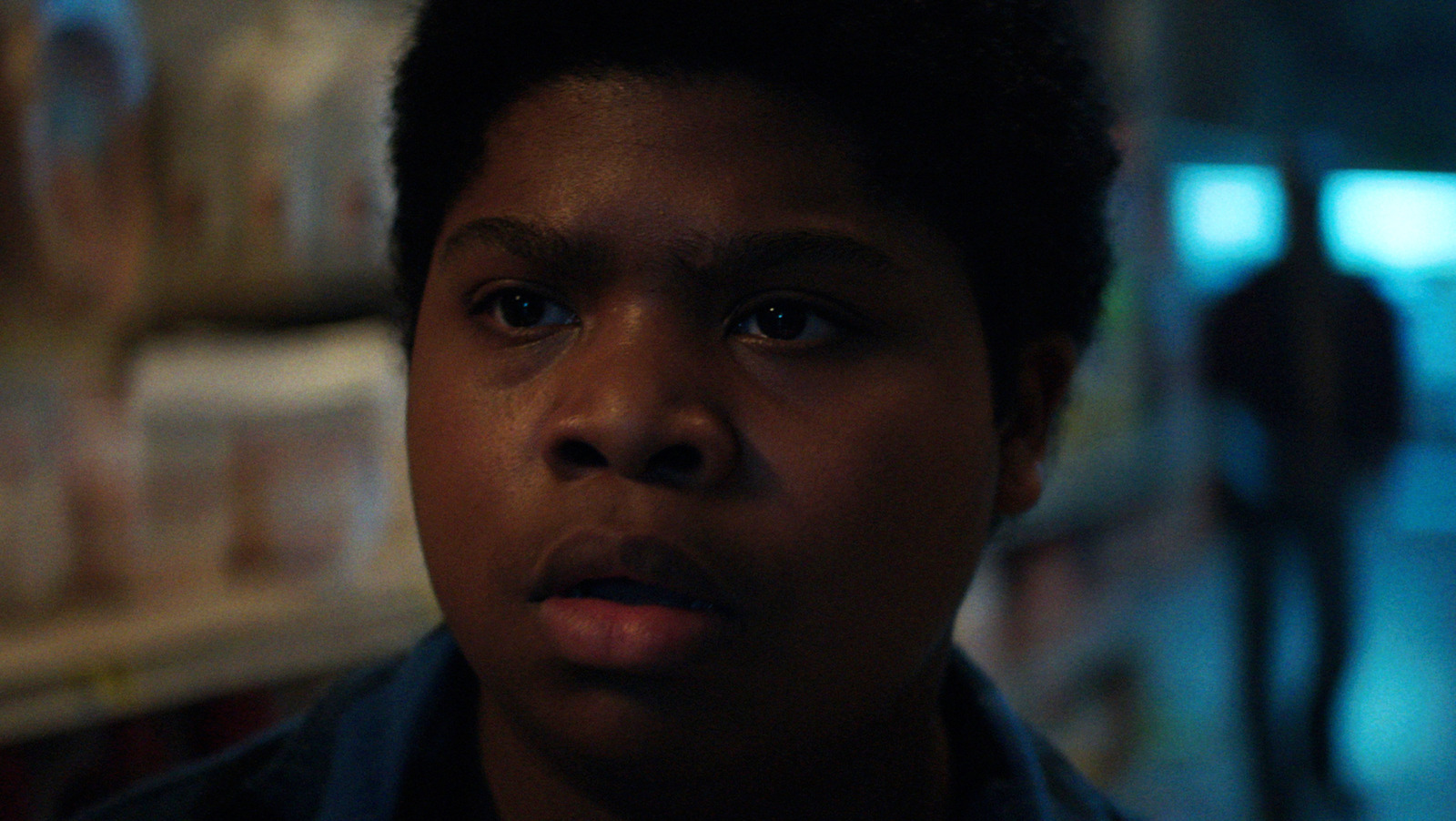 Aside from a solid soundtrack collection sprinkled constantly throughout, Fear Street Part One’s strongest asset is arguably its cast, led from the front by Kiana Madeira. The young actress personifies underprivileged and hopeful youth, a broken family and a young brother to look after forcing her to grow far more than her contemporaries. Madeira’s on-screen love interest is played by Olivia Scott Welch, as Sam, and her blue-eyed-blonde-haired look is a perfect contrast to Madeira’s sullen, sultry style. The pair also have solid chemistry, which makes their attraction to each other ring true. Julia Rehwald is probably the film’s MVP for her supporting turn as the sarcastic-yet-broken Kate, Deena’s best friend who is struggling with her own sense of self-worth whilst hiding behind a veneer of anger and arrogance. While I’ve not seen Rehwald in anything before, in this film she’s terrific and I’d suggest that of all the cast it’s she who owns the heart and soul of the relational work within. Ben Flores Jr, as Deena’s young computer-obsessed nerd brother Josh, is great, exemplifying the required Mr Exposition at key moments when the plot needs explaining. Fred Hechinger is also brilliant as Simon, another of Deena’s friends, while Ashley Zukerman plays town Sheriff Nick Goode with a sense of creepy knowingness, whilst saying absolutely nothing about what he does know – Zukerman has that horror-film look, you know, with his bulging eyes and hang-dog expression he’s either central to it all or a potential hero in the end; I’m still not sure which, but I know he’ll have a role to play in the next two films.

With a solid cast in play, the film absolutely nails the very thing you’ve come to see: brutal kills and fast-paced horror action. Fear Street Part One wastes almost no time at all setting the bar for hackle-raising creepiness as it zings from one set-piece to another laying down the framework for where the story is headed. Long-time fans of horror films might pick the main plot points coming a mile away, but the sheer energy and fun about Fear Street overrides concern of things falling into a pit of silly redundancy or cliché. Janiak helms the film with a superior helping of panache, tackling ubiquitous teenage angst amidst the rising terror of supernatural occurrences threatening everyone, snatching Stranger Things‘ Spielbergian aesthetic and mixing it with gratuitous jump-scares and boo-cuts, not to mention some nice bloody kills involving stabbing, shooting, and the aforementioned breadslicer, which delivers perhaps one of the grossest and most memorable (and heart-breaking) on-screen deaths I’ve seen in decades. When you’re dealing with a story involving ancient witches curses, resurrected spree-killers and a town built upon a constant, unwavering stream of homicide there’s only a delicate way to gravitate towards any of this being fun, but Janiak achieves it with flourish and gleeful abandon. Caleb Heymann’s astutely colourful cinematography is crisp and bright, more like John Carpenter’s Halloween than that of later Rob Zombie or David Gordon Green realism, although the use of shadows, neon and fluorescent-draped lighting design, and mouth-watering period production design make for a really inviting fantasy world of death to enter into. Gluttonously, I descended into it and gorged myself silly; satiated, the film both honours the past and precisely mixes in the new to create a film that feels fresh despite remixing old tropes, and it is wonderful. If nothing else, it certainly makes me want to keep watching and see where the sequels take us. 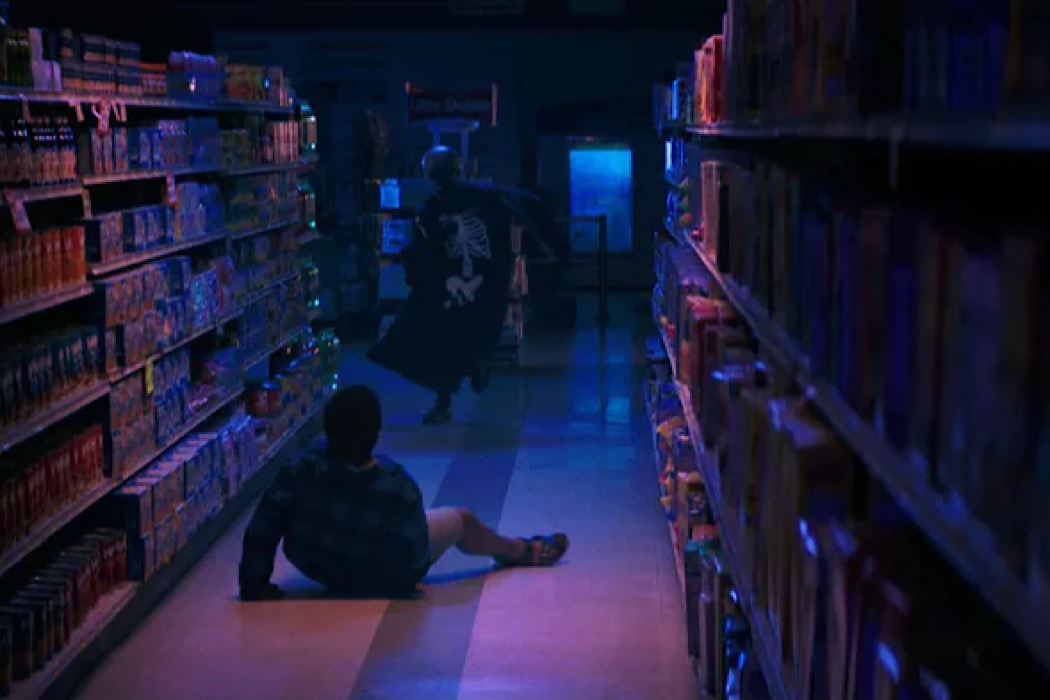 Fear Street Part One: 1994 may not offer the skin-peeling terror of Get Out or It Follows but it most astutely retains classic slasher tropes within its post-modern technical knowhow. Leigh Janiak has kicked off this trilogy with enough blood, scares and titillation to ensure the franchise remains a solid cult classic for decades to come – one might suggest it sits comfortably within the classic wheelhouse without superseding or sacrificing its own integrity to the past, as honest an appraisal as I can deliver. At the end of the day, it’s a hell of a fun film and I had a blast with it.