The thing about any genre of film is that to be a good exponent of that genre, you have to deliver what the genre requests. Comedy films need to make people laugh. Horror films need to be horrifying – if not horrific – to satisfy an audience expecting as much. Action films need to have lots of action. Thrillers, of which Netflix’ Beckett is reputedly categorised, need to offer thrills, or some manner of tension, or at least some cogent urgency to their storyline that draw in the viewer and keep us gripped until the very end. In keeping with the streaming platforms extremely hit-and-miss releases of quality films, Beckett promises a lot and delivers almost nothing about the thriller genre that suits this category. It’s neither thrilling, nor interesting, and at times becomes uncomfortably boring to the point of wanting to simply switch over to anything else. It’s sad because the premise and idea behind the film is instantly attractive to any genre-hounds, with the execution – through a decidedly inane script and increasingly convenient lapses in plot mechanics – leaving a lot to be desired. 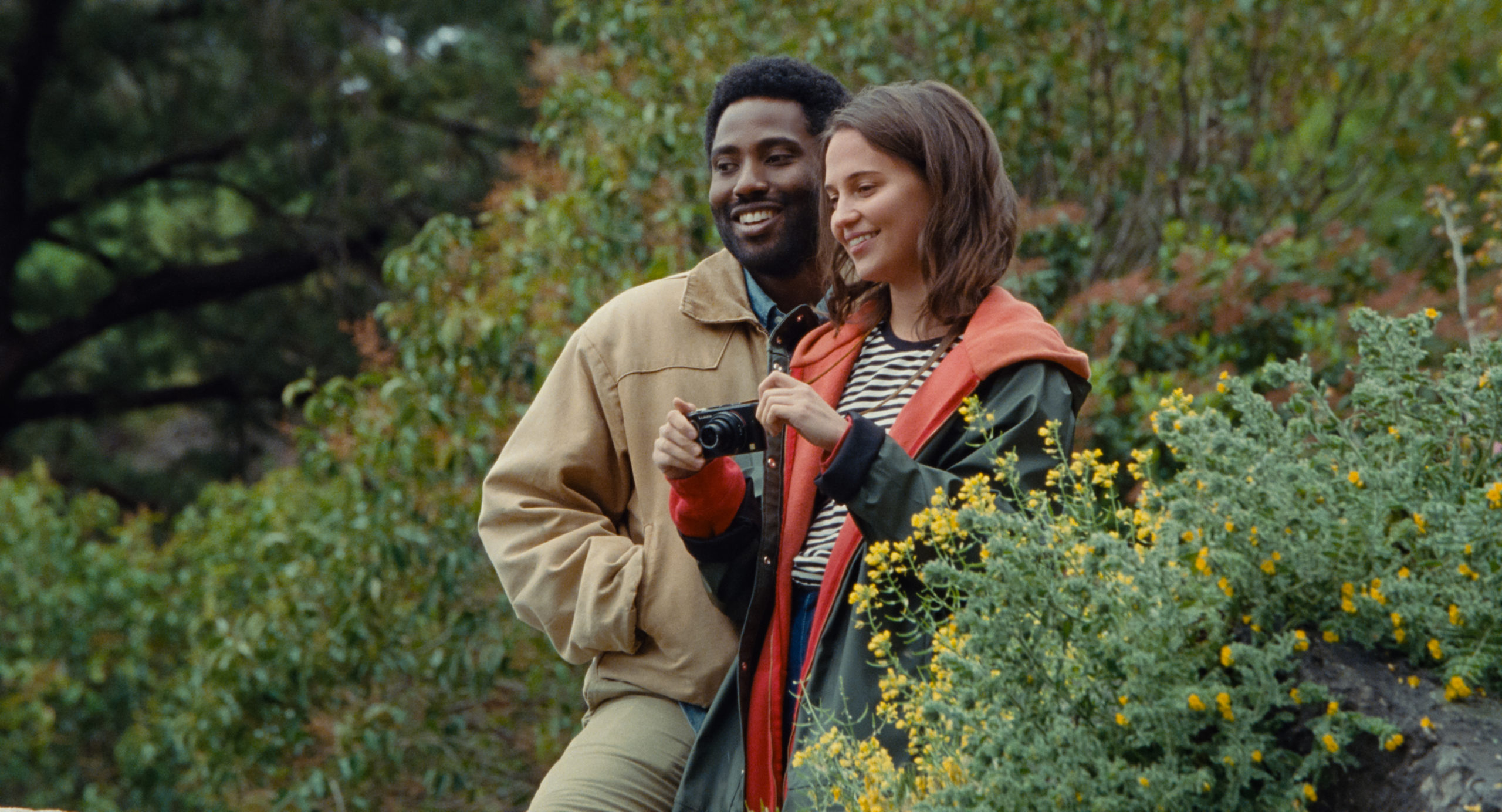 John David Washington plays the title character, Beckett, whose life is turned upside down in regional Northern Greece, where he is holidaying with his girlfriend April (Alicia Vikander), after he accidentally drives off the road and into somebody’s house. Immediately after the crash, Beckett notices the house is occupied, with one of the residents a young redheaded kid, but this is dismissed by the local police chief (Panos Koronis) upon Beckett’s release from hospital. Returning to the scene, Beckett is suddenly attacked by a ruthless killer (Lena Kitsopoulou) for reasons he cannot understand, and ekes out a miraculous escape. Unable to speak Greek, and on the run from the police who doggedly pursue him, Beckett makes his way through the country back to Athens and the US Embassy, where he meets Tynan (Boyd Holbrook), and recounts his story. Unfortunately, those who would see him dead have followed him to the city and continue to pursue, even as the city is gripped by a political protest by a local politician seen as a foil to the deep austerity measures ravaging the country. 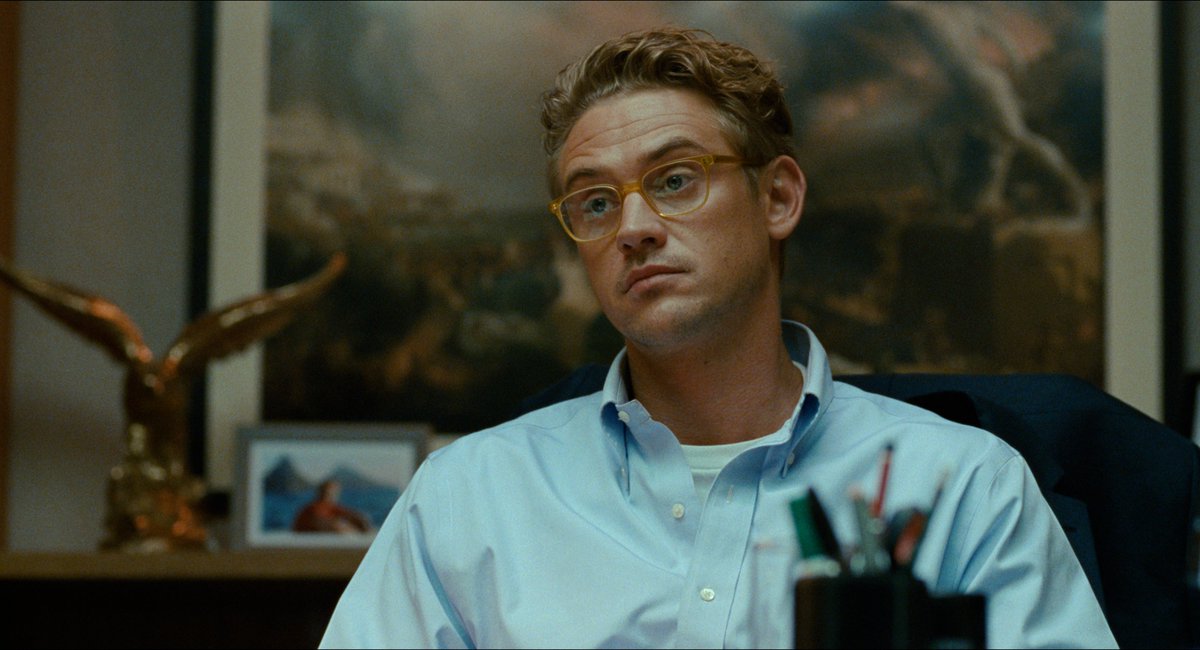 Beckett’s “wrong man in the wrong place at the wrong time” narrative falls apart quickly. It starts well enough, with just enough intrigue and mystery to give Washington’s scabrous leading character at least some kind of impetus to escape his pursuers. But as things progress, and as the “mystery” of Beckett starts to unravel, the film’s astonishing plot conveniences ruin what would have been the exact kind of movie The Bourne Identity might have been had Bourne not been a one-time super-agent with kickass skills. Washington’s Beckett isn’t a Bourne-like figure, but rather a wounded Everyman trying at first simply to survive in a hostile landscape but then unwrap the politically-motivated MacGuffin mystery the film is saddled with after the first act. Kevin A Rice’s screenplay isn’t particularly clever, leaning heavily into well-trod formula as the central character’s brains and rigid adherence to movie conventions trot out ripe, overcooked thriller elements and bastardised Bad Guy characters without once really developing them. 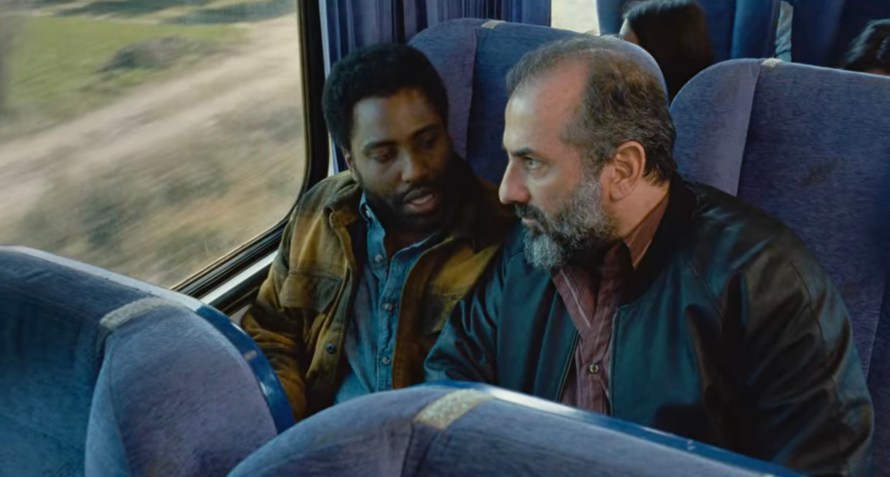 Things aren’t helped by the central character also being severely underdeveloped. I neither liked, nor cared about Beckett as a character almost ever, not even when his on-screen love is summarily dismissed early on, prompting the cross-country trek to apparent safety. The relationship between Beckett and Vikander’s Alice feels one-sided, mainly because why would a woman as vivacious and full of life want to spend even a second of time with sourpuss Beckett? Washington scowls almost the entire way through this movie, and lacks any sense of Leading Man charisma – he’s basically the same here that he was in Tenet, and just as inviting as his toxic performance in Malcolm & Marie (a film I haven’t reviewed here because it was so fucking awful I couldn’t finish it), so I’m forming the opinion that I just don’t like him as an actor all that much… If you have a leading man who has zero motivations or backstory work to extrapolate out various decisions or methods of thinking through the film’s numerous options, it makes for tough viewing. Sadly, I thought Washington was an impenetrable monolith of indifference. Even supporting turns to the reliable Boyd Holbrook, and the Mandy Patinkin-lookalike Panos Koronis as Beckett’s chief pursuer, lack gravitas, as the narrative starts to twist and turn with improbable convenience. 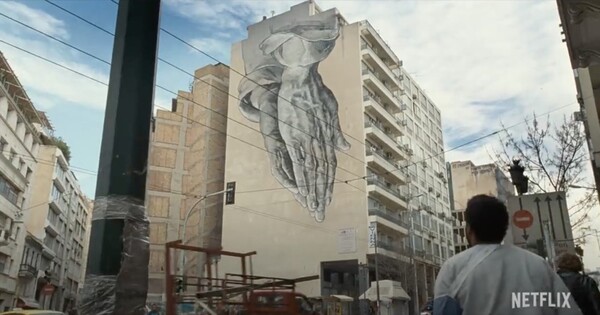 You know how stupid a film has to be to have a main character, hunted by The Law, travel thousands of miles across a country to a city of millions, only to be conveniently found again by his pursuers with almost no trouble whatsoever? Sounds like shit, right? That’s Beckett. Among the strongest of my criticisms of this film (other than the insipid direction, more of this in a moment) is the sheer avalanche of contrived plot convenience occurring in this movie to keep the thing moving. I can buy a couple of logical inconsistencies here and there as simple film storytelling, but the aforementioned hypothetical forms the truth of the film’s overarching plot device and is only one of many moments in which Beckett, a single black dude wandering through the Greek countryside and eventually into the enormous metropolis of Athens, encounters Bad Guys who just happen to be exactly where he is every step of the way. It’s laughable, having your hero staggering, badly injured through the city streets of a sprawling city like that, to be located so easily and quickly by his hunters. And the film’s climax, set atop a multi-level carpark, is jaw-droppingly stupid, a contrived wrap-up of plot loose-ends and a way to make Washington’s Beckett appear to be a hero, rather than just a dude in the wrong place. 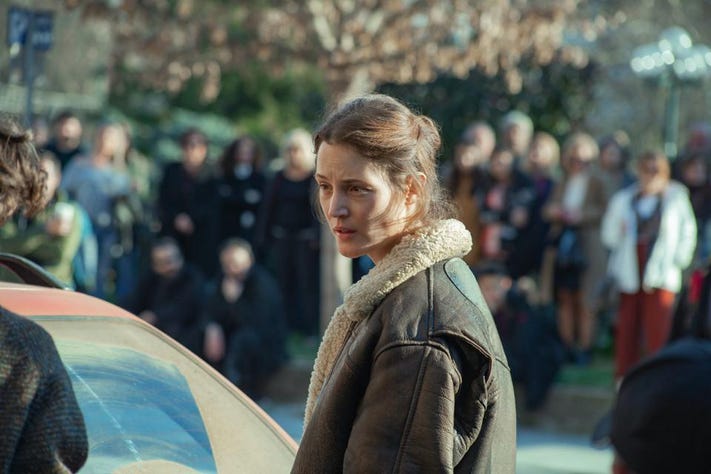 God, even the direction of Beckett runs antithetical to the thriller genre. Thrillers should offer tension, offer terrific editing and even-handed pacing (even when they’re torturously slow, like this) amid compelling characters and places. Directed by Ferdinando Cito Filomarino (partner of, and second-unit director for Luda Guadagnino on films such as Call Me By Your Name), Beckett’s style could be described easily as whimsically overinflated. This is a film that thinks it’s better than it is, and Filomarino is not a director of content strong enough to hold attention. Beckett has no urgency, no sense of timing or antagonism, no rising pulse of intrigue or mystery; only a shabby American stuck in Greece with a busted arm and no real depth of character, which isn’t saying a lot. Frankly, the film was more arthouse than thriller, throwing in a lengthy cross-country car trip with Vicky Krieps’ activist character to filter in some momentary humanist relief. Lacking any sense of friction between plot and viewer, Beckett is quite simply boring, perhaps the worst thing a supposed “thriller” can possibly be. 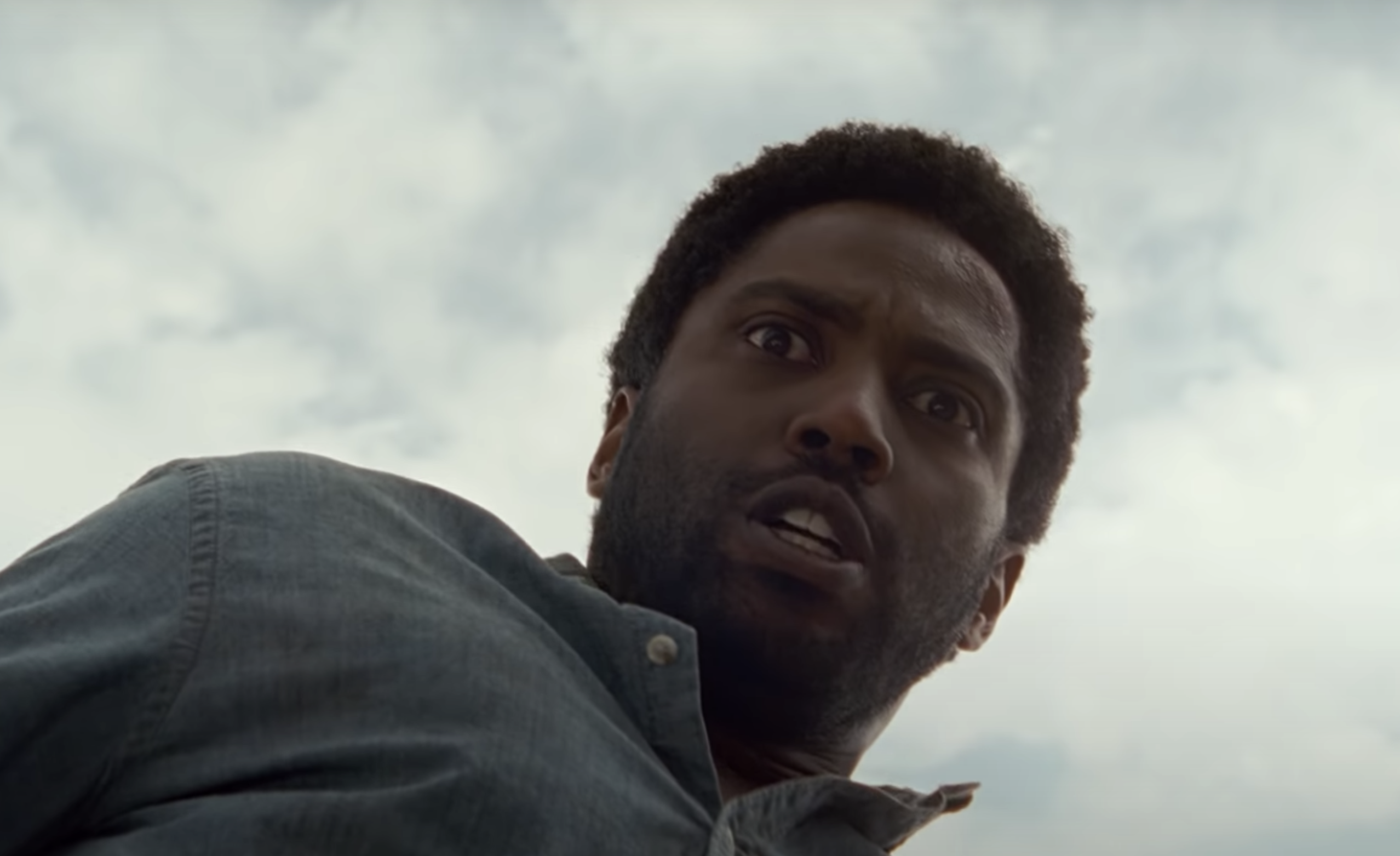 I’ve had several days to sit and reflect on Beckett and despite thinking it was merely mediocre after my initial viewing, I’ve come to the conclusion that the film is rapaciously pretentious shit. John David Washington is yet to deliver a performance I’ve liked in a leading role (he was great in Blackkklansman, I’ll grant you, but hardly the “lead” surrounded by that ensemble) and is actually starting to become an actor I dislike. His performance style here is bland, hindered by a terribly contrived script with little embellishment, and at no point was I invested in the outcome of his character’s fate. The rest of the film is a mishmash of hackneyed genre tropes and continued [speaking Greek] subtitles that are never translated into English – arguably this helps us feel like Beckett himself does, but it becomes quite annoying very quickly as a viewer. With terrible injections of plot convenience and predictability, not to mention Filomarino’s florid, inert directorial style behind the camera making things feel like a begotten postcard than a genuine thriller or drama, Beckett is top-level garbage that should be avoided by all but the hardest hardcore intrigue fans.