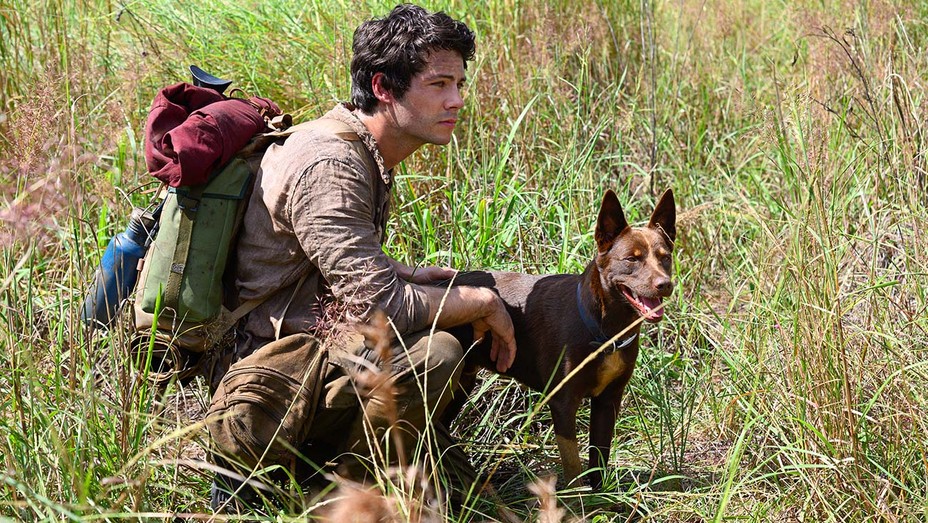 In the distant future, humanity has been all but wiped out from the surface of our world. In order to destroy a massive asteroid heading to Earth, our governments deployed significant weaponry which resulted in massive chemical fallout, fallout which mutated the animals of our world into large monsters which promptly ate most of us. Across America, small colonies of survivors live underground, scavenging food and supplies from the surface whilst living in fear of mutant beast attack. In one such colony, Joel Dawson (O’Brien) continues to dream about his one-time girlfriend Aimee (Jessica Henwick – Star Wars: The Force Awakens), who lives in a distant colony of survivors and with whom he occasionally communicates via hamm radio. After an attack on his colony, Joel decides he doesn’t want to due alone so he embarks on a potentially suicidal quest to reach Aimee’s colony to be with her. Along the way he encounters a friendly dog, Boy, as well as a pair of survival experts in Clyde (Michael Rooker – Guardians of The Galaxy) and Minnow (Ariana Greenblatt), who are on a journey north to escape the monsters reach. When Joel eventually does reach Aimee’s colony, he is surprised to find another group, led by Cap (Dan Ewing), has promised to take survivors on their run-down but still functional boat; however, Joel suspects something is amiss in this dangerous situation, even if Aimee doesn’t seem to think so. 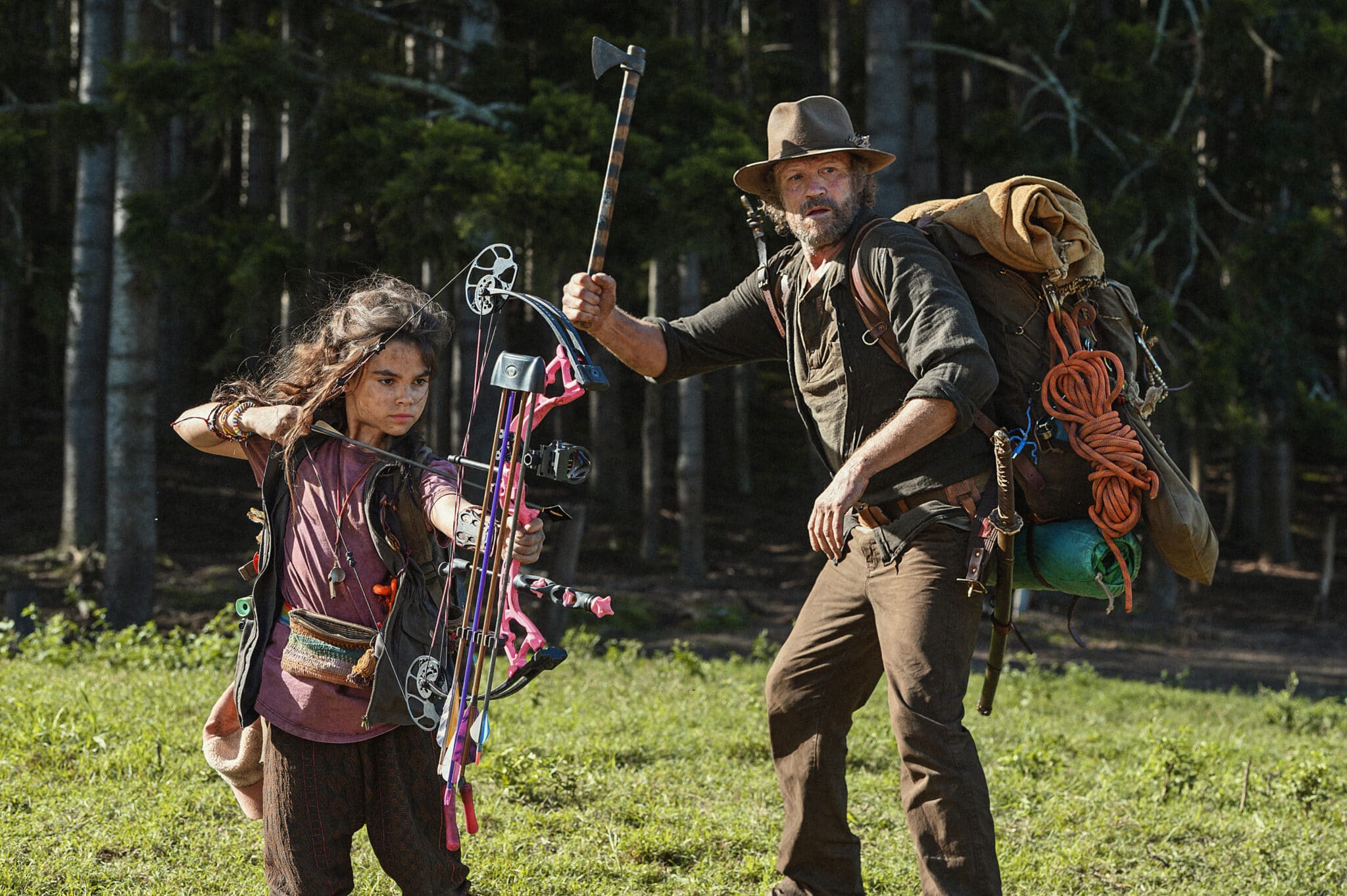 Love And Monsters is a fun little film. It’s entirely undemanding, it has plenty of emotion, dramatic weight and simplified quasi-philosophical subtexts coursing through it’s adventurous roots, and it’s a heck of an enjoyable story. We’ve all seen comedic apocalypse films before – notably Zombieland, Shaun of The Dead, or even Warm Bodies – and although this film can’t really hold a candle to those in terms of popular culture significance, it does more than enough to acquit itself as an enjoyable romp. The film isn’t an outright laugh riot with jokes everywhere, but O’Brian’s affecting performance elicits some chuckles around the rather tense and thrilling near-miss action sequences he endures. The very premise itself indicates how un-serious we’re supposed to take things; normally you’d have aliens or zombies or something taking over the world here, instead we’re presented with enormous mutated Earthly animals such as giant slugs, centipedes, snails and crabs, which makes the most benign of scenarios suddenly quite dangerous. But it’s all played with a wink and a gag, a knowing look to suggest that yes, this is utterly silly but have a good time anyway. 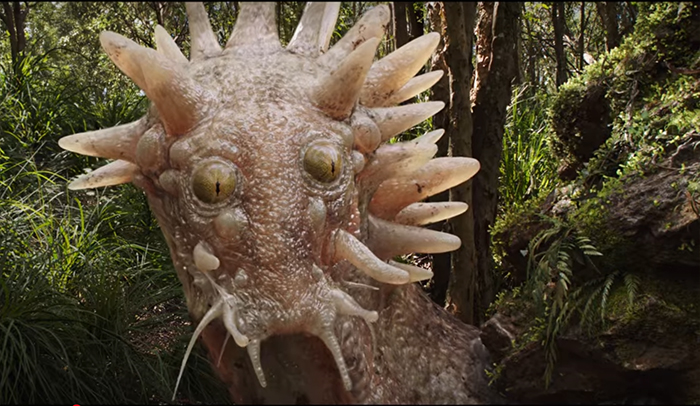 The strongest element is arguably Dylan O’Brien’s performance, as Joel he is immensely enjoyable and holds the film together with his flawed but winning ways. O’Brien portrays Joel with a super sense of humour, mixed with all-too-human characteristics that make him relatable in surviving this ordeal, and were it not for his subtle wit and excellent characterisation here the film wouldn’t be as enjoyable. O’Brien is on-screen for the film’s entirety and he shoulders the story well, with a relaxed chemistry and earnestness of performance that makes him a joy to watch. His chemistry with Jessica Henwick, as Aimee, is palpable and genuine, as is his father-son connection to Michael Rooker’s crusty survivalist character midway through the movie. The film’s central villain turns out to not be one of the nasty, predator mutant creatures lurking in the shadows and under the ground but rather the last-act introduction of Dan Ewing’s Cap, who thrives on chaos and has a sadistic bent that turns the end of the film a touch darker than the rest of it. Ewin’s performance homages the broad Aussie accent of early Thor Chris Hemsworth, swagger and arrogance making him both an effective and boo-hiss-worthy screen villain. It’s a little weird – but great – seeing all this Southern Hemisphere talent on-screen too, with a lot of Aussie and Kiwi accents featuring strongly. Although of note: how is it possible to cast the legendary Bruce Spence and not allow him to utter a single word? 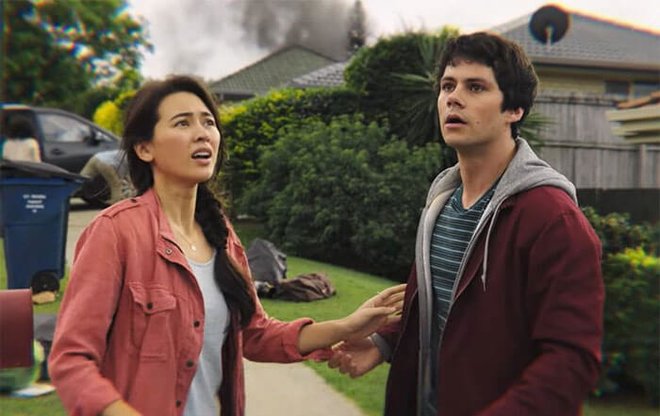 Accommodating the wonderfully told character development is some quite stellar visual effects work – the film was nominated for an Oscar in this category, losing to Tenet – alongside what I assume to be exquisite puppetry and/or animatronics. The gigantic mutant frogs, fish and insects of the planet are brought to life with stunning crispness and detail, particularly one of the most beautiful giant snail creatures I’ve ever seen on screen, and a sequence in which Joel mournfully interacts with a battery-deficient robot is one of the film’s most moving moments. Indeed, you could make a strong argument that Love And Monsters is one of the more genteel and luxurious looking films on the Netflix slate at the moment, thanks to beautiful cinematography by Aussie DOP Lachlan Milne (Hunt For The Wilderpeople, Minari), who makes great use of the film’s predominantly Queensland-filmed locales. Hard not to make use of Australian’s stunning landscapes when we’re not as badly affected by the pandemic as most of the globe, and Love And Monsters certainly looks lavish and big-budget. The music by Marco Beltrami and Marcus Trumpp is suitably adventurous, sweeping and melodic.

Love And Monsters is a hugely enjoyable, if somewhat lightweight, film that delivers rousing adventure, some sweet-hearted humour, self-deprecating wit and a big ol’ ball of heart. The film trades heavily on Dylan O’Brien’s central performance and wins utterly, and coupled with solid direction and splendid visual effects (shoutout to Adelaide-based VFX house The Mill, who worked on the movie) make for one hell of an easy recommendation. If dystopian future apocalypse-comedy is your genre of choice, Love And Monsters will be your must-see of the year. And if that isn’t your typical Saturday Night Movie choice, you can’t go wrong even accidentally choosing to watch this little mini-masterpiece. Well worth a look.