Director :  Spike Lee
Year Of Release :  2006
Principal Cast :  Denzel Washington, Clive Owen, Jodie Foster, Christopher Plummer, Willem Dafoe, Chiwetel Ejiofor.
Approx Running Time :  129 Minutes
Synopsis:  As an elaborate bank heist gets underway in the center of New York City, one police detective must come up with a plan to get the criminals out, the hostages safe, and all concerned parties out of the line of fire.
What we think :  Spike Lee’s most mainstream film, is also one of his most accomplished. Led by Washington and a solid Clive Owen, Inside Man twists, turns and comes out on top as a sure-fire thriller that delivers plenty of head-scratchers.

Most people know of director Spike Lee as a purveyor of independent, low budget drama films, usually either violent, drug fueled, and full of coarse language. Inside Man isn’t one of those films. In fact, it’s about as mainstream a film from Lee as you’re likely to see. Somebody offered him a large budget, and he went to town with this conventionally shot, unconventionally scripted heist film. While perhaps not coming in as a “caper” film, like so many back in the 50’s & 60’s (you know, like the original Thomas Crown Affair genre), Inside Man is a harsher, more stylish caper film set in today’s more cynical age. 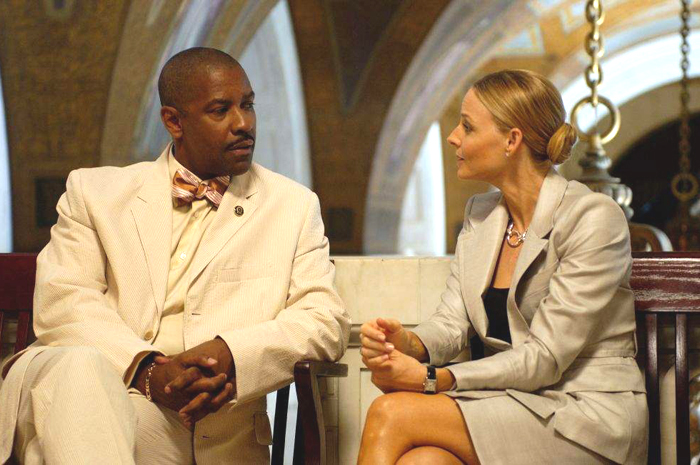 Opening with narration from Clive Owen’s thief, as he bunkers down to prepare for the crime, and developing into a puzzling, clue-ridden flick with plenty of pizzazz, starring a strangely depressing (world weary, perhaps) Denzel Washington, this film will keep you guessing until the very end.

The cast are uniformly excellent, as Owens gang hold up a bank, in order to obtain something very precious, whilst outside forces conspire to throw a spanner in the works of the police, who are trying to negotiate a release with minimal bloodshed. Jodie Foster, particularly good as an icy “problem solver” hired by rich people, uses her influence to integrate into the police operation and bring her own agenda to the table. Christopher Plummer, again cast as the powerful, aging tycoon/philanthropist with a hidden motive, seems to be sleepwalking through his lines here, almost as if he’s bored with the whole thing. Perhaps he is, but he’s outshone in all respects by the rest of the cast. 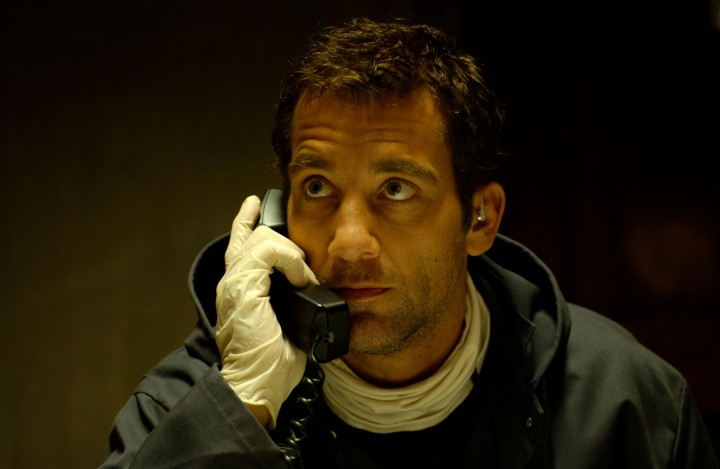 As the heist plays out, and the hostages inside the bank are let go, we get to hear their points of view in interviews taking place after the events we are witnessing unfold. This crosscutting of time and playing with “did you see what you think you see” film-making can often verge on belligerent in the hands of a lesser director. Lee has masterfully crafted a more subtle approach, refusing to pander to audience expectations and developing his characters as the film progresses. The unfurling of the “twist” at the end, standard in films of this genre, is relatively low key, although still entertaining for the audience to see how it was all accomplished.

The language is a little coarse in places, so beware: however, the film overall is relatively restrained with depictions of violence and profanity: only occasionally is any kind of graphic bloodshed show, and then, it’s reasonably quick. Clive Owen is a little wasted, it must be said, as he spends a large portion of his screen time hidden behind a mask, so I would question the inclusion of his name in the credits just for that. Generally, though, the film is a fun ride through a bank heist. It’s a little forgettable, after all, there is no real set-piece to remember specifically; Lee manages a decent job behind the camera and has made a film that’s good while it’s on, and pretty harmless overall. It’s fun, and wraps up neatly in the end. And isn’t that what we all want in a film…. Not to be left wondering?

Inside Man is one of the films you skip over on the shelf to start with, but then come back to when there’s nothing else to watch, and then kick yourself for not watching it sooner. Hopefully, Lee gets to make more films like this.

2 thoughts on “Movie Review – Inside Man”