Guy Ritchie’s return to the seedy London crime thrillers he practically reinvented with Lock Stock & Two Smoking Barrels is a slick affair that delivers all the great caricatures we’ve come to expect from this kind of subgenre, only it lacks something the director has struggled to capture on film in a very, very long time: heart. Led from the front by both a full-throttle Matthew McConaughey and a far more circumspect Charlie Hunnam, The Gentlemen is the typical sprawling ensemble crime film that encompasses morality, violence, ageism and weed within its far-too-clever-for-itself plotting and Hugh Grant’s rapacious narration. But it lacks juice, lacks purpose and grit, where Ritchie’s patented whiplash filming style and hyperbolic editing reduce flourishes of genuine emotional import to mere blips on a rollercoaster that’s going too fast. 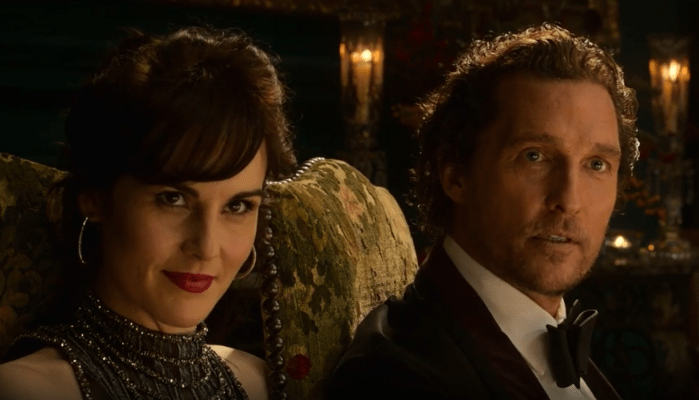 McConaughey plays British crime lord Michael Pearson, whose incredibly elaborate marijuana industry has just come up on the market – he’s “too old for this shit”, as it were. Thus, the vultures begin to circle, opportunistic contemporaries hoping to snap up a ready-made industry and make a fortune. Mickey’s right-hand-man, Raymond Smith (Hunnam), is greeted in his home by resident snitch and information gatherer Fletcher (Hugh Grant), who proceeds to reveal a great mystery as to a recent encounter with near-death Mickey had at the hands of some strange men. This leads to revelations about fellow drug lords Dry Eye (Henry Golding) and Berger (Jeremy Strong), both of whom want Mickey’s business for themselves. Also involved is London’s preeminent boxing trainer, Coach (Colin Farrell), a corrupt newspaperman (Eddie Marsan) and Mickey’s glamorous but ruthless wife, Rosalind (Michelle Dockery), all of whom have a big part to play in how Mickey’s empire is to be divided up. 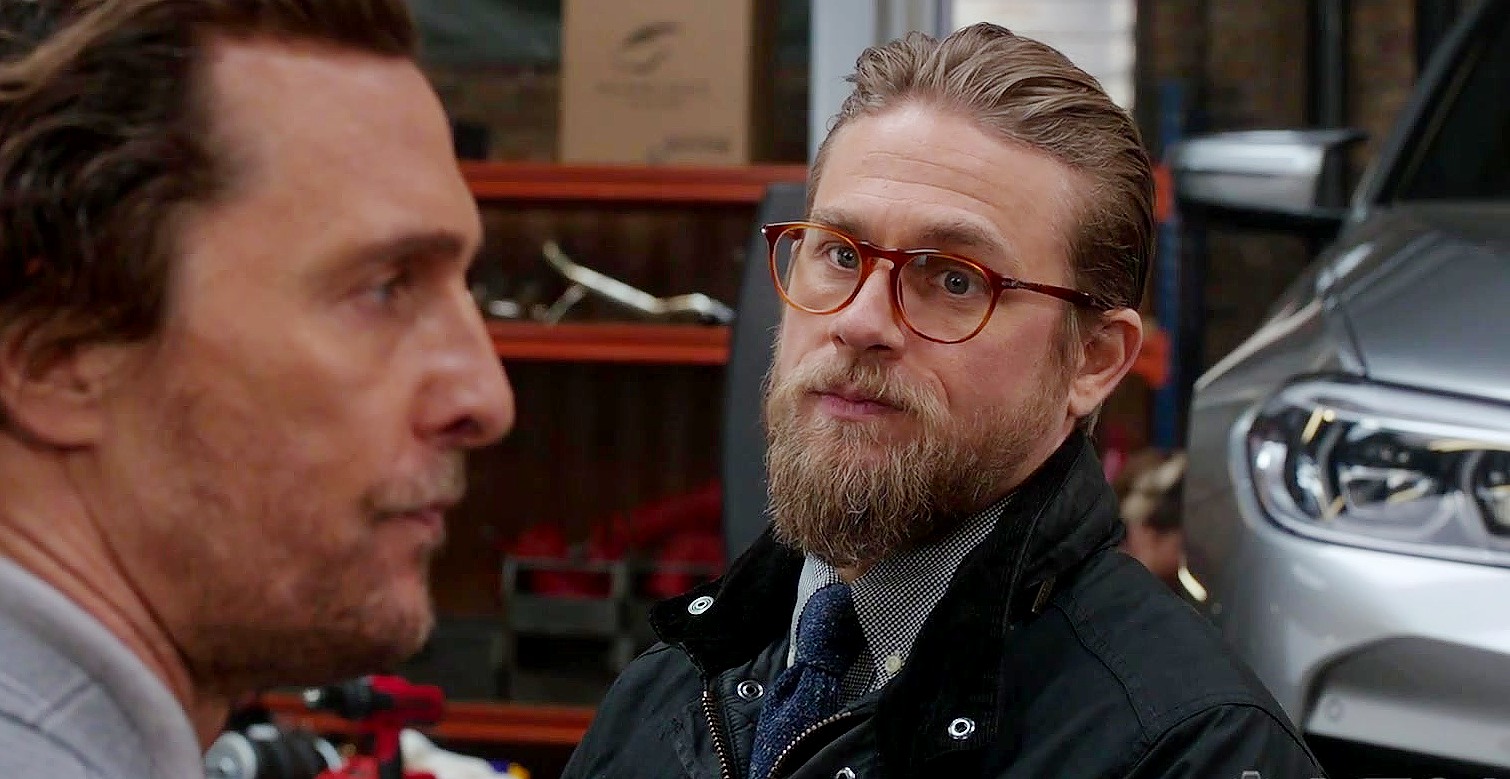 Watching The Gentlemen, I can’t help but feel that this kind of film has passed Guy Ritchie by. I mean, sure, his legendary one-two punch of Lock Stock followed by Snatch still stands the test of time, and serves as a warrant that the man single-handedly created this kind of movie – one that’s been replicated poorly by countless wannabes in the years since – but The Gentlemen feels a little like it’s trying too hard to be cool, instead of just, you know, being cool. That’s not to suggest The Gentlemen isn’t a hugely entertaining movie, because it sure as shit delivers on all counts as far as entertainment is concerned, but where Snatch and Lock Stock had a certain something to them, that something is absent in this knockabout entry. Maybe it’s the genre itself, I’m not sure, because while Ritchie works overtime with his plot conniptions, you genuinely don’t feel much more than inelegant sympathy for this bunch of reprobates and murderers, all of whom wear fancy haute couture and talk like the toffs they pretend to be, but there’s no real danger to be had: remember Alan Ford’s brilliantly vicious glasses-wearing Brick Top character from Snatch? There’s nothing like him in this. 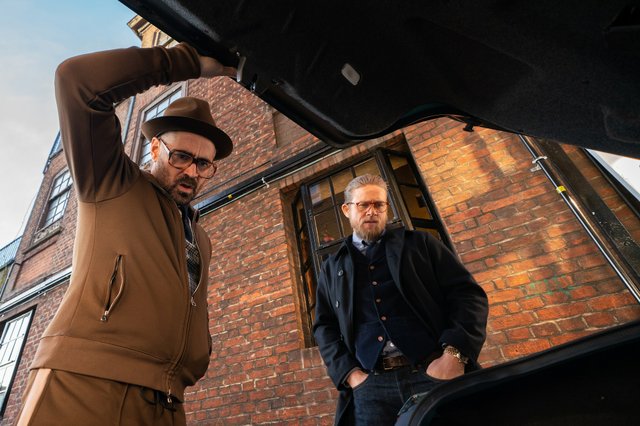 Written by Ritchie himself, the cogs turn and the whirling camera breathlessly circles the violent antics of our varied collection of high end criminals and indecipherable double-speaking teens, all doing laps around a simple little plot device that doesn’t take itself as seriously as maybe it ought. Where the film’s MacGuffin should be, there lies a preponderance of character weirdness, populating this tableau with the kooks and creeps of English criminality with the subtlest of winks to the audience. The story work well enough and the central characters make themselves clear after a while, held together with Hugh Grant’s brilliantly portrayed Fletcher recounting his dabbling in “obtaining information”, which takes up most of the film, whilst McConaughey and Hunnam respectively inhabit the elite nature of the criminal underworld to a tee – McConaughey’s performance is a simmering rage, the violence lurking beneath his eyes is telling for the brief few moments it surfaces. Hunnam, meanwhile, is solid as the quietly contemplative Heavy, the second-in-charge who obviously has a set of skills but appears loathe to use them when menace can achieve the same end. Henry Golding’s Dry Eye, a “James Bond of crime” allows the actor time to shine against the grain, while Michelle Dockery’s commanding female lead role is prime for her career breakout. 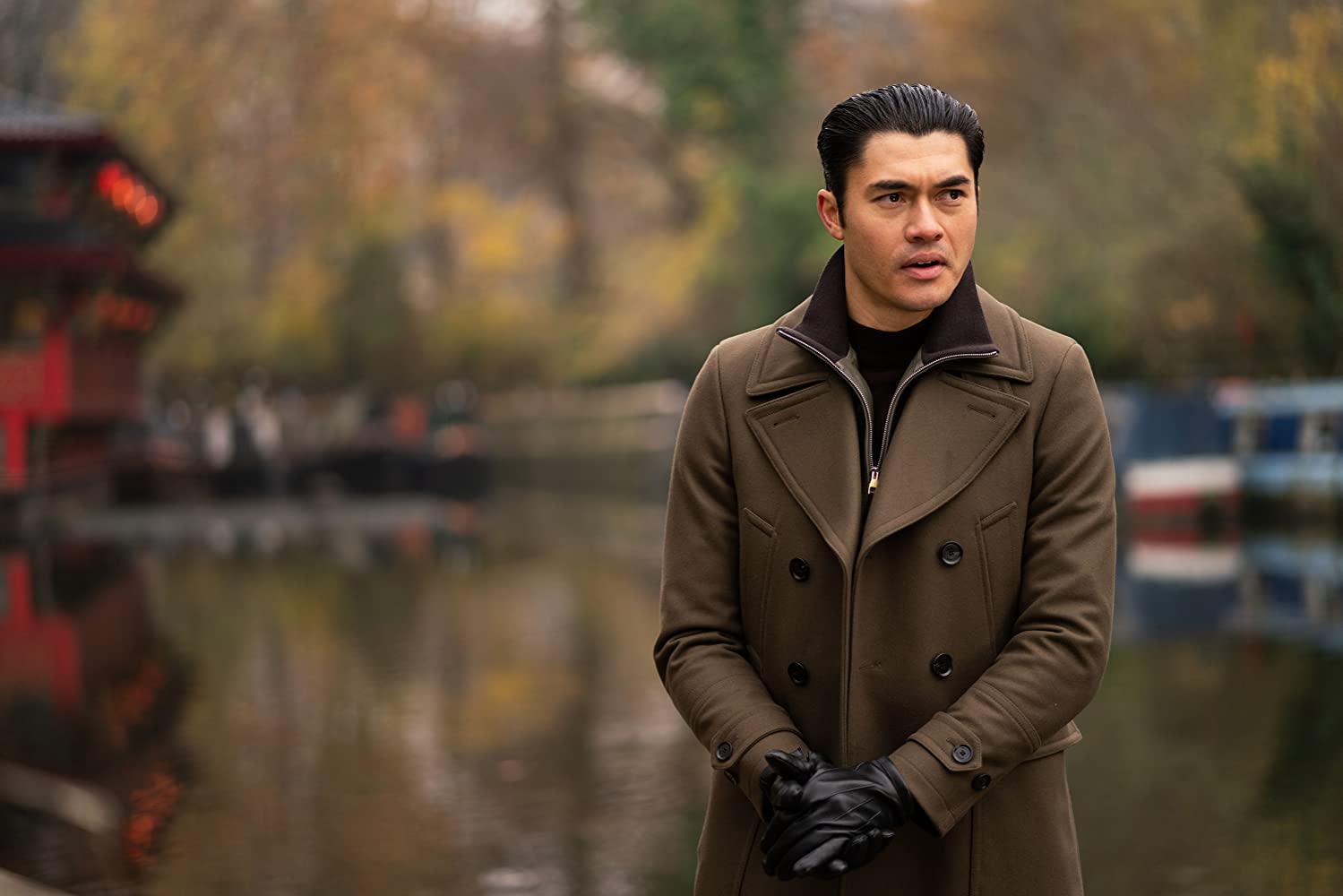 But it’s the two smaller players in The Gentlemen who work the best: Hugh Grant is an absolute delight as the entirely foppish Fletcher, and Colin Farrell’s eponymous Coach, together with his small gang of trainees who kick off the troubles in the first place, are both the sugar in this cake’s icing. Where Grant knows he’s in a crime film and plays up wholeheartedly to the camera, complete with a brilliant “guv’na” accent, Farrell’s role is far more intriguing because he’s really drawn into the story by accident, and doesn’t really want to “do gangster stuff”. The pair have no scenes together bar one late in the film, but as a pair they both glue this film’s disparate narrative threads together. Supporting roles by Jeremy Strong’s foppish Mr Berger and Eddie Marsan as a snivelling newspaper editor all have moments to shine, with Marsan in particular having one of the least pleasant comeuppance moments in recent memory (for those who haven’t seen Black Mirror, that is), and the various tertiary roles of ephemeral British society all pay off in multiple ways. 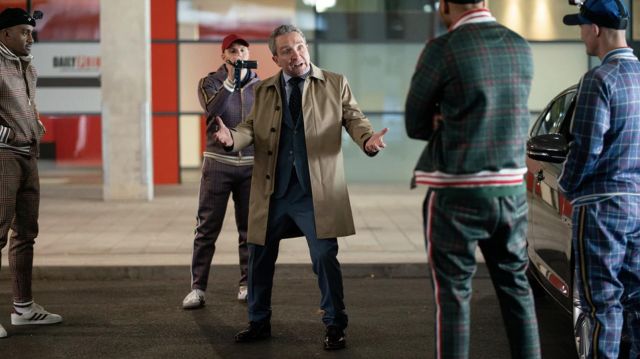 The flair behind the camera is obvious from the get go, from Alan Stewart’s eye-popping cinematography and James Herbert’s editorial flourishes, through to Academy Award winner Christopher Benstead’s dynamic score, which makes my ambivalence to the overall story something of a concern. I desperately wanted to see Ritchie return to form, after several missteps with King Arthur and the facile Aladdin remake, and to a degree this is arguably his best film since Snatch (yes, I’m including The Man From UNCLE in that) but it doesn’t quite hit those lofty heights either, despite everyone’s best efforts. Perhaps it’s the glitzy style the film employs that sidelines the gritty nature of the film’s inhabitants and the central plot, lost amid saturated neon and dynamite costume design, but the film feels too mainstream to work in that criminally underground manner Ritchie established some two decades earlier. You can see him almost getting there, but not quite. The Gentlemen is a fanciful, violent, stylish opus from one of the more talented filmmakers working today, but it’s too much in a hurry to get where it wants to go that it doesn’t stop to let us get on the ride with it.