Well, now we know where they got the plot for Deep Impact. George Pal’s 1951 adaptation of Philip Wylie and Edwin Balmers 1932 novel “When Worlds Collide” is as clunky and wooden as you’ve every right to expect from the brightly lit and altruistically written disaster epics of the period. The film evokes a specific kind of dread pretty well, that of imminent and unavoidable global destruction, but it doesn’t represent the grandiosity all that well given the film’s relatively low budget. You know you’re in for a drudge when the film can’t even bring the poster’s brilliant planetary collision to life in any way whatsoever – the action occurs off screen and out of frame! – and I have to say When Worlds Collide is worthy of attention as a mere curiosity rather than an exemplary entry into the sci-fi disaster genre. 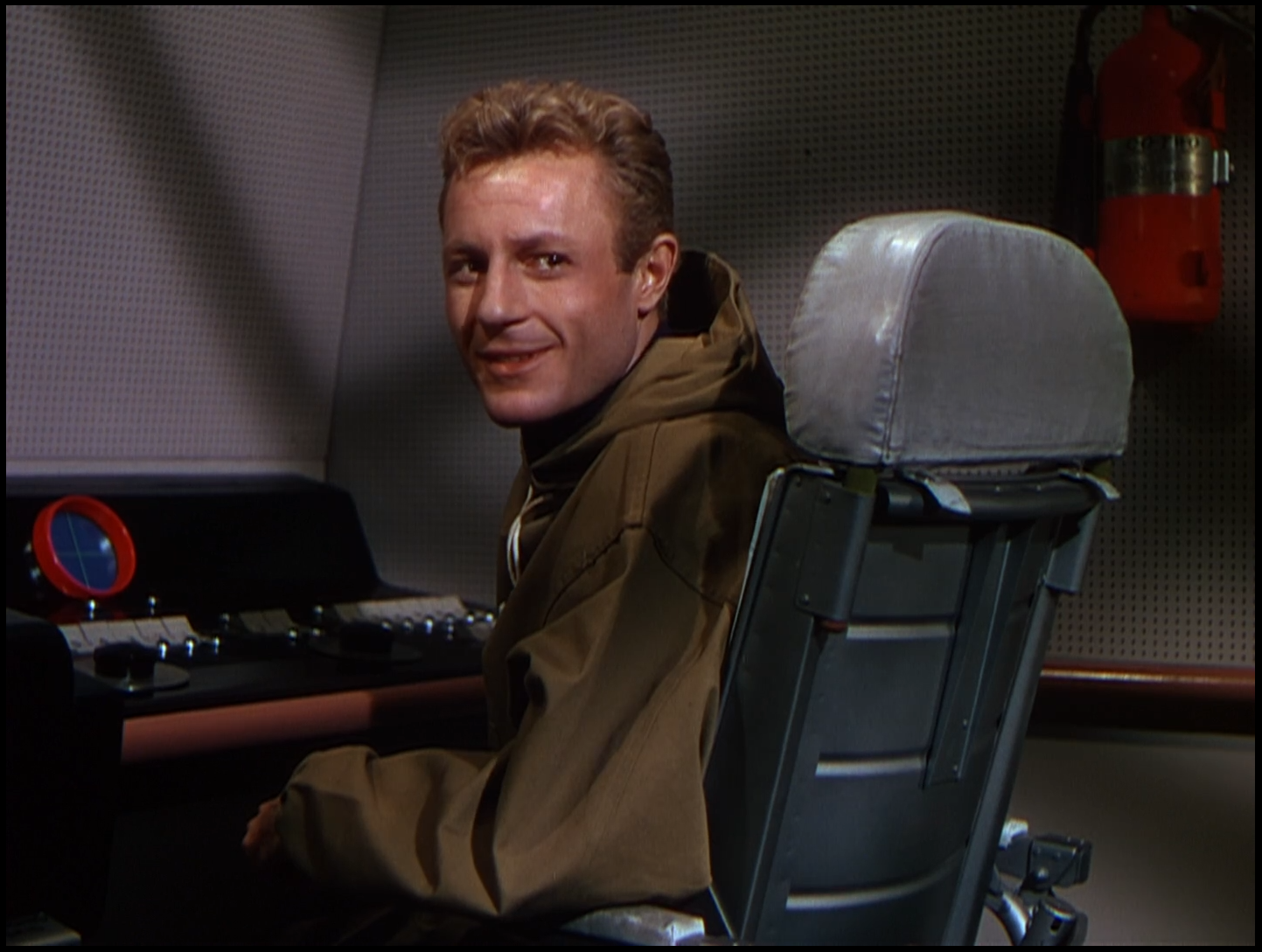 A group of astronomers and fringe scientists discover an enormous rogue star, Bellus, is on a collision course with Earth, leaving barely a year for people and governments to make plans for escape. The star’s sole orbiting planet, Zyra, is due to swing near to Earth just prior, causing immense damage itself, but offering a possible avenue for avoiding extinction as a potential landing spot for a rocket. Pilot David Randall (Richard Derr), scientist Dr Cole Hendron (Larry Keating) and Hendron’s daughter Joyce (Barbara Rush) work to save the tiniest selection of the human race – some forty people – aboard the rocket as Zyra approaches, their romance blooming despite Joyce’s intended engagement to boyfriend Dr Tony Drake (Peter Hansen). The project’s funding comes from the crippled businessman Sydney Stanton (John Hoyt), who only wants to save himself, a contentious relationship that will have a great bearing on the success of the mission to save humanity. 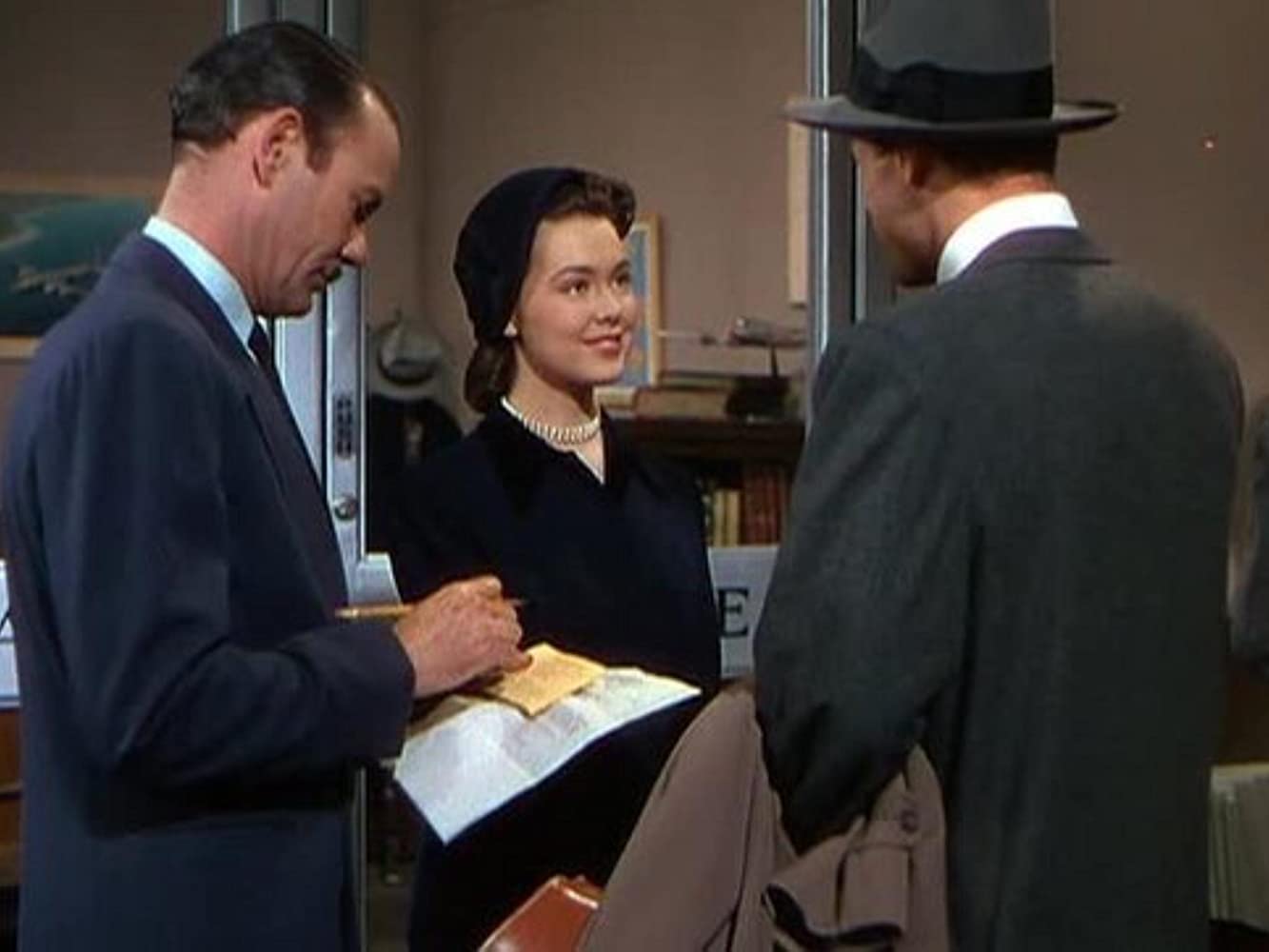 Talky, emotionally vacant, driven by dialogue and a complete lack of actual planetary collisions on the screen, When Worlds Collide is an eminently tortured production that offers frustration only for what it doesn’t deliver rather than what it does. The requisite elements of such a hokey plot – done to death in the disaster genre ever since – are sweetly attempted but lack the usual gravitas. The exposition scientists and disbelieving government, the young star-crossed lovers set to be torn apart by global annihilation, the wealthy but selfish millionaire hoping to jump into the rescue boat rather than sacrifice himself for the greater good, and the anticipated panic and rioting by those about to be left behind by humanity’s last hope, When Worlds Collide throws all these at the screen in hope of achieving some kind of emotional weight. Sydney Boehm’s (The Big Heat) screenplay starts well enough, the foreboding and furrowed brows of scientists and astronomers struggling to comprehend the importance of their discovery driving a hefty dramatic momentum that you expect from these kinds of movies. But in keeping with the defaults of the genre, it swiftly moves into melodramatic romantic subplots that work to varying degrees of success, before becoming mired in tropes and tricky “we don’t have the budget to show that” avoidance escapades. 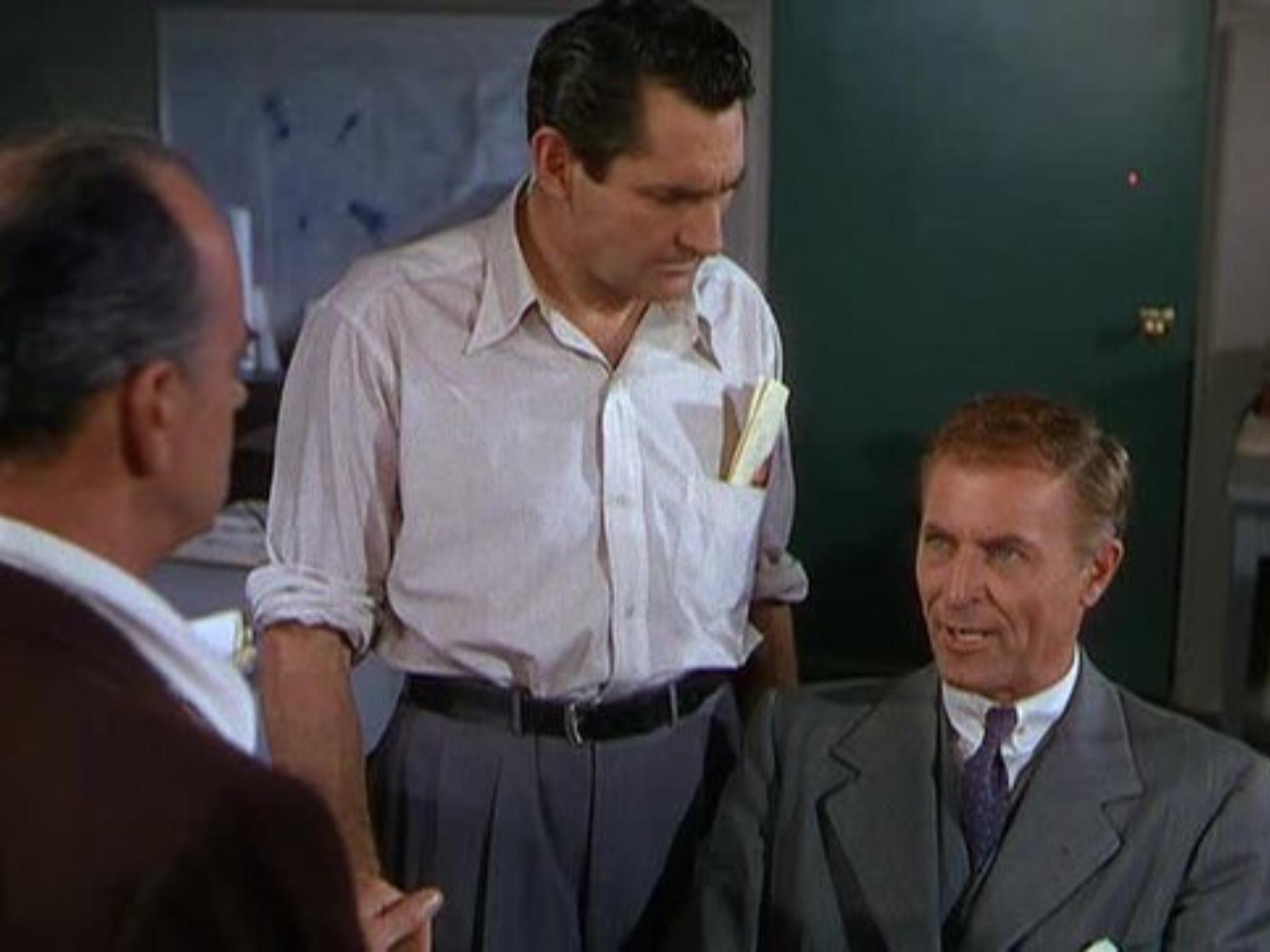 Director Rudolph Maté (Siege At Red River, The Deep Six) seemingly tries to avoid spectacle at all costs. The film’s budget was considerably small for a film of such cataclysmic scope, reliant upon dialoge and shaking sets to facilitate the idea that a planet was coming close to the Earth; the sequence where Zyra flies past our world was depicted simply from inside a scientific laboratory, shaking and near-collapsing as the the roaring soundtrack bellows into a crescendo, the drama of the film derived from reaction shots only. It’s a cheap and nasty way to generate tension without having to spend on big budget effects showing a planet hurtling past our own, and its both disappointing and frustrating. The film’s best stuff comes in the form of the construction and operation of the giant rocket built to transport the intended survivors offworld and onto the rapidly receding Zyra, with the rocket both a neat little model and a giant practical set that works on-screen to serve the story with the grandiosity so lacking elsewhere. The science behind the launch of said rocket, down the side of a hill and flinging it out into the atmosphere ostensibly to “conserve fuel” seems laughable given the film’s predating actual moon landings by well over a decade, but it looks cool. 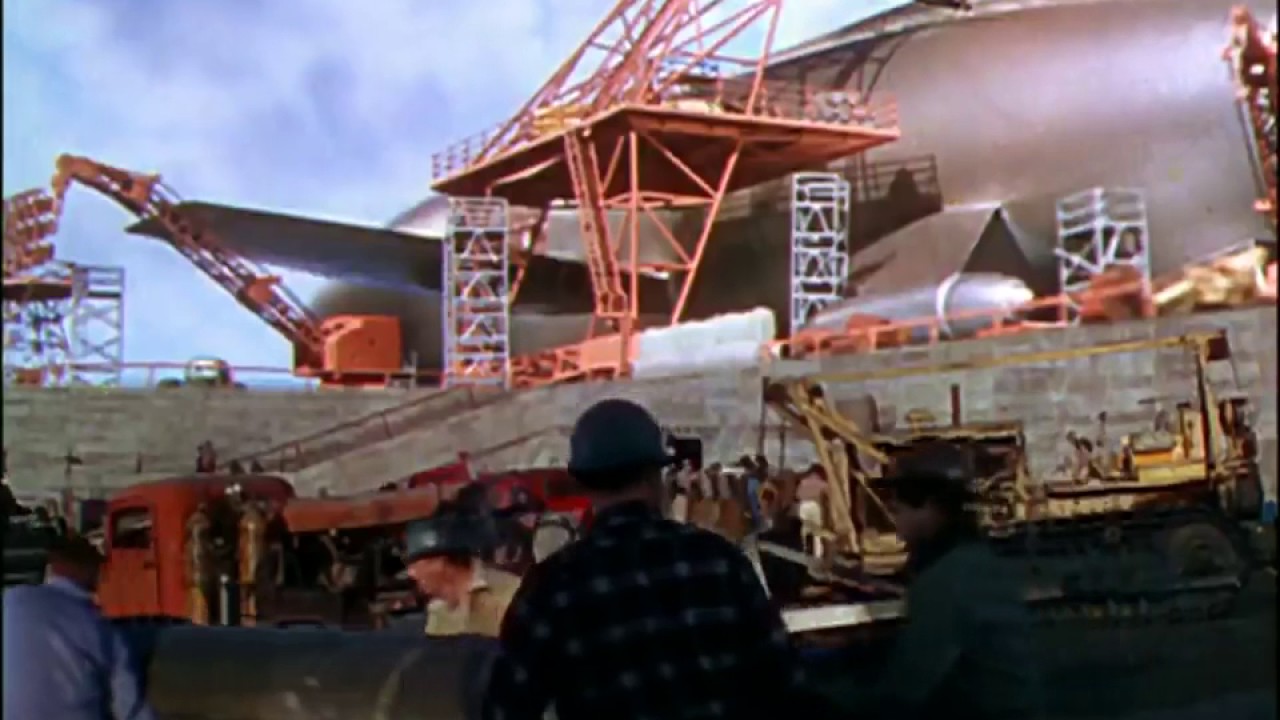 In terms of acting, the performers in When Worlds Collide are as beatific and cinematic as anything in the 1950’s, with Richard Derr making a charismatic leading man alongside Barbara Rush’s less effective Joyce Hendron, who serves as his romantic interest in a sweet but ineptly handled love triangle arc threaded through the utter tragedy of world collapse. Both Larry Keating and John Hoyt make the best of terrible characters, written with dialogue so stilted and stiff as to serve little purpose other than to drag the film’s running time out. The ensemble of meaningless supporting roles, all designed to echo varying degrees of human emotion surrounding such an event, are noticeably predictable and one-dimensional, although in fairness there’s little to doubt the budget went into spending much time on the acting. Maté’s direction is clumsy and generic around the performances, ramping up during the minimal “action” sequences but most assuredly rooted firmly in a cheap, 50’s aesthetic that cannot escape its time period. 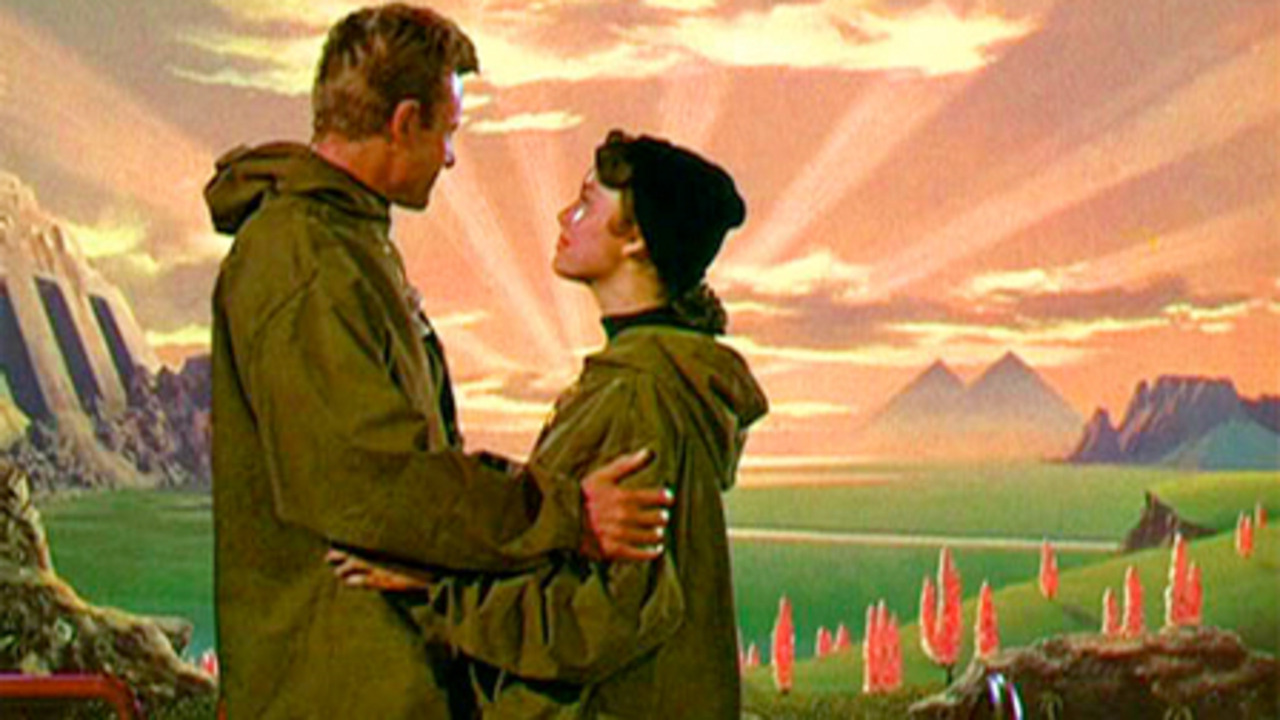 Frankly, I think When Worlds Collide has been spoiled by more recent box-office disaster films of note that take a lot of what Maté’s film attempts and actually achieves them. Global destruction is less achievable through the effects technology of the 1950’s than it is with the digital effects of the modern cinematic arsenal, and so the spectacle of this film is significantly, painfully reduced. The shiny sci-fi style so memorably achieved in entries like Forbidden Planet (1955) and the contemporary 1951 entry The Day The Earth Stood Still, with its clean lines and pristine landscapes and sets, really do work against the subconscious terror and thrills the genre liked to throw at audiences of the day, and when your film lacks any real jaw-dropping visual effects – especially the much touted collision of, you know, worlds! – you’re on a hiding to nothing. When Worlds Collide promises a lot and delivers very, very little, despite a strong opening and compelling premise. For genre fans and cinephiles only.