Director :  Alfred Hitchcock
Year Of Release :   1936
Principal Cast : Sylvia Sidney, Oskar Homolka, Desmond Tester, John Loder, Joyce Barbour, Matthew Boulton, SJ Warmington, William Dewhurst, Charles Hawtree, Peter Bull.
Approx Running Time :   76 Minutes
Synopsis:  A Scotland Yard undercover detective is on the trail of a saboteur who is part of a plot to set off a bomb in London. But when the detective’s cover is blown, the plot begins to unravel.

Hitchcock’s Sabotage is a stylish, evocative pre-war thriller using home-grown terrorism as a plot device to wonderful effect. Although some of the dialogue is on-the-nose, and the tin-eared performances feel slight in light of the master director’s later efforts, Sabotage’s creepy, lovely atmosphere more than carry much of the weight the film enjoys. Filled with trademark Hitchcock styles (an early shot of water circling a drain is reminiscent of the director’s later use of it in Psycho) and a sense of commanding staging, Sabotage’s upper-lipped British tone lends itself to serious thrills, and remains a convincing, altogether terrifying period film that delivers more than a few genuine moments of electricity. 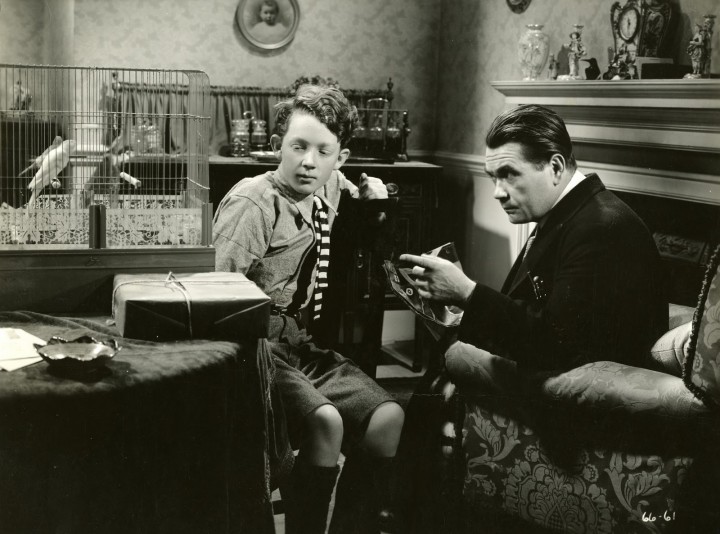 Cinema-owner and husband Karl Verloc (Oskar Homolka) is secretly working for a terrorist organization to spread fear across London by sowing seeds of fear. Verloc’s wife (Sylvia Sidney) is unaware of her husband’s activities; an undercover Scotland Yard detective named Spencer (John Loder) befriends Mrs Verloc to determine if she’s in on the plot, or oblivious. As Mr Verloc undertakes the plans of the foreign powers trying to terrorize England, Mrs Verloc and her younger brother, Stevie (Desmond Tester) begin to suspect there’s more to Spencer than meets the eye, while the threat of catastrophe continues to grow.

Regardless of the film’s story, Hitchcock’s visual strengths has manifested brilliantly by the time he came to make Sabotage in 1936. An early British sound film, Sabotage is more or less a film about look, and looks. If you’re looking for iconic “espionage” genre filmmaking, Sabotage is as close to the pinnacle as you can get: characters lurk in the shadow, there’s plentiful scowling, mean-faced glares and furtive, secretive glances, and the use of subterfuge that made me chuckle purely from their juxtapositional usage outside of a parody. If nothing else, Hitch’s use of framing, his sense of timing and his exquisite focus are sublime here, working hard to make the relatively simple espionage plot feel heavier and more atmospheric than it otherwise would.

Sabotage is based on Joseph Conrad’s novel “The Secret Agent”, and contains a screenplay written by regular Hitchcock contributor Charles Bennett. Bennett’s work here is of-the-period, although the rakish speed of the story’s urgent undercurrent of against-the-clock machinations leave a lot of character work to audience’s imagination. Both Verloc and his wife never really seem terribly energetic, with Mrs Verloc especially coming across as altogether insipid as a leading lady of the piece. There’s an element of tragedy too, that’s altogether unique to a film of this vintage (at least, IMO), in that a key character in the film is killed midway through, in one of Sabotage’s most auspicious moments. But most of the time the dialogue rang a little too hollow, a little too contrived, although the performances perhaps enhanced Bennett’s rapacious scripting rather than softened it. 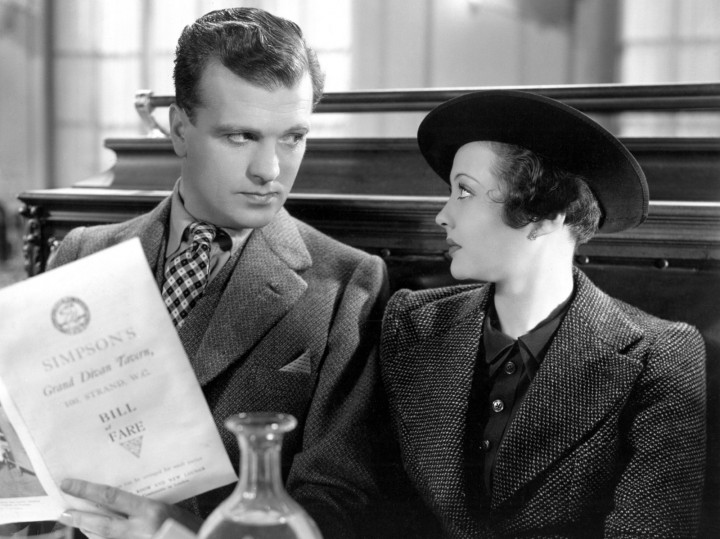 Leading the charge is Sylvia Sidney, as Mrs Verloc (a first name is never given), and John Lodger’s keep-yer-chin-up Detective Spencer. Both shine in front of the camera, but lack the interpersonal chemistry to give their subliminally active romantic subplot any real weight. Sidney, who would only work with Hitchcock this once, is typically luminous, an image of British pixie-ish innocence amid a decidedly dark undercurrent of terror, but her performance grates where it should encompass gravitas; her co-star in Lodger, meanwhile, is typically square-jawed and masculine, and delivers his character with mournful, apologetic aplomb.

Key to Sabotage is a ten minute thrill-piece in which Mrs Verloc’s younger brother, Stevie, is sent by Verloc to deliver a package (containing the bomb, of which Stevie is unaware) to a train station on the other side of town, to an explosive countdown that mounts, mounts, and expands until its fiery, tragic outcome becomes clear. It’s not often a major film actually kills one of its key characters, and Hitch amps up the tension to legitimately make Stevie’s death an effective, saddening piece of cinema. Hitch intercuts a “ghost” image of Stevie into later footage as Mrs Verloc’s reaction to her brother’s death gives us insight into her mental state when later events come to bear. If Sabotage is worth anything, it’s this gradual, nail-clenching piece of suspense that makes this a film to watch.

What I don’t get is the underlying subtext, the use of Verloc’s motives for doing what he does. His blame-shifting in the film’s final act, trying to manipulate his own wife into justifying his own actions, are appalling, yet somehow lucidly believable. The overriding terrorism threat isn’t explained as such, remaining a MacGuffin for the film’s entirety, while Mr Verloc’s history isn’t explained to make his decisions as impactful as the story really warranted. His behavior is reprehensible, sure, but as a character he’s largely one-note. There are allusions that the film’s “enemy” context is pointed at the then-rise of Nazi Germany, although it’s never implicitly stated in the final film. Today, this seems obvious, but in 1936 the threat was real, and the film’s honesty and thematic intransigence allow us a peek into what life must have been like at the time.

In spite of the stodgy performances and some of the scripting feeling too spartan to generate a lot of tension, Sabotage’s central bomb-through-the-crowd sequence is worth the price of admission alone. Hitchcock builds the film magnificently around this element, using the shadows and light, as well as a fantastic absence of score, to elicit a palpable sense of danger in the story. Audiences were famously enraged that the film depicted the death of so many people in such a brutal fashion (the bomb explodes on one of London’s famous double-decker buses, which might feel too close to the reality of London’s own terrorist attacks in 2005 for today’s audiences) but the film works well because of it, far better than had the event happened off-screen, or as an aside. The violence enhances the tension, allows a visceral reaction in the audience, and generates empathy for poor Mrs Verloc.

Sabotage is regarded as one of Hitchcock’s early classics, and rightfully so. It’s themes of persecution and retaliation, its use of genre cliches (which, back then, weren’t cliches!) and Hitch’s masterful sense of place and mood, make this one hell of a great watch, in spite of several idiosyncratic of-the-time issues. Undeniably powerful in part thanks to a strong creative mind behind the camera, Sabotage is essential Hitchcock at his early career finest.