When he’s not being pilloried by butthurt fanbois, director Rian Johnson is a thoughtful, considered, exceptionally talented director whose works weave a tapestry of wonder and intelligence. Whether it’s his formative feature Brick, his time-twisting sci-fi opus Looper, or his hugely divisive second film in the Disney Star Wars Sequel Trilogy (is that mouthful really what we’re calling it?) The Last Jedi, Johnson’s width of creativity and ability to pack his movies with such sensitivity and precocious depth make him a truly formidable modern master of the medium. Knives Out, his first film post The Last Jedi, is a hugely entertaining mystery romp in the grand tradition of Hitchcock, Agatha Christie and Sherlock Holmes, a labyrinthine treat for the eyes and the brain as the brilliantly written screenplay is brought to life by a truly remarkable all-star cast. 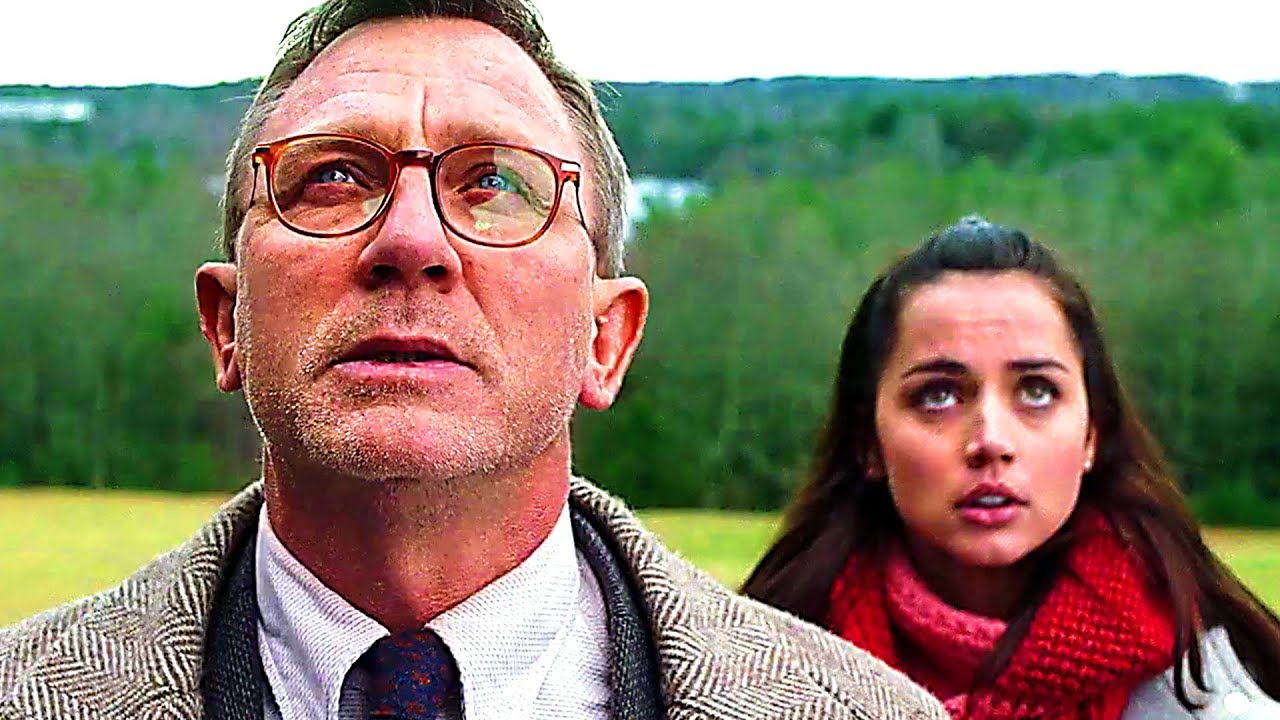 The wealthy Thrombey family are in mourning: their patriarch, successful Massachusetts crime novelist Harlan (Christopher Plummer) has died unexpectedly, from what the police are ruling a suicide. However, famous private investigator Benoit Blanc (Daniel Craig sporting a grizzled five-o’clock-shadow and a bewildering Southern accent) arrives at the nbehest of an unknown party to investigate further, under the assumption that Harlan met with foul play. The writer’s family, a collection of altogether sycophantic coat-tail riders, all have their own motives to off the old bugger: Harlan’s grandson Ransom (Chris Evans) is a spoiled playboy accustomed to the high life, the writer’s eldest daughter Linda (Jamie Lee Curtis) and her husband Richard (Don Johnson) run Linda’s company which was founded thanks in part to Harlan’s financial generosity, whilst Harlan’s son Walt (Michael Shannon) runs his father’s publishing empire. Harlan’s daughter in law Joni (Toni Collette), a widow once married to Harlan’s son Neil, has a daughter, Meg (Katherine Langford) who is attending a prestigious school paid for by Harlan. Lastly there is the family’s hired help: housekeeper Fran (Edi Patterson) and Harlan’s private nurse, Marta Cabrera (Ana de Armas), the latter of whom is incapable of lying lest she vomit uncontrollably. With Blanc prying into the family’s sordid lives and Harlan’s astonishing wealth, Marta is unwittingly drawn into a dangerous game of murder, suicide and the financial greed associated with a fortune.

Knives Out is a heck of a great mystery film. It’s a gorgeously mounted, intricately written, splendidly acted piece of detective fiction, a modern masterwork from a writer-director who continues to produce films of consummate professionalism and pitch-perfect execution. As with Looper (and to a lesser degree The Last Jedi), Johnson has brought us a story in which every frame, every beat, every moment of dialogue exists in unison with the others to form what I might consider to be a timeless, near-perfect cinematic treat. My review of Looper remarked that the script for that film has not one ounce of fat within it, a lean, taut screenplay maximising every second of screen time to absolutely deliver what it needed to. Knives Out is much the same, the carefully balanced puzzle-within-an-enigma routine harkening back to such comedic classics as Clue and Murder By Death, although here there’s far less giggles and a boatload more exposition. 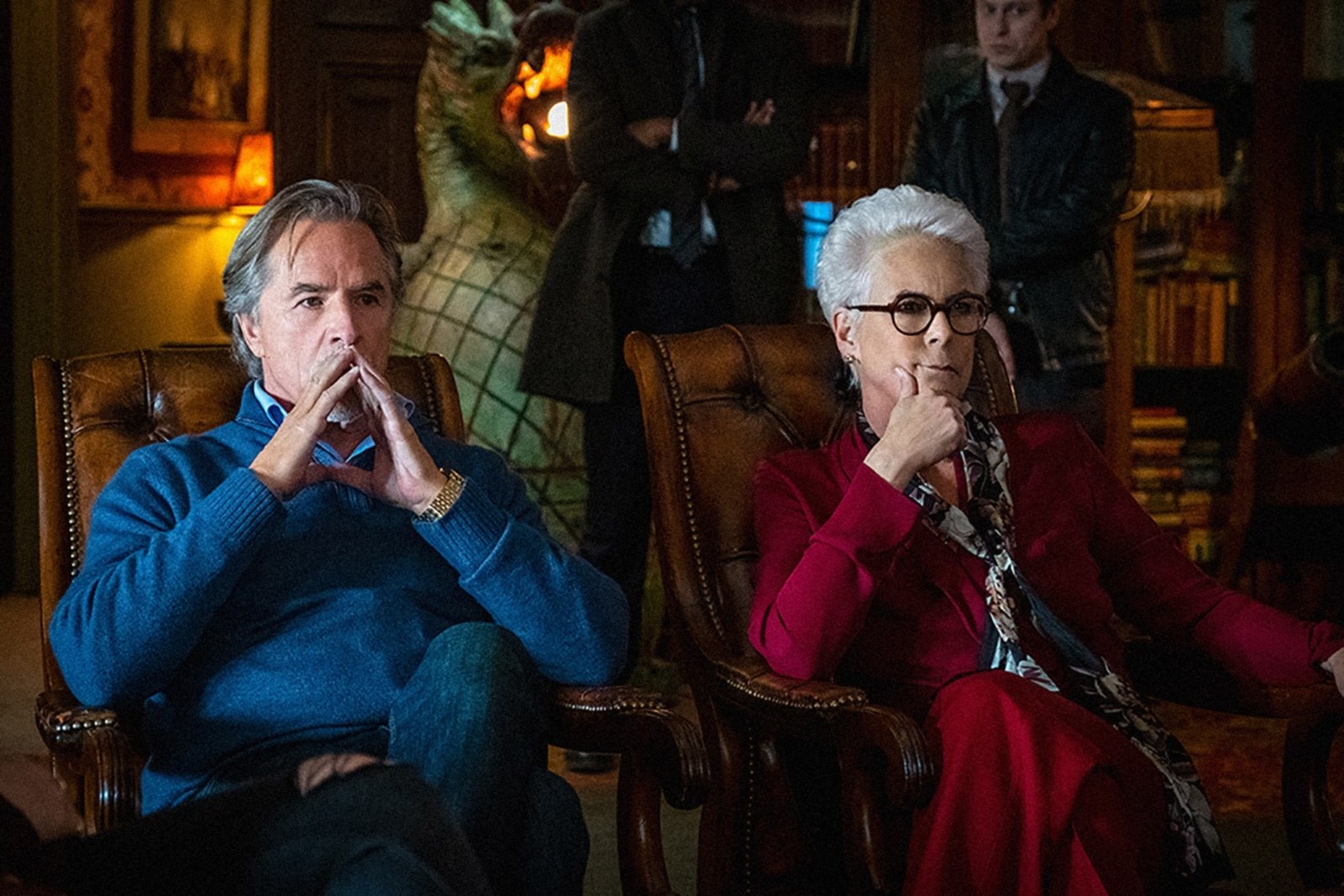 It’s your typical Agatha Christie mystery type, really: a family of people all with motive to kill surrounding an elderly man who is dead, and a supremely clever detective on hand to solve the case. Breathtakingly simple to understand, the joy of the film isn’t so much in unravelling the mystery but watching everyone in the film, particularly Daniel Craig, having an absolute blast with the cliches and tropes the genre allows. There’s affairs, lost fortunes, angry siblings, bitter widows and scornful, sullen children, there’s well-meaning but utterly flummoxed local detectives, a monolithic, sprawling, multi-tiered residence in which all manner of dark deeds could be wrought, and of course there’s the ticking clock of mystery to be solved. Johnson’s screenplay lurches in all manner of directions in giving us all the pieces of the puzzle to solve it, a vast onslaught of exposition, flashbacks and rewinds giving us the variety of characters, plot twists and hidden depths any great mystery needs to succeed, and in this aspect Knives Out is brilliantly conceived. Johnson plays with the tropes – there’s a building torched to hide a crucial clue to solving the mystery, and I chuckled when one of the characters pointed out the conveniently melted security cameras which might prevent suspect identification; this script has plenty of rug-pulls to keep the audience on their toes – but he never overplays his hand, retaining the seriousness of a murder mystery with the gleeful wink-wink of playful theatricality. 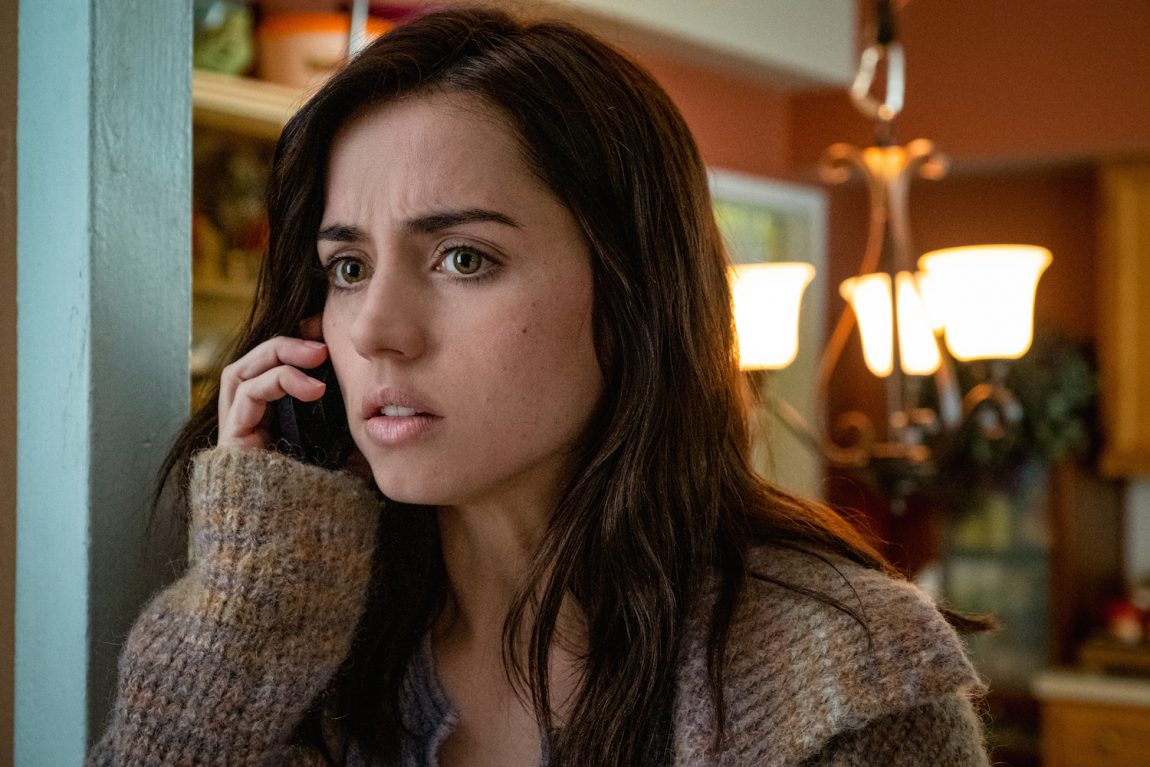 And the film is hugely theatrical, with Johnson’s acutely pristine visual flair serving his conundrum-spruiking story well. The tableau is the drizzled musky grey of the Massachusetts landscape, the moist air and waterlogged ground dampening the atmosphere to provide a vaguely Gothic approach to the story’s tone. Various supporting roles, such as that of “alt-right grandson troll Jacob (Jaeden Martell) and Harlan’s octogenarian mother, Wanetta (K Callan) and the local Chief Detective, Elliot (Lakeith Stanfield), support a well rounded ensemble of leading players, each of whom have easily identifiable traits and personalities, cinematic shorthand intended to evoke specific feelings and anticipatory thinking towards what their part in this story might actually be. The great thing about mystery films, especially good ones, is that the viewer is always second-guessing themselves to try and outwit the director; you should know, with Rian Johnson at the helm you ain’t going to succeed. Surprisingly, however, the film gives away its “killers identity” reveal quite early (or does it…..?) and at times I felt quite befuddled as to exactly what the purpose of exposing the killer/assailant so soon might be, until the film hoodwinks you even further with a carefully constructed motive – frankly, motive has never truly worked for me as a film viewer given that they’re typically half-assed and poorly conceived, but Johnson has gone the extra level and actually put work into the why, as well as the how and who. This is important, because it shows a respect for the audience. 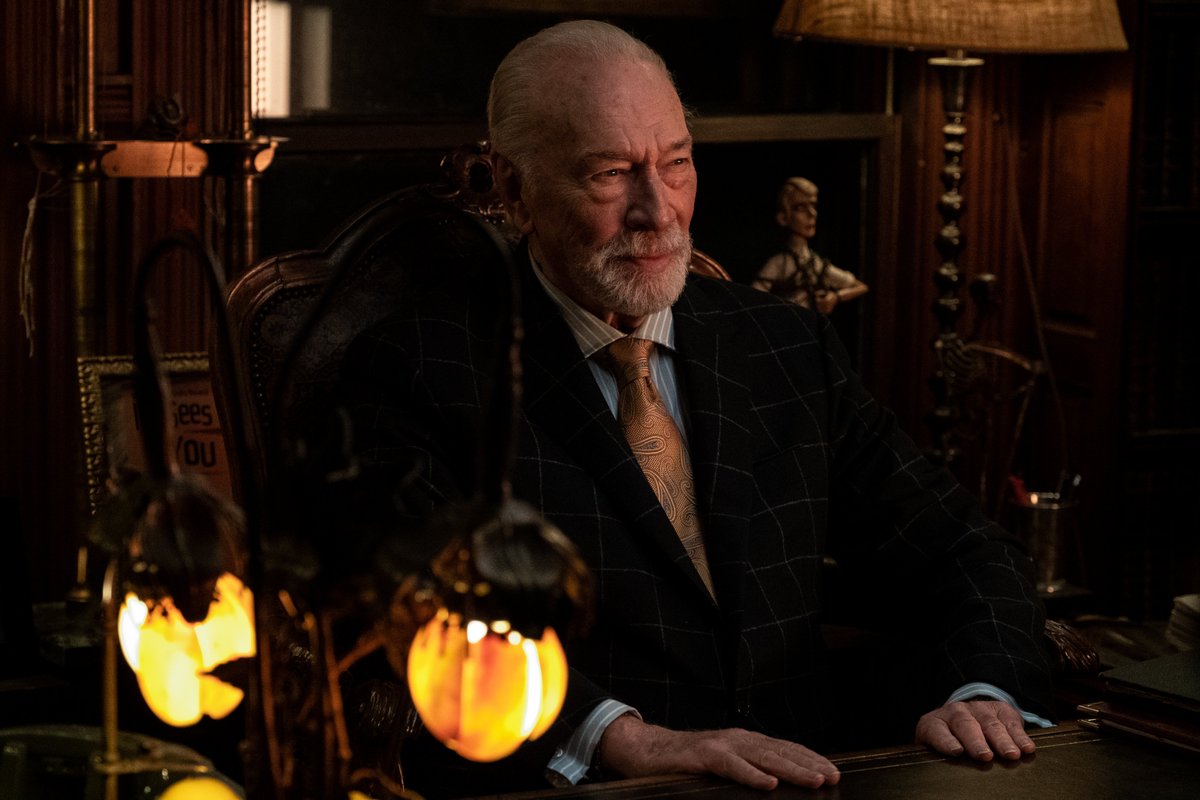 Holding the film together isn’t so much the work of Daniel Craig, who is brilliant in the part of Benoit Blanc, but rather Ana de Armas, who forms the central figure in this tragic tale and upon whom the entire film rests. Armas, as Marta, Harlan’s longtime personal nurse, is sublime, transitioning from innocent bystander, to not-quite-so-innocent victim, to scared-for-her-life escapee in a manner that feels intuitive and genuine. The film stops to dip its toe into bashing the shit out of President Trump’s “Mexican kids in cages” crap, which allows the film to use racial discrimination as a subtle threat to Marta’s livelihood, and whilst the rest of the cast seemed to know they’re in a silly little murder mystery thriller, Armas has a depth of conviction in her role and her performance that elevates the film to another level. Daniel Craig might get all the headlines, but Armas is the heartbeat of the whole show. 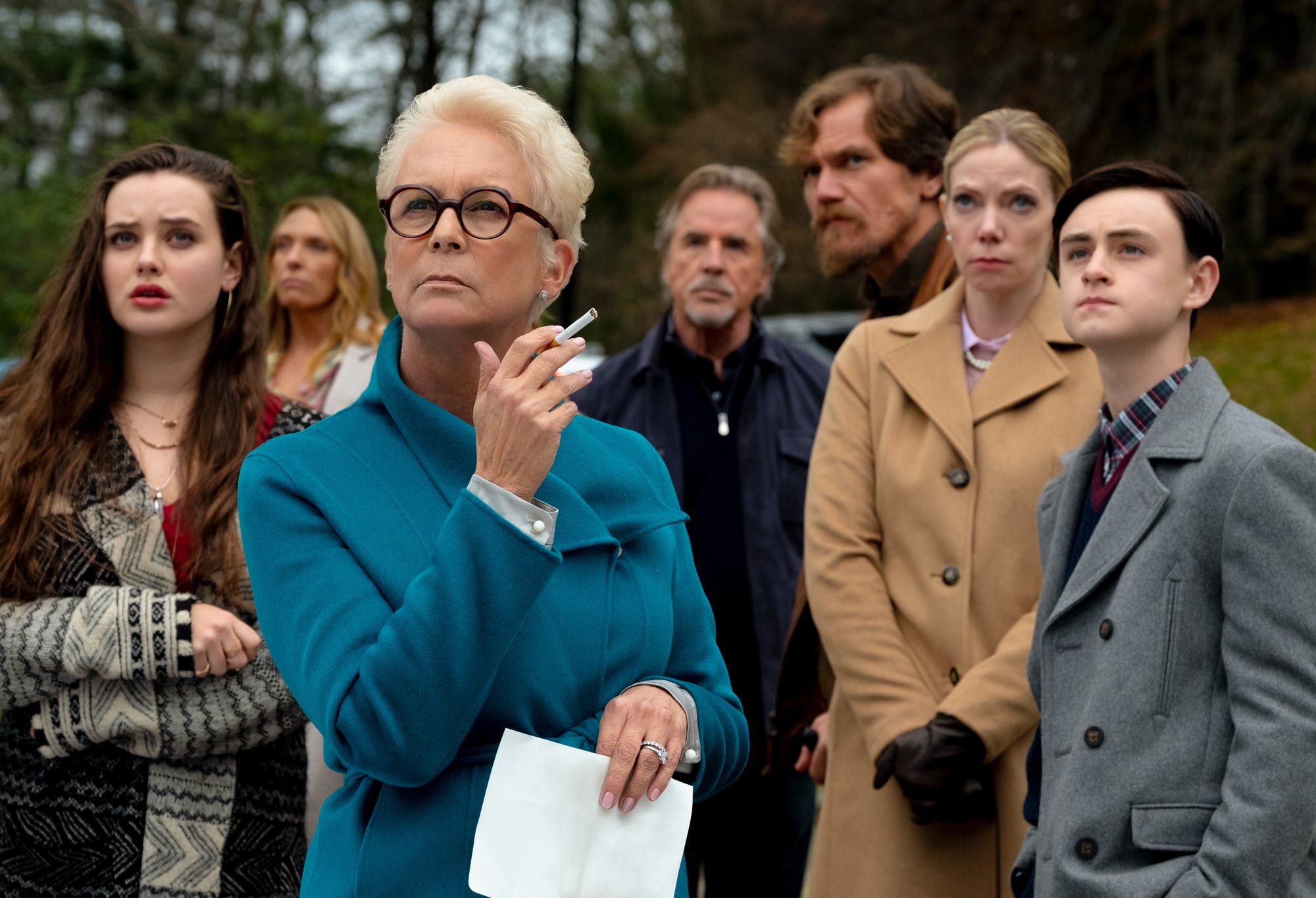 Adroitly supporting the film are luminaries Jamie Lee Curtis, as the embittered daughter of Harlan Thrombey, whose work here is somewhat maniacal, Don Johnson as the racist uncle we all hate a lot, Michael Shannon as the physically infirm son which gives the actor a chance to lean in to being really, really creepy, and the equally talented Toni Collette, who gives the wastrel Joni a kind of Bohemian attitude continually at odds with the rest of the family. Chris Evans is his airbrushed handsome self as the loathsome Ransom Drysdale, Harlan’s brattish grandson, his perfect Captain America face at odds with his belligerence and arrogance. And spotting Frank Oz, who worked with Johnson on The Last Jedi, as the non-puppet family lawyer, and M Emmett Walsh as the dithering groundskeeper of the Thrombey residence, are pleasant and welcome surprises. In terms of performance, nobody puts a foot wrong here. 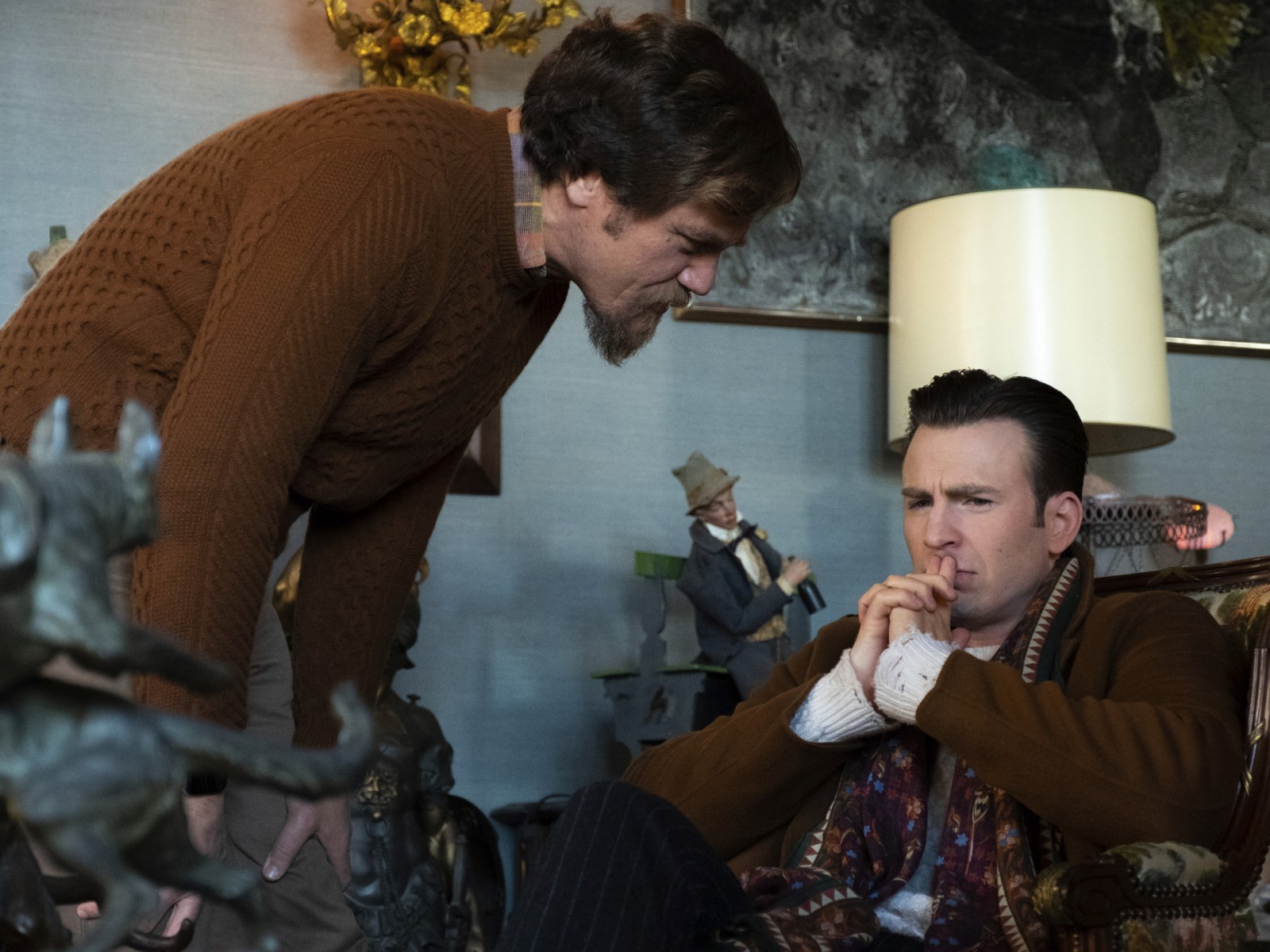 Knives Out is both a celebration of, and homage to, the great detective films of a bygone era. It’s a slick modern update filled with crossed wires, misheard conversations and subterfuge in almost every frame. It’s a delight, this film, not just to listen to Rian Johnson’s delectable dialogue delivered so adroitly but to watch the sublime cast wading hip deep into the premise and scandalousness of it all with a sense of perverse fun and thrill. Even Christopher Plummer, who seems to have been sleepwalking through the last few years of his career, is having a great time here. With its taut pacing, clever cinematography and editorial panache, dexterous exposition and ability to wring both the humour and danger out of every moment, Knives Out is yet another masterclass in genre film-making from a man who continues to impress with his rapidly widening skillset.